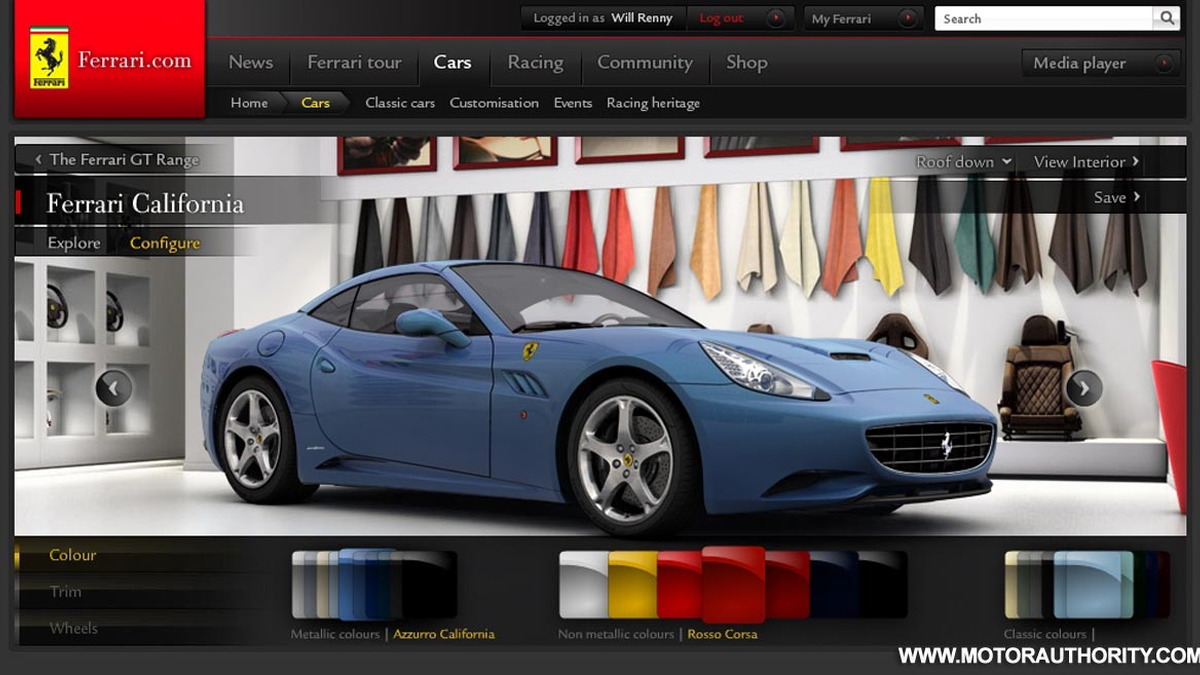 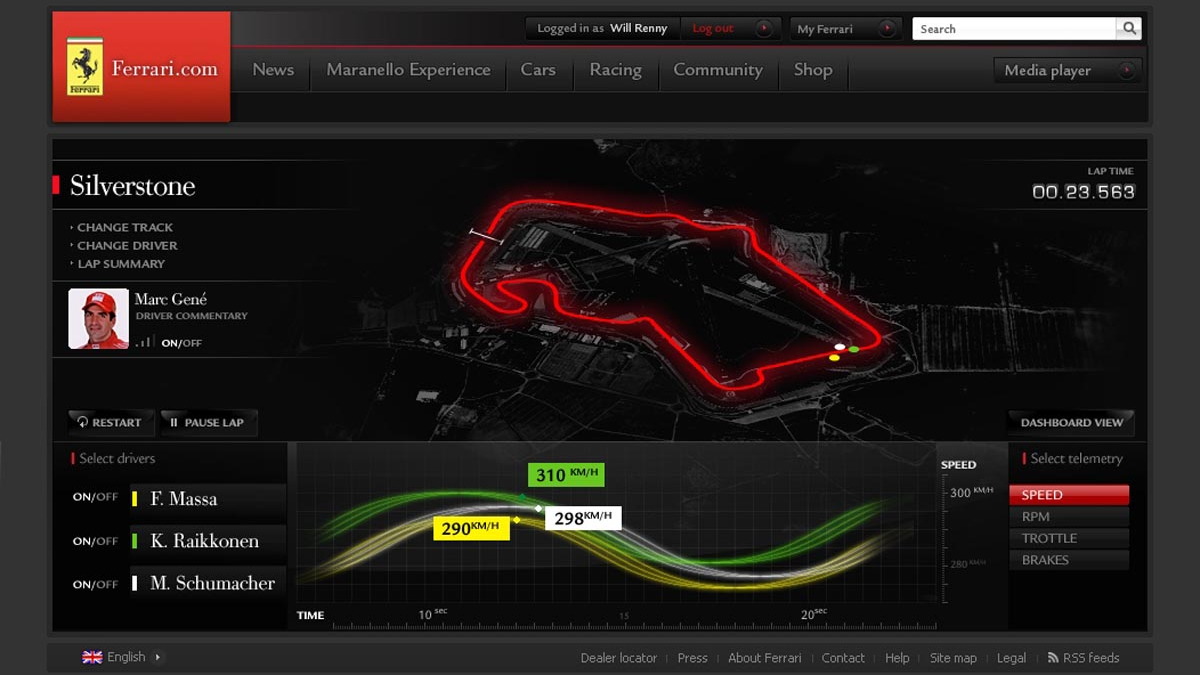 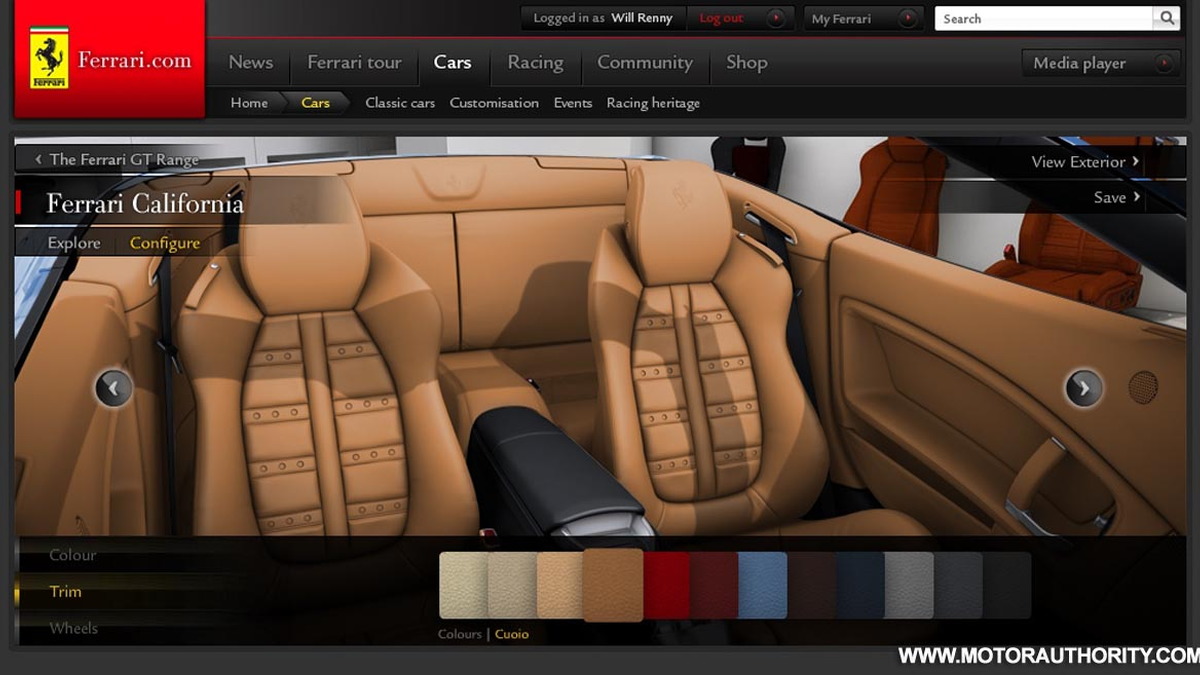 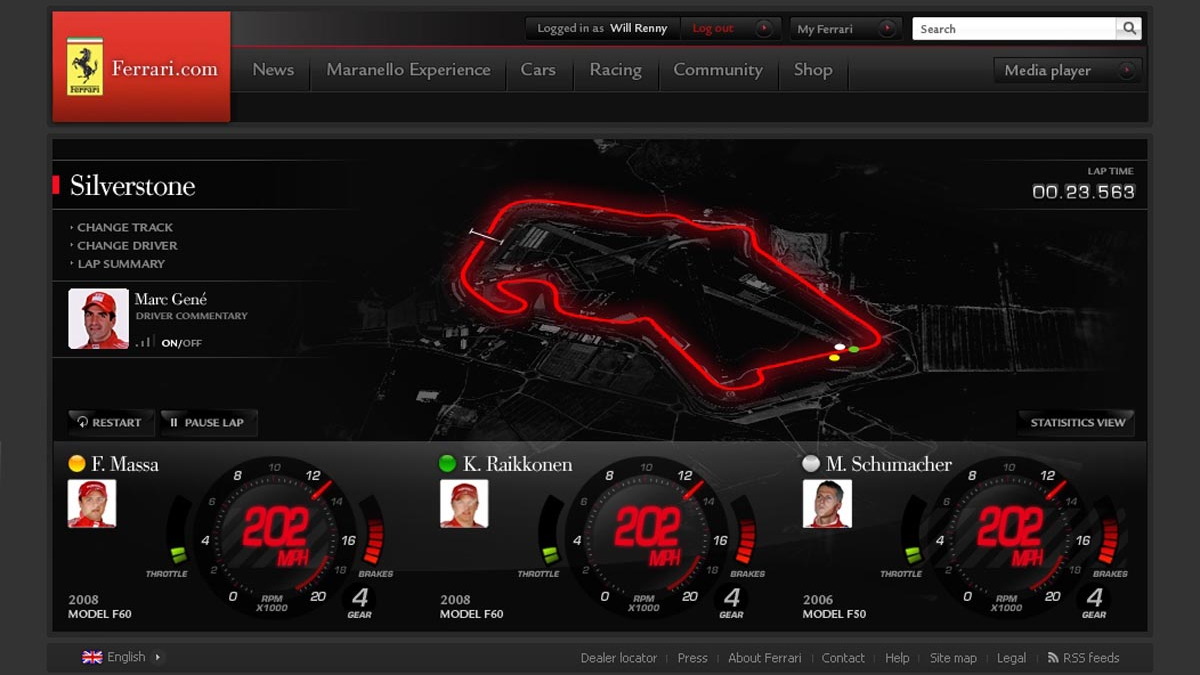 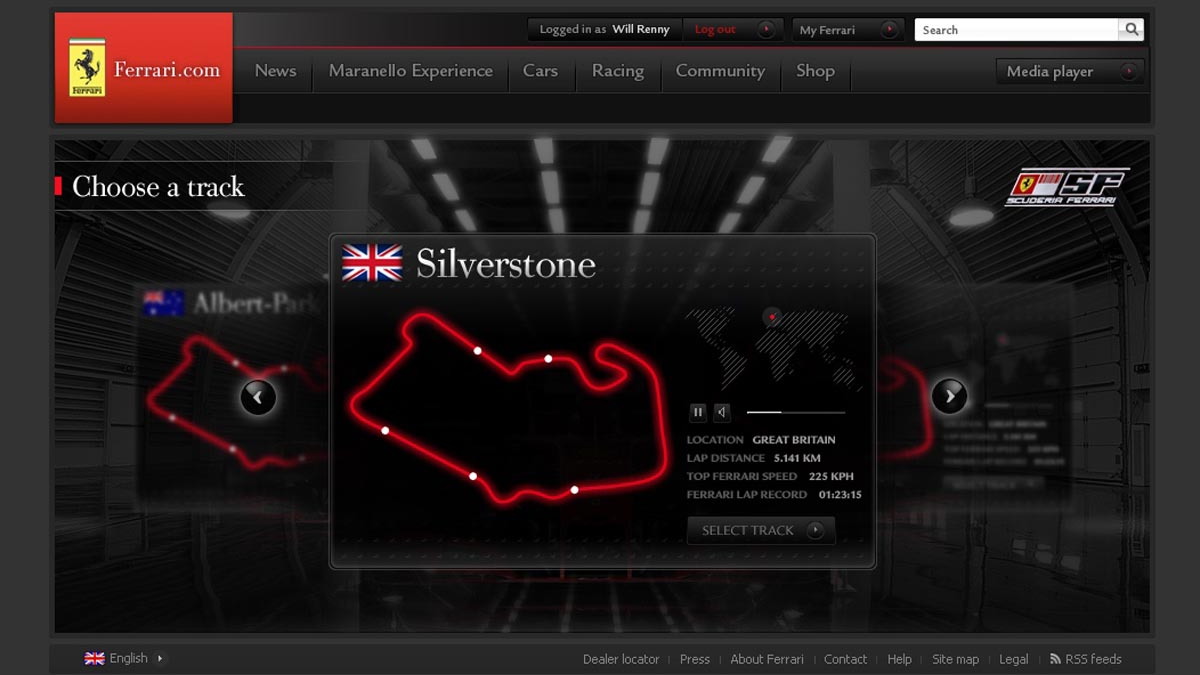 9
photos
Ferrari plans to launch an updated version of its official website this Sunday to coincide with the season opener for the 2009 F1 series. The site – www.ferrari.com - has been completely revamped and now offers users, whether they’re clients, car nuts, or motor racing fans, a behind the scenes look at the world that is Ferrari, as well as plenty of other unique experiences.

First and foremost is a new feature called the Maranello Experience, which allows you to take a virtual tour of the entire Ferrari complex in Italy. You enter through the historic gate on Via Abetone, as you would in reality, and then move on to the various new production areas. There are 360-degree images and video clips of each building as well as dedicated explanatory text explaining the significance behind each dwelling.

Head over to the GT & Sport cars section and you will be able to view all of the cars in the current range, which you can then explore, zooming in on details of the exteriors and interiors of each model. We’ve already seen a preview of this feature, which was set up for the F430 Scuderia and showed off the car’s cabin.

The site will also allow you a chance to personalize your favorite model by choosing from a range of optional extras and colors. After that, all that remains is to turn the virtual key and listen to the sound of the engine before heading out for a test drive at Mugello. This is probably the best feature of the new site as it allows you to compare your driving skills with those of Michael Schumacher, as well as get some handy tips.

Other sections include live updates of all the F1 news, including how the drivers are feeling and what they are doing through their personal blogs. During races, the site will also feature a virtual pit area where you can watch all the action as well as consult the telemetry readings coming in from each car - not a bad way to spend your Sunday.