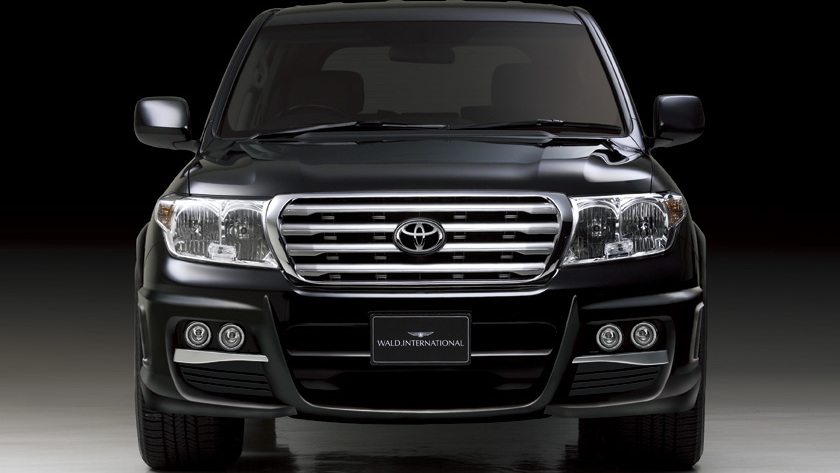 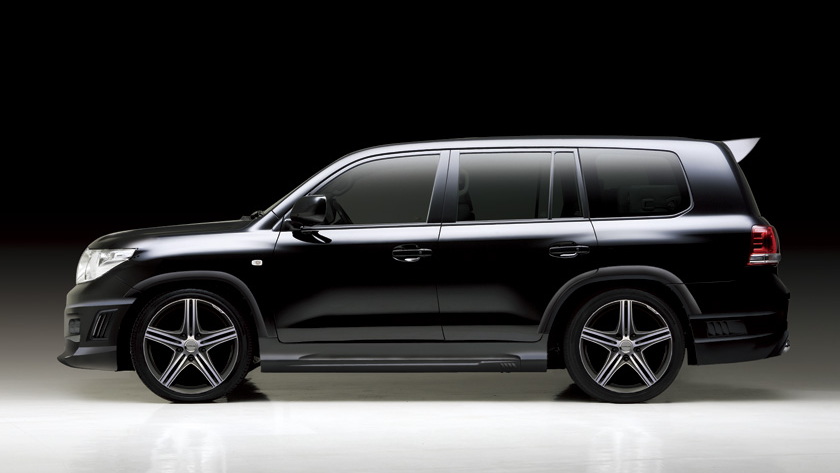 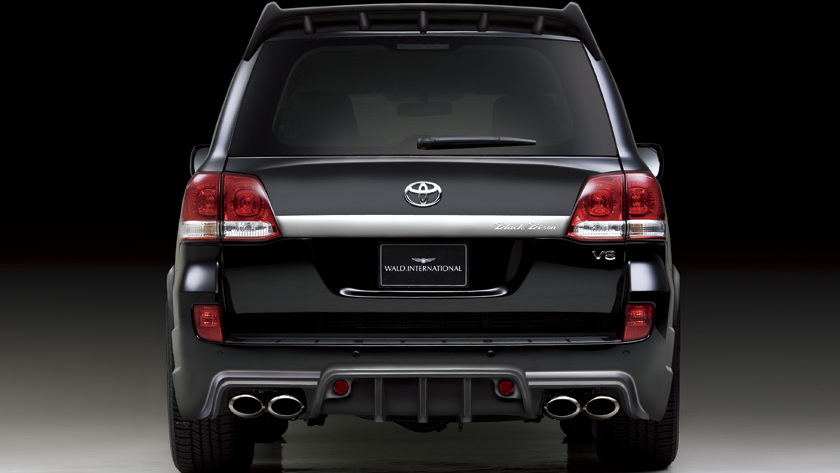 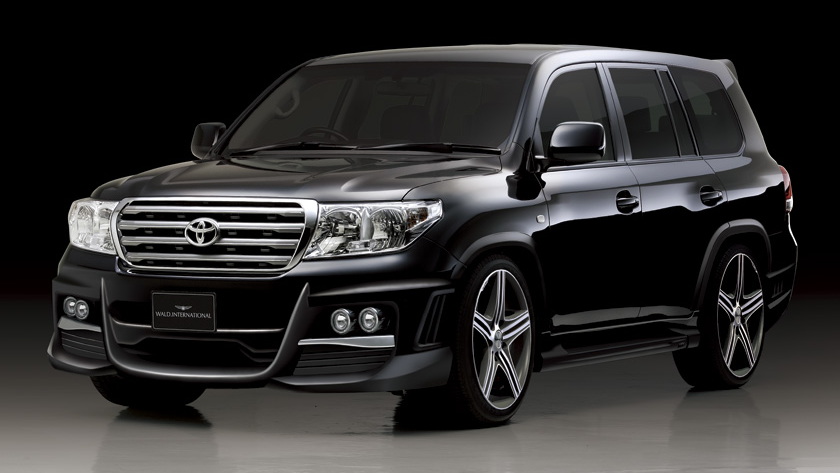 5
photos
Japanese tuning house Wald International has a wide range of styling and performance kits for nearly every major luxury car brand on the market, but this time the company has focused its attention on a humble Toyota, albeit one of the biggest Toyota’s ever produced. The car is the latest 200-series Toyota Land Cruiser, a vehicle whose design was dictated by the constraints of off-roading and a mainstream target market.

The new kit offers a significantly more aggressive look for the Land Cruiser owner not satisfied with the reserved look Toyota imbued the SUV with at the factory. Adding larger, more angular front intakes with a separate brake duct and a lower splitter, the front of the Cruiser looks much more purposefully fast than the stock version. A slightly wider side-sill treatment flows to the rear side skirts, which receive Wald’s trademark shark-gill extractor vents behind the rear wheels.

A custom diffuser under the rear end looks like more than just a pretty piece of molding, and coupled with the bootlid spoiler, should help improve downforce at speed.

Aside from the spoiler at the back of the vehicle, the kit builds on the Land Cruiser’s basic look, adding aggressive styling to match the powerful engine under the hood. The kit is still in the development stage and is expected to be released later this year.