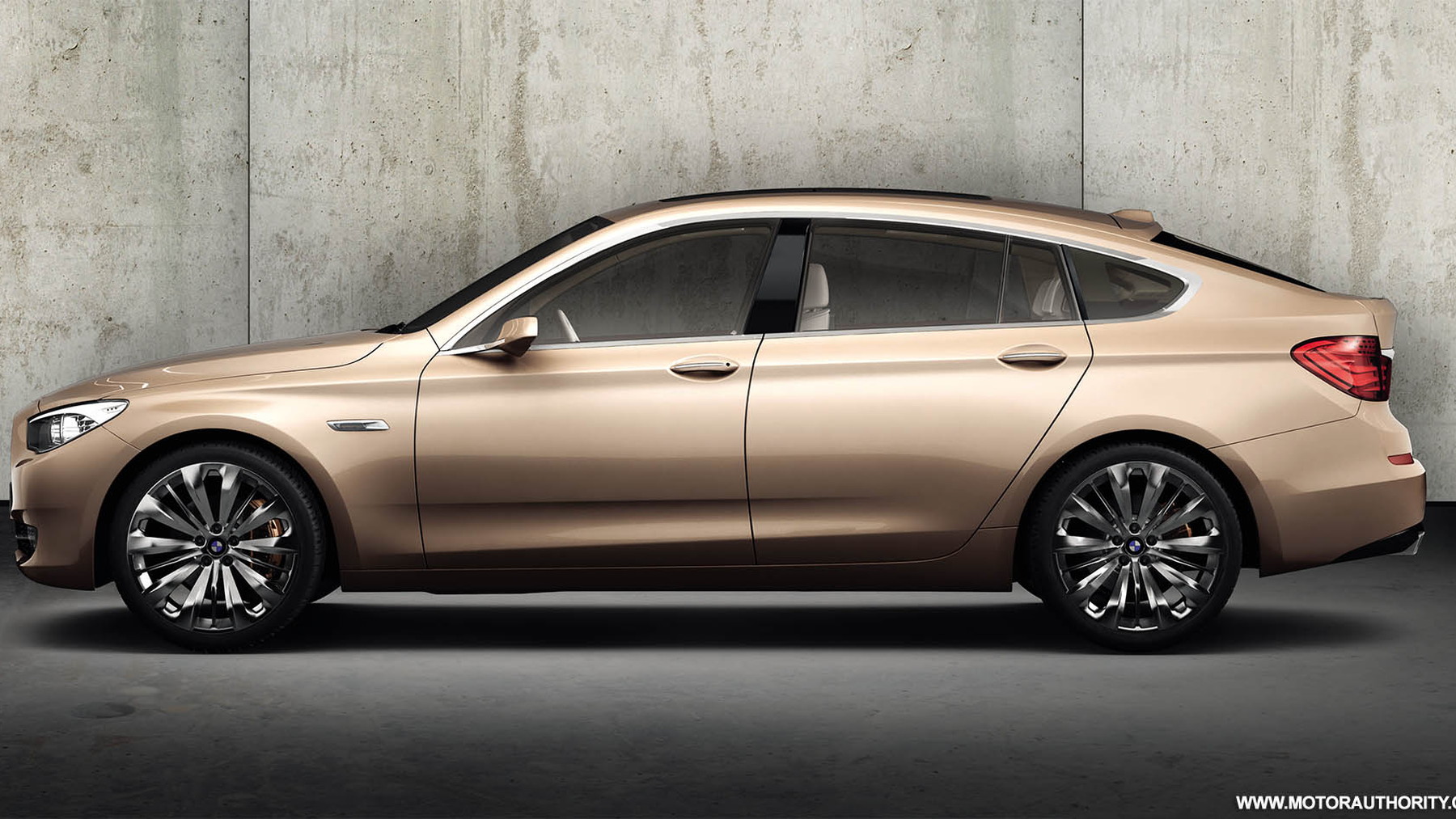 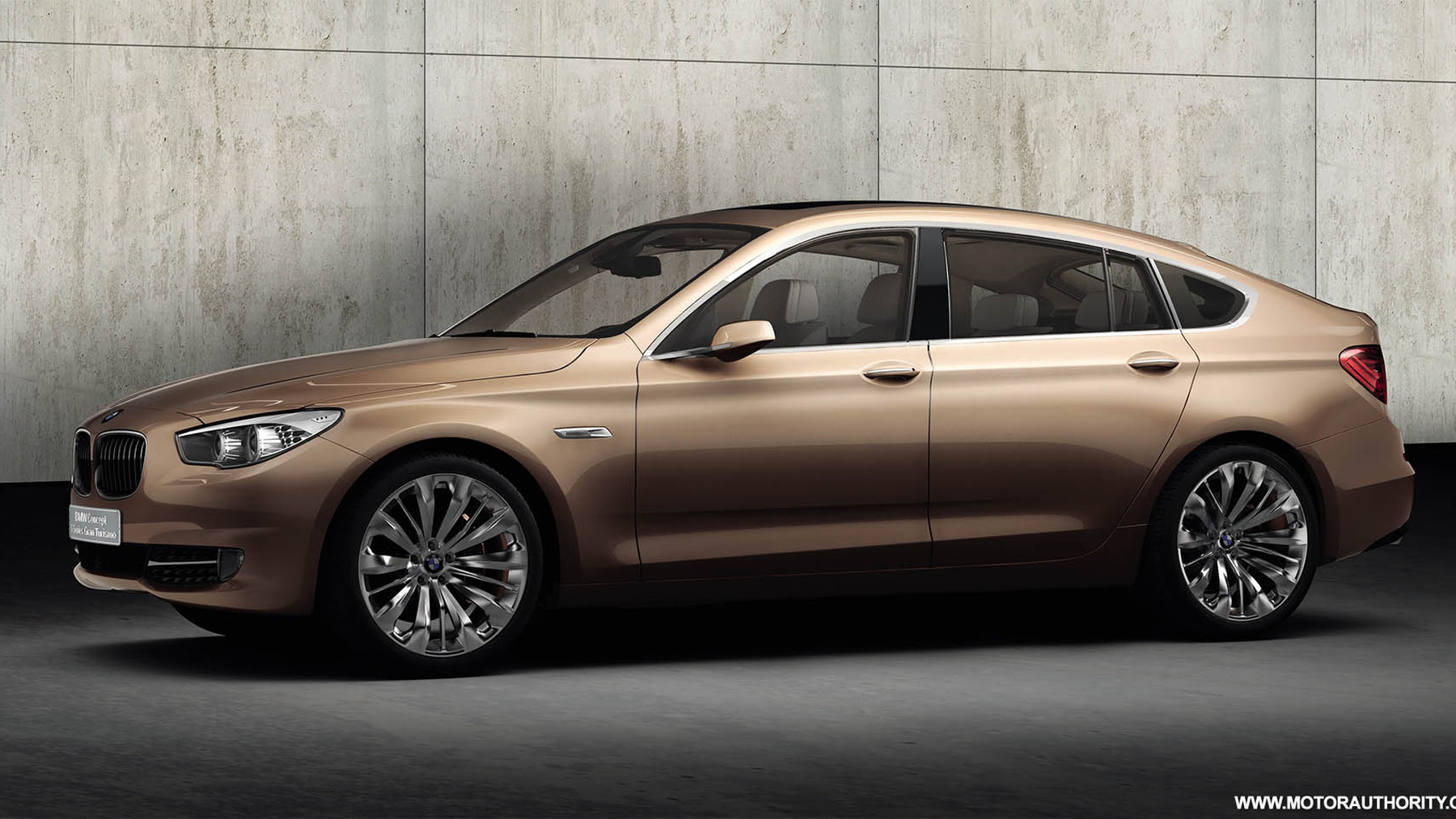 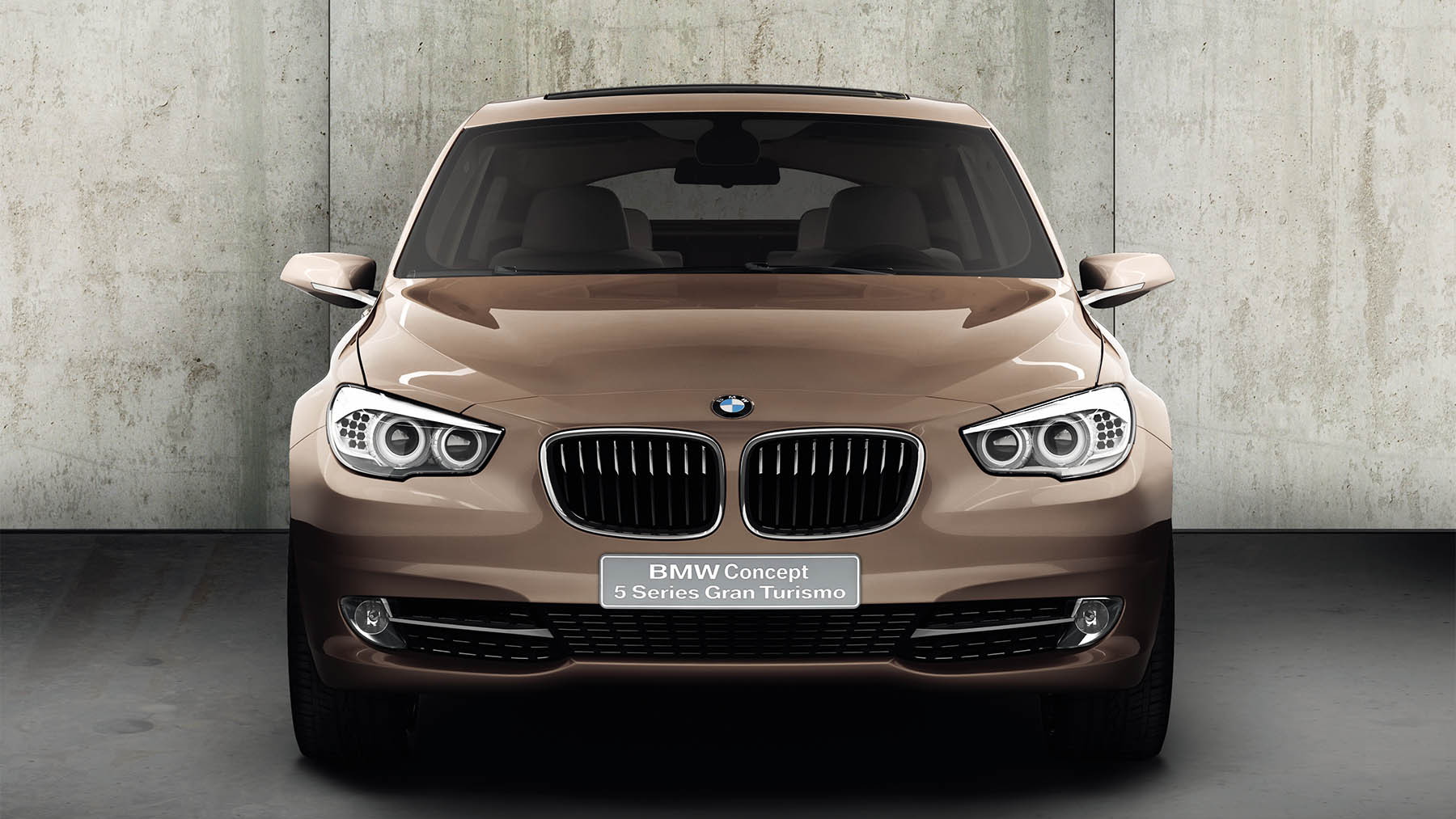 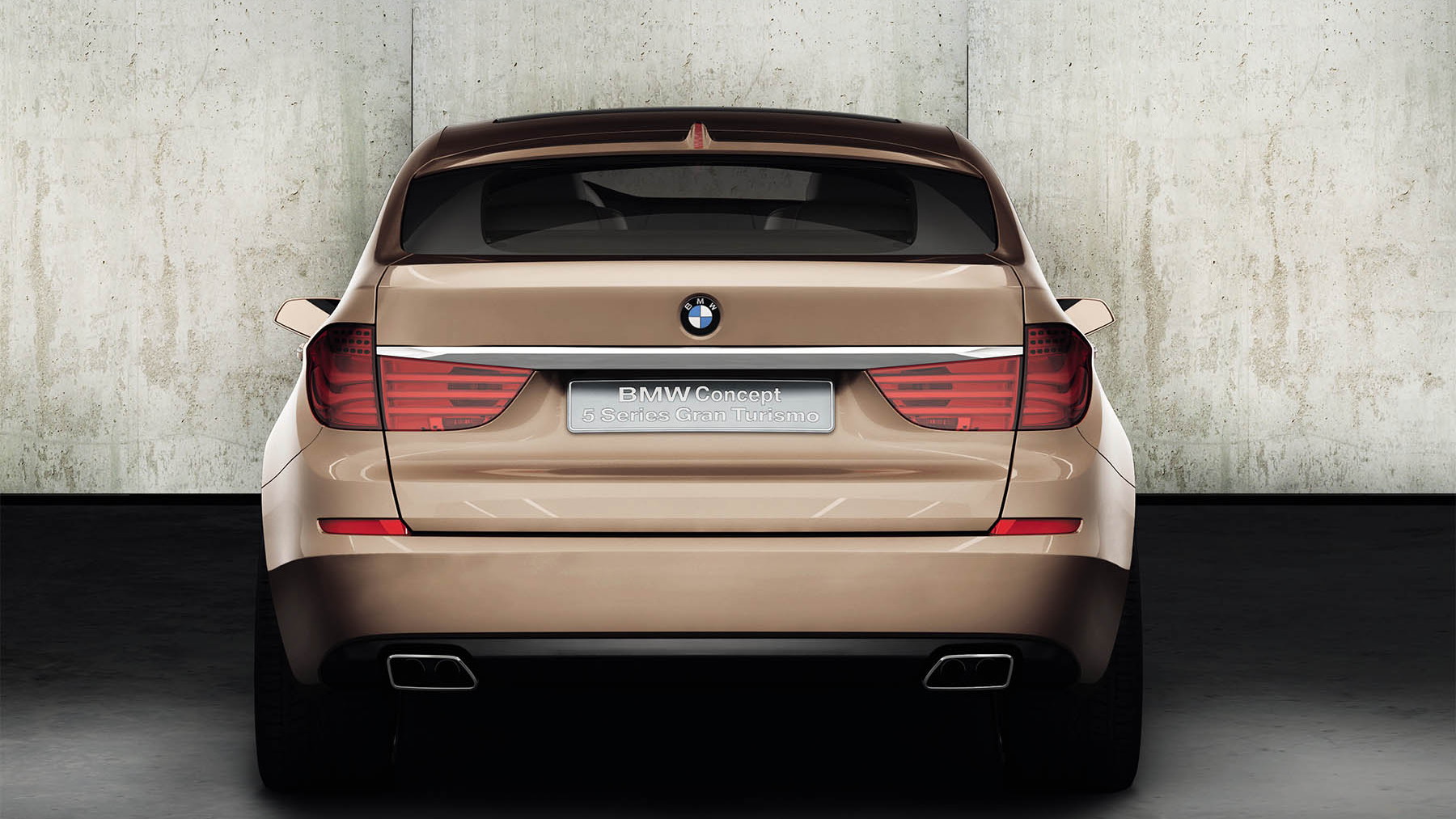 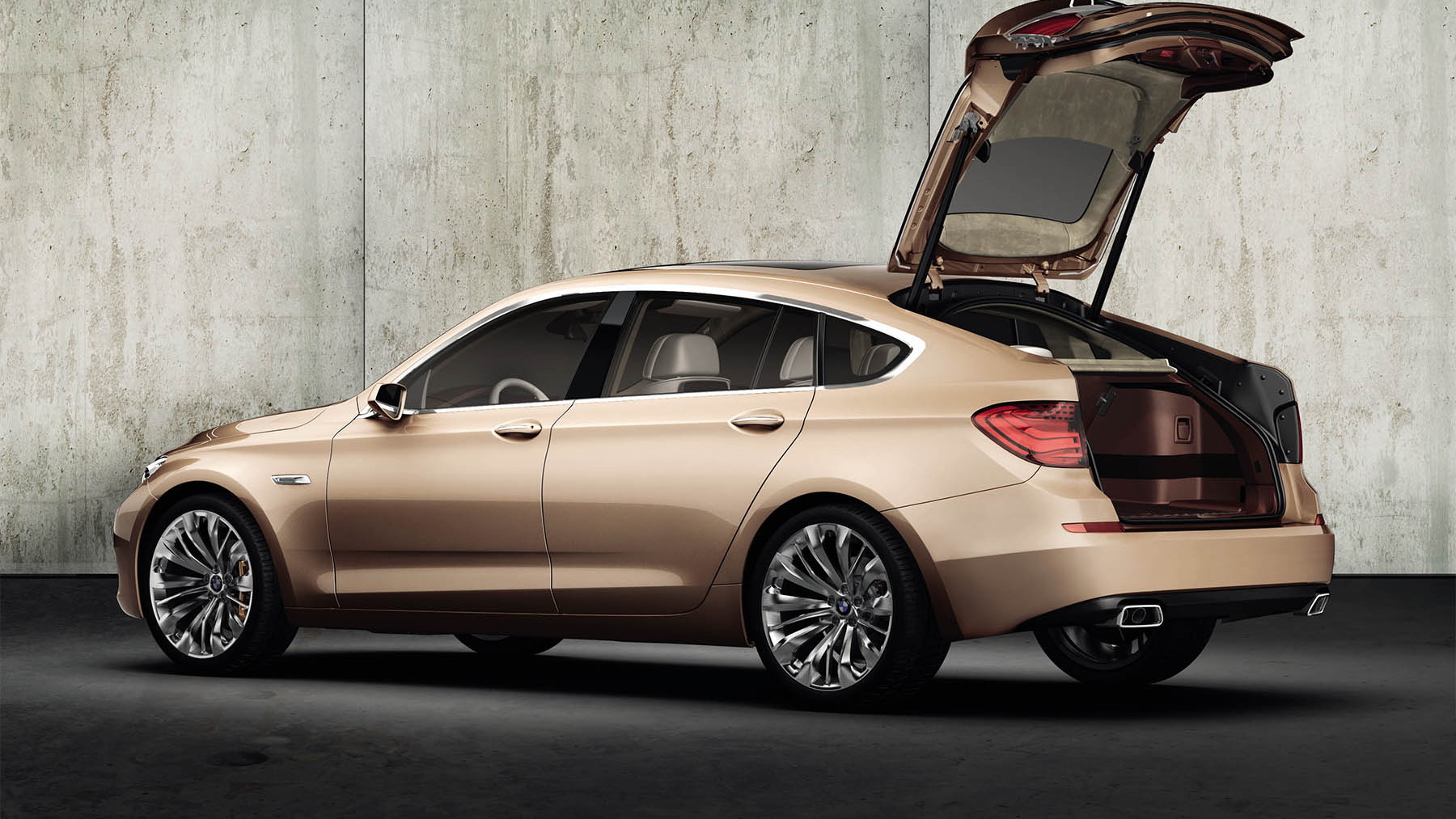 41
photos
In late 2007 BMW CEO Norbert Reithofer revealed plans for several all-new models including a design study called the Progressive Activity Sedan (PAS). Today we have the first tangible evidence of the new PAS in the form of the 5-series Gran Turismo (GT) concept vehicle.

Set to debut at next month’s Geneva Motor Show, the latest concept vehicle not only previews the production 5-series GT due to go on sale in November but it also gives a clue as to the final design of the next-generation 5-series saloon.

The body of the 5-series GT features a mix of elements from crossover, hatchback and wagon bodystyles, melding them together to create something that is relatively unique in the automotive world. While the styling may not be to everyone’s taste, BMW insists there is a market for a premium wagon with a coupe-like profile and plenty of innovative storage solutions. A take on the famous Hofmeister kink can be found at the rear of the window line, turning a very non-classical BMW profile into something more recognizable.

At 4.99m in length, only the flagship 7-series is longer than it. This provides plenty of room inside for passengers but oddly BMW has added seating for only four. One of the vehicle’s standout features is the new two-tiered tailgate. The design enables owners to only partially open the tailgate for small packages or stretch it all the way for bigger luggage. Storage space expands to a generous 1,650L when the rear seats are folded away. Otherwise owners will have to make do with just 570L.

Attention to detail abounds throughout the vehicle, with special touches such as the frameless windows, aluminum accents, elevated seating position, panoramic glass roof, and two-tone interior. Horizontal lines dominate the styling, while a 10.2in display panel using 'black panel' technology first debuted in the 7-series lies in the center stack and serves as the primary instrumentation and control interface for the car. Rear legroom is claimed to be as good as in the 7-series, making the 5-series GT a possible option for people needing to regularly carry more adults than comfortably fit within the 5-series.

BMW is yet to reveal what powertrain options will be available for the 5-series GT but expect to see most of the engines from the new 2010 5-series carry over. BMW is expected to launch the car initially with a new eight-speed automatic and six-cylinder engines and then expand the range to include an xDrive AWD option and V8 powertrains.