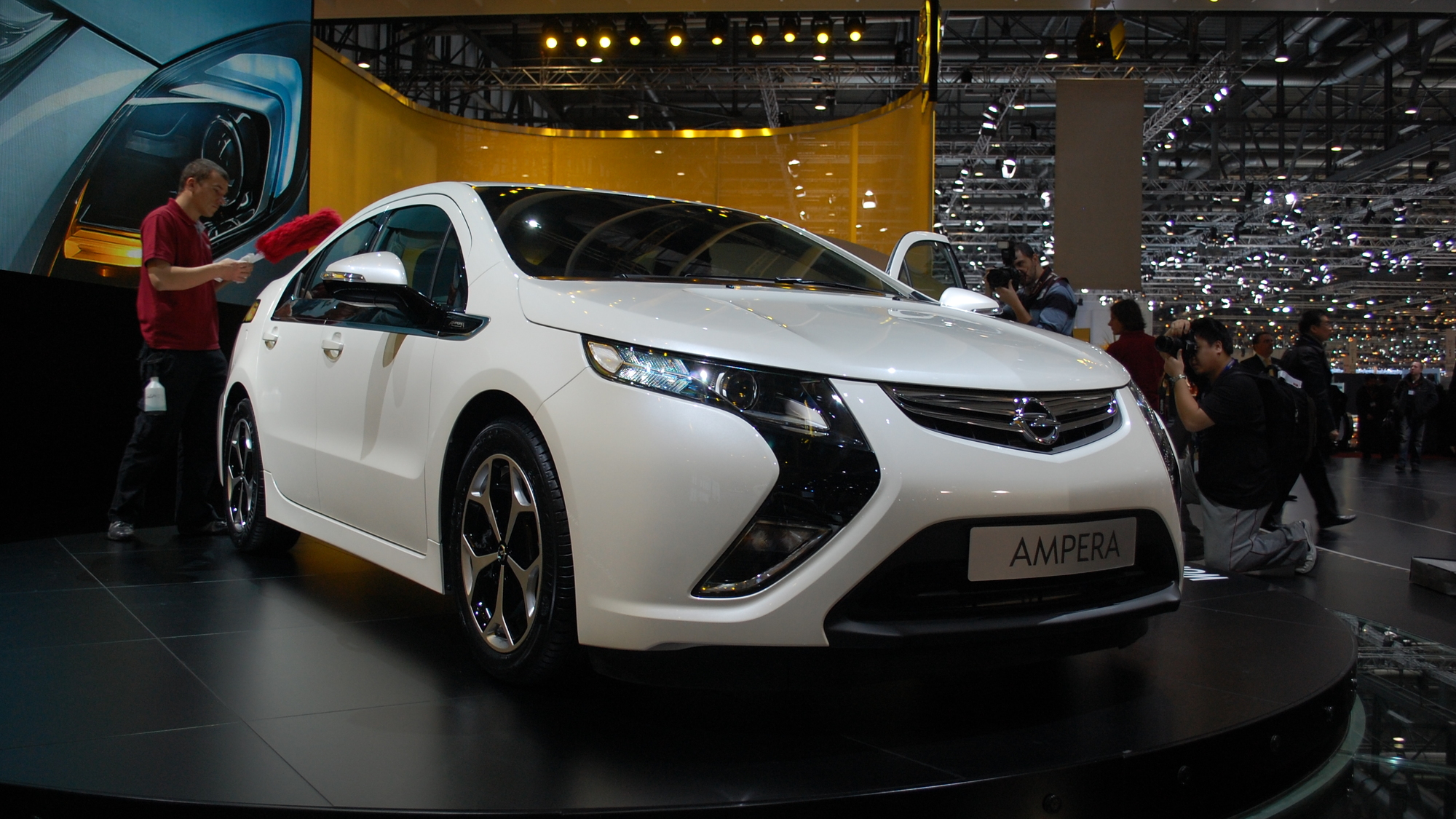 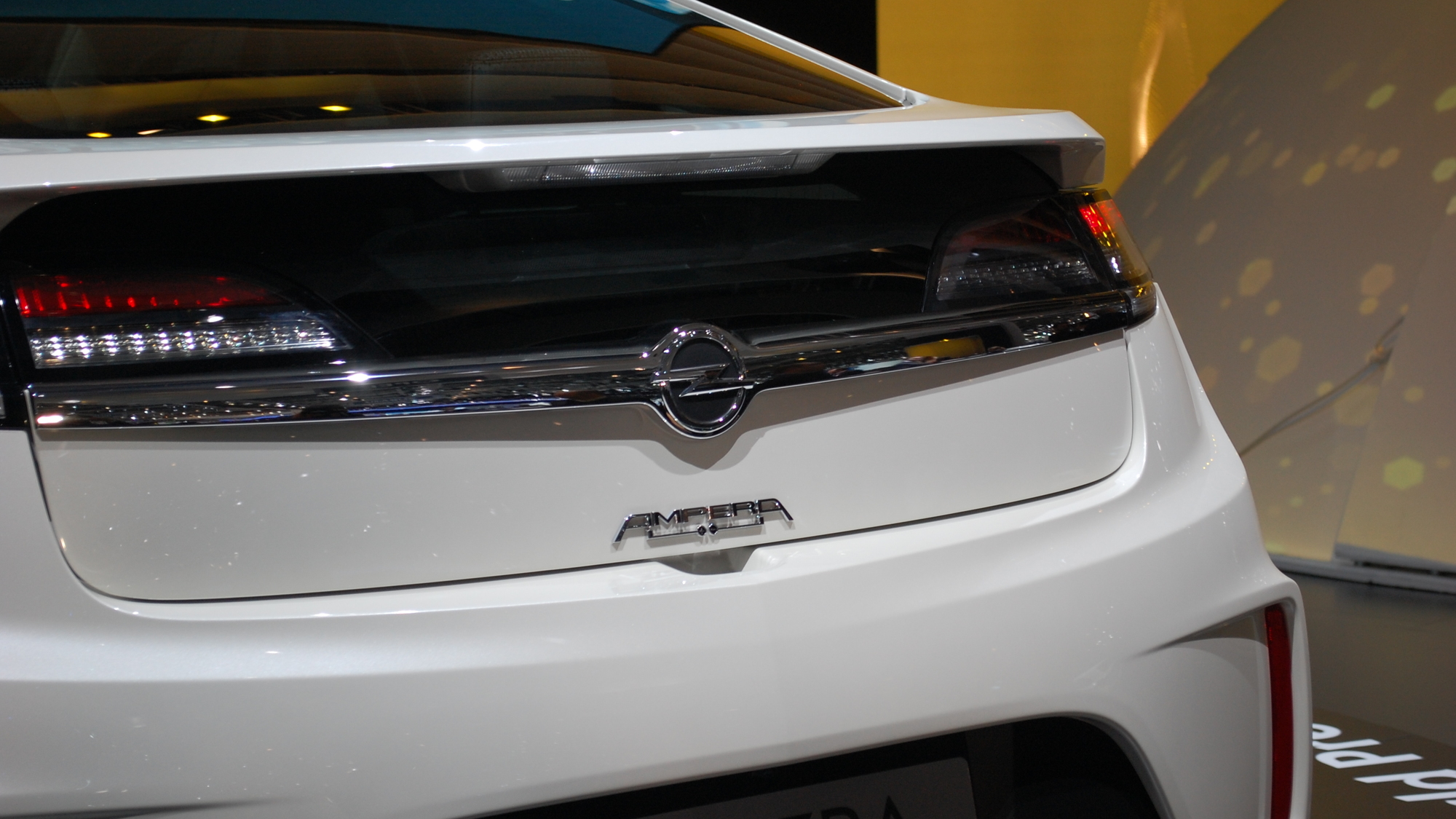 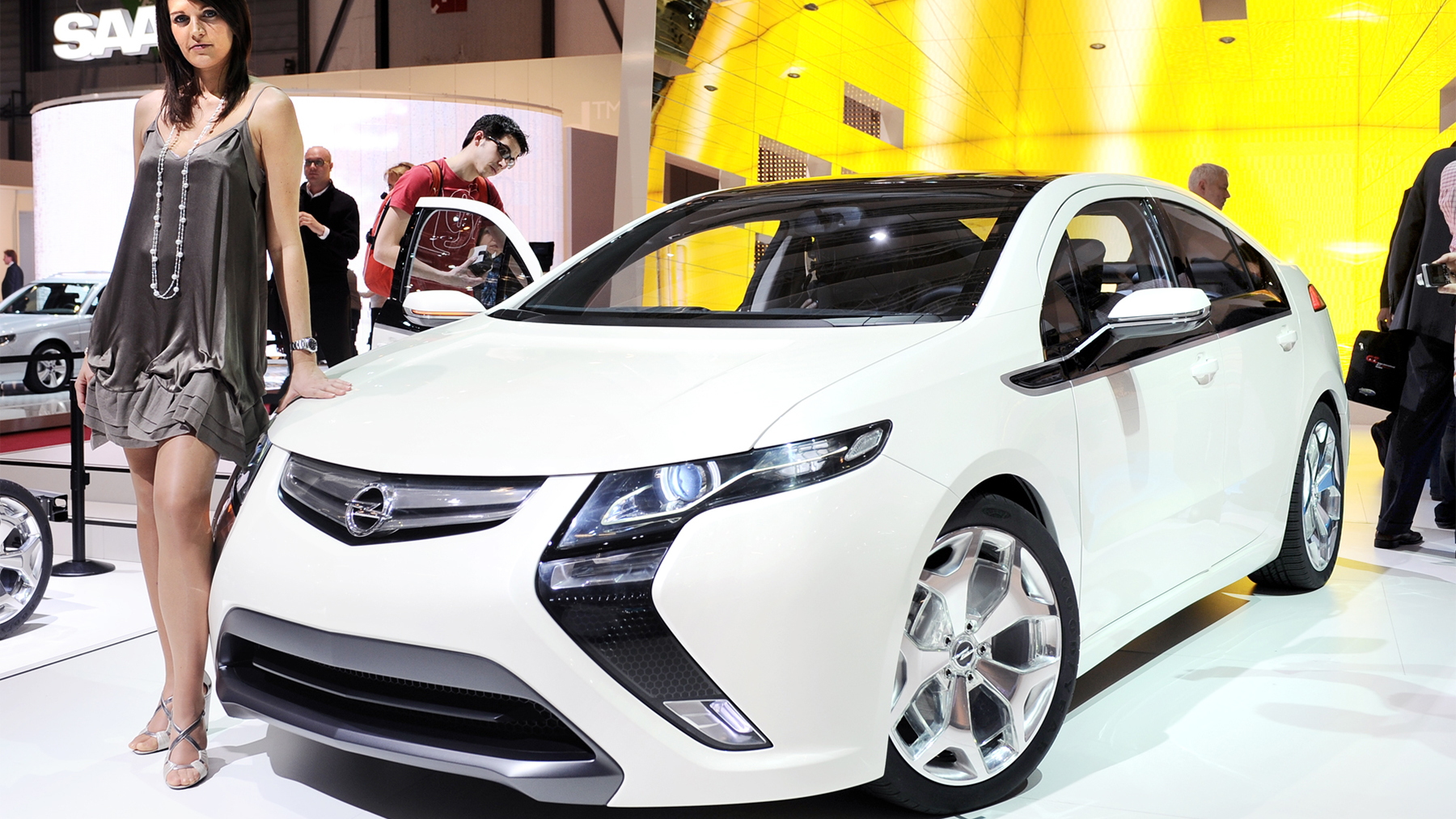 The Chevrolet Volt is still nearly two full years from production, but the Opel-branded version of it is already on display in Geneva. Today General Motors finally pulled the sheet off its European plug-in hybrid, revealing the car in full photographic detail.

The new Ampera is essentially Opel’s version of the Chevrolet Volt and it is set to make its full debut in production trim tomorrow at the Geneva Motor Show. While the Volt will first hit showrooms in the U.S. late next year, the Ampera isn't expected to go on sale until sometime in 2011. The official image joins renderings and previously leaked sketches to give us a preview as to what the Ampera will look like, revealing that its basic styling will remain almost the same as the Volt. Subtle differences will be unique bumper designs and alloy wheel patterns.

Powering the car will be the new ‘Voltec’ plug-in hybrid system that was showcased recently in the Cadillac Converj Concept at last month’s Detroit Auto Show. Voltec is the latest iteration of GM’s E-Flex plug-in hybrid powertrain and features both a compact internal combustion engine and an electric drive system.

For short trips of up to 40 miles, the Ampera will run only on lithium-ion battery power charged via a standard European 230-volt outlet. According to Frank Weber, the vehicle line executive for the Volt and Ampera, charge times will only take about two to three hours. This will ensure that the Ampera is well-suited to the daily driving schedule of most European customers. For example, approximately 80% of German drivers travel less than 30 miles daily. For longer distances, the car will continue to drive on electricity that is generated by the small internal combustion engine, boosting the driving range to more than 500 miles.

It's anyone's guess as to how the separation from GMwill affect Opel and the Ampera, though with the reveal of the car, it can be expected that their relationship will at least support the production of this high-tech vehicle, despite the distant launch date.