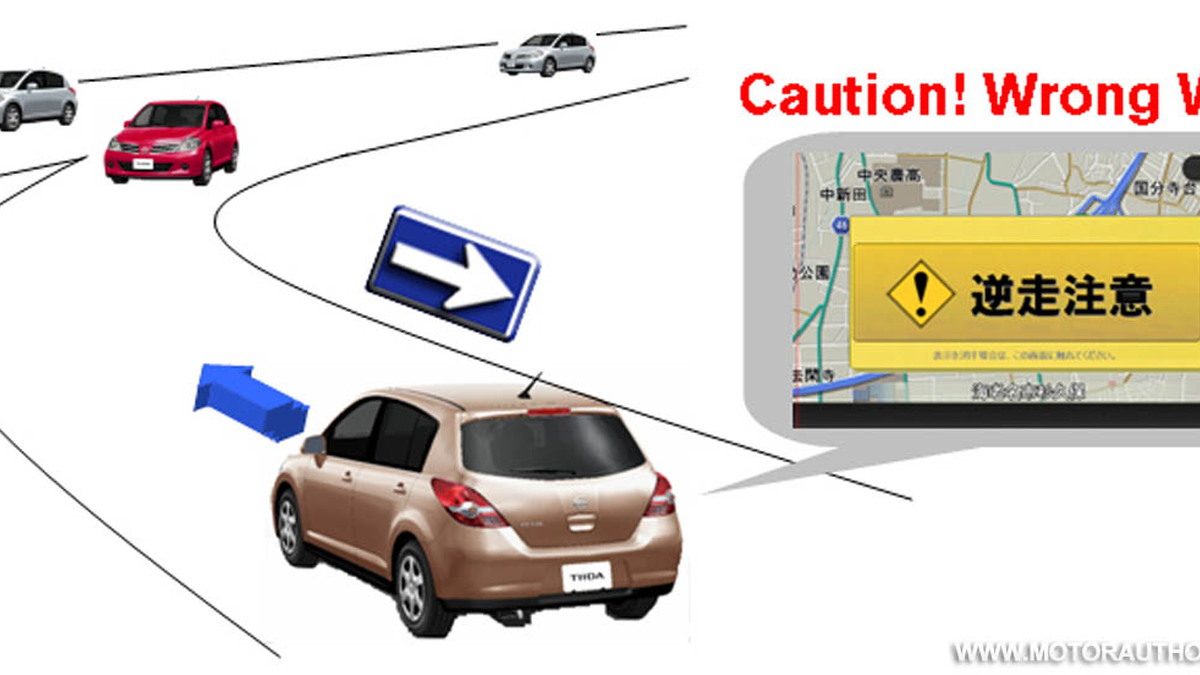 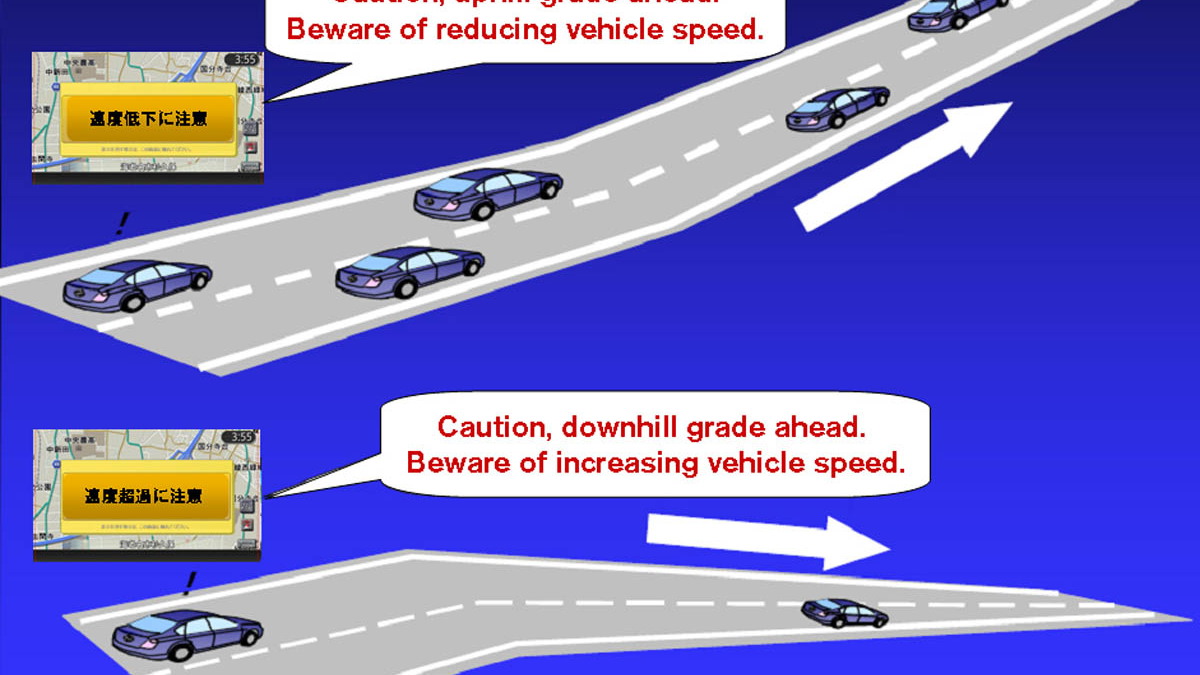 2
photos
The incidence of drivers going the wrong way up expressway ramps in Japan is apparently high enough to merit a specific effort to combat its occurrence. Nissan is working on a system that combines GPS location, a map database and an advanced telematic computer system to warn drivers if they attempt to go the wrong way.

Senior citizens are frequently at the wheel in such wrong-way accidents, and with Japan's ever-growing elder population, it's a forward-looking decision to begin the wrong-way prevention system, though it's burdened with the ungainly title of 'IT-Assisted Road Information System'.

Other features of the new system being co-developed with West Nippon Expressway (West NEXCO), include systems to warn drivers of unintended speed changes on ramps and downhill stretches to help further reduce accidents and congestion.

The system is already being researched, with public testing and demonstrations to begin in the near future. Nissan has lately stepped up its long-standing initiatives in car safety, incorporating new telematics-based systems, satellite data and live feedback from cars on the road to inform complex next-generation traffic, pedestrian safety, collision avoidance and location-aware safety systems.

Unfortunately for the rest of the world, many of these cutting-edge developments rely heavily on the advanced network and communications infrastructure inherent to Japan - at least for the present.