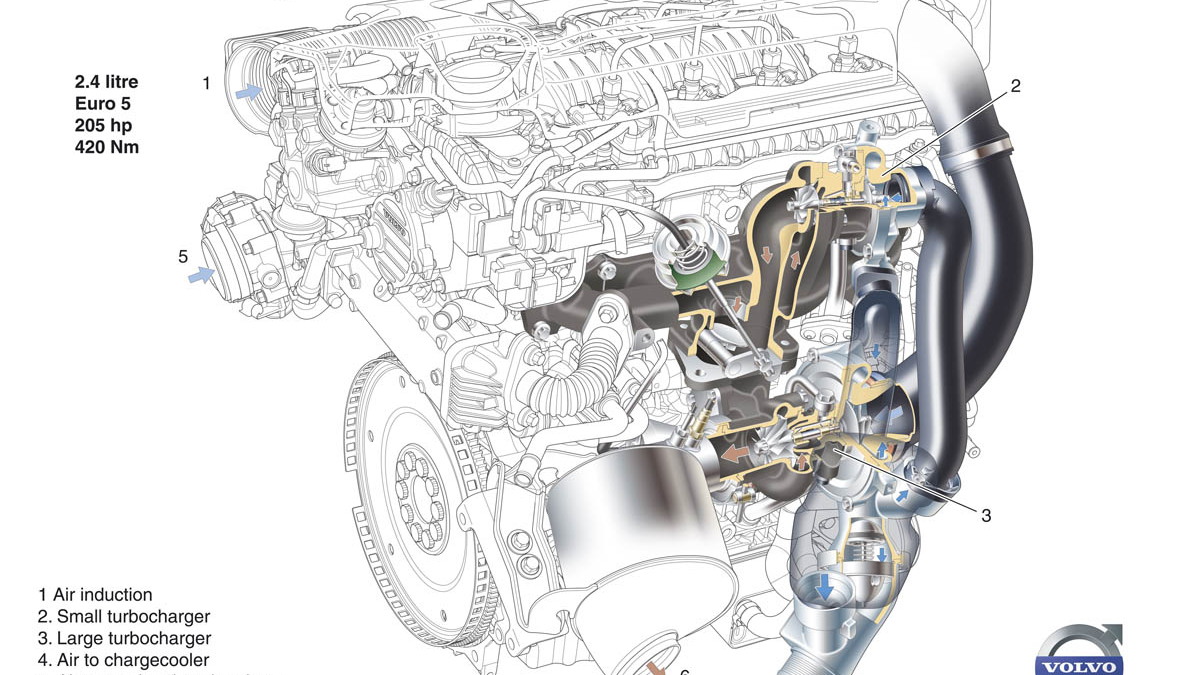 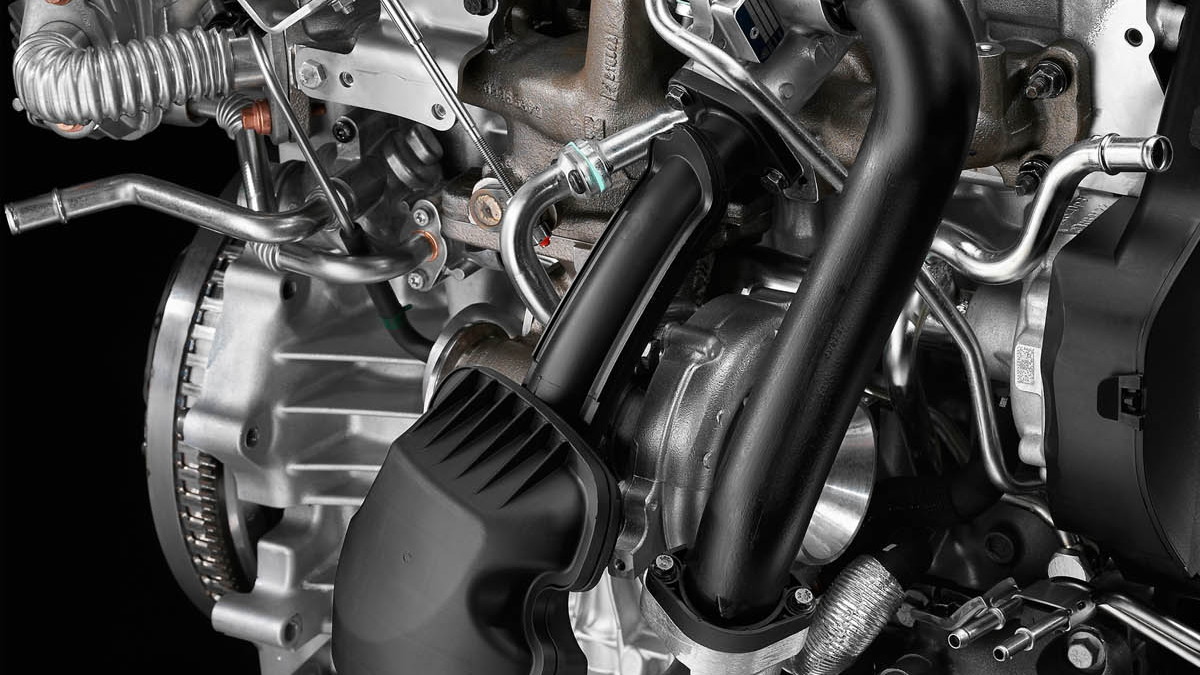 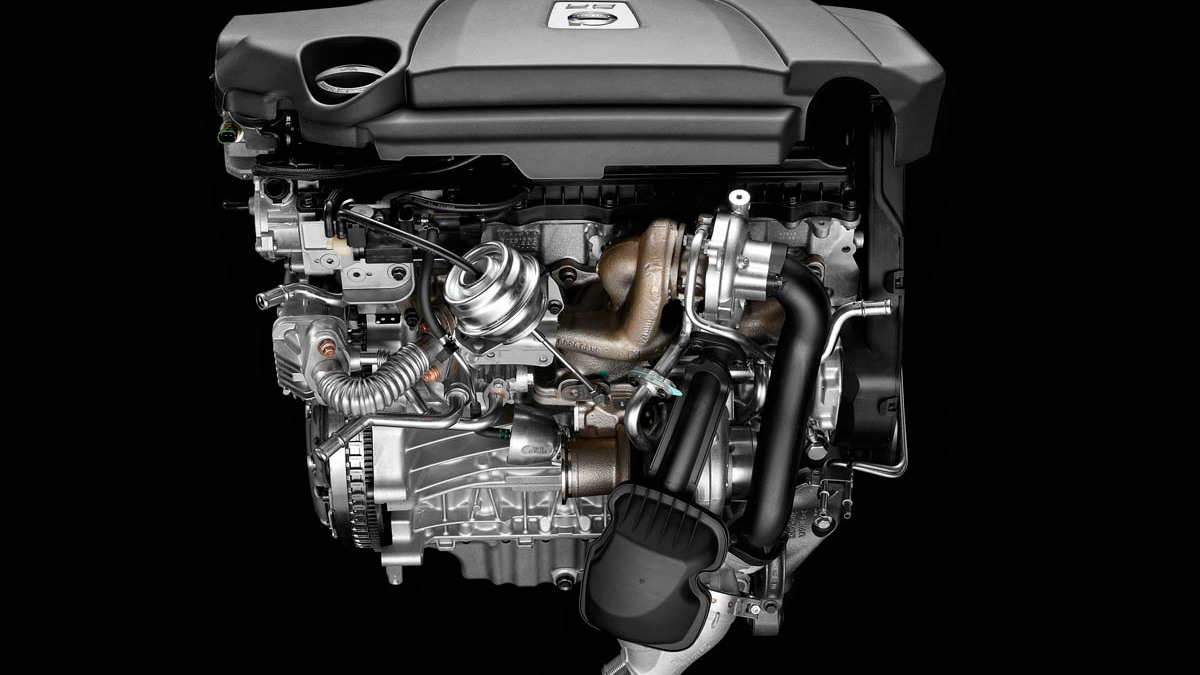 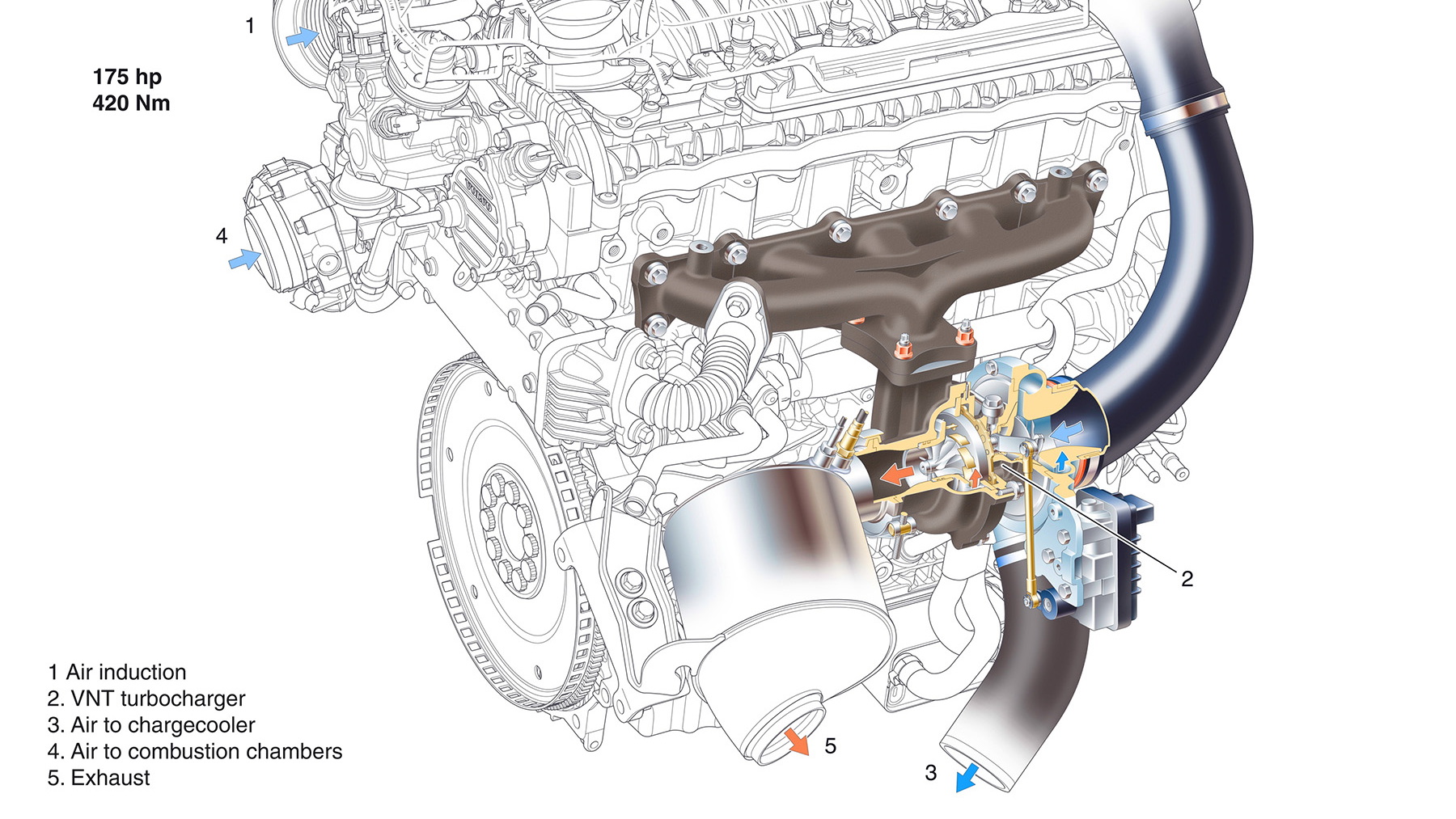 5
photos
Diesel is the way of the present in Europe, and to hear some tell it, it's the future for the U.S. as well. Either way, Volvo will be prepared with two new diesels announced in detail today.

The D5 five-cylinder diesel was announced for the S80 sedan back in January, but now full details on both new diesels and the cars they'll be used in have been released.

The only commonality between the new D5 and the outgoing mill are the D5 badge and five-cylinder configuration. The new engine is Euro 5 compliant and will be available for sale in Europe from the middle of the year. With innovative engineering solutions such as sequential twin turbochargers, ceramic glow-plugs and piezoelectric fuel injectors, Volvo's engineers have succeeded in cutting fuel consumption to some of the lowest levels for a car of this size – 38mpg (6.2L/100km) and C02 emissions of roughly 164g/km. Despite its frugality, the engine is rated at a reasonable 205hp (152kW) and 310lb-ft (420Nm) of torque.

The D5 engine is made entirely out of aluminum, giving low weight and good heat dissipation properties. Transverse cooling gives uniform cooling of the cylinder head and engine block. This promotes a controlled temperature throughout the engine and contributes to improved reliability. The two turbochargers are of different sizes and together deliver high boost pressure, 26psi (1.8bar), across a broad rev range.

The new 2.4D, on the other hand, sports a single turbo and is focused less on performance and more on efficiency and low emissions, scoring about 30g/km of CO2 lower than the previous 2.4D in every application and between 10-30g/km less than the new D5. It's rated at 175hp (130kW) but the same 310lb-ft (420Nm) of torque.

The new five-cylinder diesels are the first engines from Volvo's new project office for diesel engine development, and took three years to complete. Both engines will be available in the XC60, XC70, V70 and S80. No word yet on which (if any) of these engines will make it across the pond to the U.S.