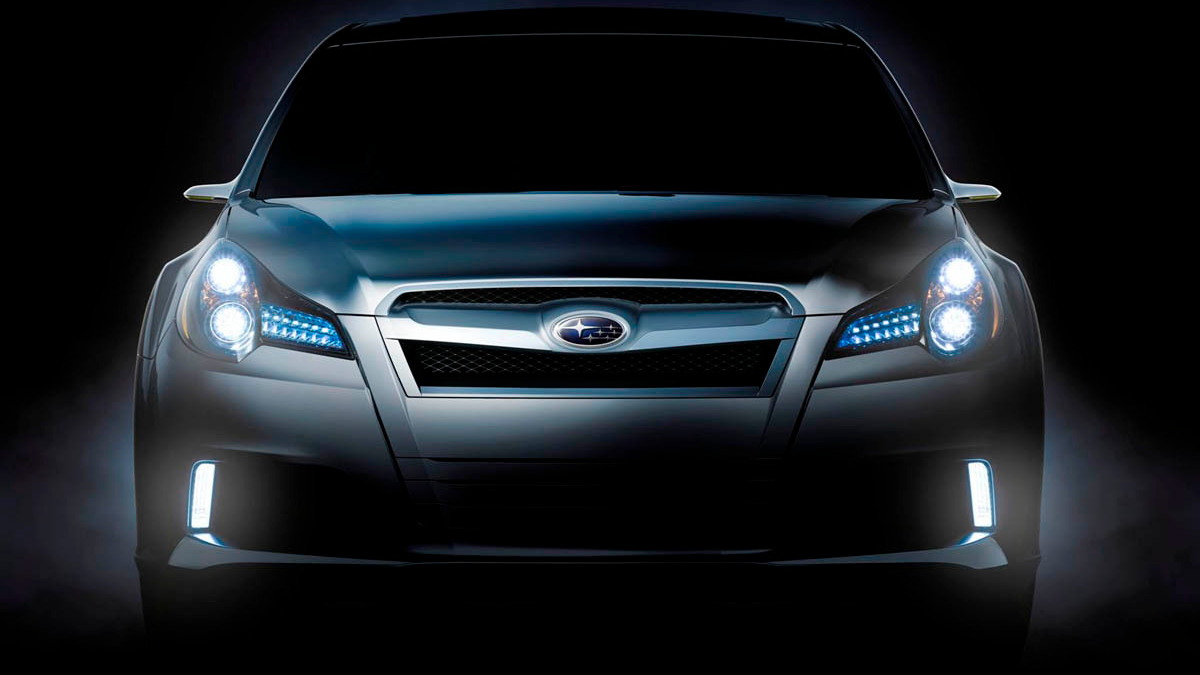 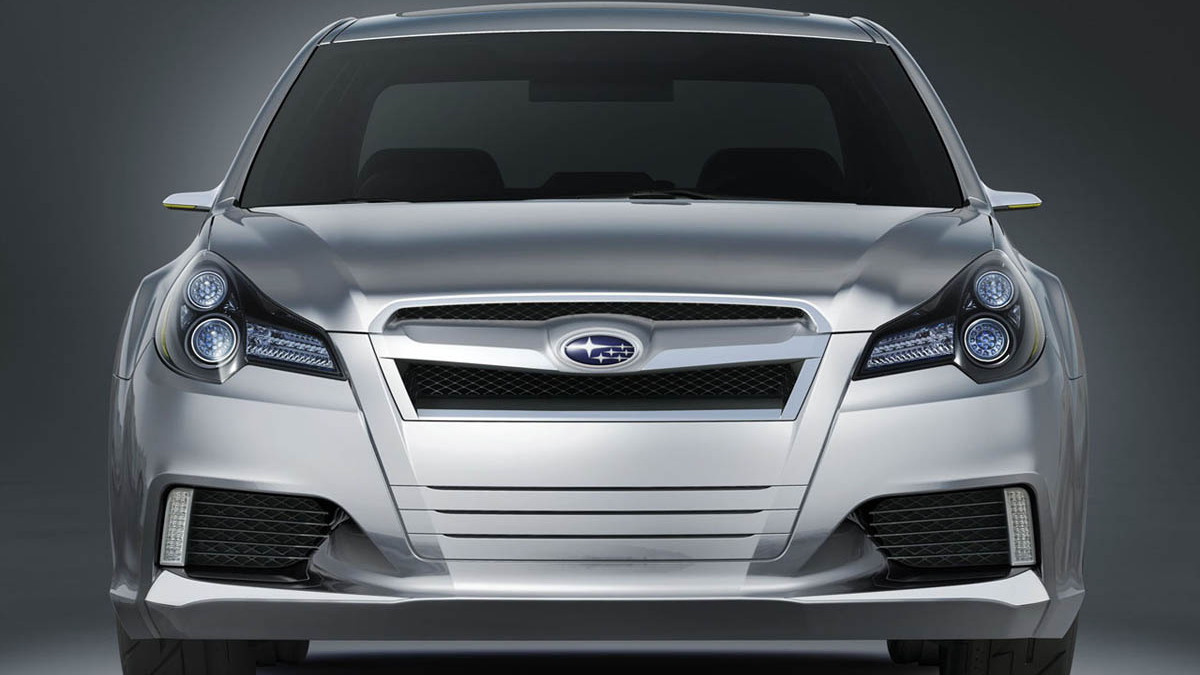 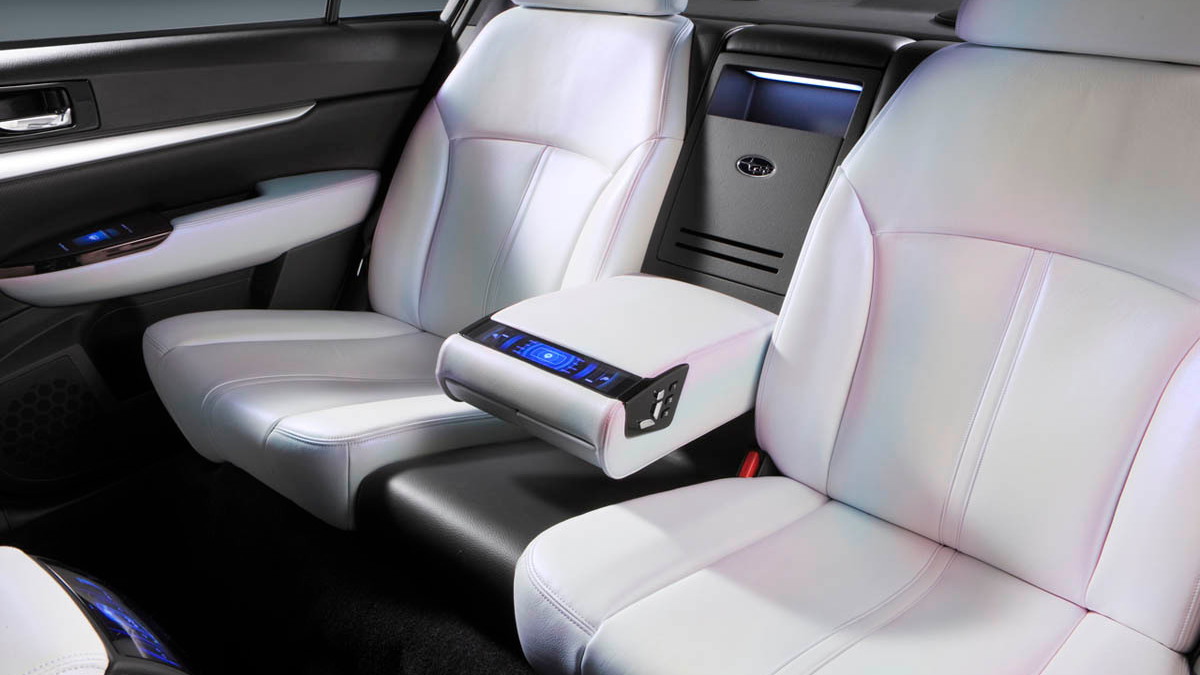 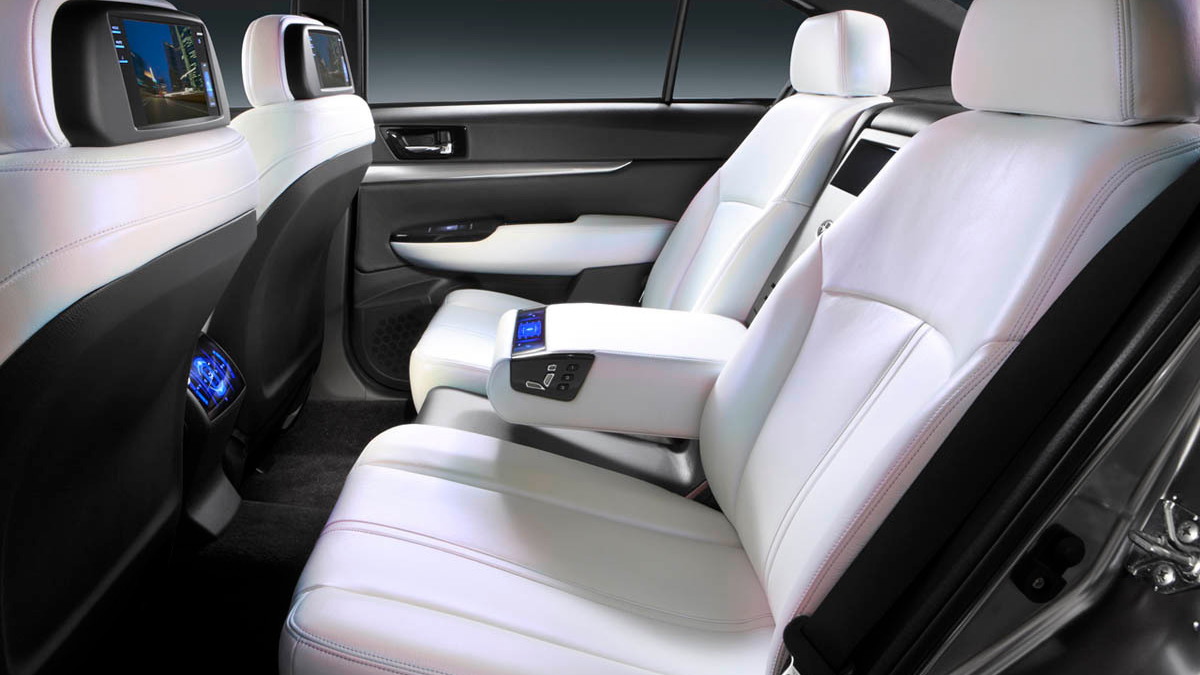 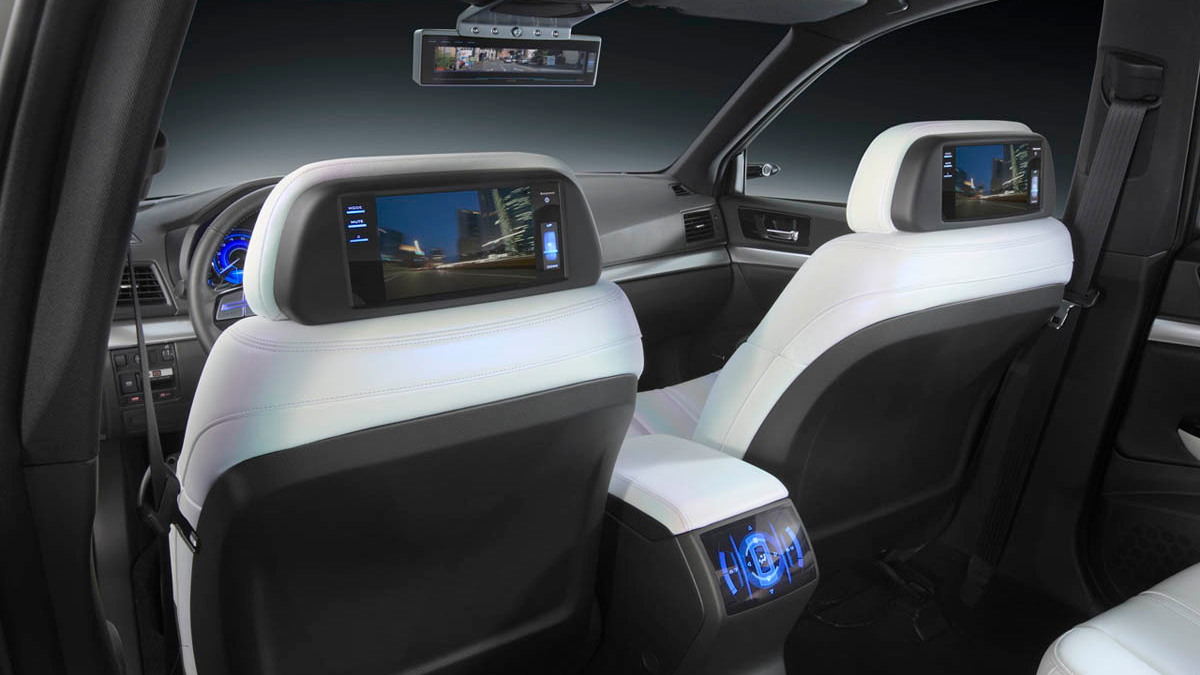 37
photos
Subaru has released full details for its concept vehicle previewing the next-generation Legacy (Liberty) sedan due late next year. Appropriately named the Legacy Concept, the vehicle has made its world debut at the 2009 Detroit Auto Show.

It sits on a larger 108.3in wheelbase than the current Legacy, which was implemented to maximize interior space and provide comfortable accommodations for four adults. Wedge-shaped Side Rear Vision Cameras are featured and provide a sense of flow from the momentum of the A-pillar lines. A character line runs from just before the A-pillar and sweeps up to the tail just above the taillamps.

The interior design features a four-seat layout, and includes a mix of touch-screens, cameras and modern surface coverings. The center console features a large touch-panel display that concentrates various functions for simplified use. In-car entertainment is featured through monitors with multiple functions that are located in the center console, as well as in the rear of the front seat headrests.

The unveiling of the concept leads up to Subaru’s recognition of 20 years of the Legacy sedan, which the company will be celebrating next year. The Legacy series was first introduced into the world in 1989, and since then factories in Gunma, Japan, and Indiana, USA, have built more than 3.6 million units.

Subaru is renowned for its love-or-loathe approach to designing cars, as seen in the frequent revisions to its Impreza line over the years, but the styling of the next Legacy isn’t expected to be as controversial. The new car will build upon the lines of the current model but will feature a more prominent grille, sharper and more angular headlights, flared fenders and a more chiseled overall appearance.