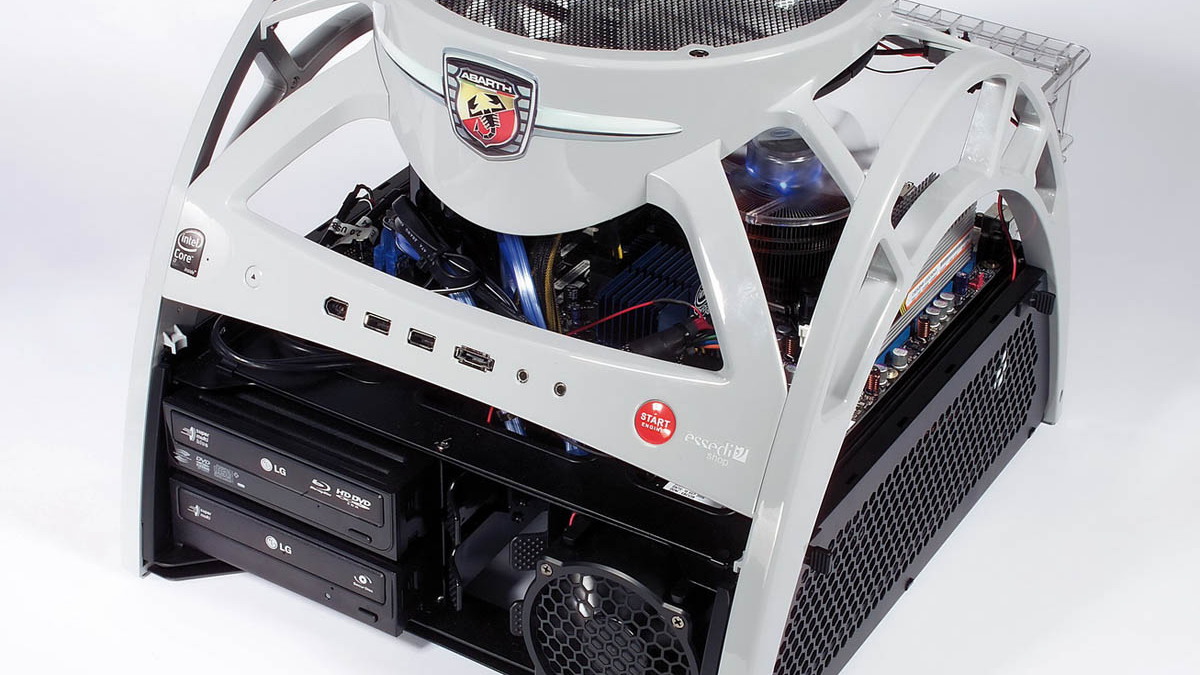 1
photos
High performance is the heart of Abarth's brand image, but usually it's due to their work on combustion engines and hot hatches. This time around, it's a desktop PC receiving the Abarth treatment, co-branded with Intel to create a serious gamer's rig.

A unique case design by Brain Technology Spa complements the high-spec components - much like a custom car's body kit hints at what's under the hood. but why would a car company make such a foray into consumer electronics?

The motivation, according to the company, is a desire to tap into the gaming market as a sort of real-world stress testing environment for desktop computers. Abarth hasn't said why they are stress testing computer, how much the rig will cost or even if it will be made publicly available, but with stress testing as the motivating factor, it could hint at more such products to come.

The computer is powered by the new Intel Core i7 Extreme processor, claimed by the microchip company to be their fastest ever consumer device. Other details on the internal specs are still being withheld. The machine was launched this weekend throughout Europe via the Electronic Sports League-sanctioned "Intel Friday night Game" video game championship.
Via: Autoblog.nl