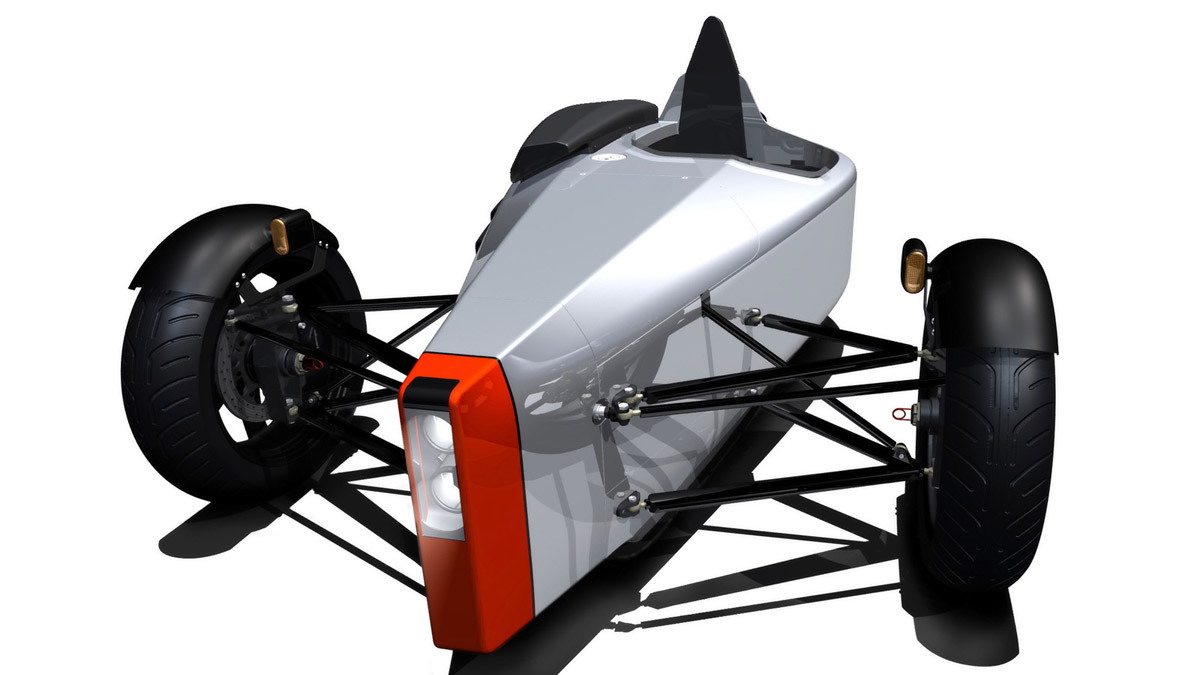 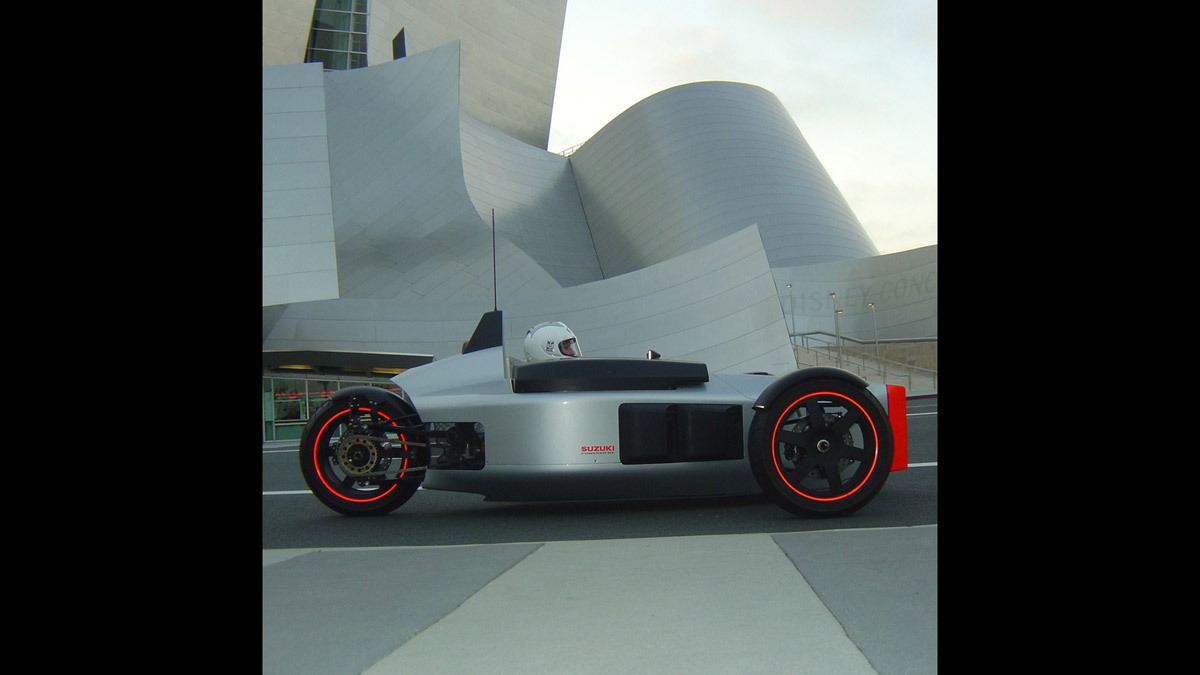 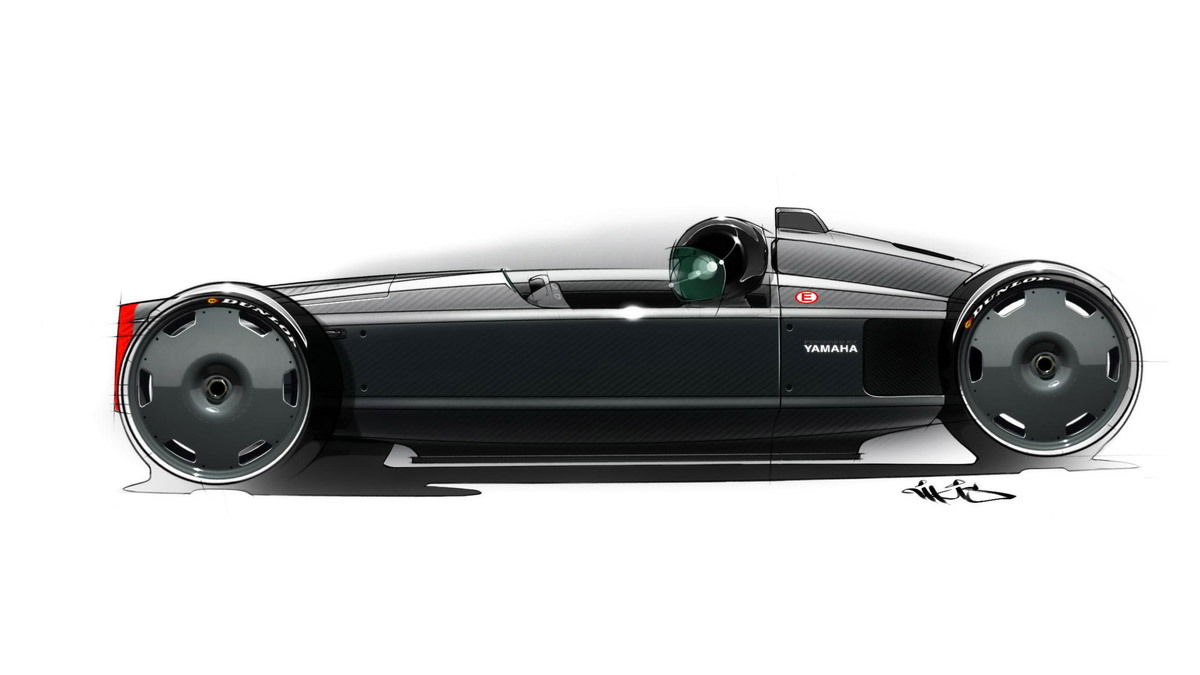 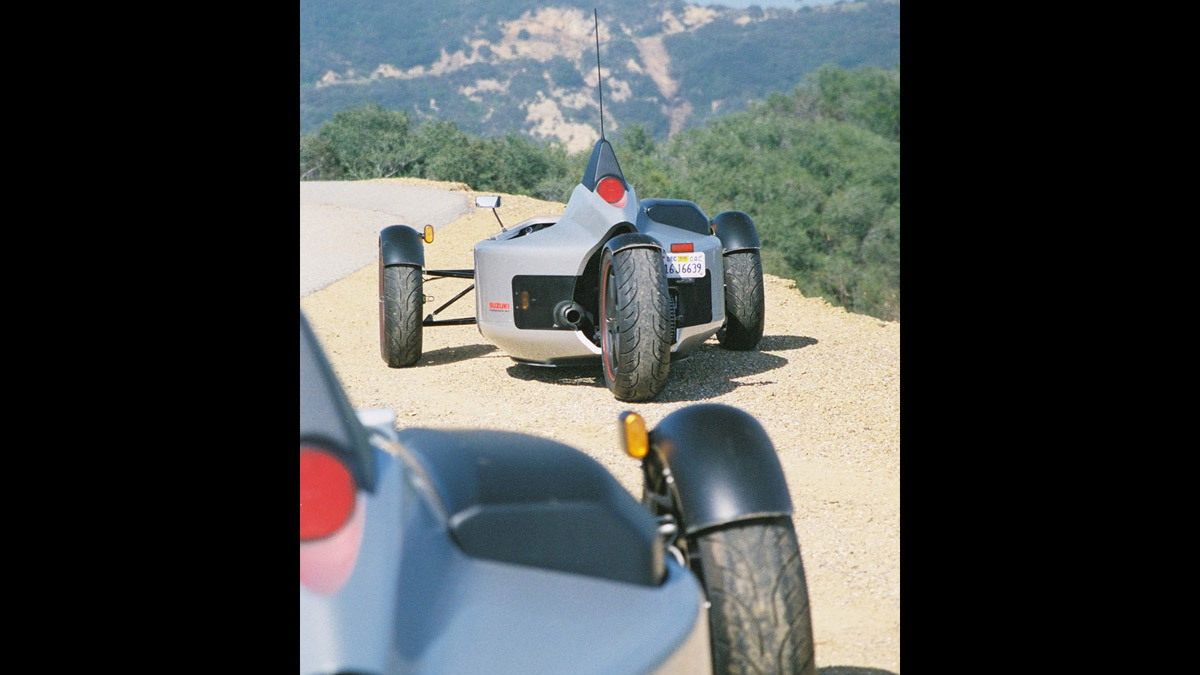 32
photos
Three-wheeled vehicles are a classic and quick way to get around the typical automotive certification standards, since such 'cars' are classified as motorcycles in many countries, including the U.S. In the case of the Energya, however, the three-wheeled design is also a performance feature, helping cut weight and harness the power of its motorcycle engine in a more accessible format.

The fact that not everyone wants to drag a knee across pavement at ludicrously high speeds means that the market for three-wheeled vehicles that promise to deliver some of the fun of lightweight, high-revving vehicles like motorcycles is strong, if niche. The Energya is what Higgins-Aubé, Inc., the vehicle's designers, call a 'motomobile' - half motorcycle, half automobile. While it's still in the design stages - the images shown are just detailed renderings - the vehicle is already well into planning as well.

It is designed to get its power from a motorcycle engine routed through a six-speed sequential motorcycle gearbox, using only minimal controls and comfort feature to keep weight as low as possible. Performance targets are 0-62mph (100km/h) in less that 4.0 seconds with lateral acceleration in excess of 1.0g on street tires. To achieve these figures, the Energy will require an engine output of about 200hp (149kW) and a total weight of about 770lb (350kg) - not unreasonably far off from a big superbike.

Suspension is high-tech, with superposed unequal A-arms, dampers that protrude slightly through the upper cowling, and high-tech materials to keep total weight, as well as unsprung weight, to a minimum.

With enough money and backing, Higgins-Aubé thinks it could have the Energya on the roads within 18 months. Sometime after its debut as a combustion-engine vehicle, the company also plans to offer an all-electric version, but as yet no details of the EV are known.