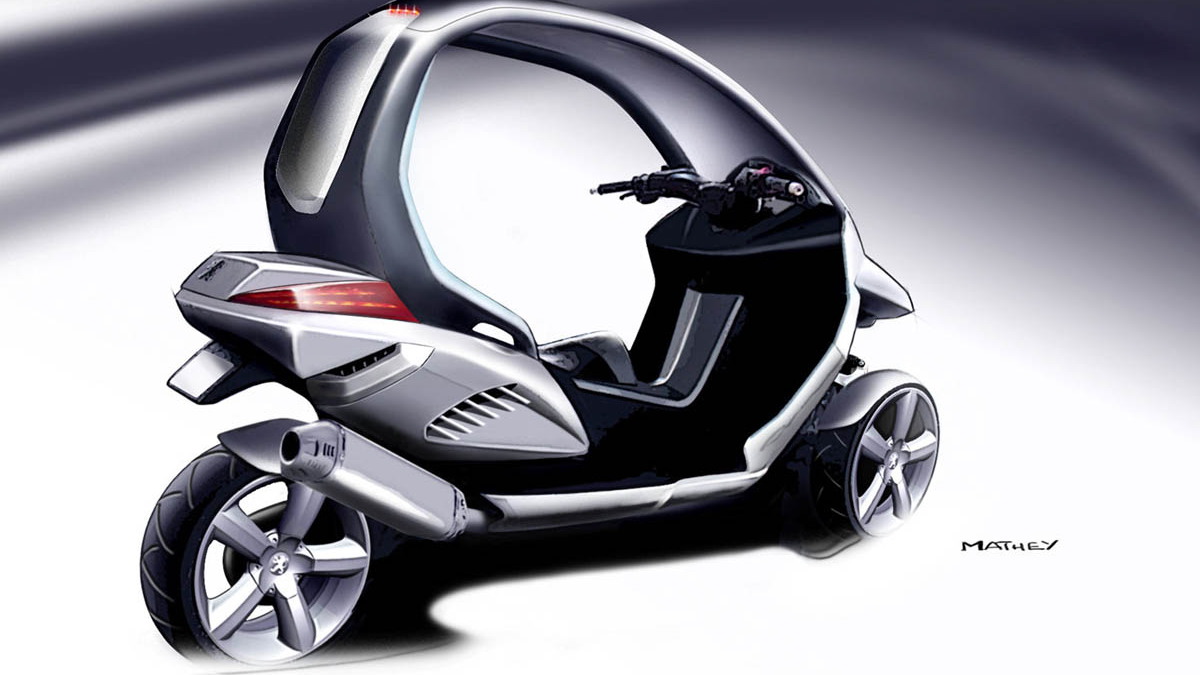 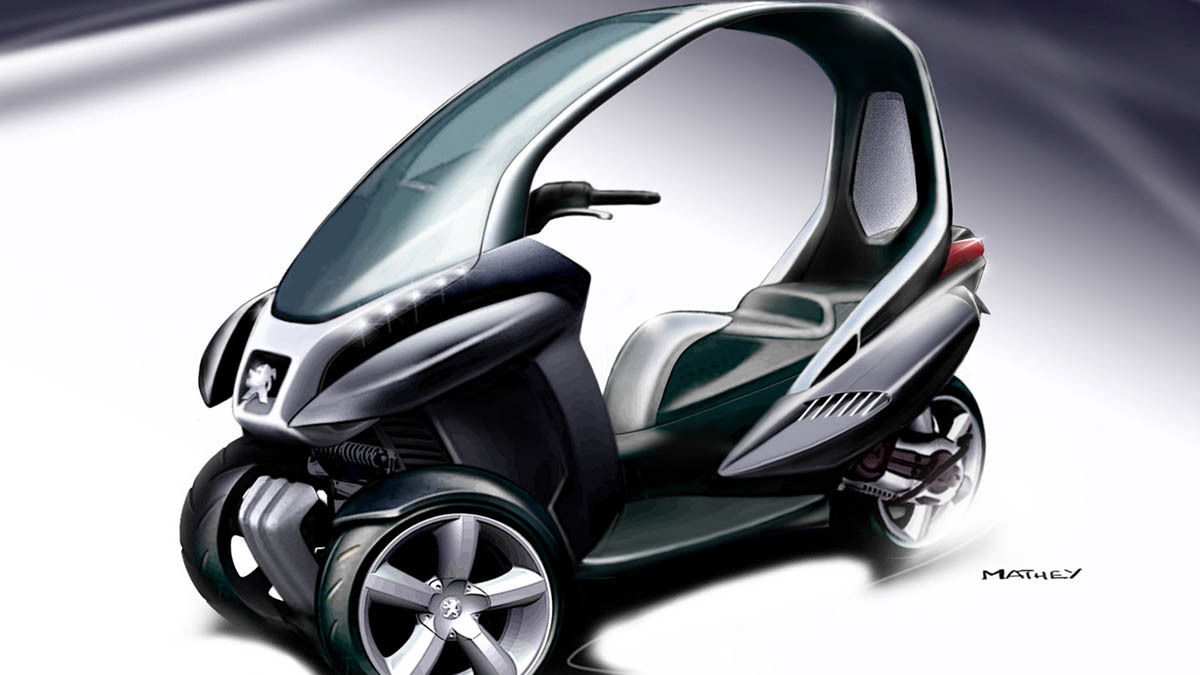 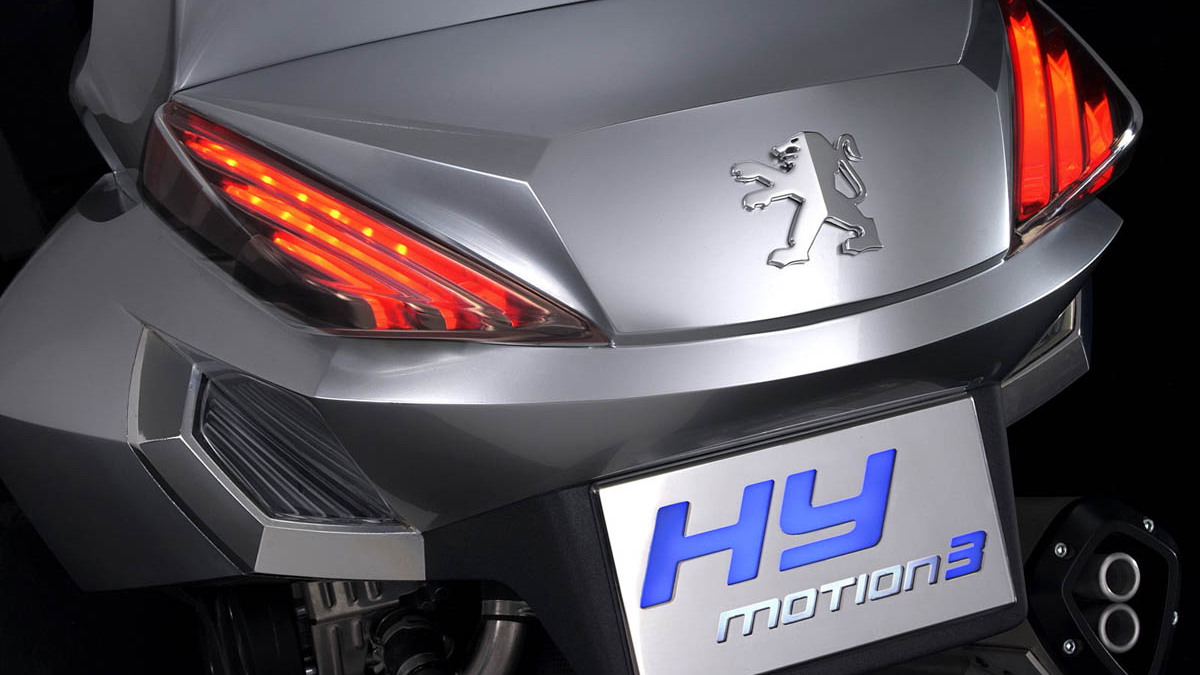 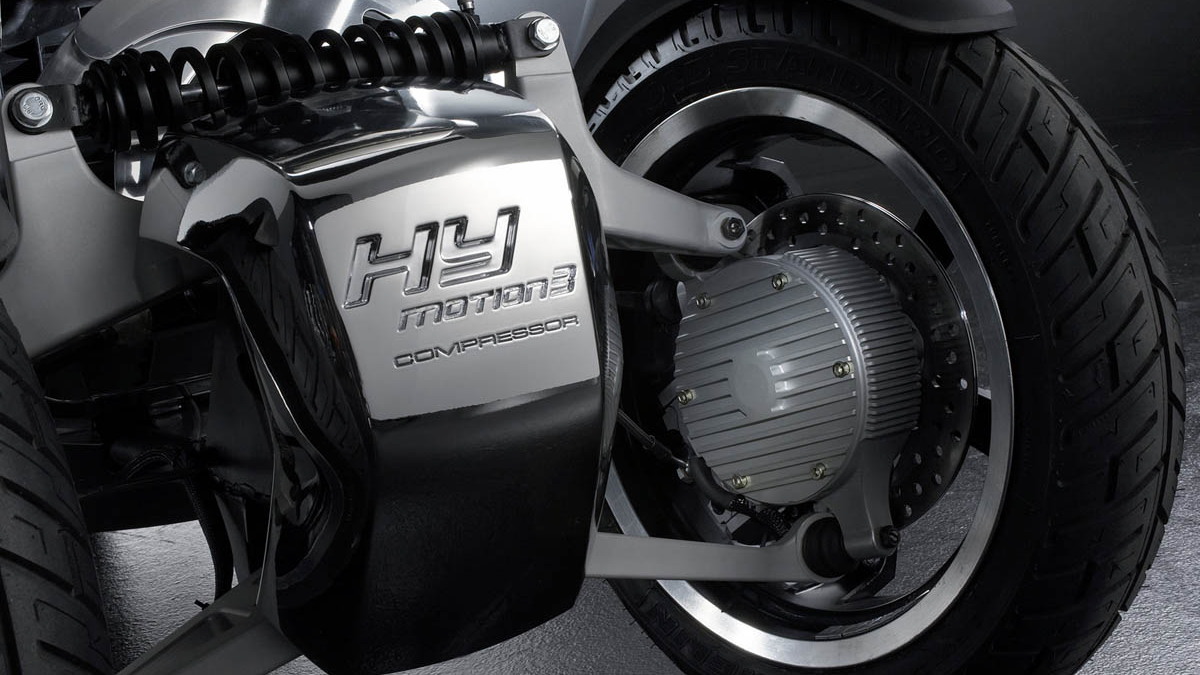 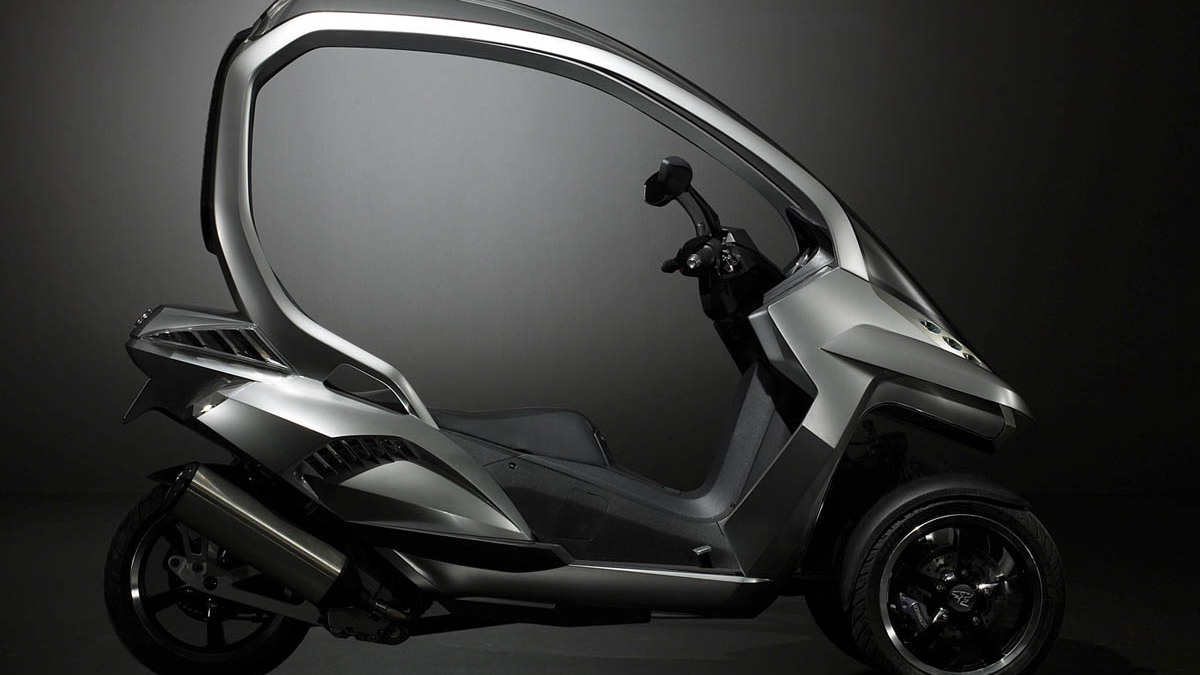 9
photos
Combining elements of both a scooter and a car, the HYmotion3 Compressor is the latest concept to come out of Peugeot. Featuring the carmaker’s new 'HYmotion' hybrid technology, the result is a three-wheel-drive vehicle that features an electric motor in each of its two front wheels and a petrol engine in the rear.

While Peugeot is calling the HYmotion3 compressor a scooter, the concept was created in conjunction with teams from both Peugeot’s motorbike and car divisions and has resulted in a strange amalgamation of both scooter and car-like features.

Its design is based on a three wheel platform for maximum stability, and driveability, while its width of 82cm enables it to thread a path through urban traffic with all the efficiency of a two-wheeler. The front windscreen extends to the rear of the vehicle to form a shield against bad weather for the rider and passenger, while two polished aluminium roll-over bars support the "bubble" which protects the two occupants.

To preserve the vehicle's clean lines, there are no rear-view mirrors as this function is carried out by two display screens on the instrument panel offering optimal rear vision.

Finally, the vehicle incorporates Peugeot's HYmotion technology, also featured on other concept-cars such as the new RC HYmotion4 and Prologue. This new generation hybrid technology combines the 20hp (15kW) supercharged petrol engine already featured in the Peugeot Satelis scooter with two electric motors, each with an output of 5hp (3kW), located in the front wheels.

This configuration develops a maximum power of 29hp (21kW) for a particularly low fuel consumption rating of 117mpg (2.0L/100km) and CO2 emissions of 47g/km in the combined cycle. The vehicle can also be driven with electric power alone for short distances.