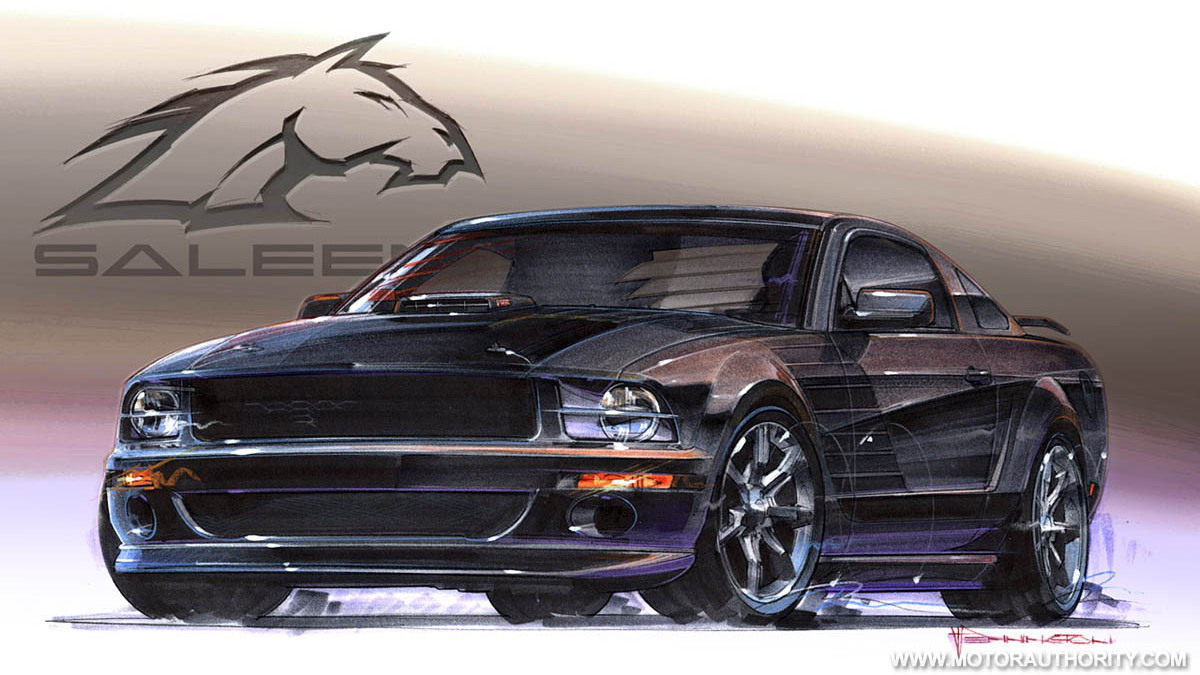 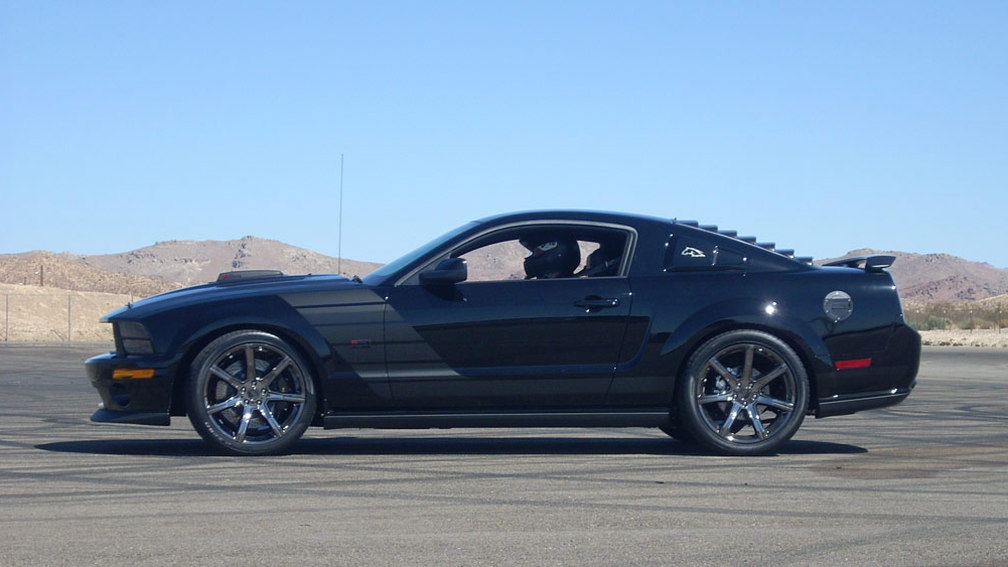 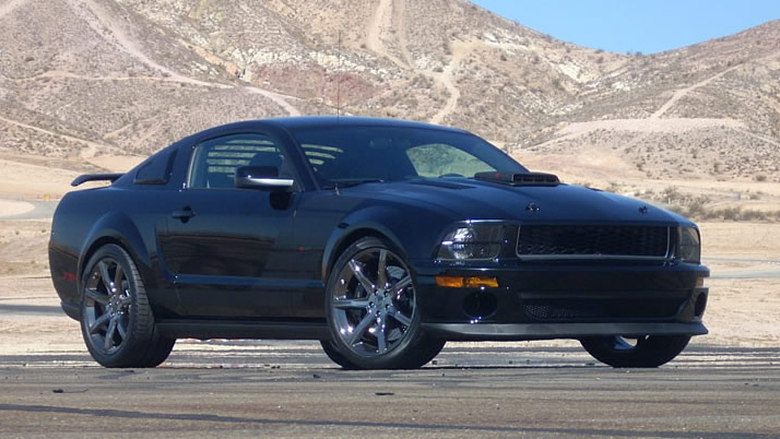 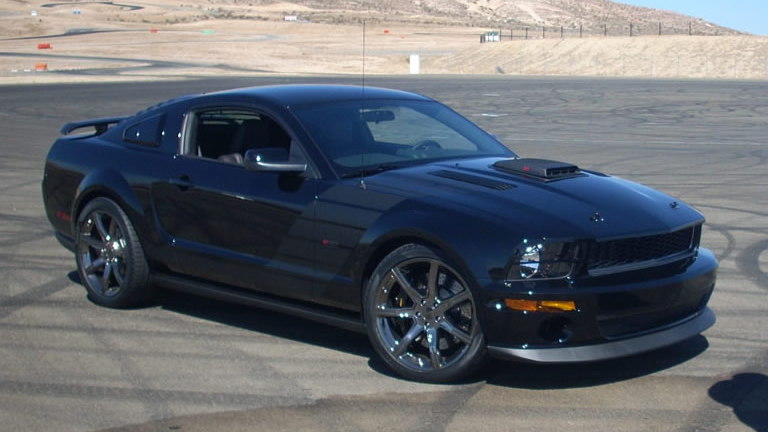 5
photos
With the 2010 Ford Mustang facelift just months away from being revealed, niche carmaker and specialty tuner Saleen has announced a new tuning package to mark the end of the line of the current model. The new car is called the ‘Dark Horse’ and is based on the 45th anniversary 2009 Ford Mustang GT.

The cars also feature the recently launched Speedlab SuperShaker forced induction system. The intake system sits above the hood and is isolated from the hot air in the engine compartment, adding approximately 0.5psi of boost pressure to the intake air.

Visually, the Dark Horse Mustang is distinguished by a full bodykit, matt black exterior graphics, and Saleen badging. Production will start this November.
Via: Mustang Blog