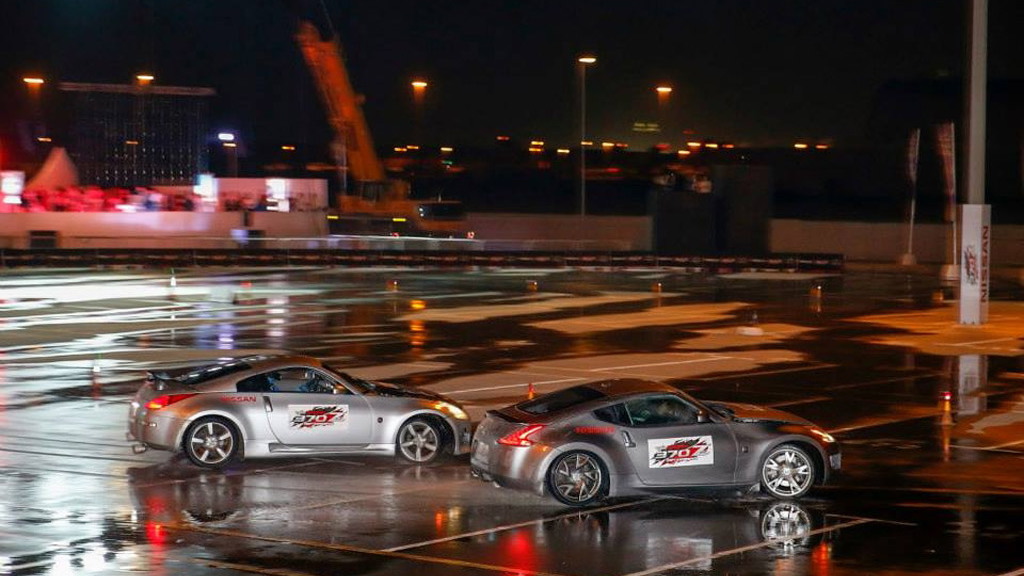 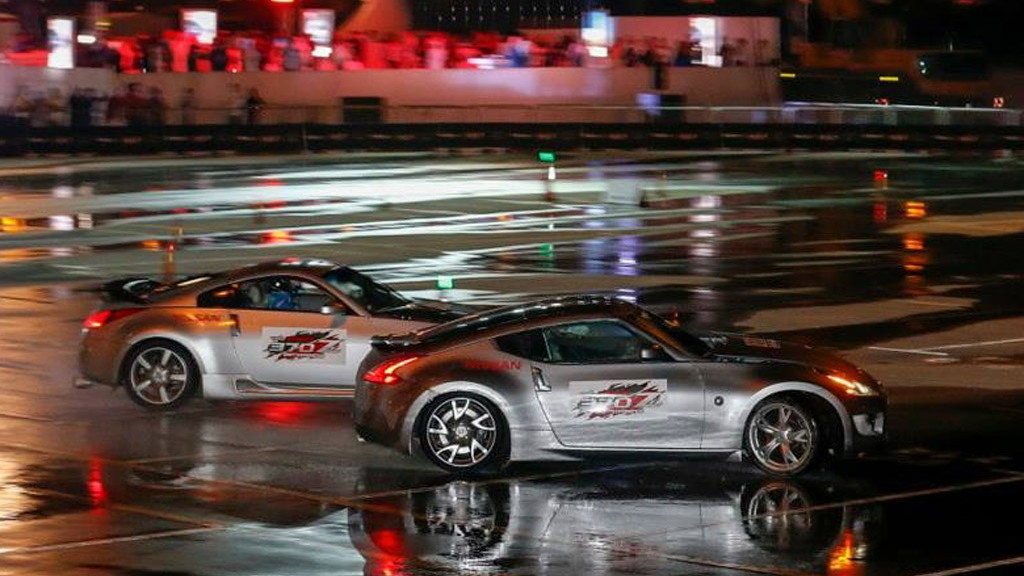 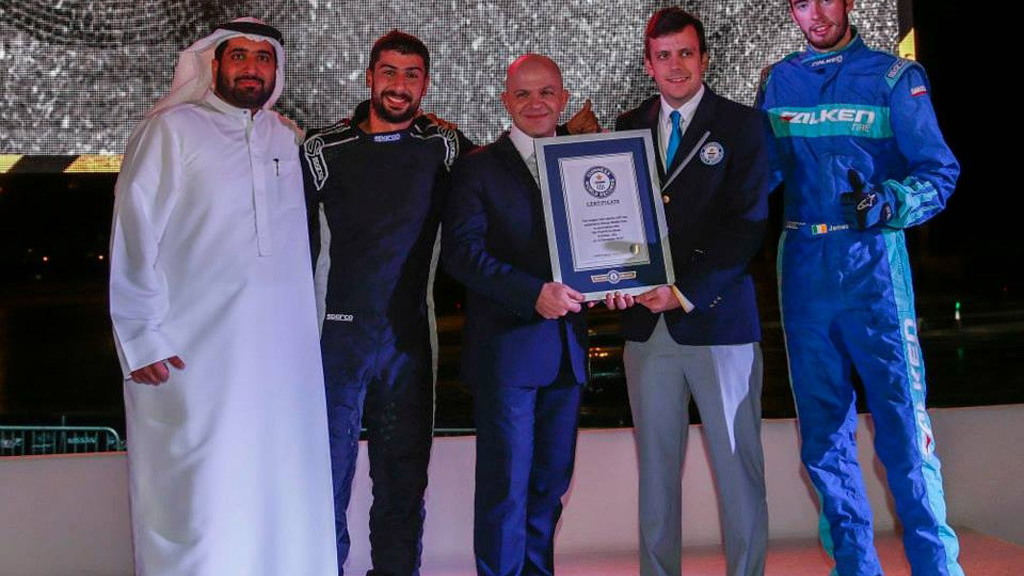 A stunt pulled off by Nissan in the Middle East over the weekend has seen the automaker awarded the Guinness World Record for the longest two-car drift. The drift involved a pair of Nissan Zs—a 350Z and a 370Z—going sideways around a wet track in close proximity.

The measured length the two cars drifted was 28.52 kilometers (17.72 miles), which now stands as the official world record. The record was set during the launch of a new driver development program in the Middle East called Nissan 370Z Drift Experience, which offers fans the opportunity to learn and perfect the art of drifting.

"With today's accomplishment of setting a new Guinness World Records title, we have proven again the strength of our vehicles,” Samir Cherfan, Nissan’s managing director for the Middle East said after the stunt. “The Nissan Z is a very popular car in the drifting scene, and this new record is yet another proof on the ability of this car to make drifting look so easy."