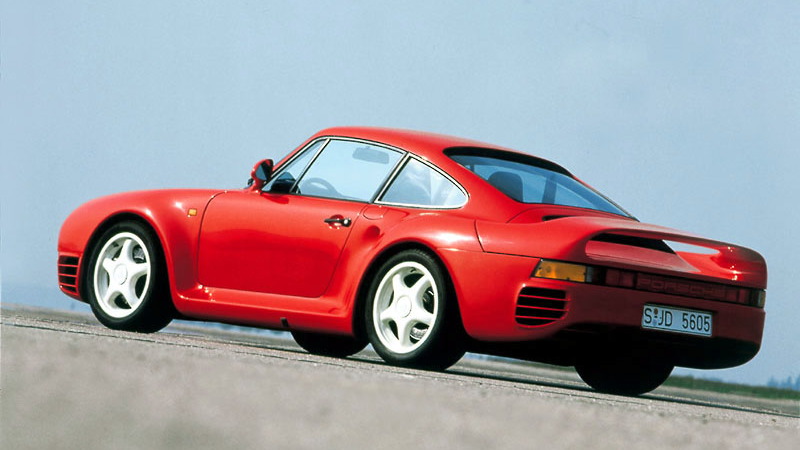 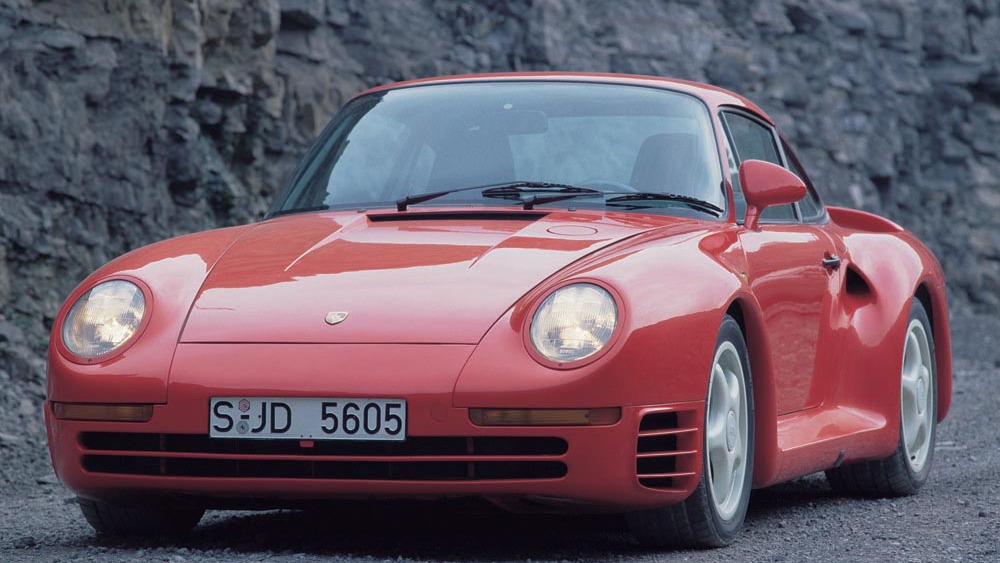 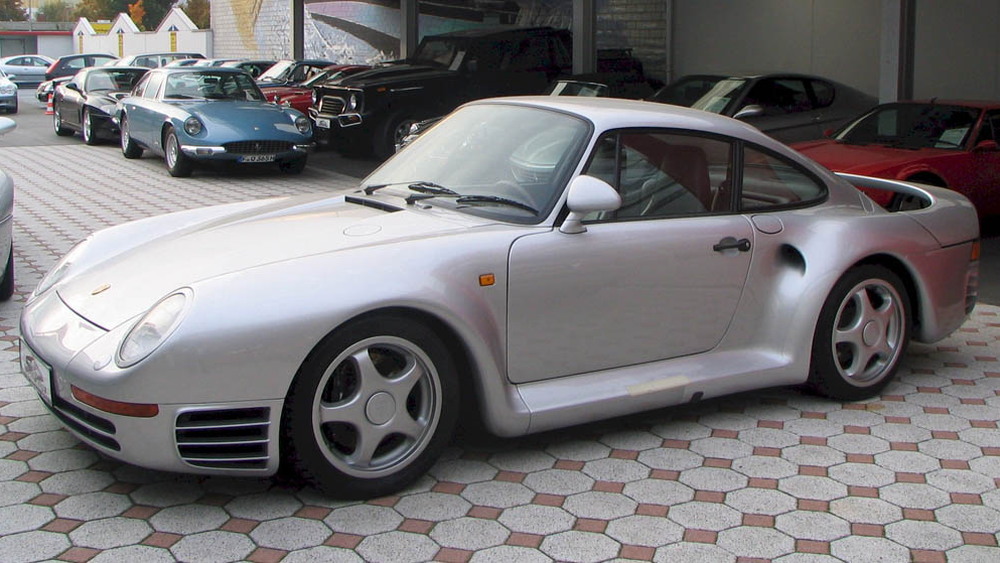 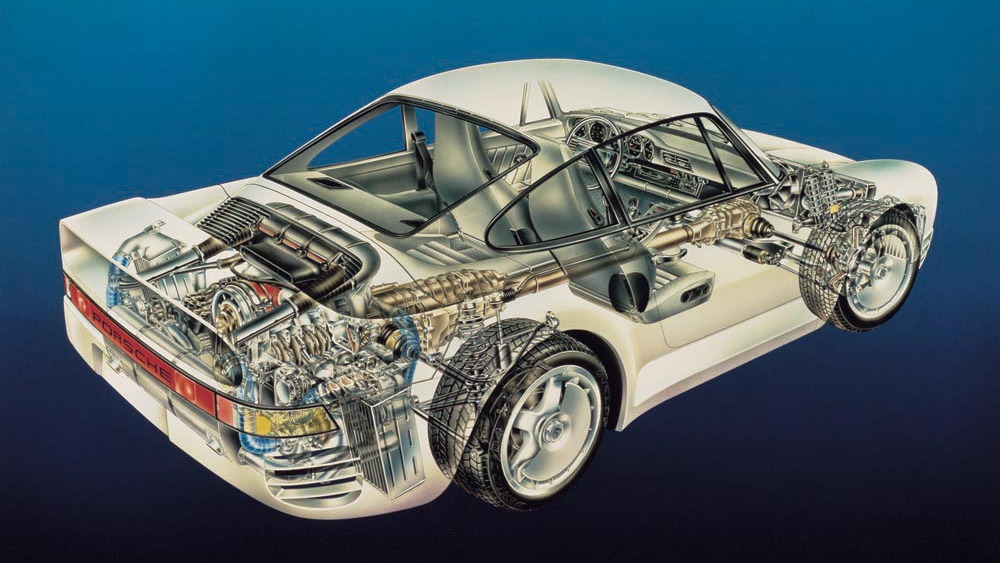 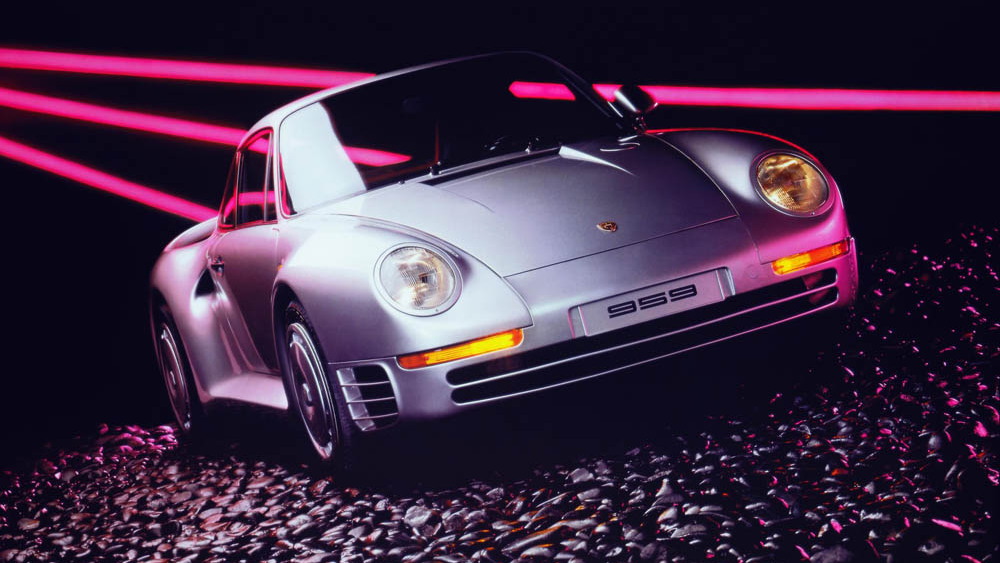 It’s amazing what rare finds turn up for sale on eBay these days and the Porsche 959 is about as rare as they come. One of only 29 ever created, this 1989 Porsche 959 S US Racing version is still brand spanking new, minus the delivery mileage of course. The 959 was a genuine race car that was built only to satisfy FIA homologation regulations which stipulated that a minimum number of cars were constructed for public sale, and for US$375,000 you could own this piece of automotive history.

The 959 which debuted in 1986, was the most technologically advanced road-going sports car ever built for its time and would rival many of this generations’ crop of supercars. The car was in fact the first performance vehicle to use an all-wheel-drive system. Originally developed as a Group B rally car, the 959 saw action at the Paris to Dakar Rally during the early 80’s and in 1986 had a one-two finish.

The car ran a twin-turbo, 2.85-litre flat six developing 450hp (336kW) with 14 psi of boost pressure. Technologies first implemented on the car included an electronically controlled 4WD system, electronically adjustable suspension plus Kevlar & aluminium construction. The US race version had a 0-60mph time of only 3.5 seconds with a top speed of 198mph, and ran the quarter in just 11.8 seconds at a trap speed of 119 mph.

The 959 was never legalised for road use because Porsche refused to crash test any of them to meet US legislation which required up to 4 cars to be destroyed. Famous owners include Microsoft founder Bill Gates and comedian Jerry Seinfeld. At an original price of US$225,000 back in 87, you’d essentially be paying the same amount in today’s money for this rare find.