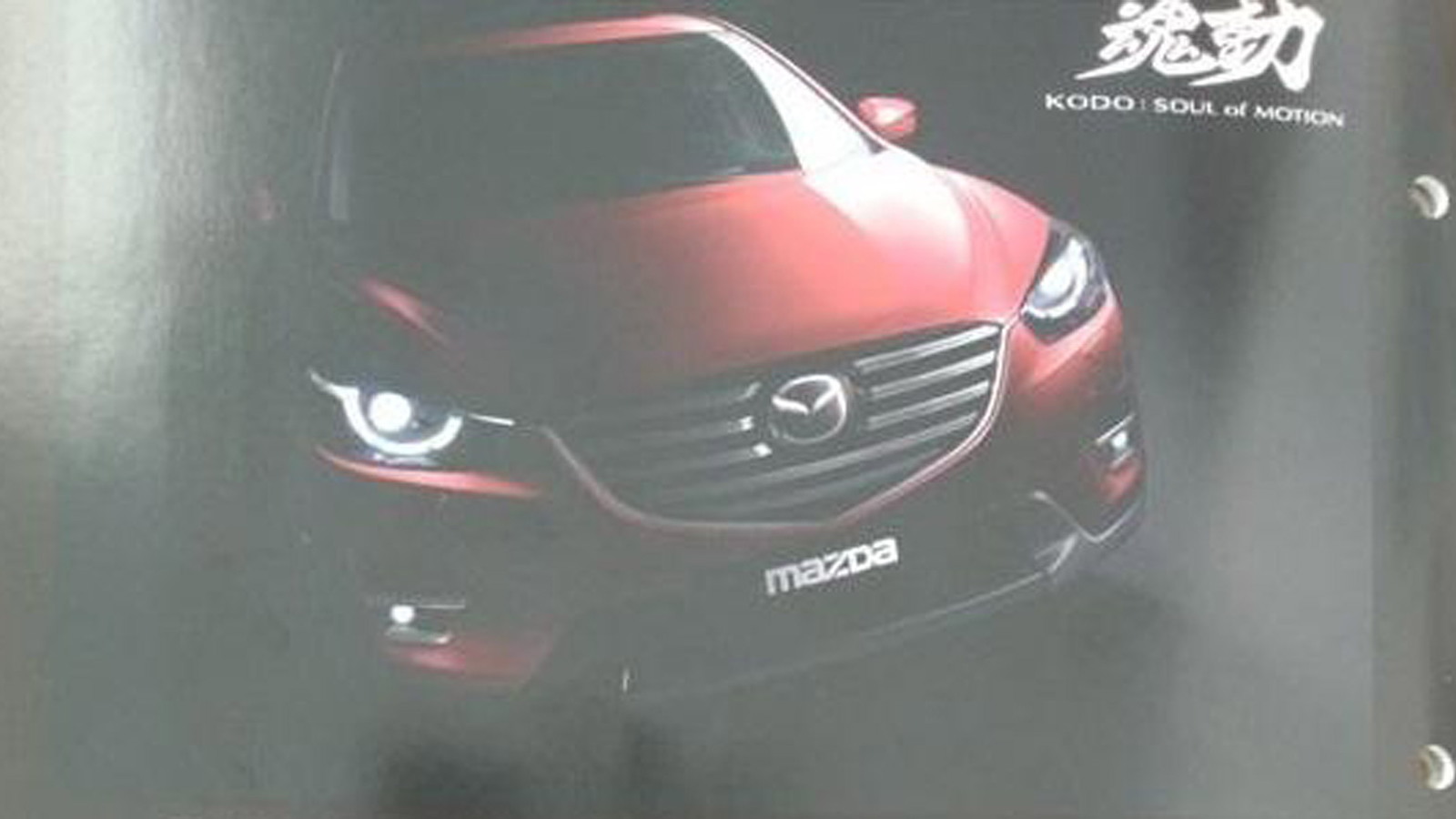 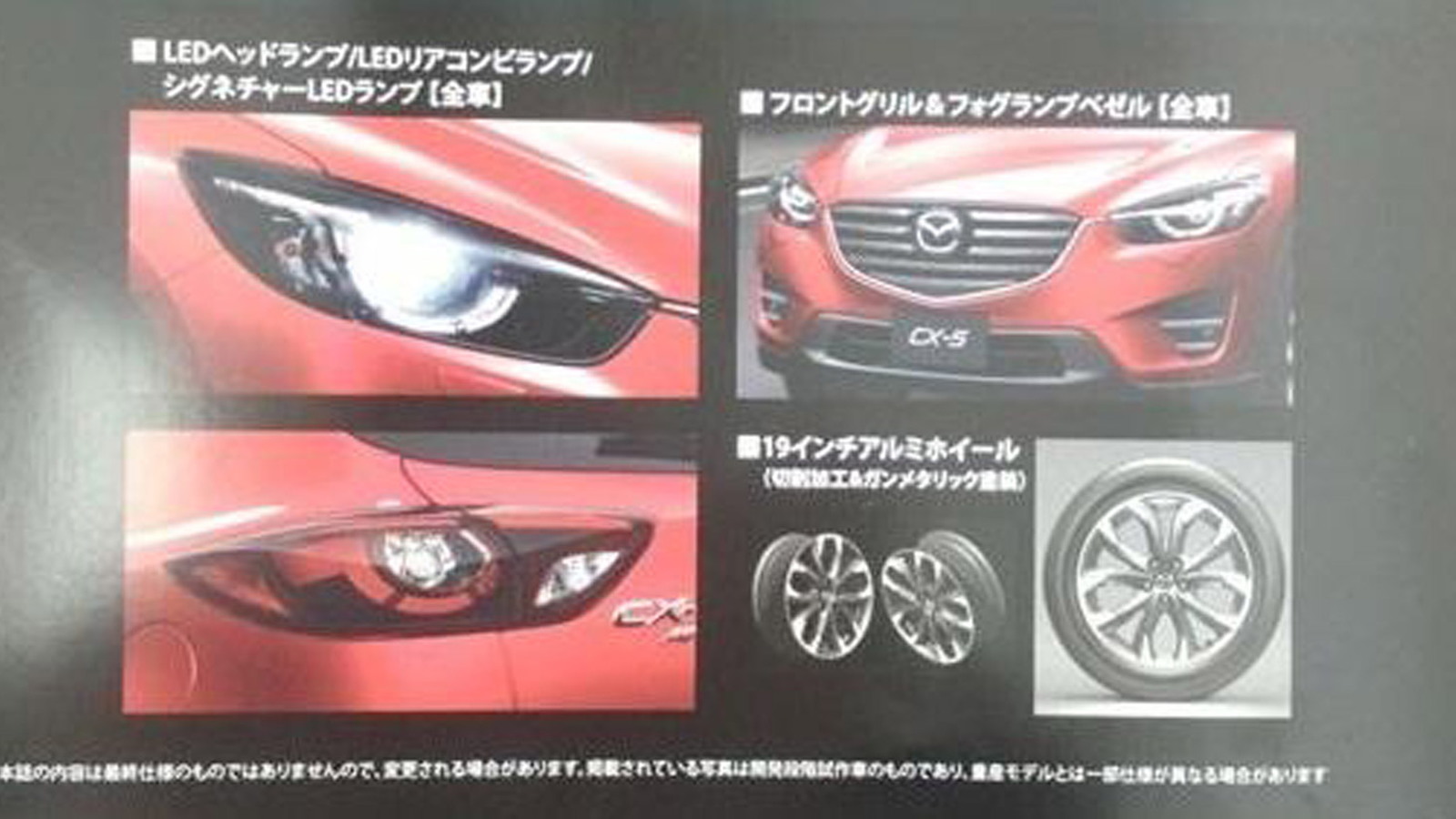 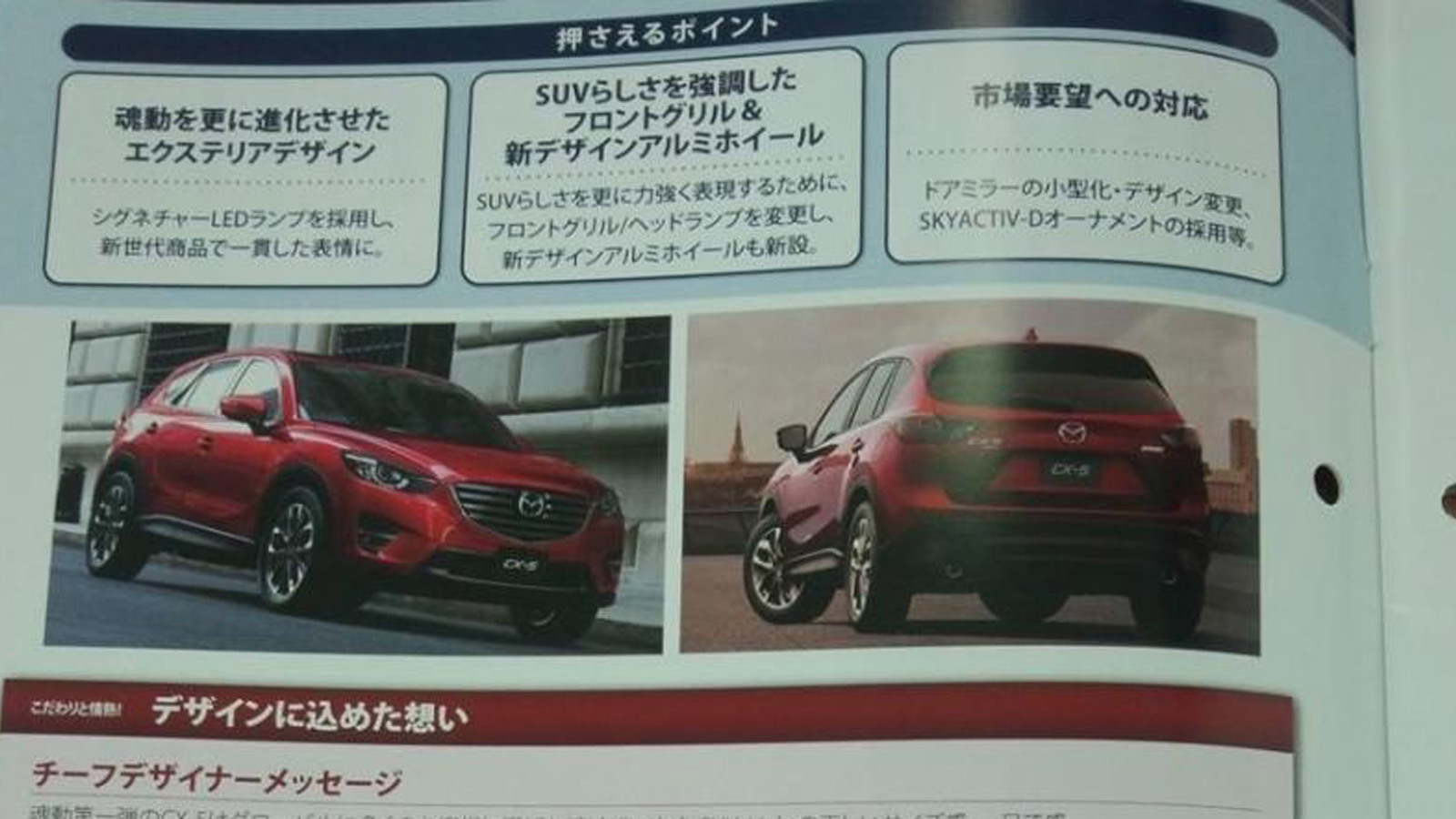 3
photos
Mazda has three world debuts pegged for next week’s 2014 Los Angeles Auto Show, one of which is a facelifted 2016 CX-5 that has been revealed today in some scans from an official brochure. Joining it in L.A. will be a facelifted 2016 Mazda 6, which itself was leaked a week ago, as well as an all-new CX-3 subcompact crossover that Mazda teased in an official sketch.

The scans for the facelifted CX-5 were first posted to the Worldscoop forums (via World Car Fans) and reveals only subtle updates for Mazda’s popular compact crossover. This makes sense as the CX-5 was all-new for the 2013 model year, meaning the changes only constitute the vehicle’s mid-cycle update.

The 2016 CX-5 appears to benefit from new bumpers at both ends as well as revised headlights and a new pattern for the grille. According to the brochure, there may also be some LED elements though these may be reserved for markets outside the U.S. For the interior, expect to see the latest Mazda Connect interface made available.

There’s no word yet on any powertrain updates. The current model has two options, both of them four-cylinder units. One displaces 2.0 liters and is good for 155 horsepower, and the other is a 2.5-liter unit good for 184 hp.

Stay tuned for the reveal next week, and for more L.A. Auto Show coverage simply head to our dedicated hub.