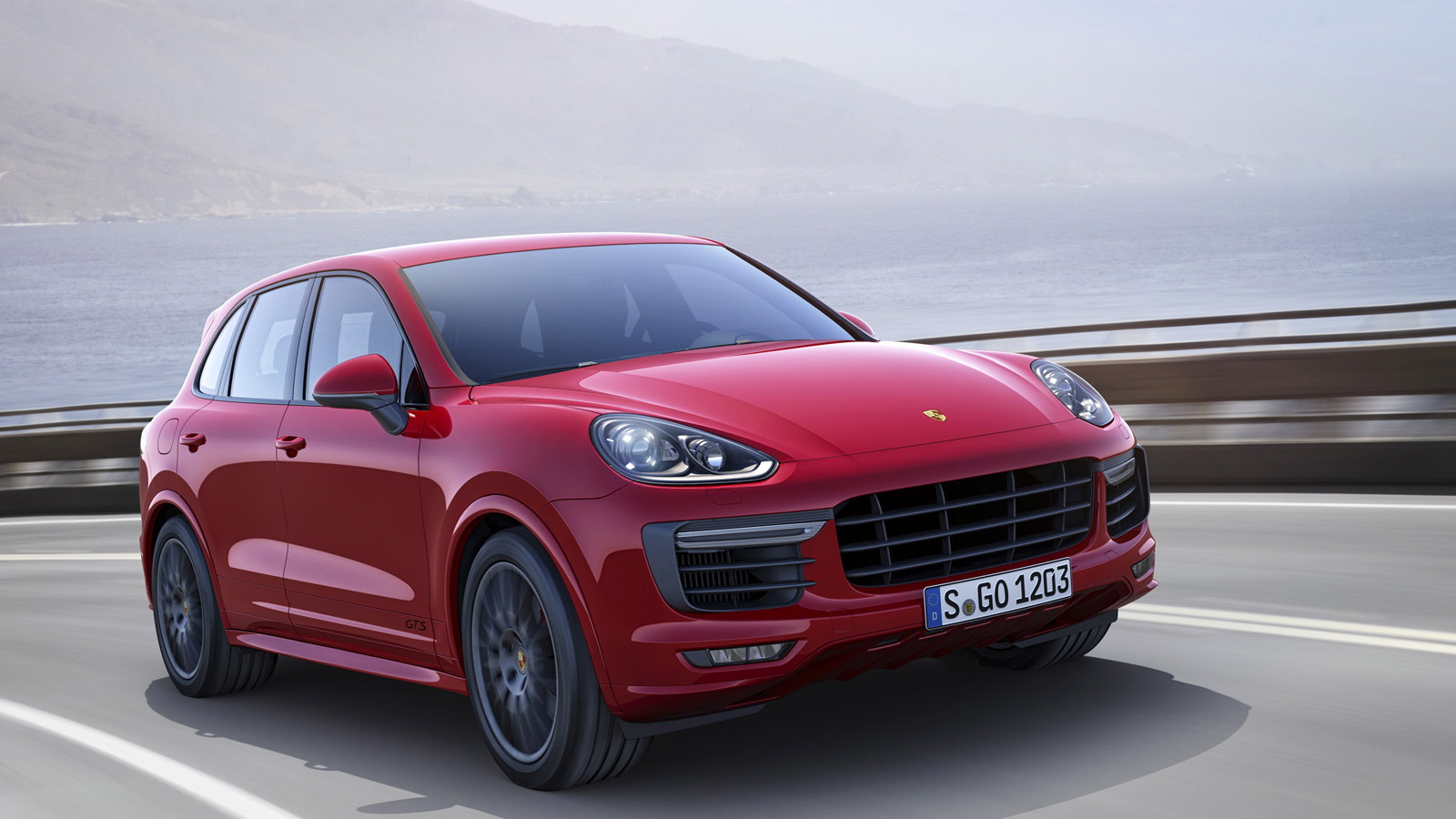 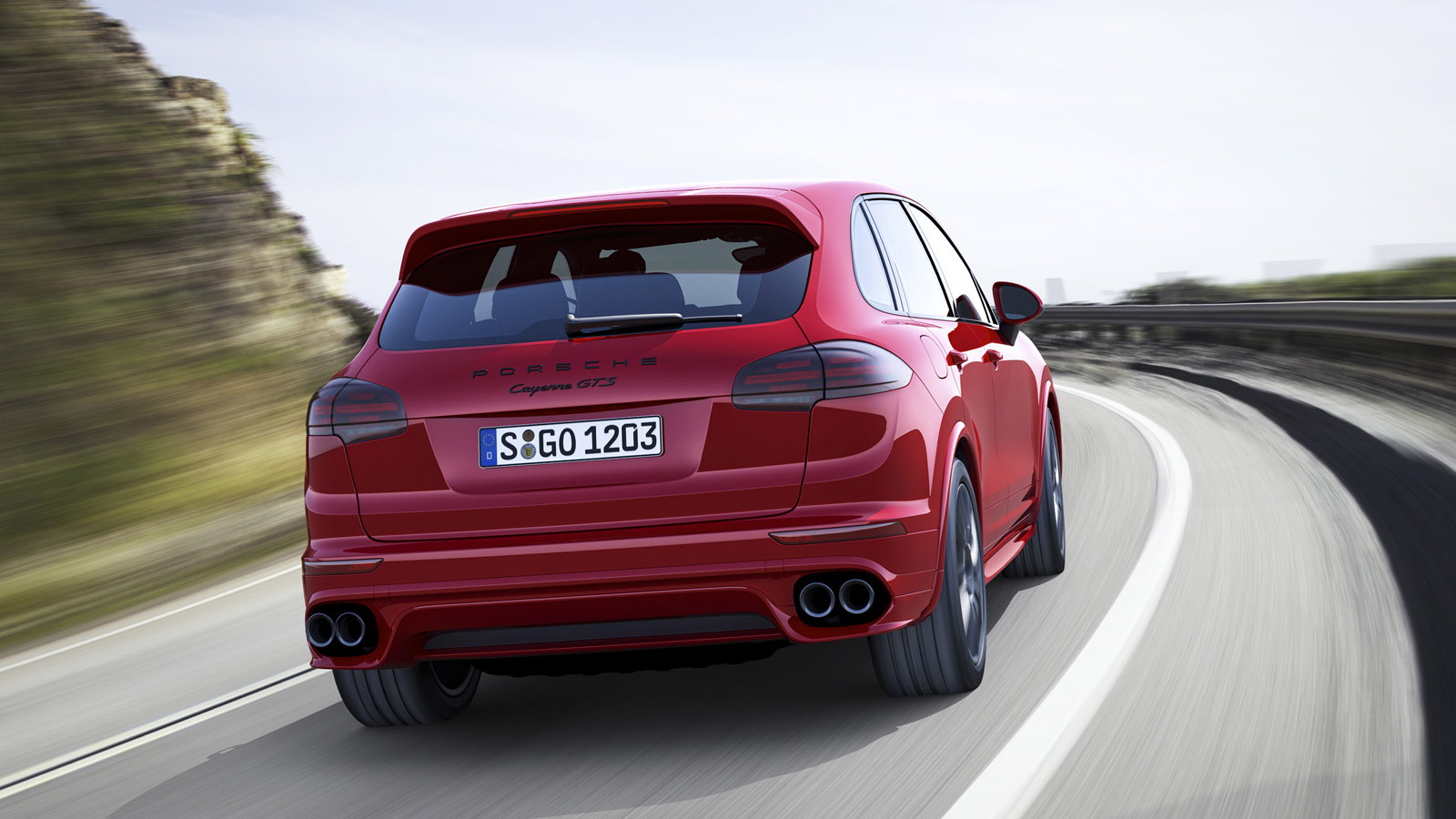 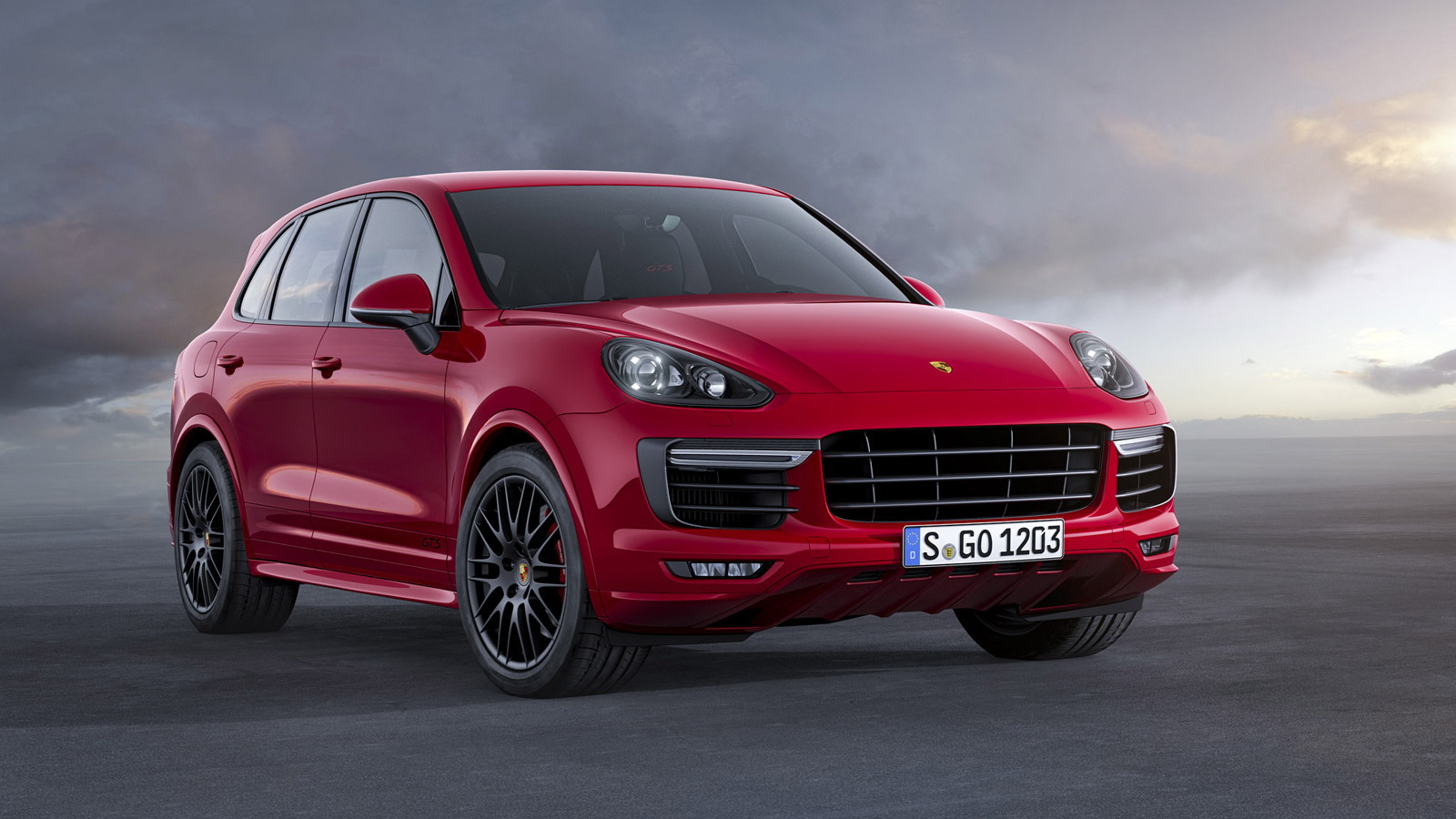 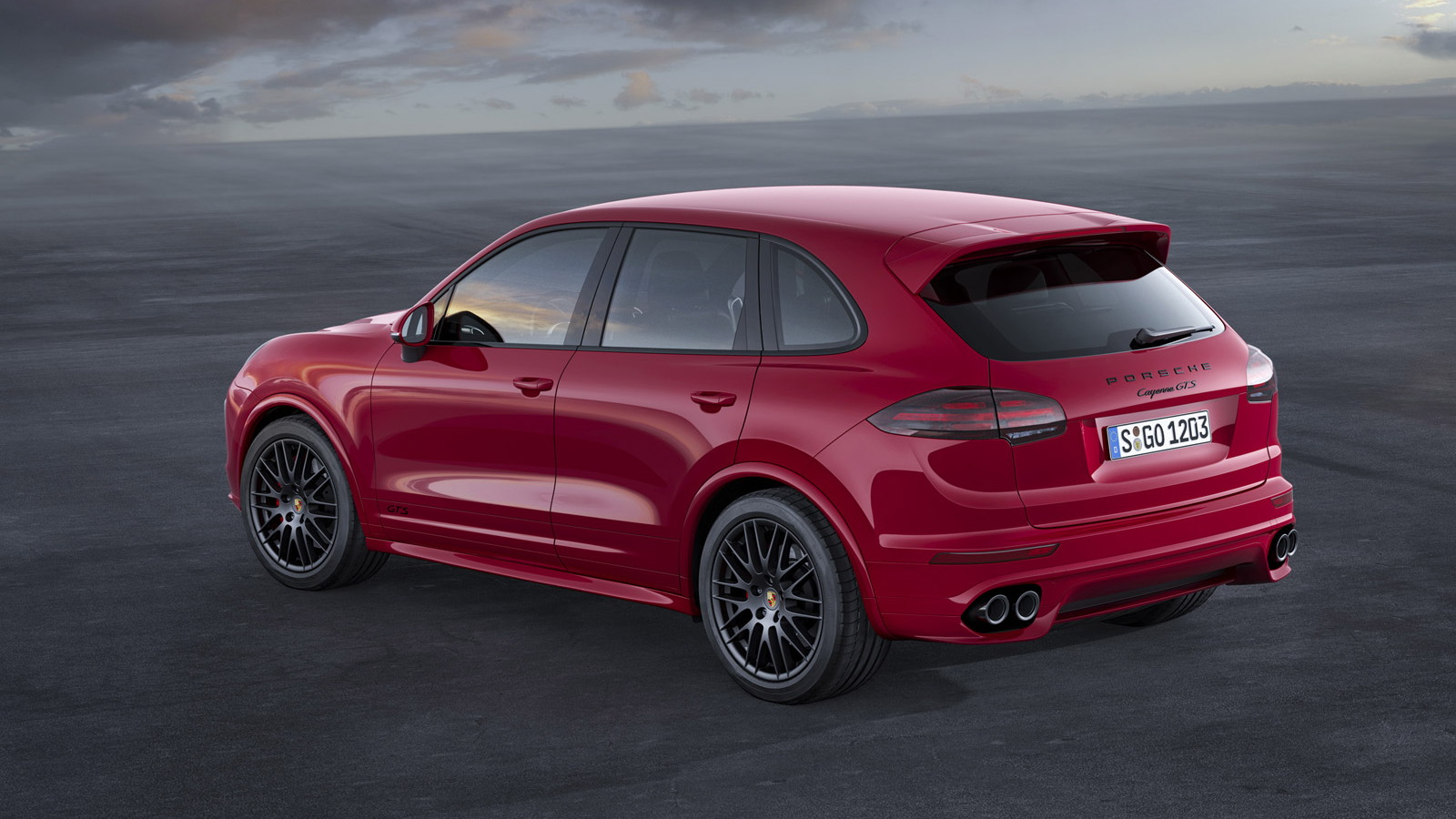 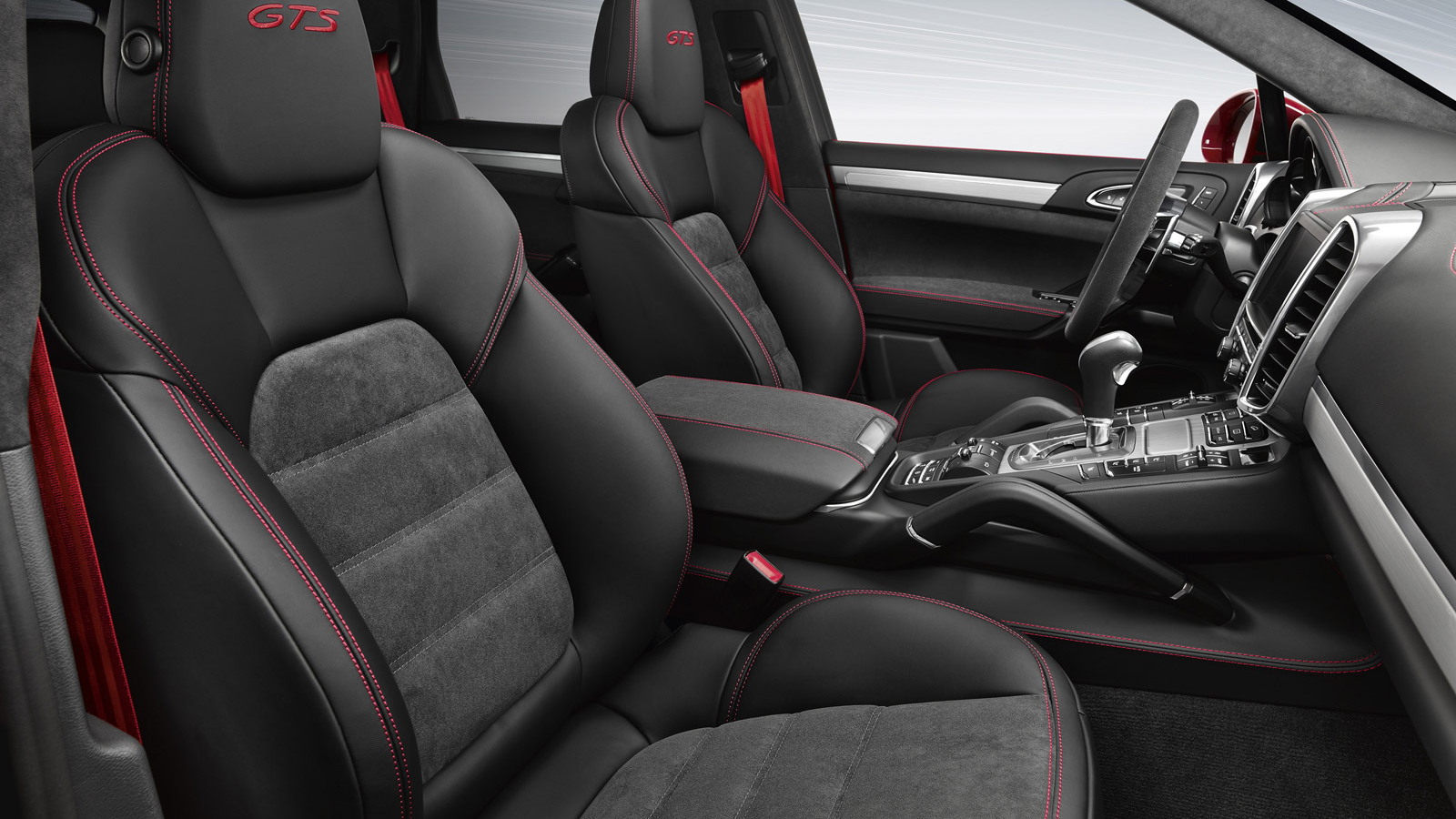 When Porsche introduced its updated 2015 Cayenne range at the recent Paris Auto Show, the base model and sporty GTS were noticeably absent. It turns out Porsche were saving these for this month’s Los Angeles Auto Show, and we now have the first photos and details ahead of the show’s November 18 opening.

Porsche says the 2015 Cayenne GTS will rocket to 62 mph from rest in just 5.2 seconds, or just 5.1 seconds when equipped with the available Sport Chrono package. This is 0.5 and 0.6 seconds less respectively than the times of the outgoing model. Top speed is 162 mph.

For the interior, leather and Alcantara trim can be found on most surfaces, and GTS letting is also featured throughout.

An eight-speed Tiptronic S automatic is standard on both.

With the arrival of the base model and sporty GTS, the 2015 Porsche Cayenne will boast six separate variants (see pricing details below). Overseas, buyers have the option of a seventh variant, the Cayenne S Diesel.