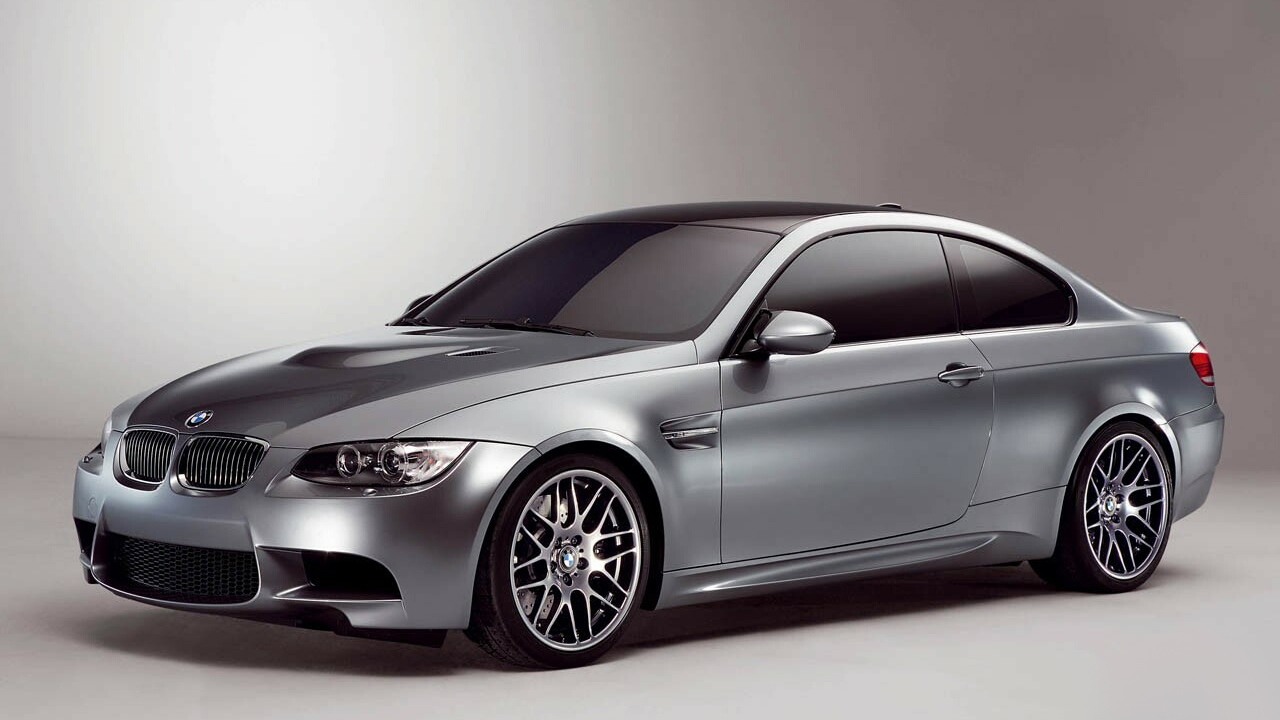 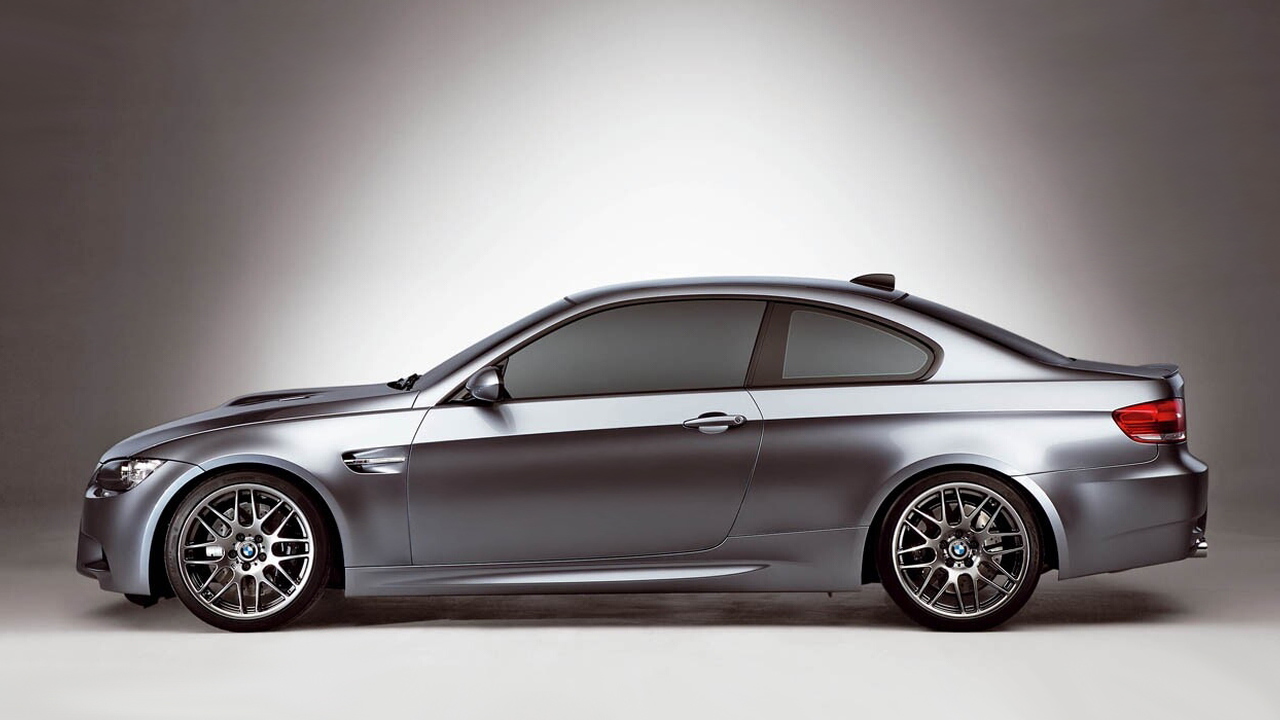 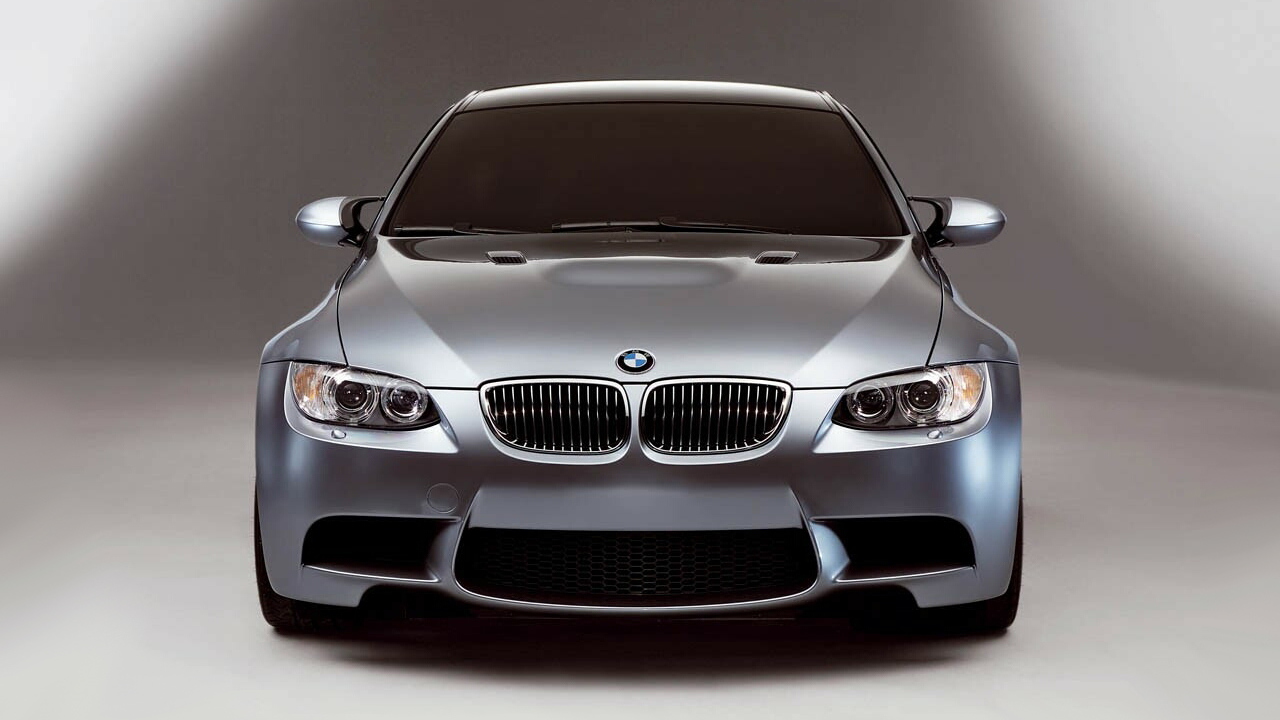 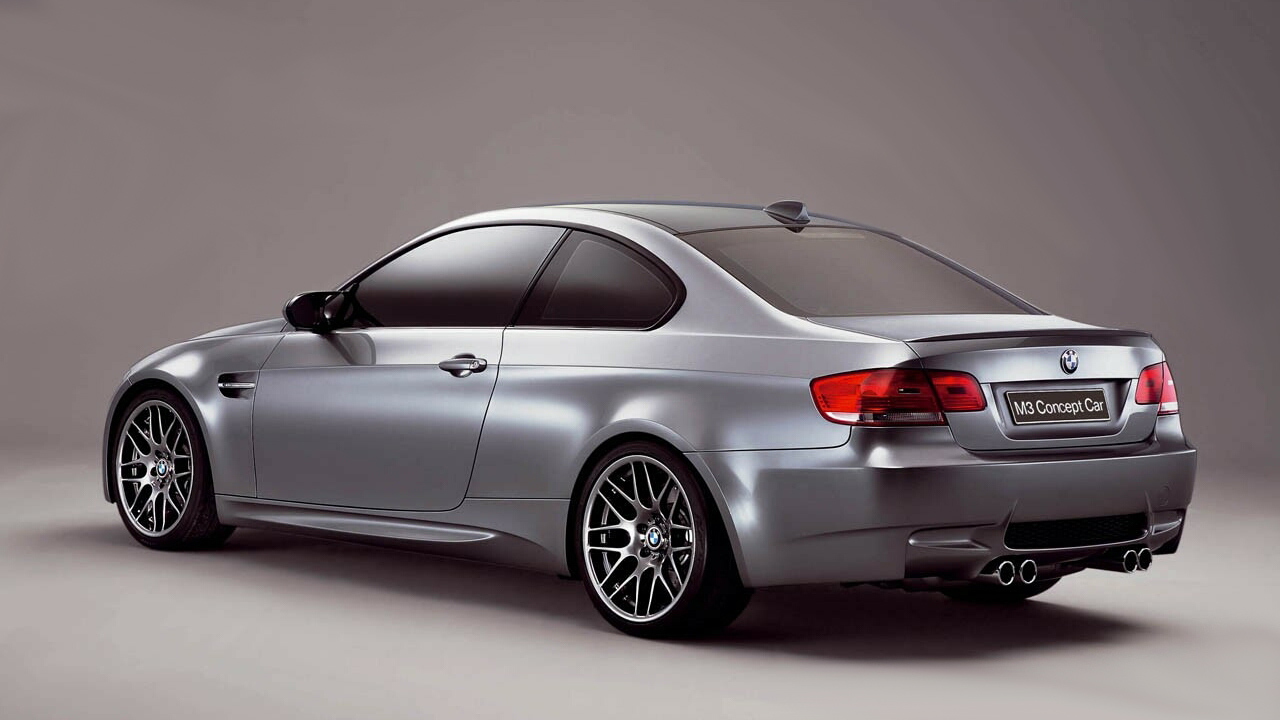 5
photos
After months of speculation and numerous spy images, we can finally reveal to you one of the most anticipated concept cars of the year, BMW’s all-new M3 Concept. Displayed during BMW’s conference at the Geneva Motor Show, the concept car is a dead-ringer for the final production version of the M3. A BMW official revealed that production is scheduled to start in “a couple of month’s time,” and that the final car will be “very similar” to this concept.

Apart from the basic vehicle structure, the M3 Concept shares only its lights, doors and boot lid with its donor 3-series coupe. Virtually every body panel has been redesigned from the ground up, with unique elements such as the carbon-fiber roof, aluminum bonnet and power-bulge, trademark M-style side vents, sporty side-skirts and newly designed M-style exterior mirrors. The front fenders have been widened by up to 0.8in over the coupe, and house huge 19in light-weight alloys that weigh just 17.6 pounds each. The rear of the car features the classic quad tailpipe design as well as a discrete boot lid spoiler.

Although official details are yet to be released, it’s widely anticipated that the new M3 will be powered by a high-revving 4.0L V8 engine developing up to 420hp with 295lb-ft of torque. Drive will be sent to the rear wheels via a six-speed manual or a rumored dual-clutch DSG style gearbox that will replace the current car’s SMG transmission. The new powerplant is a derivative of the high-output 5.0L V10 found in the larger M5 saloon. It’s expected to share the V10’s oversquare cylinders that are banked at 90 degrees. Light weight forged internals will allow the motor to rev to at least 8000rpm, and when combined with BMW’s third-generation Bi-VANOS variable valve control, should provide a wide power band starting low in the rev range. You can expect the M3 to complete the 0-62mph dash in at least 4.9 seconds, which sounds very conservative to us. In real-life tests the 335i managed to get a 0-62mph time of 4.8-4.9 seconds. The new M3, with an estimated 80-90kW of extra power on tap, should be able to do it in the low four second mark. Like most German performance cars, top-speed will remain electronically limited to 155mph.

Completing the performance package is a full aluminum suspension set-up and carbon-fiber roof. The all-new sedan M3 variant is expected to stick with a conventional steel roof, with the carbon-fiber panel reserved for the coupe and forthcoming CSL model. The intelligent use of light weight materials such as the plastic side panels and carbon roof also optimizes weight distribution and at the same time lowers the center of gravity, improving overall dynamics. The M3 concept is easily one of the most exciting cars at this year’s Geneva Motor Show, and we can’t wait to see it in showrooms. Now bring on the RS5.