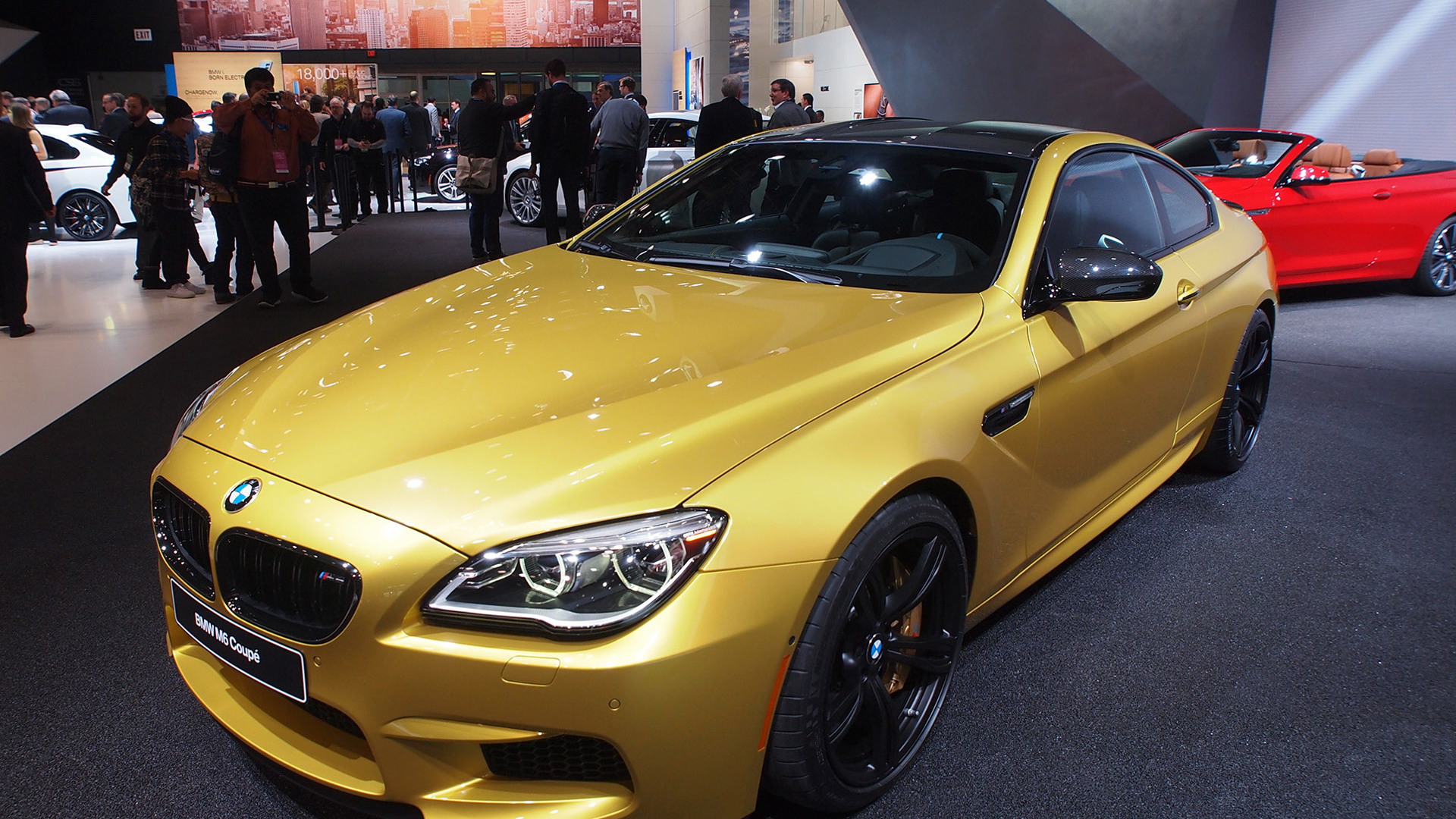 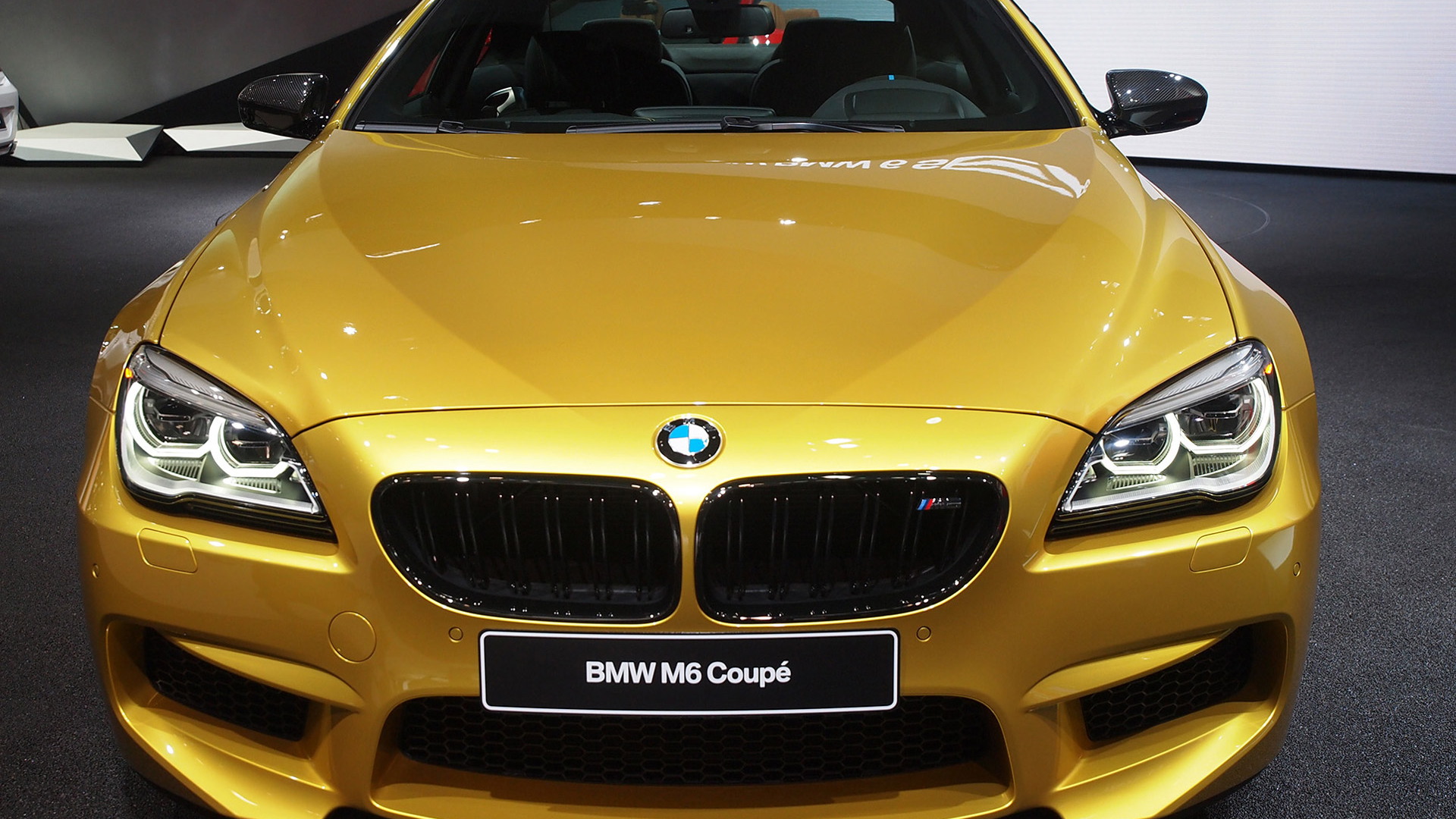 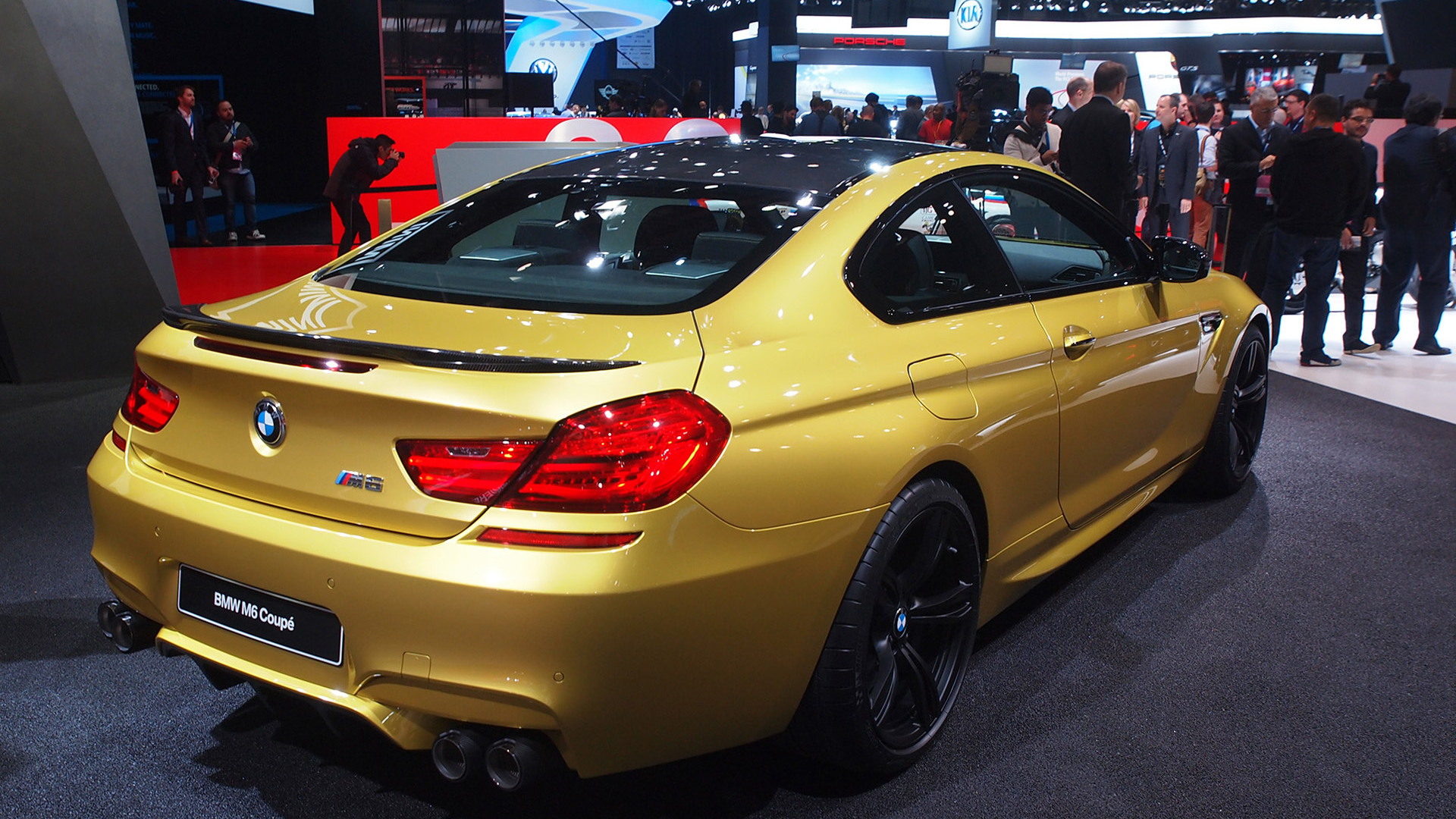 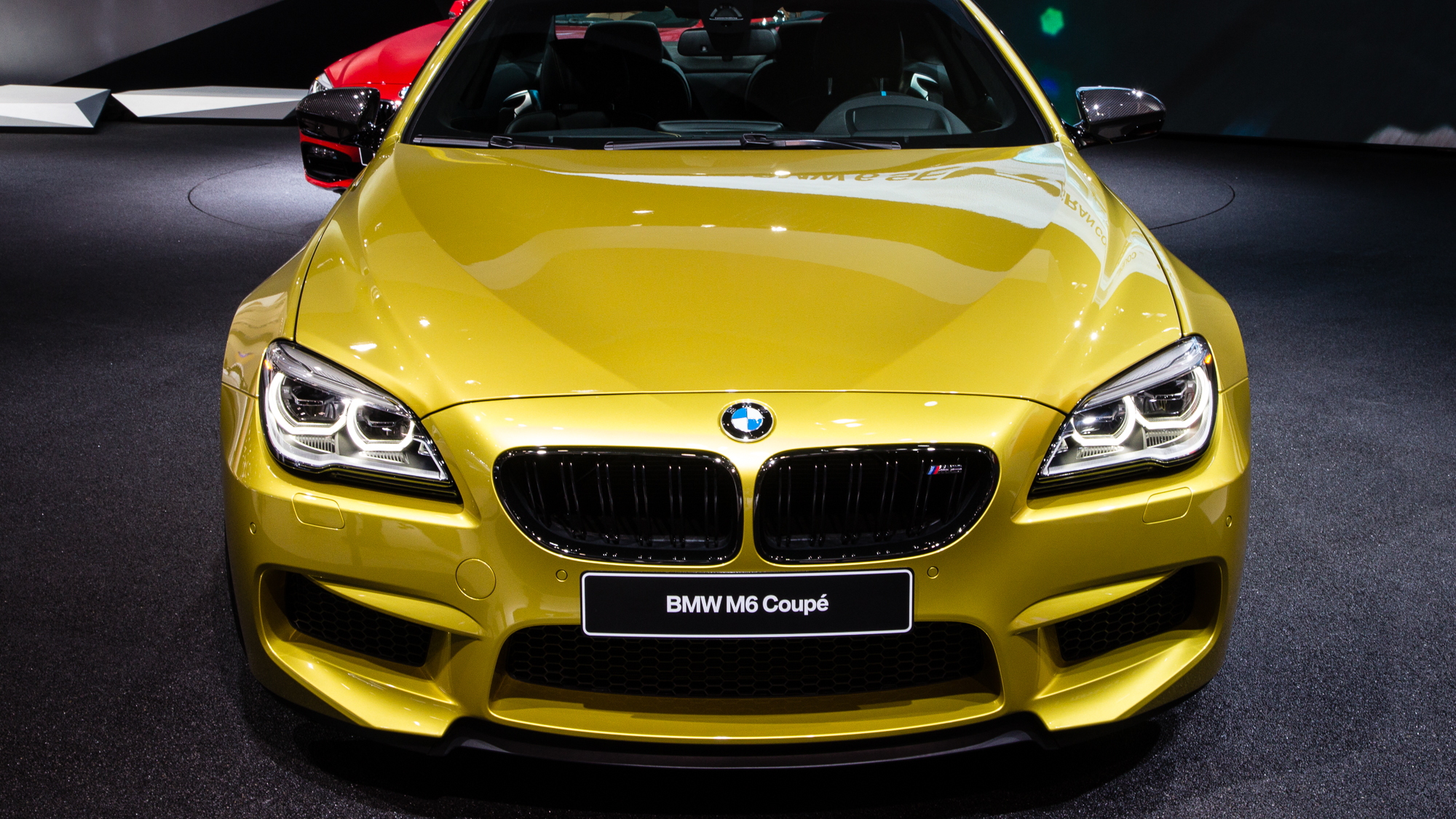 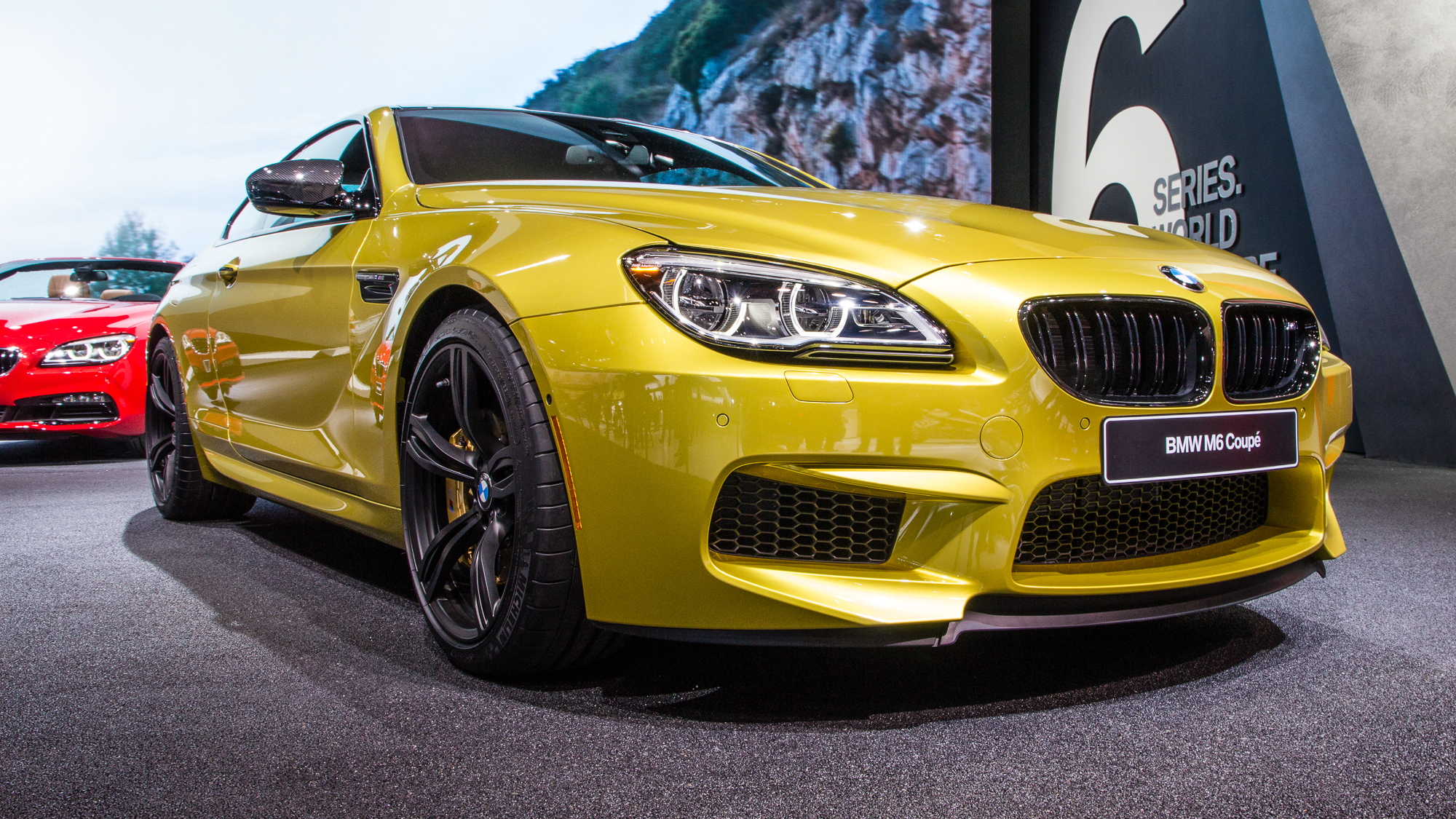 104
photos
The elegant BMW 6-Series has received a mid-cycle update for the 2016 model year, but the changes are barely noticeable unless you're a die-hard fan of the brand. The changes affect the entire 6-Series range, which continues to include a coupe, convertible and four-door coupe, plus their respective M6 variants.

Since more than 80,000 examples of the current 6-Series have been sold since the car’s 2012 model year arrival, designers were never going to muck around with what appears to be quite a successful formula. Instead, they have tweaked things here and there to make the updated model more powerful, sportier and sharper.

Yes, there's more power under the hood for some models. Here in the U.S., the base 2016 6-Series remains the 640i, whose turbocharged 3.0-liter in-line six now rates in at 315 horsepower instead of the previous model’s 300 hp. Up next is the 650i, which sports a turbocharged 4.4-liter V-8 and 445-hp rating. Finally, at the top of the range is the M6, which also features a turbocharged 4.4-liter V-8 but has a 560-hp rating in standard form and 575-hp rating when the car’s available Competition Package is installed.

Drive is normally sent to the rear wheels but the 640i and 650i variants can be upgraded with xDrive all-wheel drive. The M6 is a strict rear-driver. Those regular models also sport an eight-speed Steptronic automatic transmission whereas the M6 gets a seven-speed M-DCT dual-clutch unit. Both transmissions feature a Launch Control function.

Clearly the M6 is the quickest: Both the M6 coupe and M6 Gran Coupe need just 4.2 seconds to accelerate from 0-62 mph while the M6 Convertible is only 0.1 of a second off that pace. Top speed for all members of the 6-Series family is electronically limited to 155 mph.

The visual tweaks made to the regular 2016 6-Series are a bit more substantial than those found on the M6. The grille is now more prominent and the front bumper sports a new design for the intakes. The fog lights have also been pushed out to the edges of the bumper and the internals of the standard LED headlights have been given a new look. Other changes to the car include more aerodynamically-shaped side mirror caps and new wheel patterns.

For the interior, designers have added some new high-gloss surfaces as well as LED illumination of the footwells, door exits and glove box. Two types of leather are available, Dakota or Nappa, and the list of standard features now include BMW’s latest navigation system, heated and electrically adjustable seats for the driver and front passenger (including memory function), two-zone automatic climate control with extended features, an electrically adjustable sports leather steering wheel with multifunction buttons, dynamic cruise control (with braking function), electrically adjustable and heated exterior mirrors and a hands-free facility with USB audio interface.Finally, BMW is offering a new Black Accent Package for its 2016 6-Series. As the name suggests, this adds a number of black accents to both the exterior and cabin, the latter of which also benefits from a luxurious wood trim. Buyers also have the option of the previous M Sport Package and any of the items from the long list of features from the BMW Individual personalization department.

The 2016 BMW 6-Series should reach showrooms in the spring. For more Detroit Auto Show coverage, head to our dedicated hub.