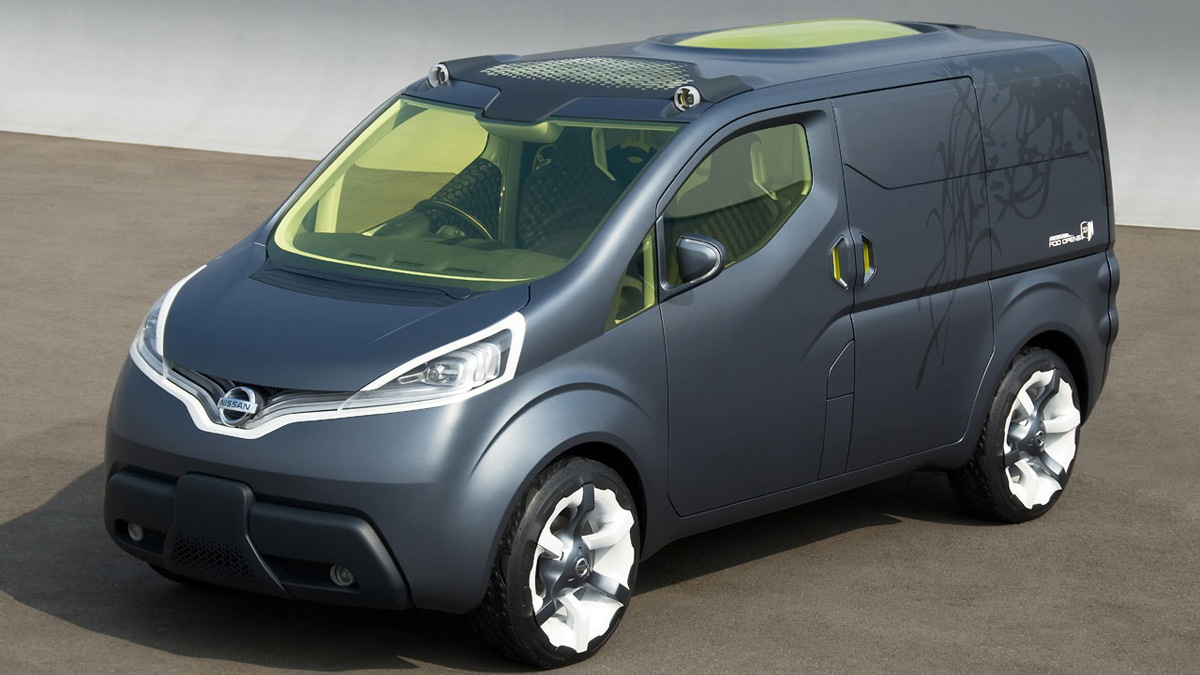 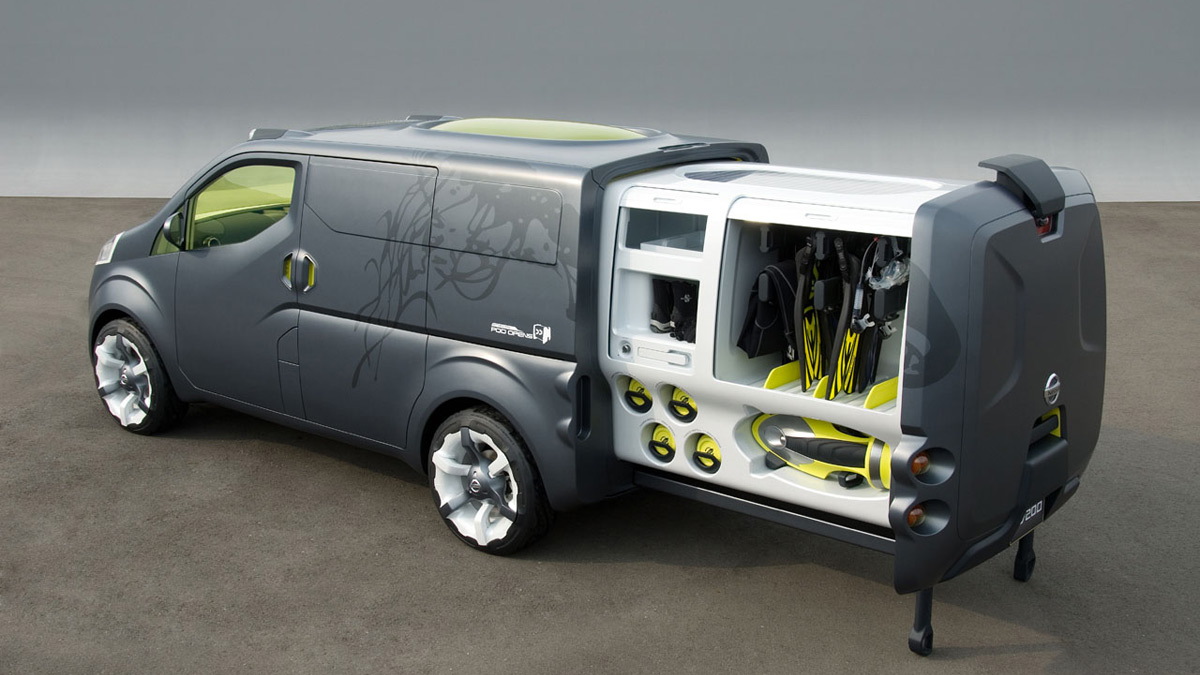 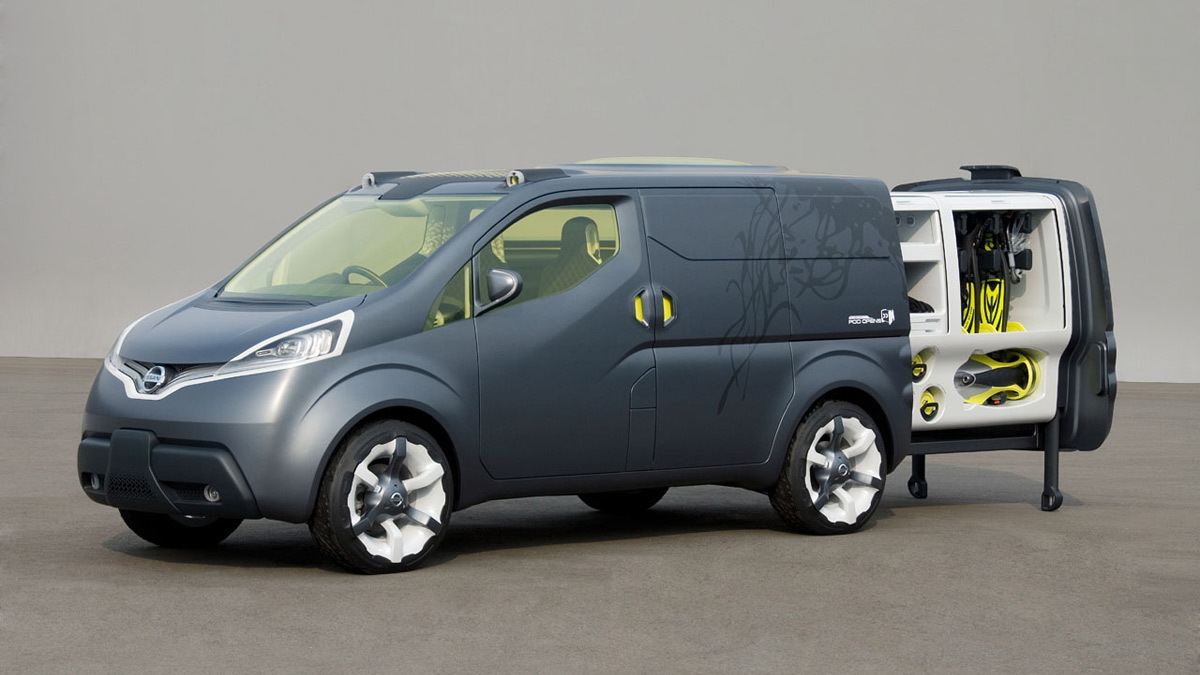 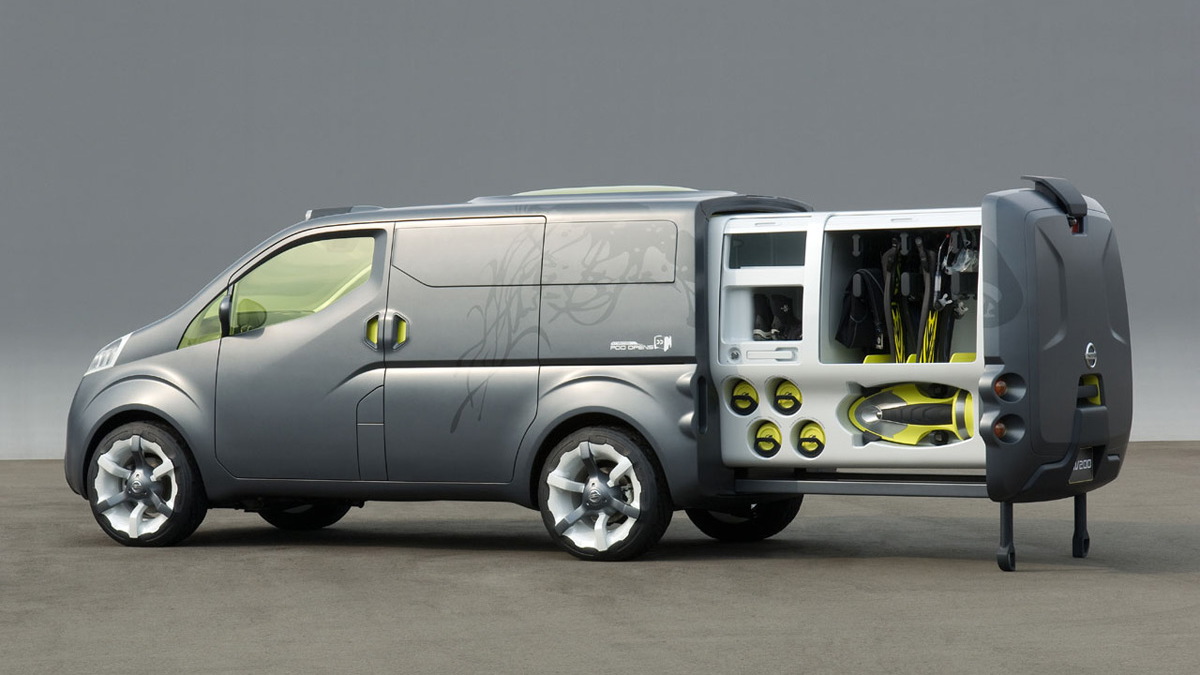 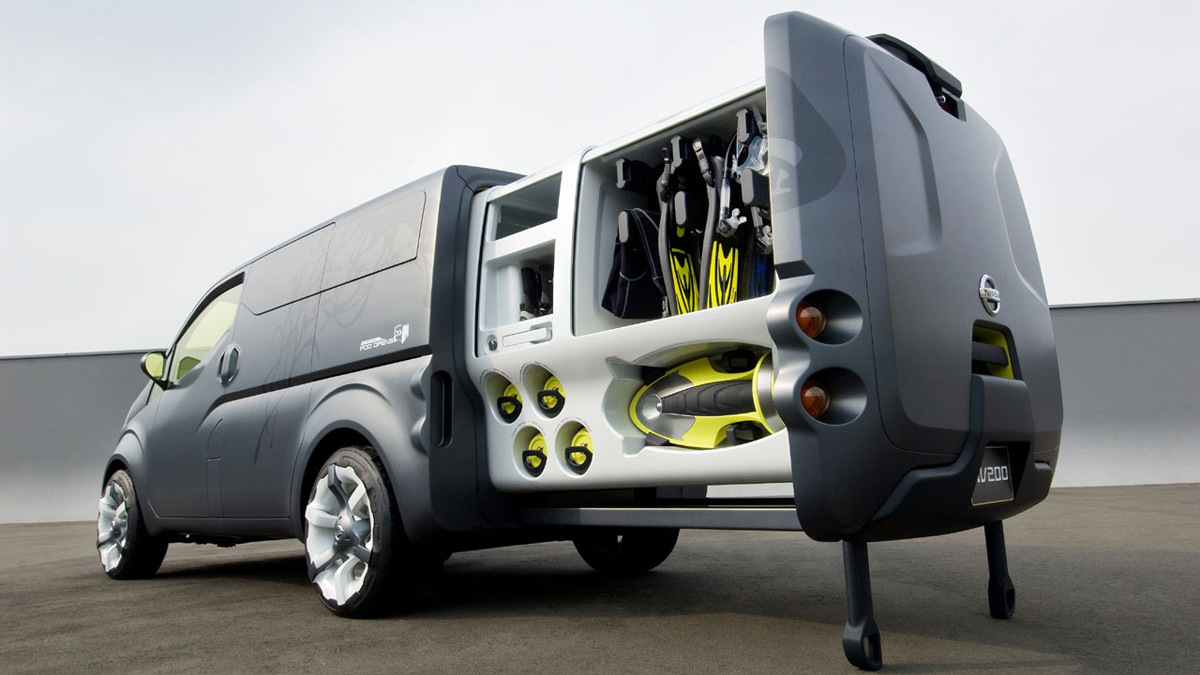 45
photos
Designed at Nissan’s European design studio in London, the NV200 was a striking van concept that made its debut at the 2007 Tokyo Motor Show. Nissan now plans to show off the production version of the NV200 at next month’s Geneva Motor Show.

The new Nissan van is described as a light commercial vehicle that remains innovative and stylish. It is designed to offer practical commercial and family transportation, and features three-row seating and sliding doors for access to the rear.

The interior can be configured differently to accommodate up to seven occupants and comes with plenty of innovative storage solutions. The NV200 will be available in three different versions: a standard van and two seven seat variants – a functional Combi version for loads and passengers, and a passenger version, which will be displayed in Geneva.

The NV200 stretches 4.4m in overall length, which is enough for more than 2m (2040mm) of load carry space. At 1.84m high NV200 is no taller than its rivals, while at 520mm from ground level, the floor itself is the lowest in the class to ease loading, helping to boost the cargo volume to 4.1 cubic meters. Maximum payload is 771kg.

Built on a modified version of Nissan’s B Platform, the NV200 has fully independent strut type front suspension mounted on a separate subframe and a compact and lightweight yet robust wide leaf spring rear axle.

Performance comes from a choice of two engines, one petrol and one diesel. The petrol version will be powered by Nissan’s all-aluminum 1.6L HR16 engine, as found in Micra, Note and Qashqai. The 16-valve unit develops 108hp (79kW) and is mated to a five-speed manual transmission. The diesel, also found on Note and Micra, is a Renault-sourced unit and develops 86hp (63kW) from its 1.5L of displacement.

Nissan has confirmed that the NV200 will be sold in global markets but the U.S. will get a slightly different version. At last month’s Detroit Auto Show, Nissan revealed the NV2500 van concept that previewed the carmaker’s entry into the North American Commercial Vehicle (CV) market. The NV2500 featured an electric powertrain and is expected to go into production next year.