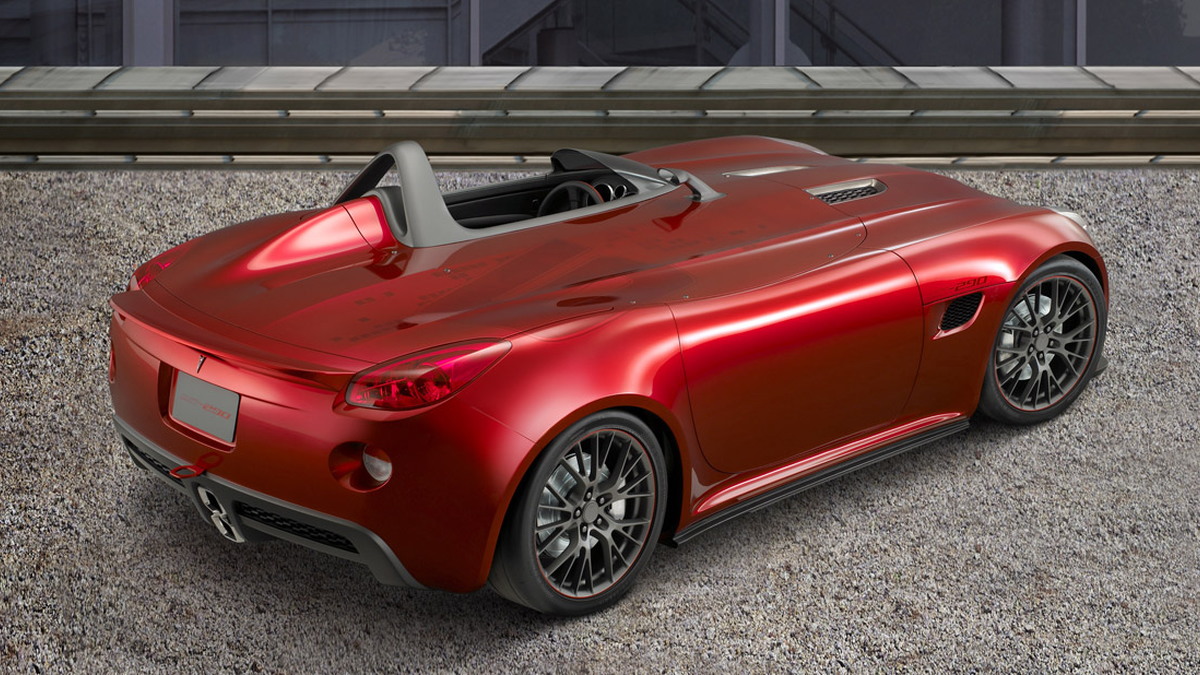 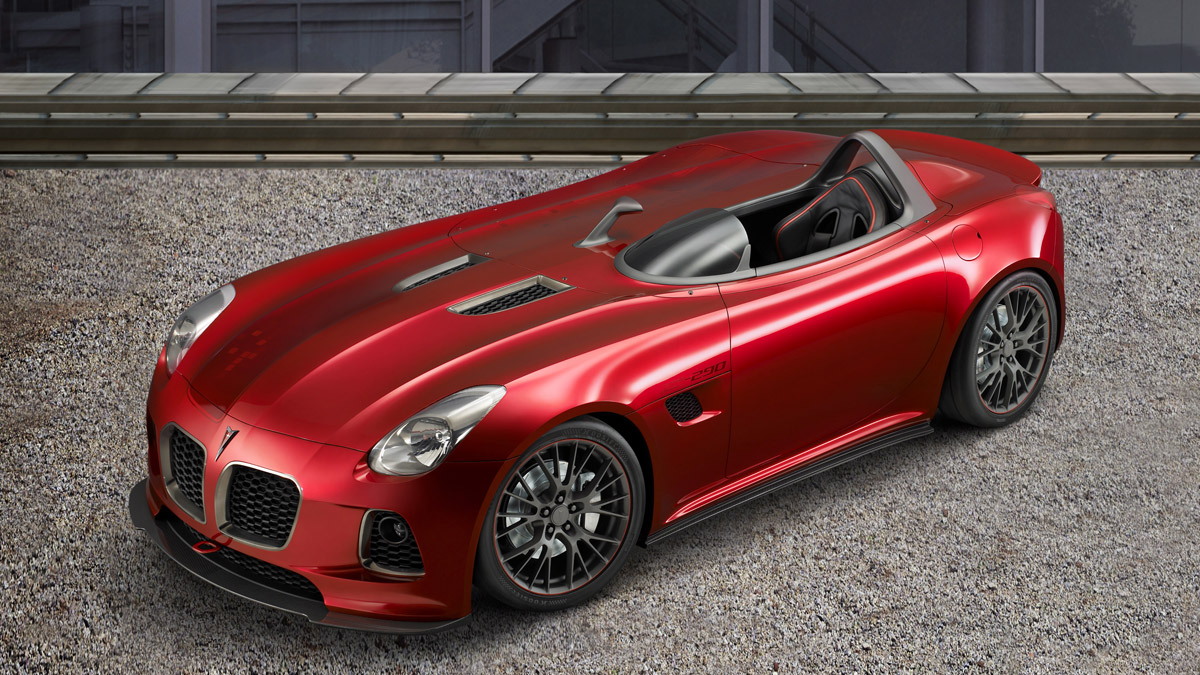 Pontiac’s Solstice is one of the most beautiful cars to roll onto American showroom floors in years - and sales have proven it, despite a recent slump. But the sexy little roadster’s performance hasn’t been quite as well received - the Miata is the driver’s roadster, the Solstice is for looks. Now Pontiac is proving it doesn’t have to be that way: the SD-290 roadster brings back the feel of vintage racers and adds some serious go to the already great show.

Highlights of the performance end of the Solstice SD-290 package include the Club Sport Z0K suspension package, three-piston aluminum caliper brakes mated to 13-inch rotors courtesy of Stainless Steel Brake Company, and a 290hp turbocharged 2.0L Ecotec four-cylinder. A performance cat-back exhaust system helps the tiny motor pump the air more easily, and weight reduction through elimination of the passenger’s side of the windscreen, the convertible top, door glass, and heating/cooling hardware means the little motor has less bulk to push around. Power is routed through a five-speed manual.

Cosmetically the the Solstice SD-290 features an all-new front end: fascia, grille inserts, hood and front fenders. But the new pieces aren’t for looks alone - they are more aerodynamic, helping the Solstice slice through the air with greater ease. The cockpit is stripped to the bare essentials - only a smattering of gauges, a roll bar, and a racing seat. A four-point harness ensures the driver stays put under hard cornering and braking. The chrome fire extinguisher brings safety and style to the interior. The steering wheel is even removable, just like a real race car.

On the outside, the SD-290 gets a competition red paint scheme, new side fender gill panels, tinted headlamp lenses, passenger-side hard tonneau cover, a rear spoiler, and 19-inch wheels fitted with Hoosier R6 racing tires. It just goes to show what a lot of aftermarket parts - and some very skillful design and modification - can do to make a hot car even hotter. And that’s what SEMA’s all about.