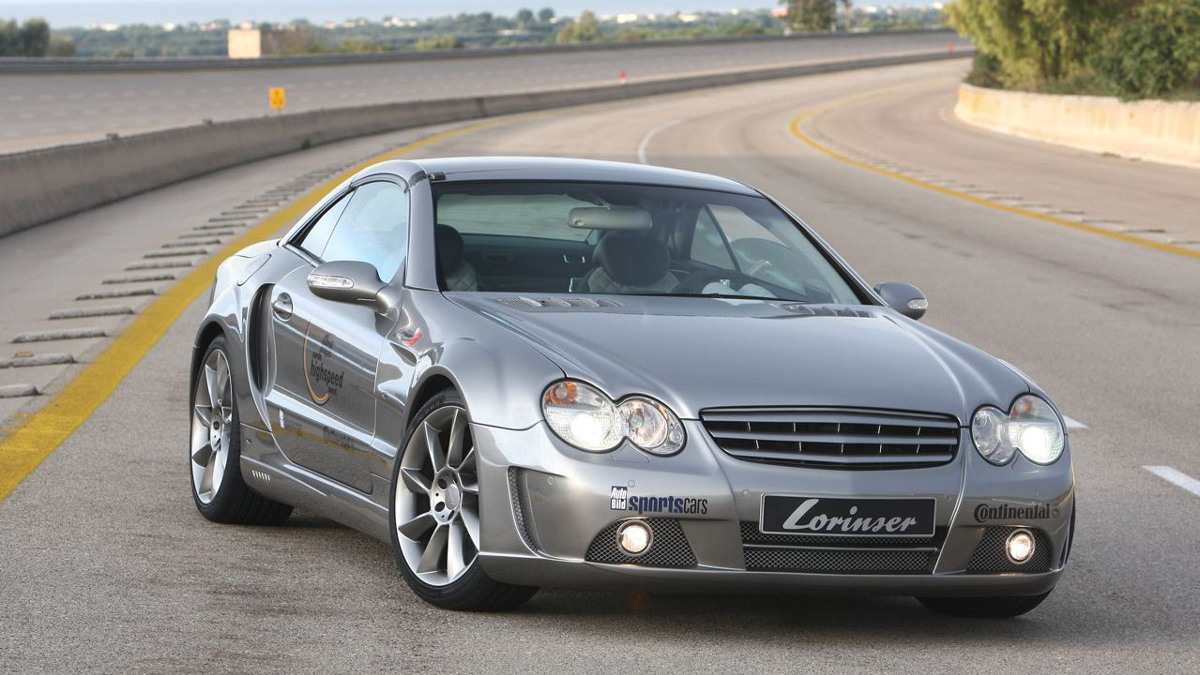 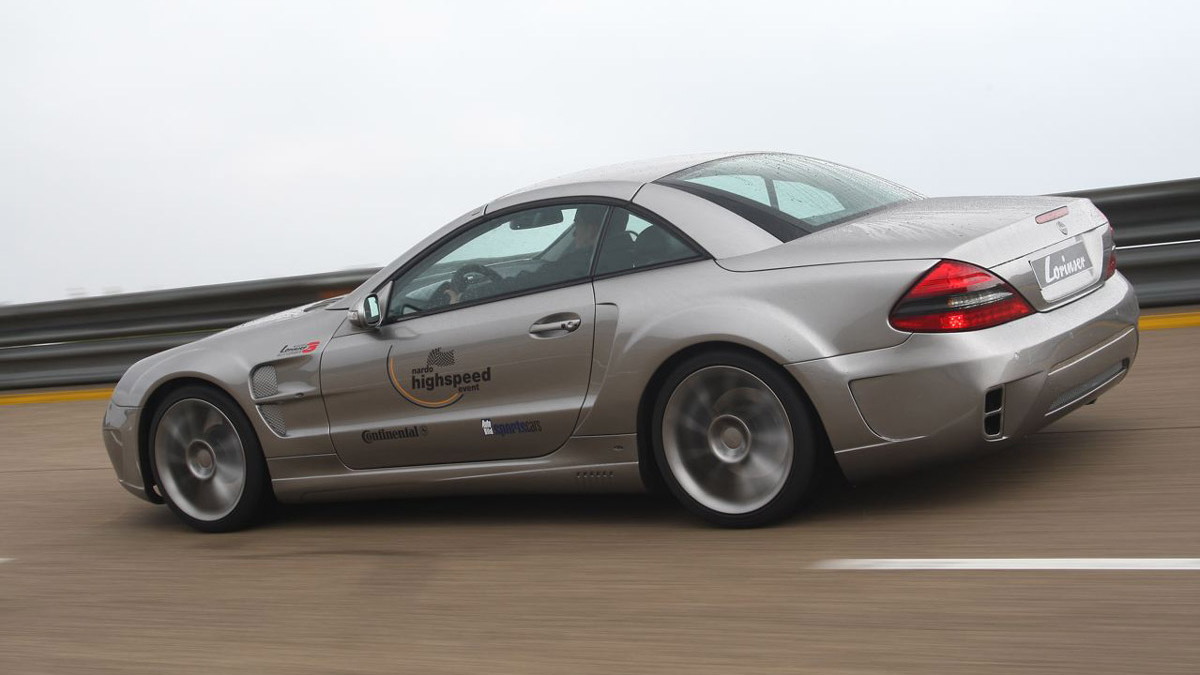 3
photos
Each year the world’s top tuners take to Italy’s Nardo high-speed test track to find out which is the fastest. This year’s round included a diverse range of exotics as well as few odd choices, including a Maybach saloon and the fastest of the pack, a twin-engined Audi TT. One of this year’s entrants was a Mercedes-Benz SL65 AMG tuned by Germany’s Lorinser and packing 660hp (485kW) and 1,013Nm (747lb-ft) of torque.

The tuned Merc managed to reach a top speed of 325km/h around the 12.4km Nardo circuit. To achieve these performance figures, the Swabian technicians optimized the electronic system and fuel injection of the engine, which is based on the 612hp (450kW) Biturbo engine of the regular SL65 AMG.

The vehicle’s exterior was also given some serious modifications. The flanks of the vehicle are marked by aggressive front and rear bumpers, widened fenders, and gigantic air intakes. The latter are used for deflecting the heat generated by the engine and brakes.