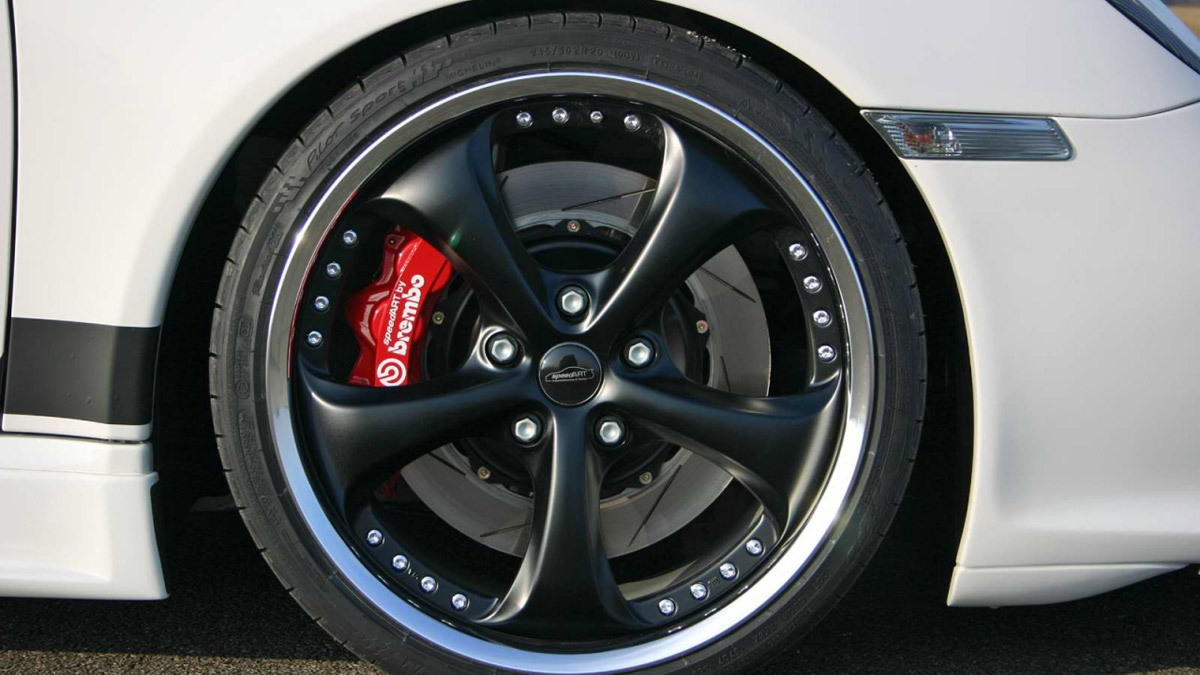 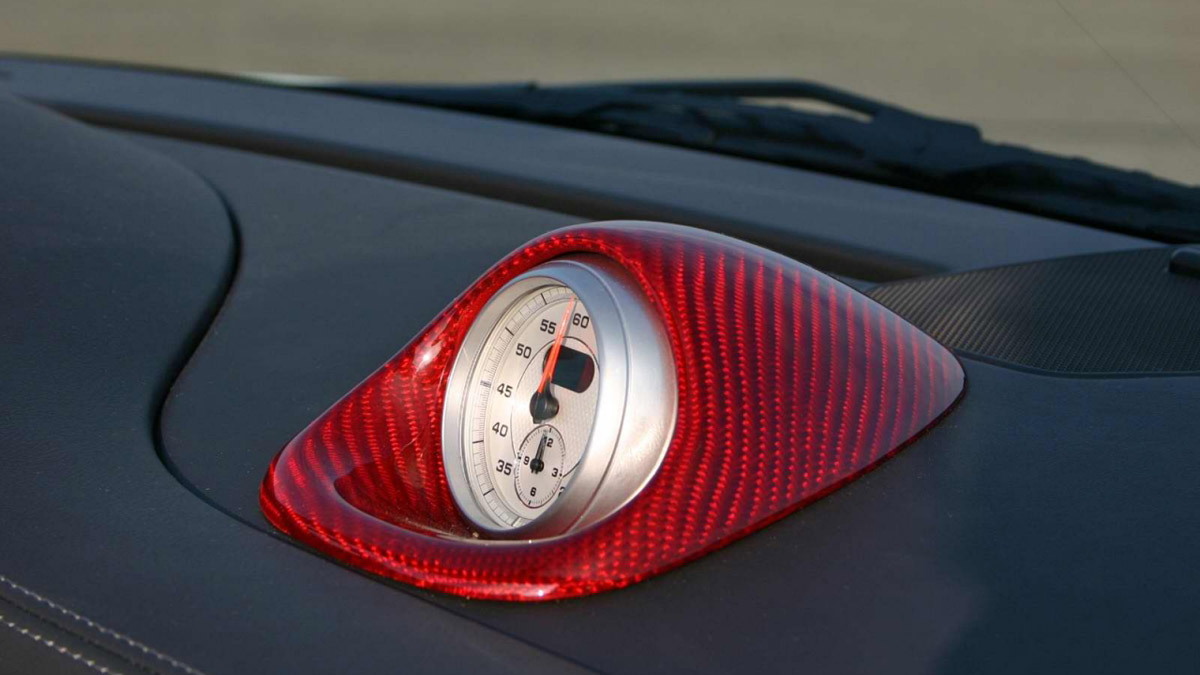 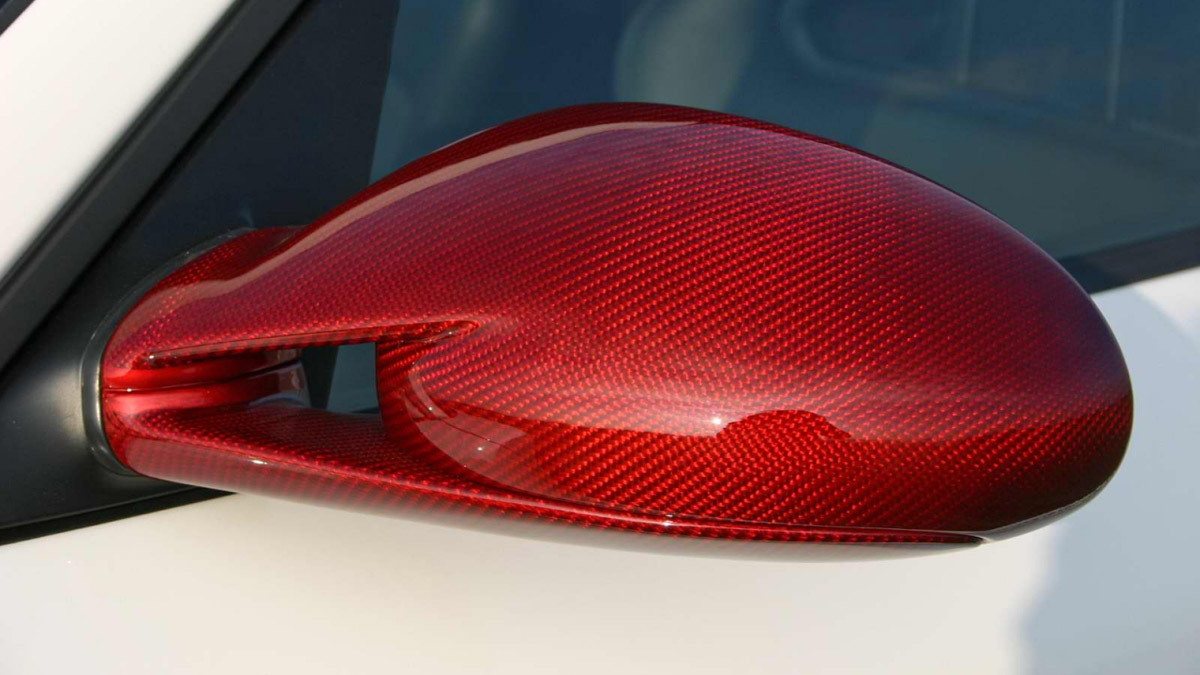 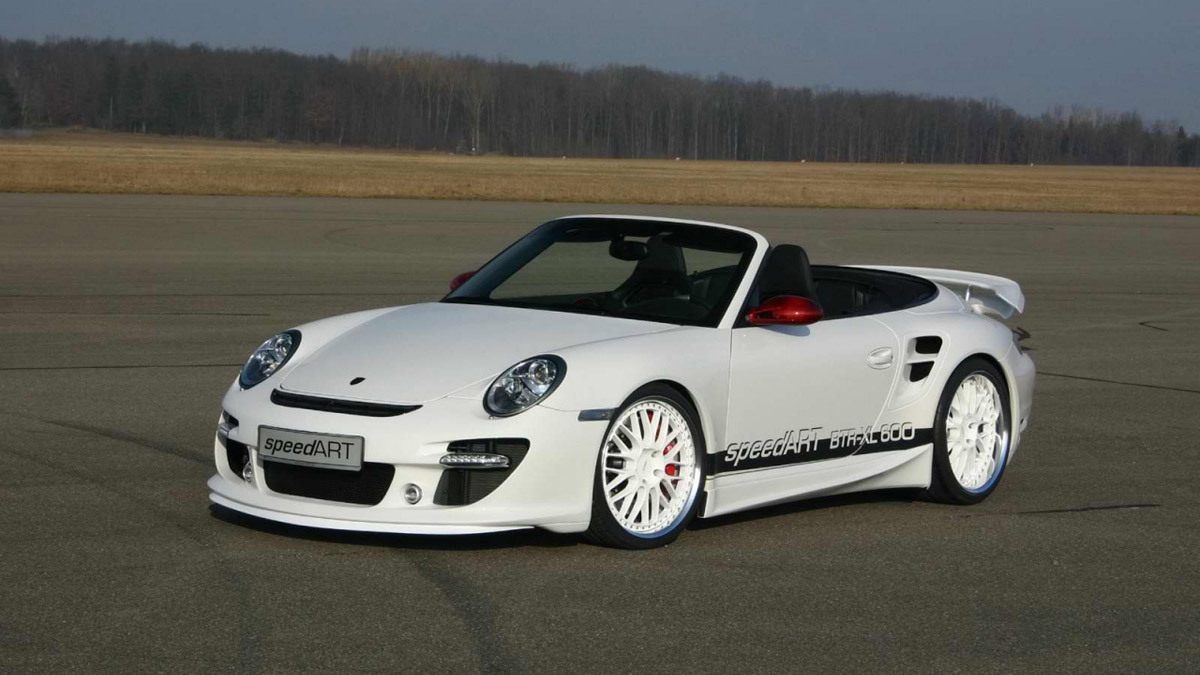 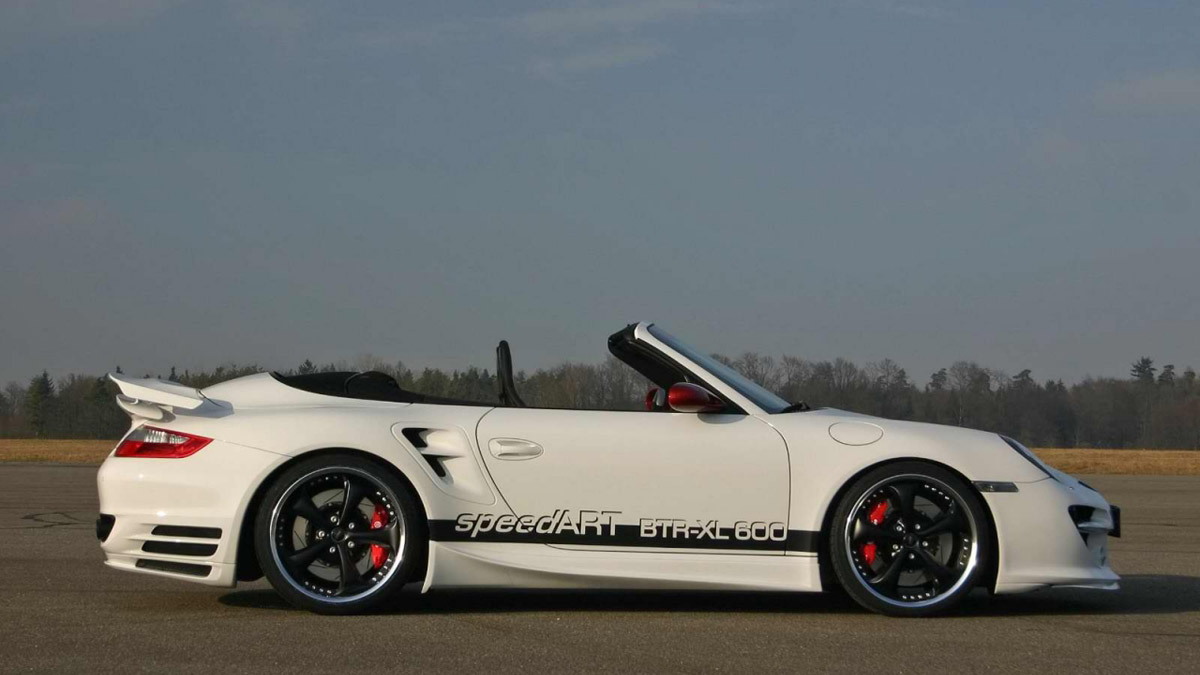 8
photos
It’s safe to assume anyone modifying their 911 to the state of tune offered by the guys at Germany’s SpeedART could be considered a serious performance enthusiast, so why would such individuals want to modify the softer convertible model in Porsche’s lineup? The answer, it would seem, is that there’s a group of individuals out there who desire the feel of the wind through their hair at speeds beyond 300km/h and no car would better suit them than the latest Porsche BTR-XL 911 Turbo Cabrio from SpeedART.

The name BTR-XL is an acronym for ‘Bi-Turbo Racer - Extra Large’ and is completely befitting of a car that’s packing more than 600hp and 800Nm under the hood. Engineers managed to tweak the Porsche-spec VTG turbochargers and added a new sports exhaust system with new headers, a sound switch and black tail pipes. According to SpeedART, the 0-100km/h sprint now takes 3.4 seconds and top speed rates in at 325km/h with the standard transmission. We assume it can go even faster with a modified ‘box.

To ensure the car will still be controllable at speeds approaching the 300km/h mark, engineers then added a new front bumper and chin spoiler with integrated carbon parts for visual impact. They also added custom side skirts, a rear diffuser, an adjustable rear-spoiler, and carbon covered mirrors in zinnober-red.

Other modifications include an adjustable sport-suspension kit and new six-piston calipers biting 380mm discs up front and smaller four-piston calipers with the same 380mm discs up back. The interior has also been dressed up and now features custom carbon parts, a new sports steering wheel and SpeedART branded floor mats and door sills.