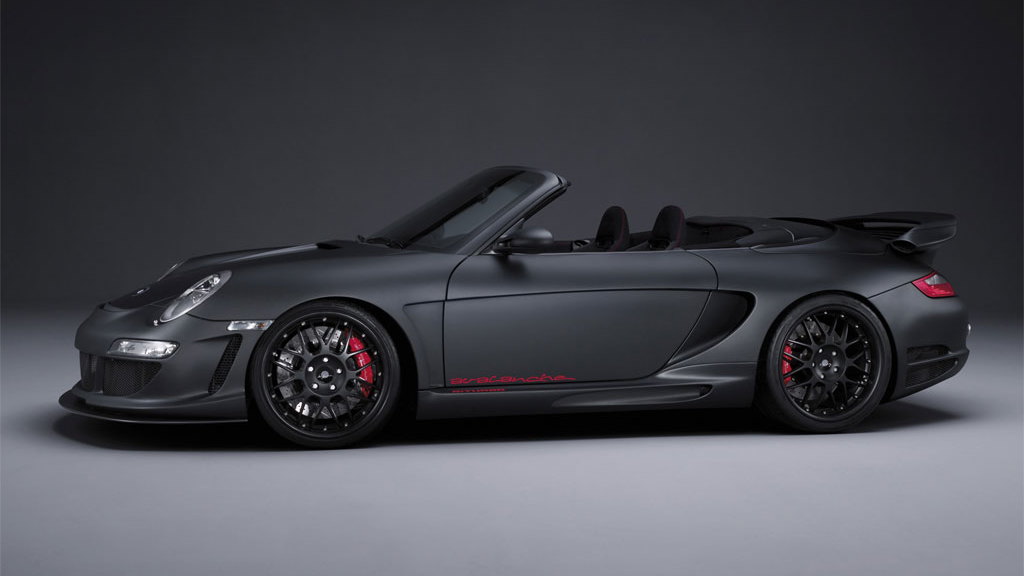 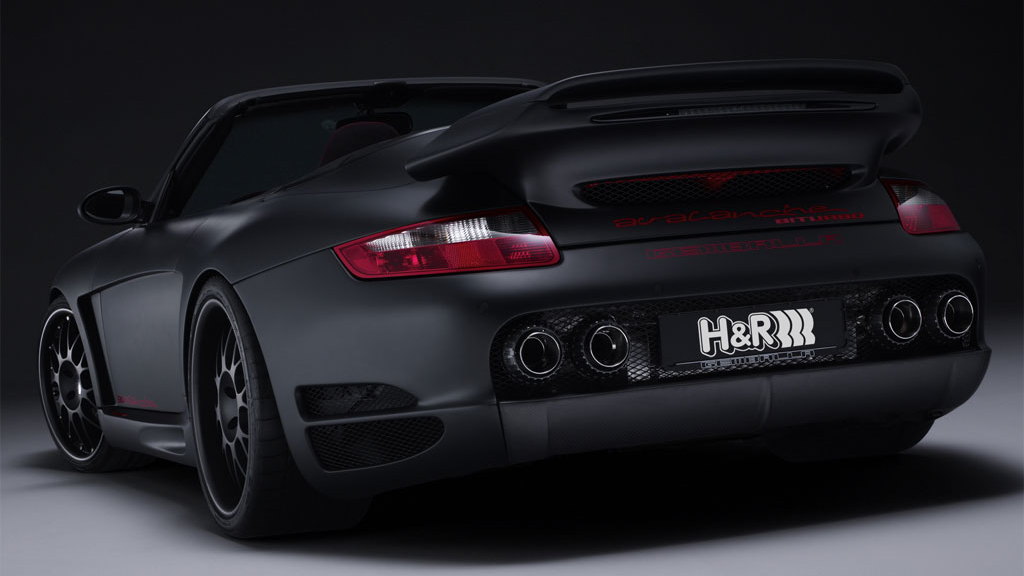 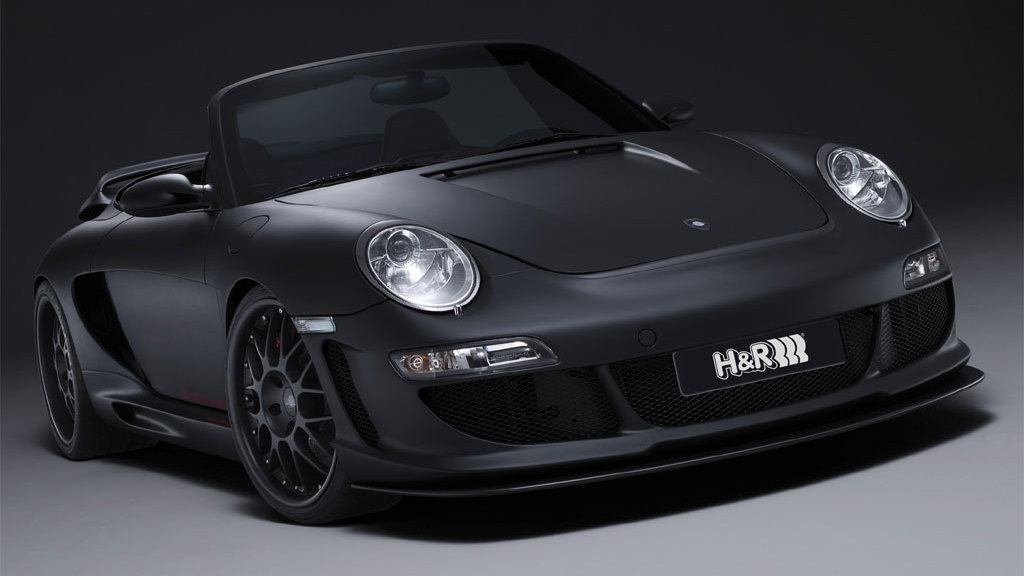 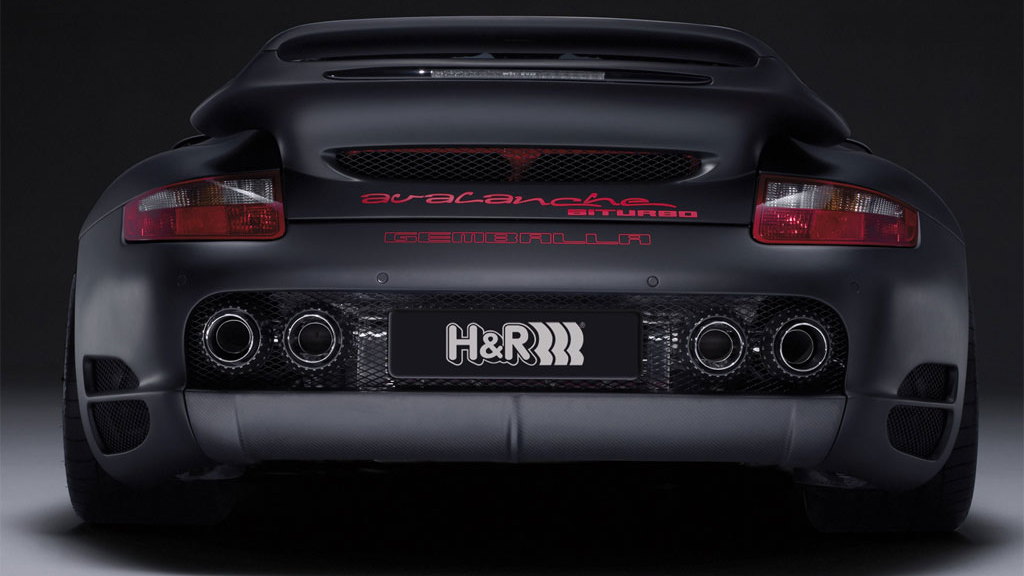 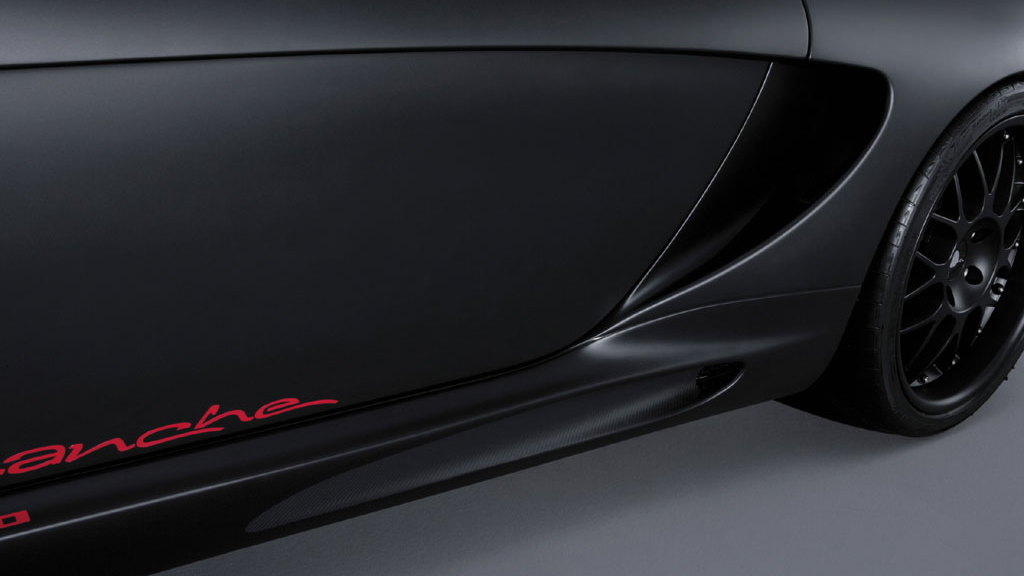 8
photos
Already this year has seen Gemballa release the GTR 800 EVO-R Porsche 911 variant, two Cayman S variants and a Cayenne Turbo concept, among others. Now we can add yet another creation to the list of what has to be one of the busiest tuning shops on earth: the HR Gemballa Avalance Roadster Porsche GT.

Producing a respectable 600hp at the crank, with torque peaking at 840Nm, the Avalanche Roadster manages some quick sprints: 0-100km/h (0-62mph) takes just 3.5s. Top speed will carry the dial all the way to a reading of 320km/h (198mph). A special H&R stainless steel coil-over system has been custom built for the car, adding handling to match the potential for speed.

Inside, the standard treatment of Alcantara and nubuck leathers and carbon fiber give a suitably luxurious yet high-tech experience to those lucky enough to take a seat in the Avalanche. Outside, the Roadster sticks with the latest trend of throwing a rat-rod reminiscent coat of matte-black paint over a seriously fast car. The front fascia and side skirts add to the aggressive stealth-fighter look, and viewed from behind the dual-exhausts shout race car to the eyes and sing it to the ears.

The body work isn't all for show, however: bigger intake scoops feed more air to the even-boostier turbos, the rear fascia features an integrated diffuser, and the exhaust has been moved to the center to avoid disturbing the airflow and thereby losing downforce.