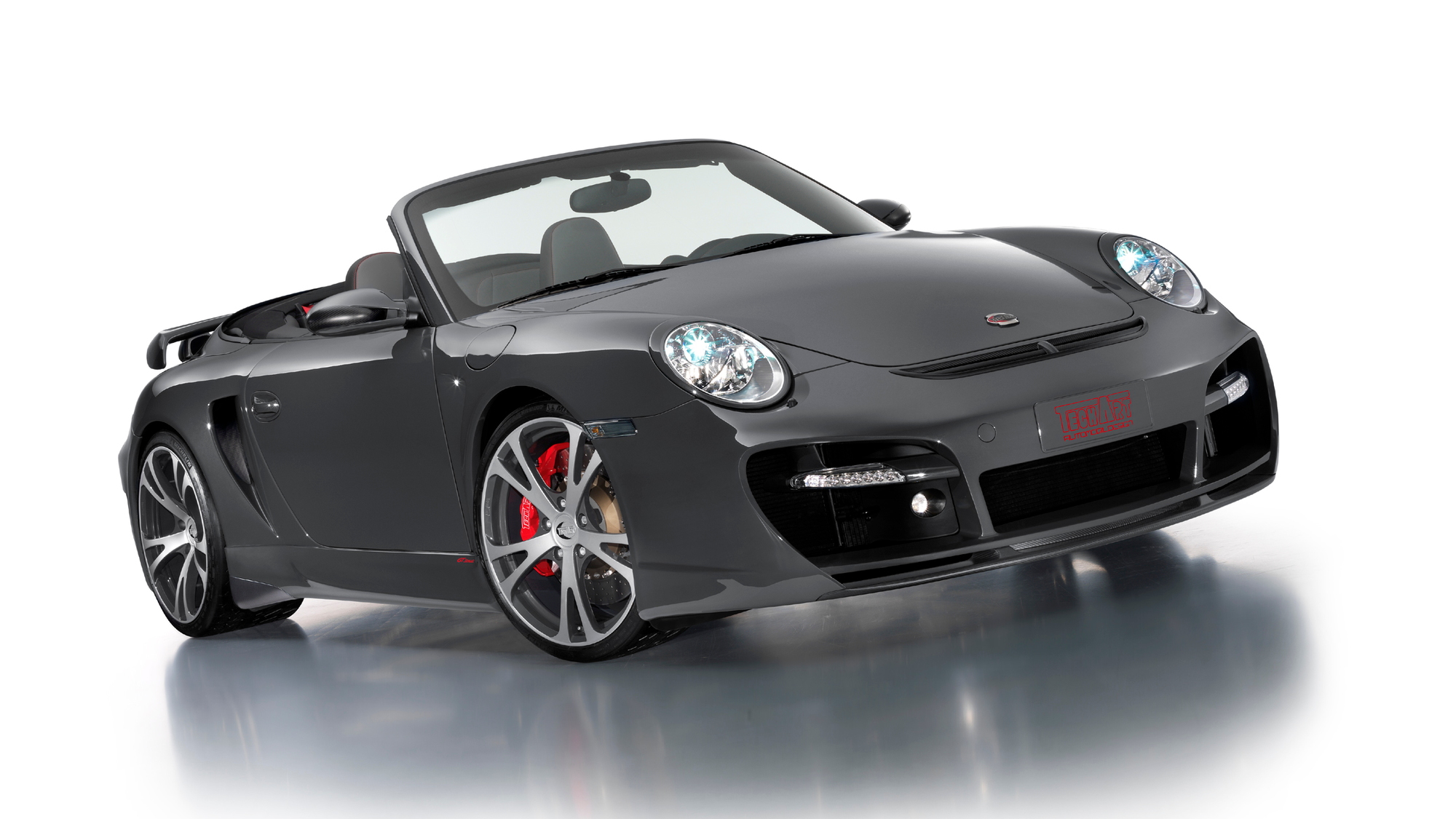 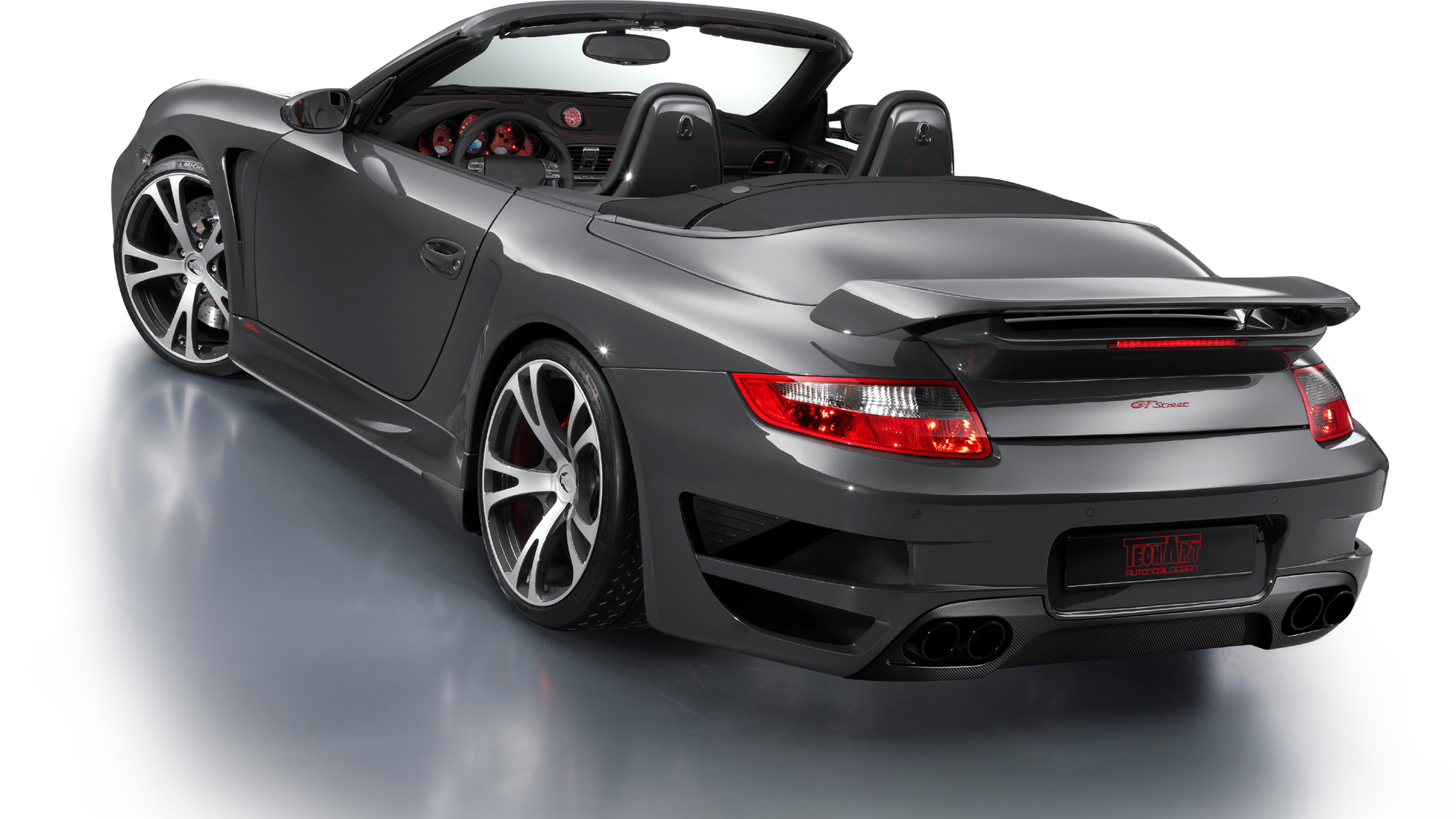 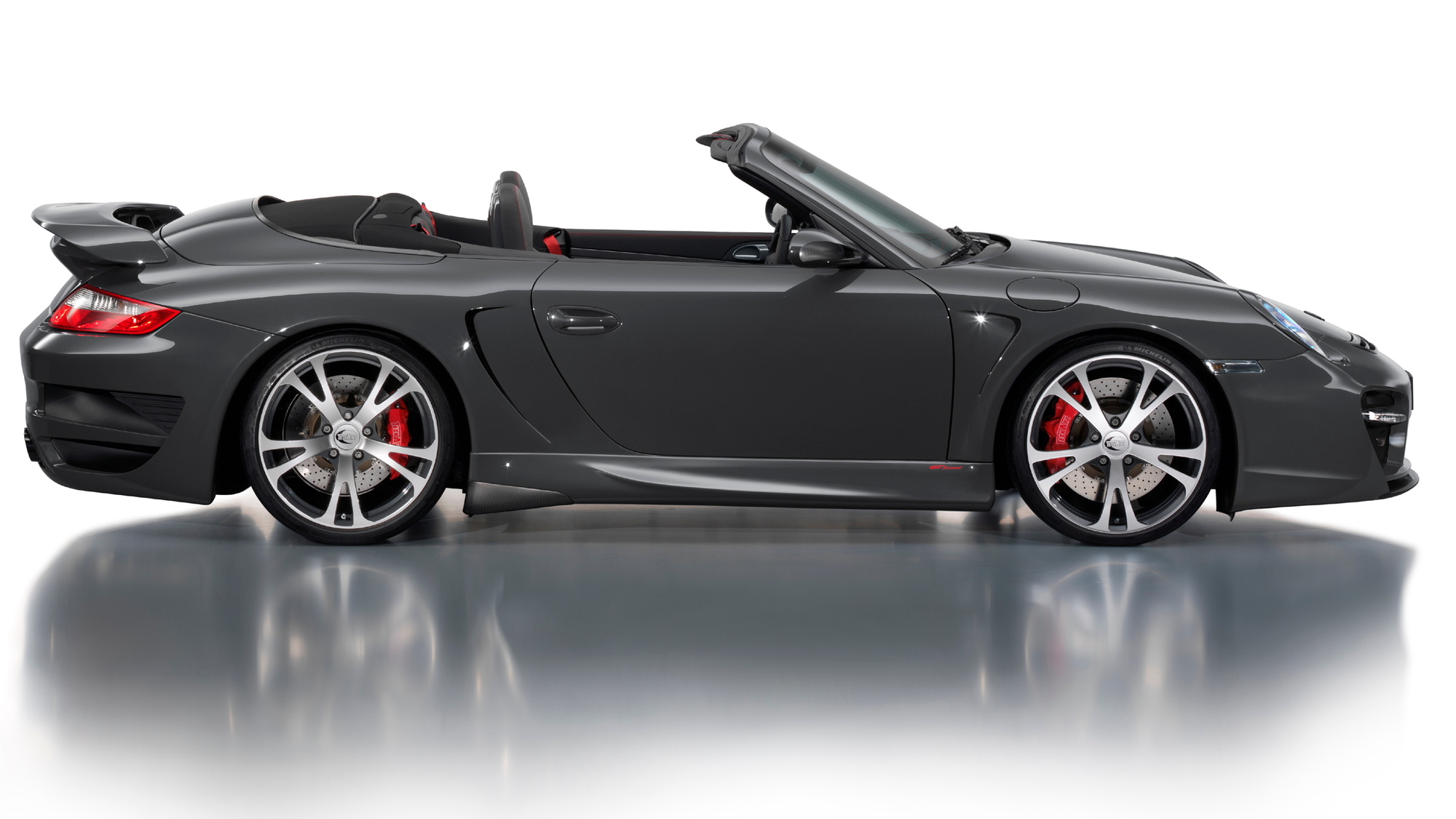 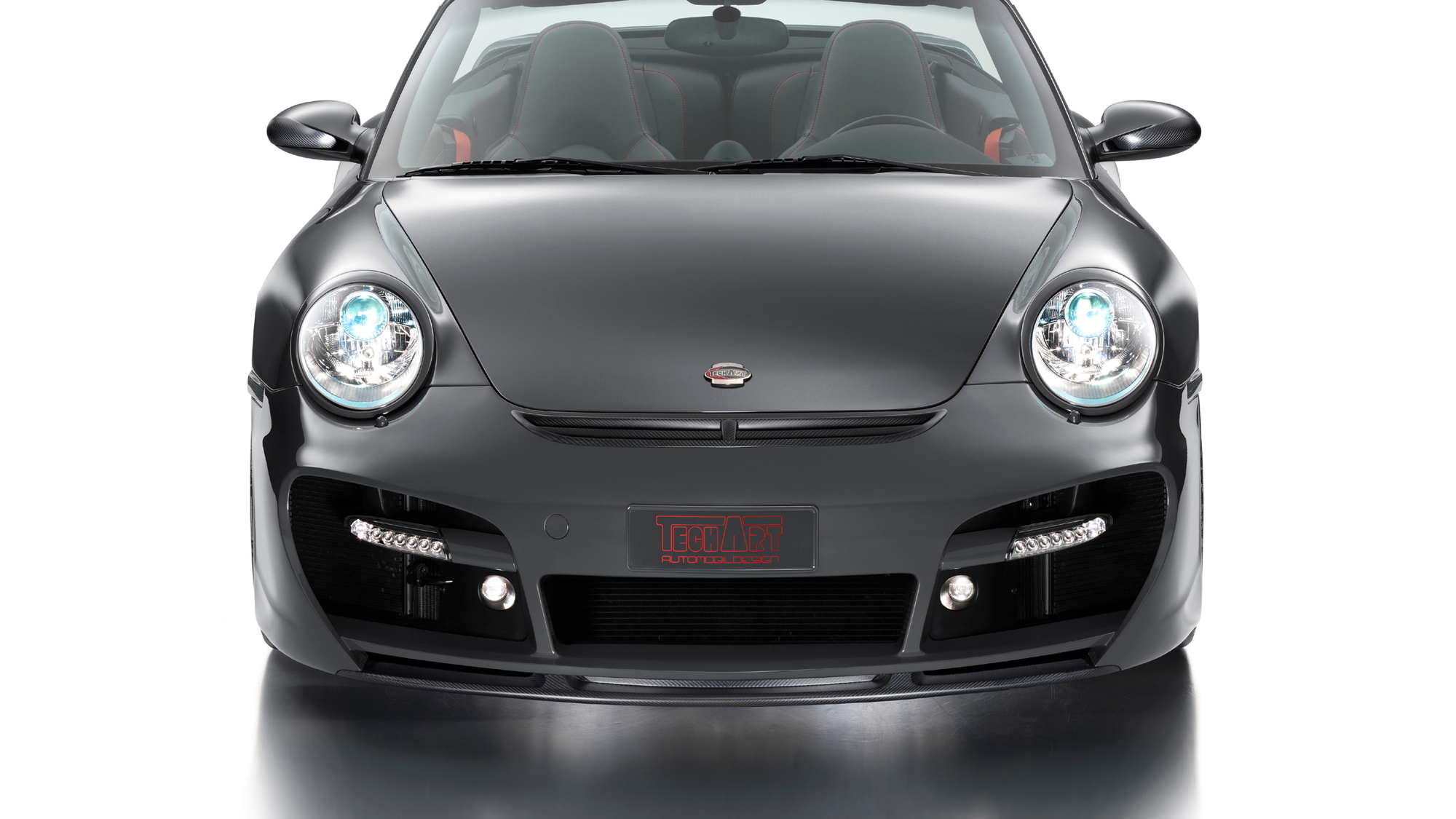 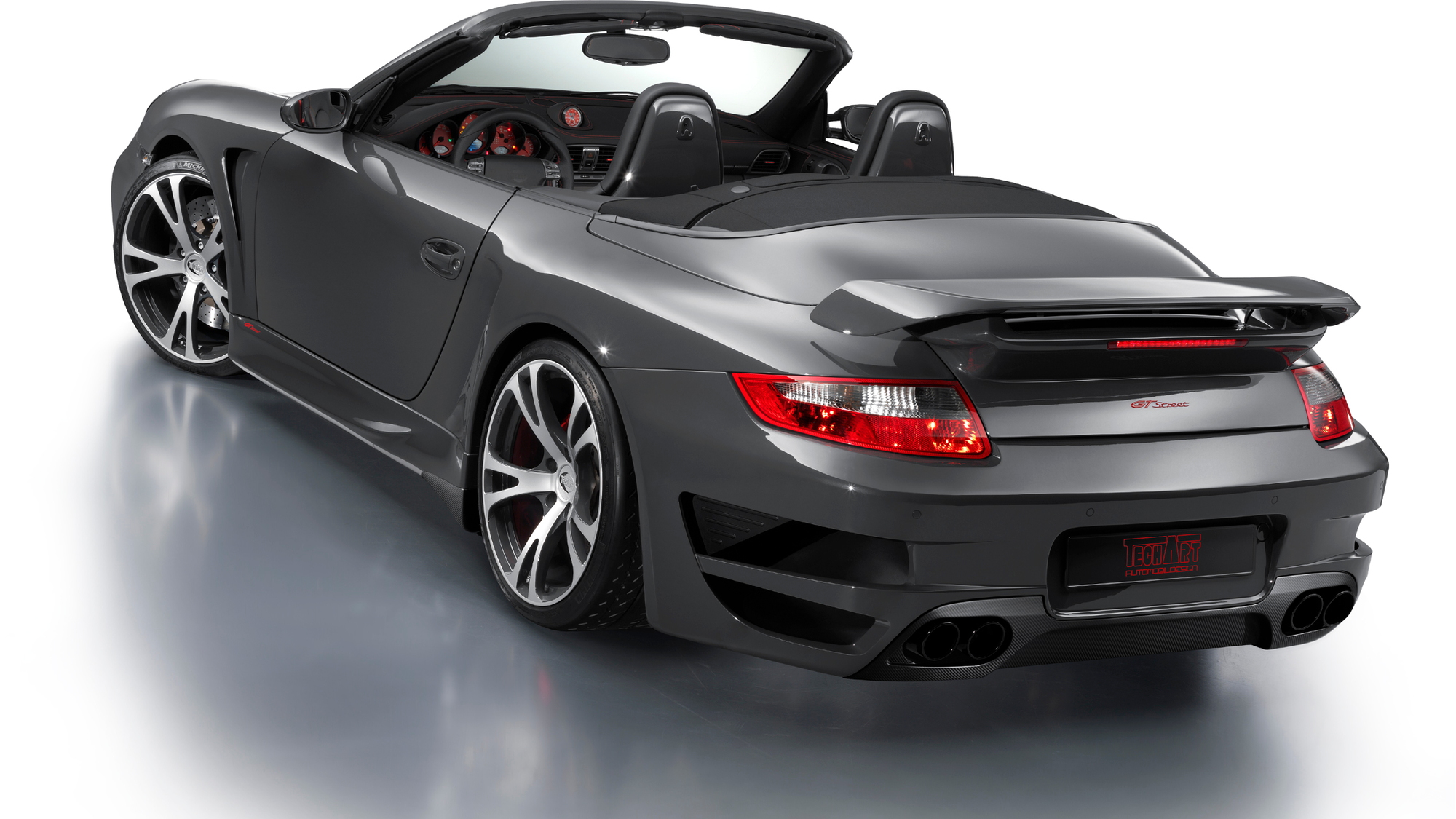 6
photos
Tuner cars are often works of art, flights of fancy or out-and-out racers, but rarely are the upper echelons of performance-tuned cars graced by models intended as daily drivers. Techart's GTstreet Porsche is an exception to that rule, however - if you can afford the upkeep.

Starting with the Porsche 911 Turbo Cabriolet as its basis certainly didn't hurt the transformation into monstrously powerful daily driver - it was already more than halfway there. Now, however, the GTstreet takes its compressed charge of air and turns it into 630hp (463kW). With an appropriate length of tarmac, the black beauty runs to a maximum speed of 214mph (345km/h). But despite the ultra-high speed and huge power, the car is designed to remain tame and liveable on the streets instead of a harsh-riding, power-sliding deafening track rat. It's only a monster when you want it to be.

More details and pictures are sure to come at the Geneva reveal, so stay tuned.