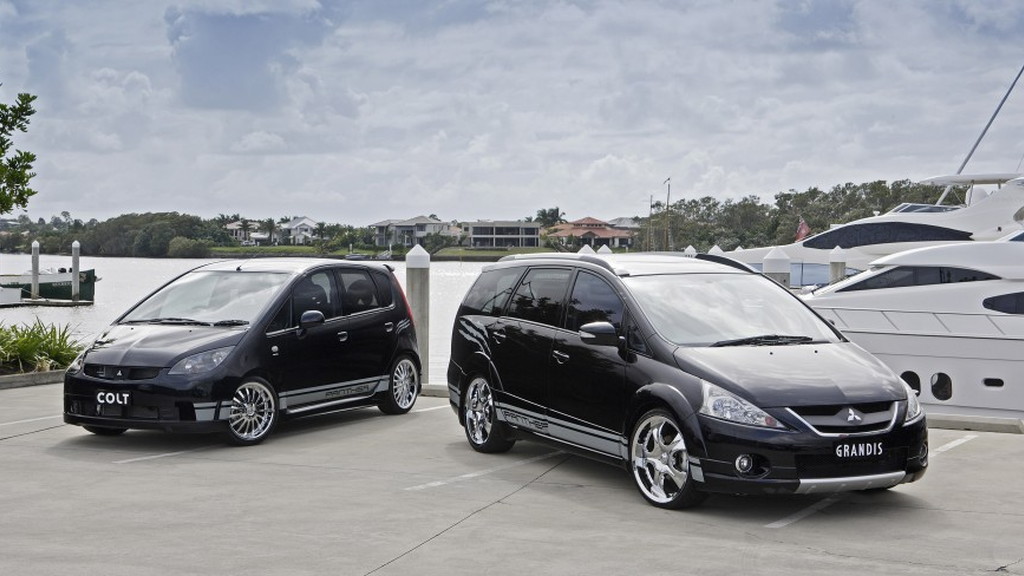 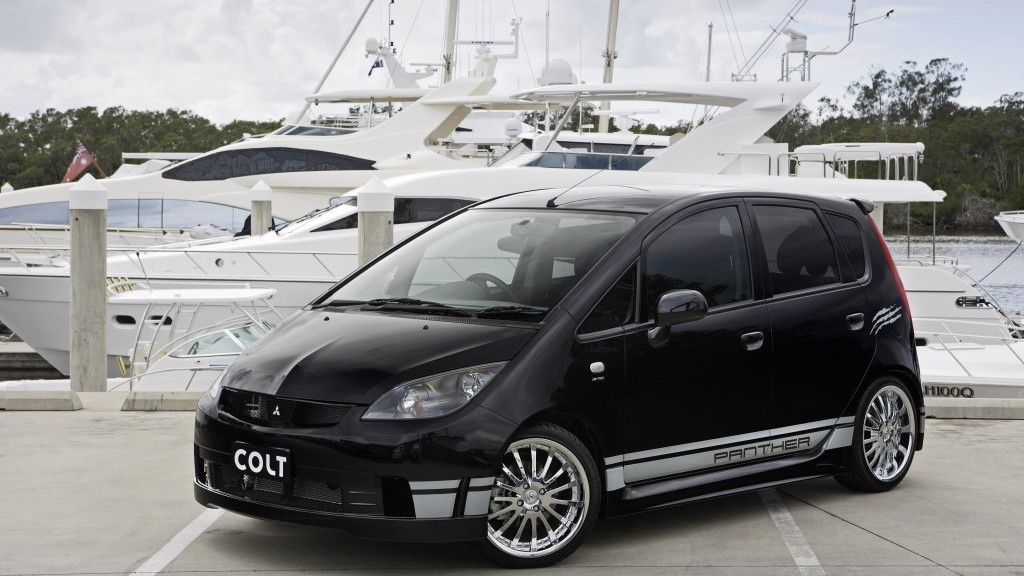 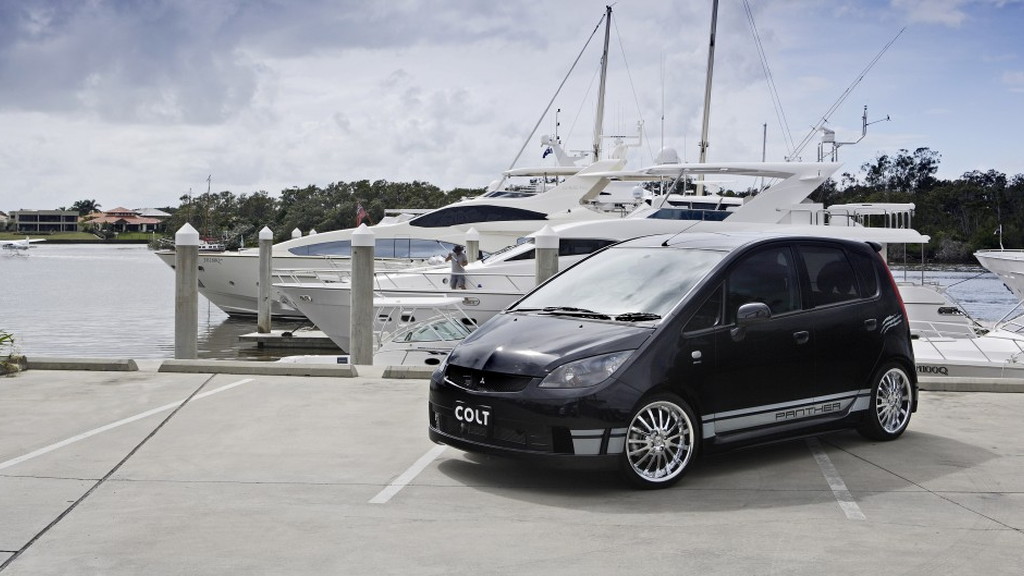 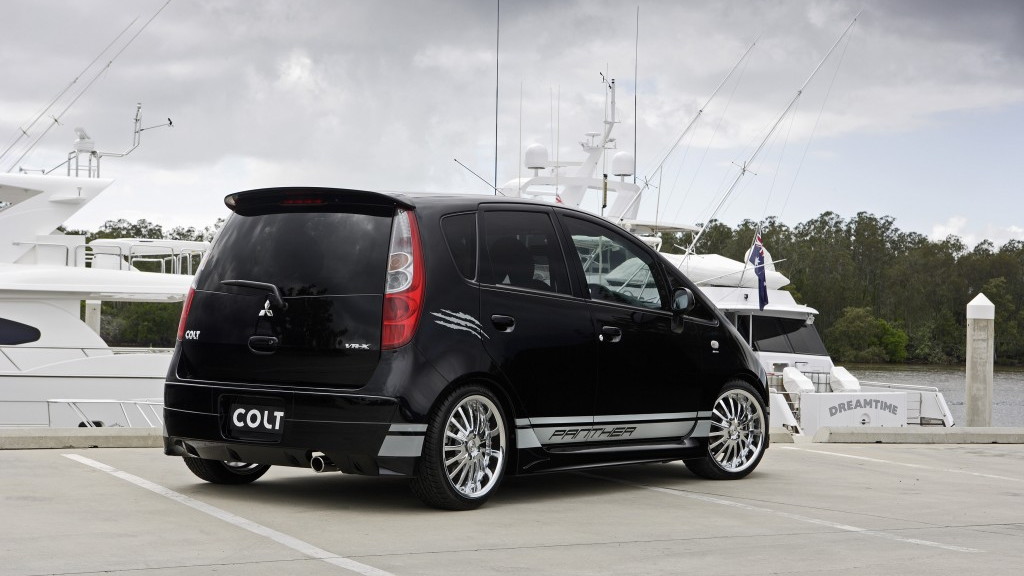 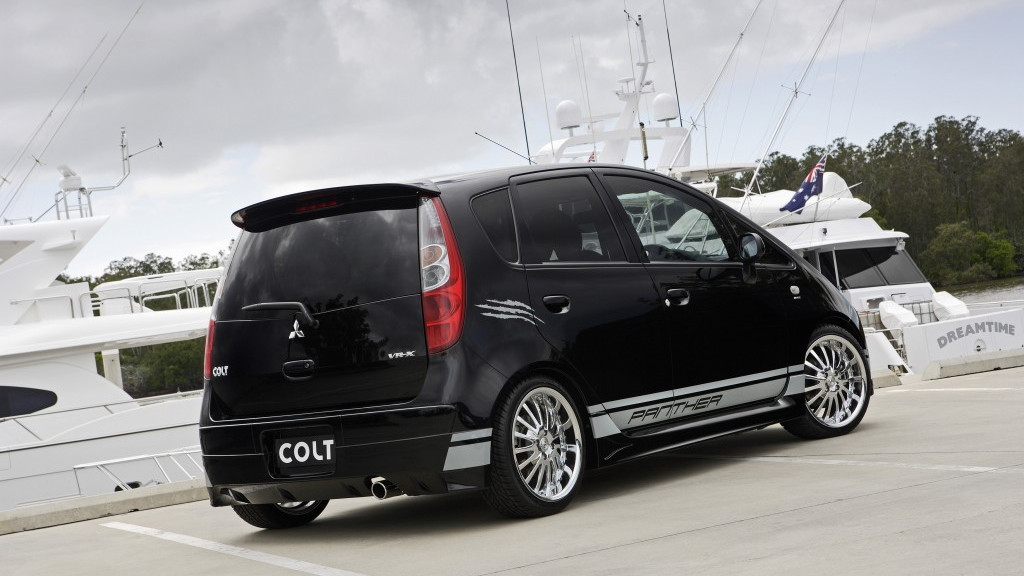 26
photos
Mitsubishi may have pulled its manufacturing operations out of Australia but that doesn’t mean the carmaker’s Aussie subsidiary will be totally ignoring this week’s Melbourne Motor Show. Unveiled today in Melbourne was a range of new ‘Panther’ concepts, with the Colt hatch, Lancer sedan (pictured), Grandis people mover, Triton ute and Pajero 4x4 three-door all getting striking black paint and the trademark ‘Panther Claw’ detailing.

Lowered ride height gives all of the Panthers a sporty, aggressive stance and each car receives specific additional equipment to create a unique look. The Lancer version gets 20in chrome wheels, side skirts, fog lamps, scuff plates and a chrome exhaust tip in addition to the custom Panther paintwork and decals.

The Triton concept gets an even tougher look, with 22in wheels, a hard tonneau cover, front and rear bumper extenders, a chrome upper grille surround, upper and lower mesh, chrome head and tail lamp bezels, and scuff plates. The three-door Pajero also gets the 22in chrome wheels, as well as a lowered ride height, custom bodykit, illuminated scuff plates and a chrome exhaust tip. The Colt and Grandis models, meanwhile, make do with smaller 16in wheels and subtle body enhancements.

For now these vehicles are being called concepts but some of the new components will eventually be available for sale.