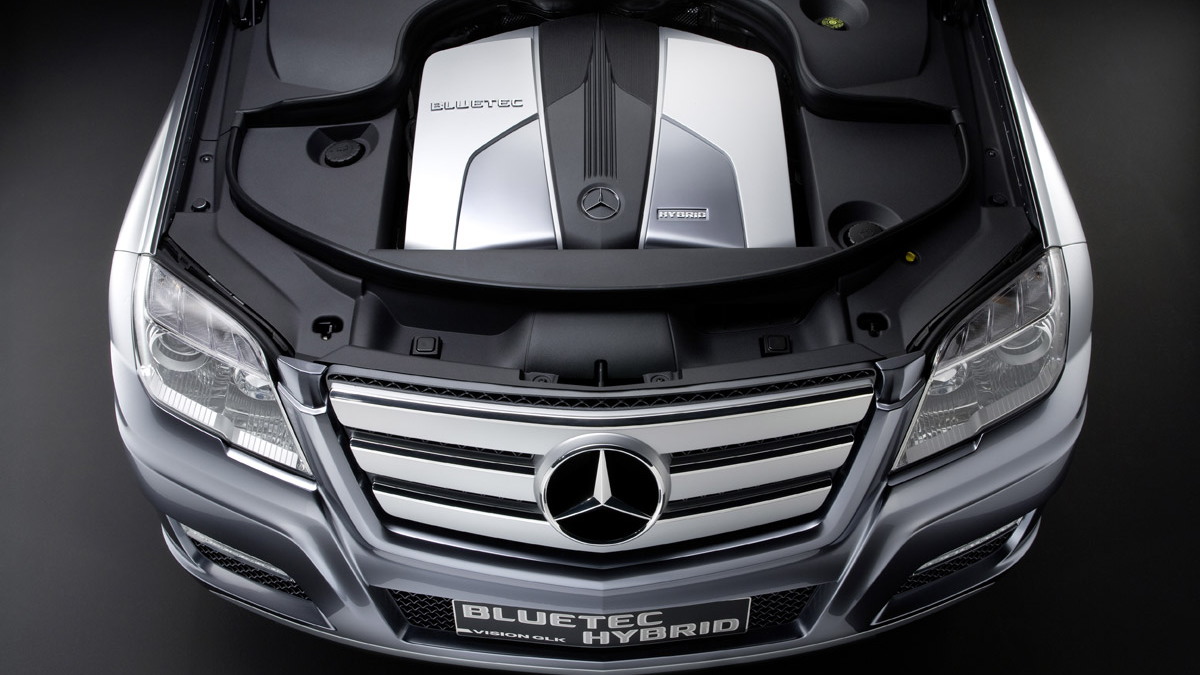 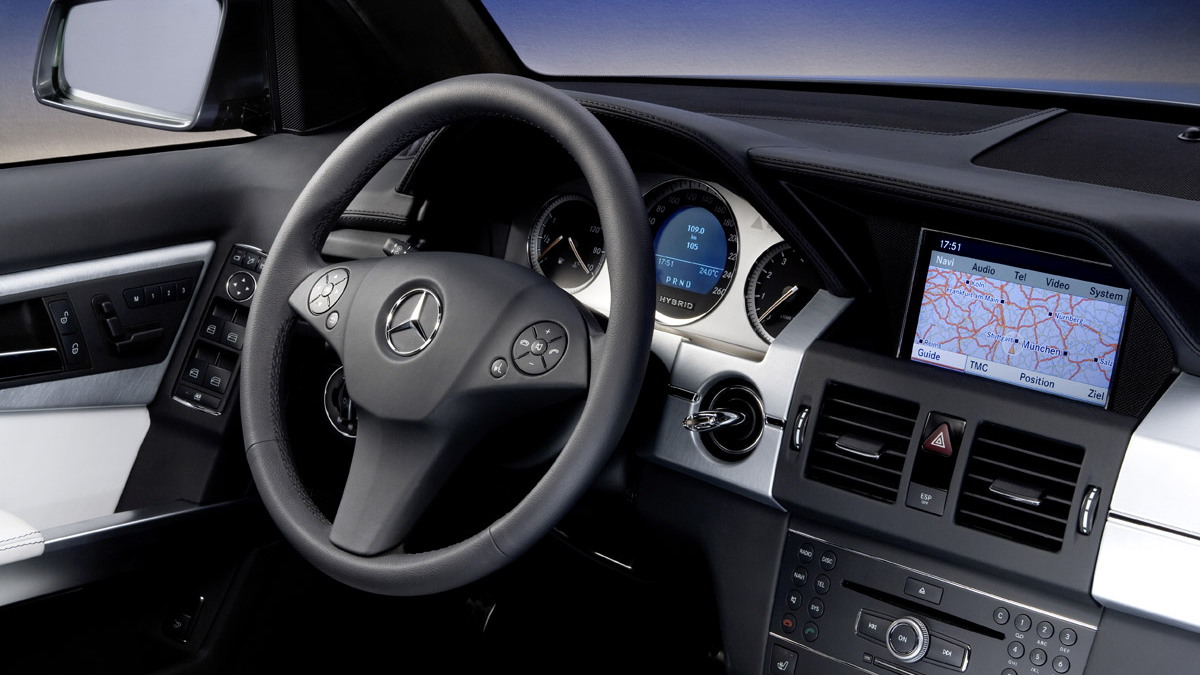 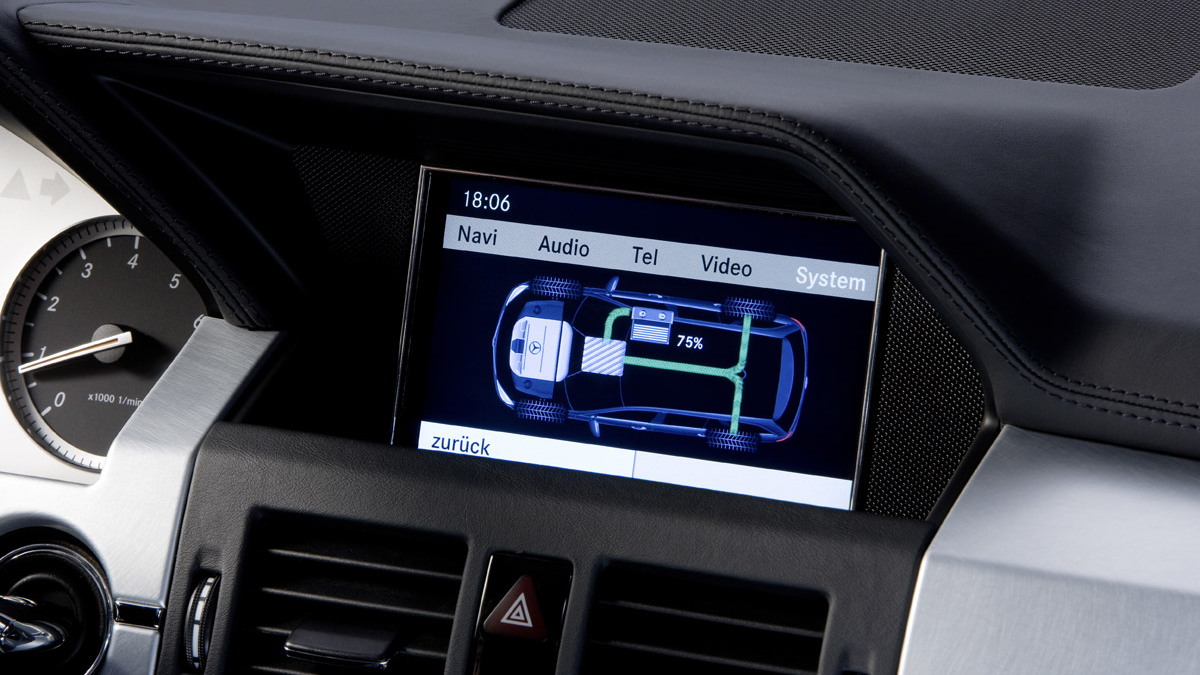 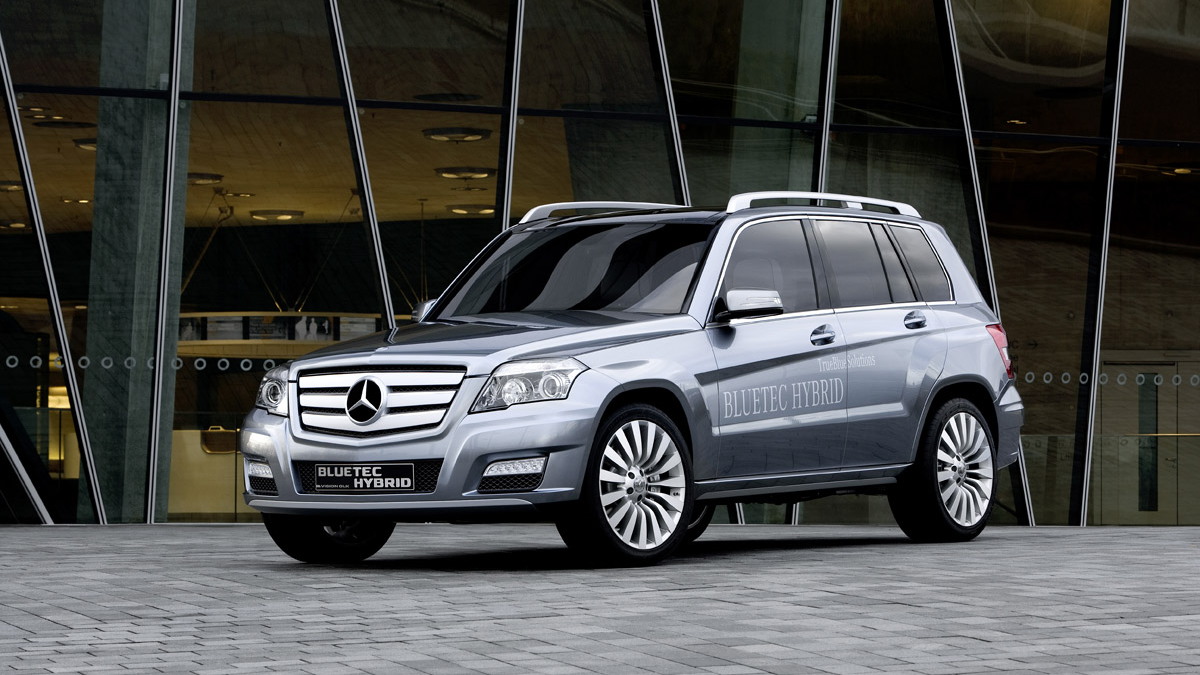 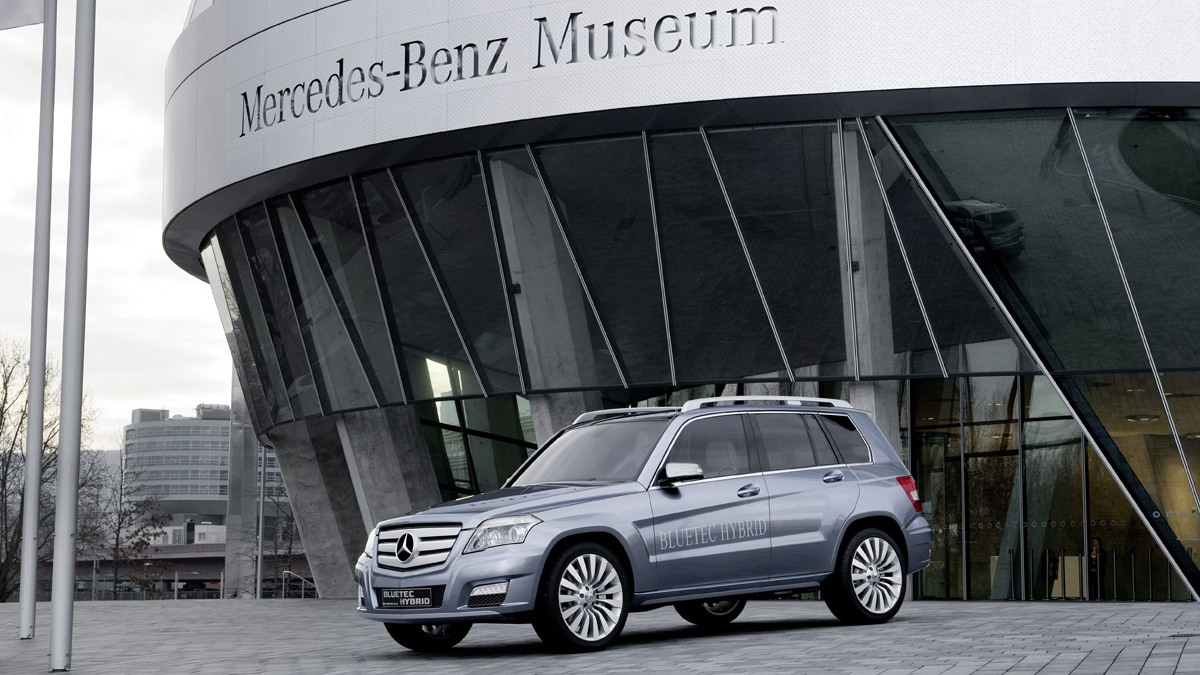 25
photos
Diesel hybrids seem to be the flavor of the month. Already we’ve seen hybrid oil-burners from Peugeot, BMW and Volkswagen, and now Mercedes-Benz has revealed a hybrid version of its GLK with a BLUETEC diesel engine. Labeled the Vision GLK BLUETEC Hybrid, the new concept features an already efficient BLUETEC four-cylinder diesel engine mated to an electric motor.

The end result is an output of 224hp (165kW) and 560Nm of torque, yet the SUV returns a frugal fuel consumption figure of 40mpg (5.9L per 100 km). This also equates to a low emissions reading of just 157g per km – the world’s lowest for an SUV – and it means the GLK BLUETEC Hybrid also meets America’s BIN5 and Europe’s EU6 standards. Despite the efficiency, the car still manages a top speed of 215km/h and can accelerate to 100km/h from rest in a reasonable 7.3 seconds.

In the hybrid drivetrain, a completely new four-cylinder CDI turbodiesel unit with a displacement of 2.2L acts as the internal combustion engine. The compact hybrid module - a disc-shaped electric motor between the CDI engine and the automatic transmission - improves both the fuel consumption and performance. The electric motor acts as both a generator and starter, backing up the internal combustion engine during the fuel-intensive acceleration phase by contributing its maximum torque of 160Nm. When it comes to braking, the electric motor acts as a generator, feeding electrical energy from a regenerative braking systems into the car's lithium-ion battery array.