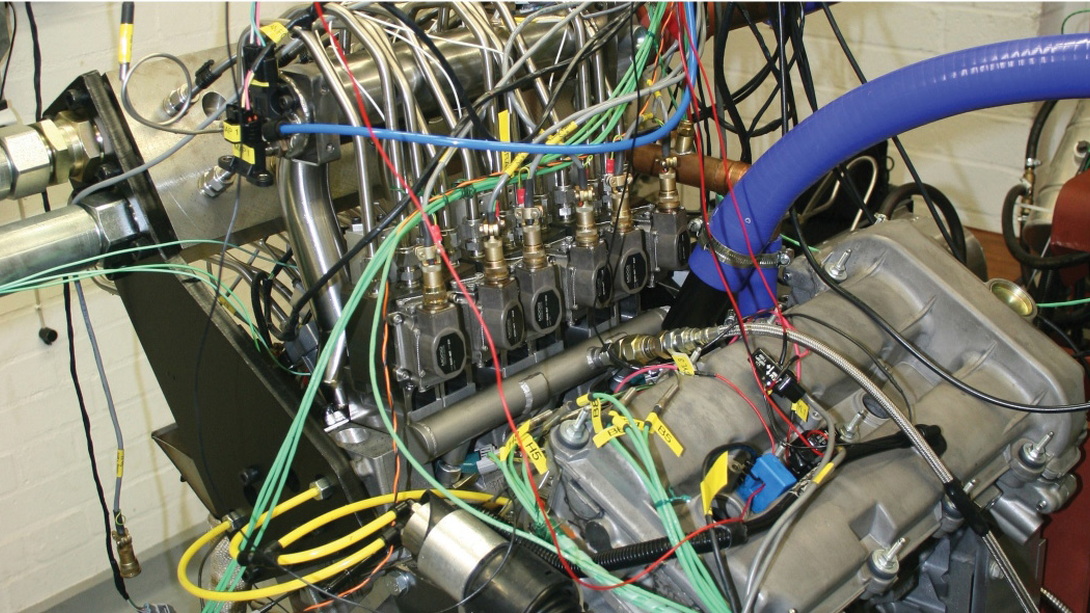 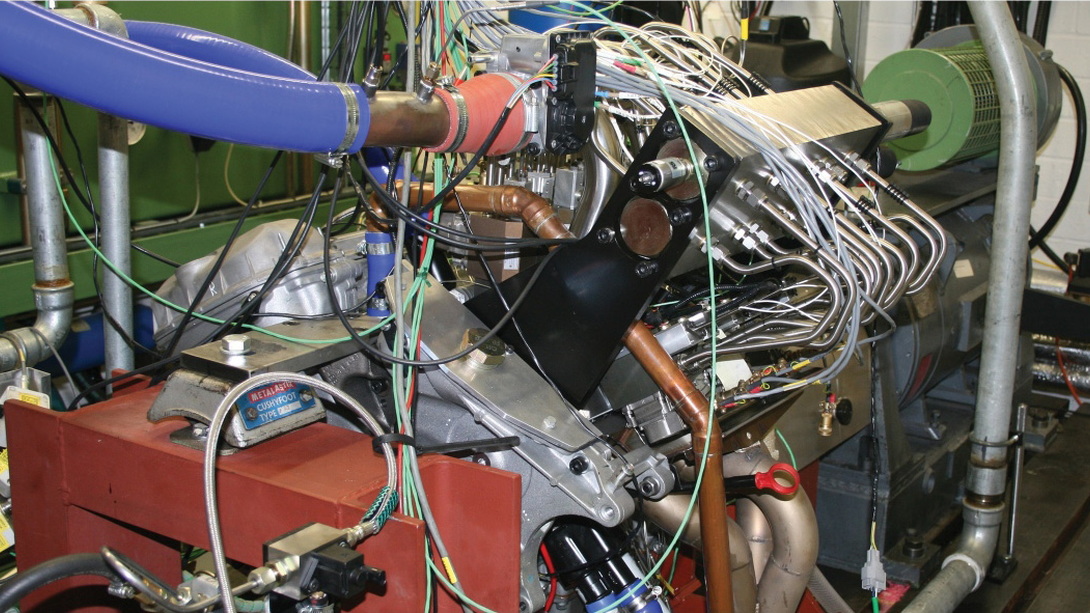 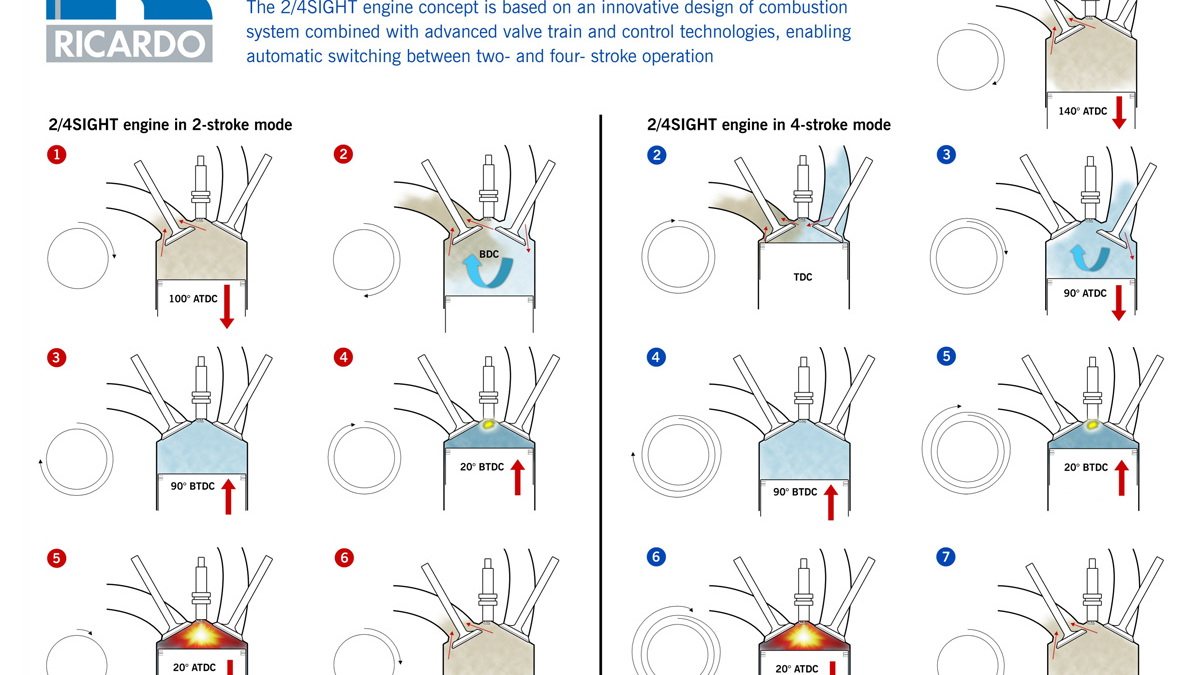 4
photos
Smaller, more powerful motors are the future of the auto industry. GM and Chrysler are focusing on smaller four- and six-cylinder motors for their Camaro and Challenger, while others are pushing the envelopes of forced-induction sub-2.0L powerplants. A new technology has appeared on the horizon, however, and it may steal all the glory if it proves cost-effective. Ricardo announced today it has completed initial testing of a dual two- and four-stroke engine which it claims can cut displacement in half without harming power output.

With an impressive specific output of 150Nm/L at 1,000rpm and 230Nm/L at 2,500rpm, Ricardo thinks the technology, called 2/4SIGHT, will allow a 2.1L V6 engine to keep pace with a naturally aspirated 3-4L V6 or V8 engine. Considering the 2.1L V6 would put out 460Nm torque at just 2,500rpm and have 300Nm torque available just off idle, the claim isn't just a pipe dream - if they can bring the technology to fruition.

Tests were run on a single bank of a 2.1L V6 motor, and computer simulations calibrated to reflect the load of a typical 1,800kg powered by a naturally aspirated 3.5L V6 driven through a five-speed automatic transmission. The tests showed a 2.0L 2/4SIGHT V6 could provide identical performance with a 27% fuel savings, reducing CO2 output from 260g/km to 190g/km.

The technology uses direct injection and forced induction combined with variable intake and exhaust valve timing, variable fuel injection timing and variable boost - all at an individual cylinder level, meaning each can be tuned for optimal performance instantaneously. Because the technology is so advanced, it will require a long development period before it can come to market, but Ricardo is currently seeking partners to bring the engine to life.