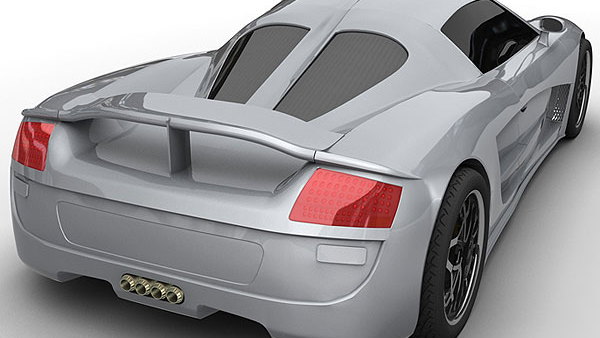 2
photos
The Automotive X-Prize has already spawned some pretty interesting entries, from both aesthetic and technical perspectives. The car revealed today by Hybrid Technologies fits the bill no matter how you look at it. Expected to achieve over 220mpg with supercar performance, the best part of the design is that it's intended to be made in volume, not just as a one-off.

Two versions of the car are planned, one powered by a standard petrol engine and lithium-ion-based hybrid powertrain, the other a pure electric. The hybrid option will be the Automotive X-Prize entry, and is expected to achieve 220mpg while producing 'wild' horsepower, reports Popular Mechanics. The all-electric car will target a range of 150mi to 180mi per charge.

This isn't the first car the North Carolina-based firm has produced. Last year saw the development of an electric roadster, a converted all-electric Mini Cooper, their own electric sports car, the L1X-75, and an electric motorcycle. The L1X-75, with a full carbon fiber body, managed a very respectable 100mi range with a top speed of 120mph, figures that put it in a league with Tesla's perpetually delayed Roadster. Though it may not be as refined as the Tesla, it certainly shows that Hybrid Technologies has the capability to build serious hybrid systems.

A driveable prototype of the as-yet unnamed hybrid supercar is expected by the end of September.