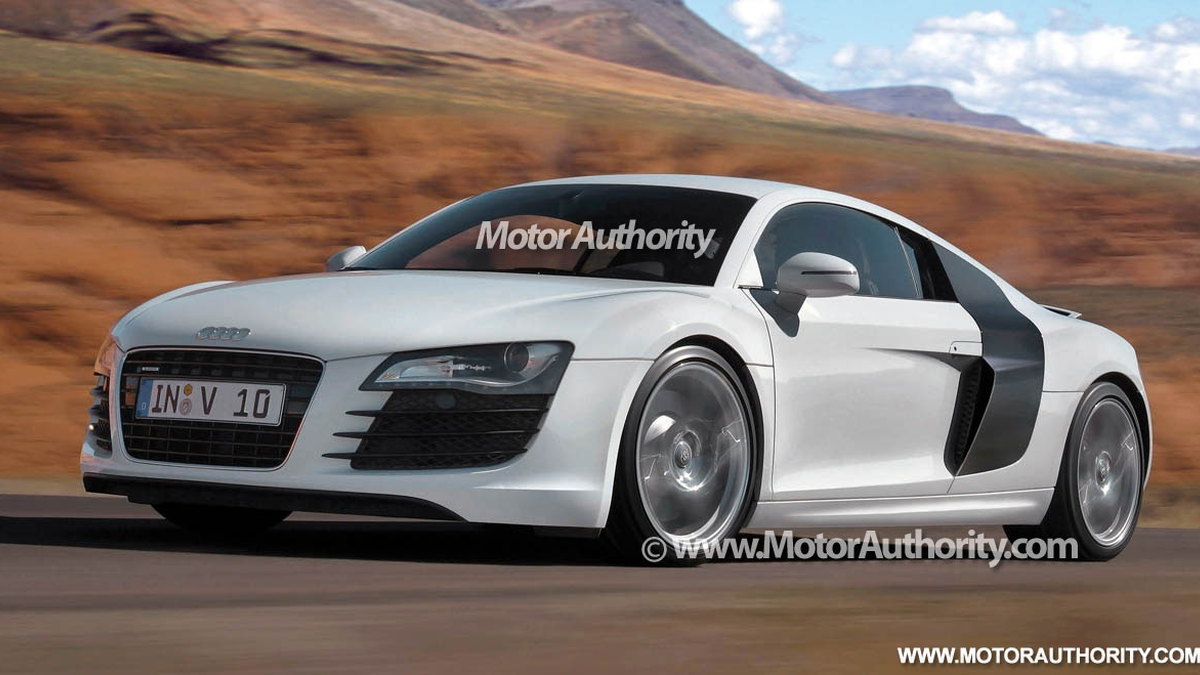 2
photos
The Audi R8 has managed to impress the press for some time now, but a new V10-engined R8 is set to blaze the much coveted Nurburgring production car record according to new details sourced from engineers currently working on the car. The new model is expected to be powered by a 535hp (400kW) V10 FSI engine and will likely make its world debut at October’s Paris Motor Show.

Speaking with Sweden’s Auto Motor & Sport, the insider revealed that the Nurburgring lap time for the new high-performance R8 will be “lower” than even the 7m 26s posted by the Corvette ZR1.

The differences between the V8-engined R8 and the V10-engined R8 extend beyond just horsepower outputs. The chassis has reportedly been modified to accommodate the extra power, expected to be fitted with larger brakes - possibly even carbon-ceramic units. Other differences will be larger air intakes and newly sculpted side blades.

Whether or not the new model will be called an RS is still undetermined. Other names that have been suggested include ‘R8-S’, similar to the sporty TT variants, or ‘R10’ to denote the new engine as well as allude to Audi’s diesel Le Mans racer.