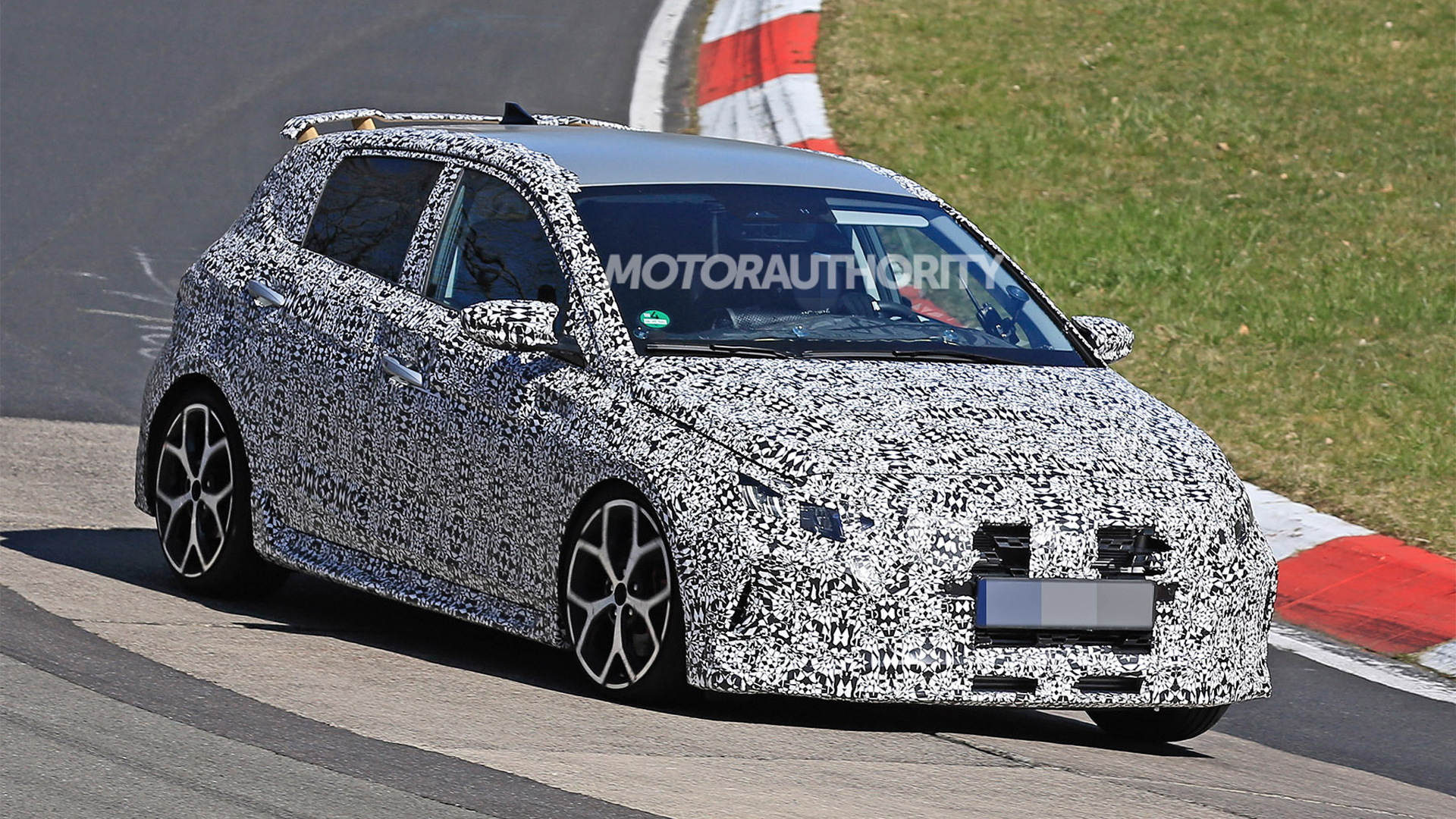 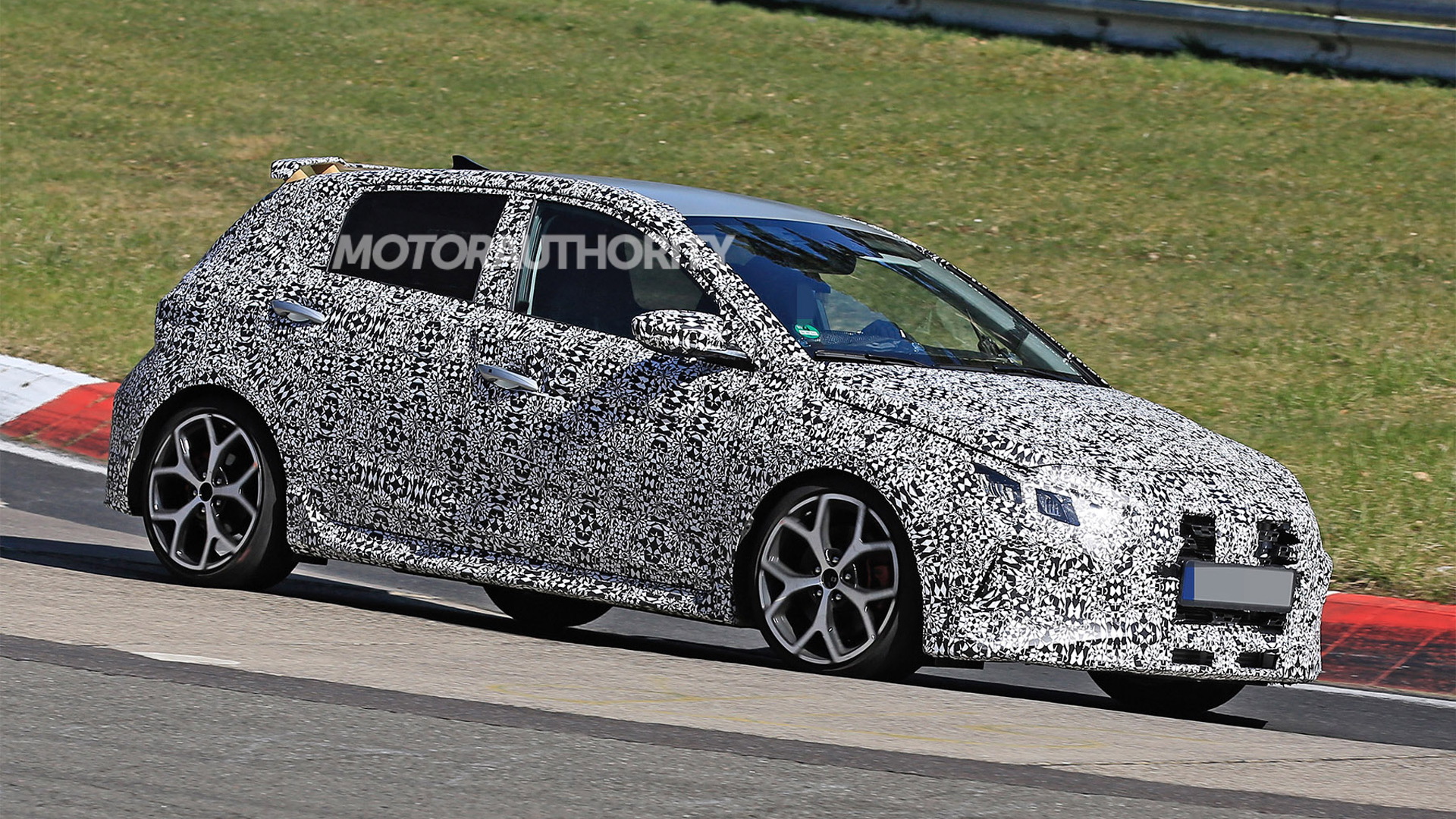 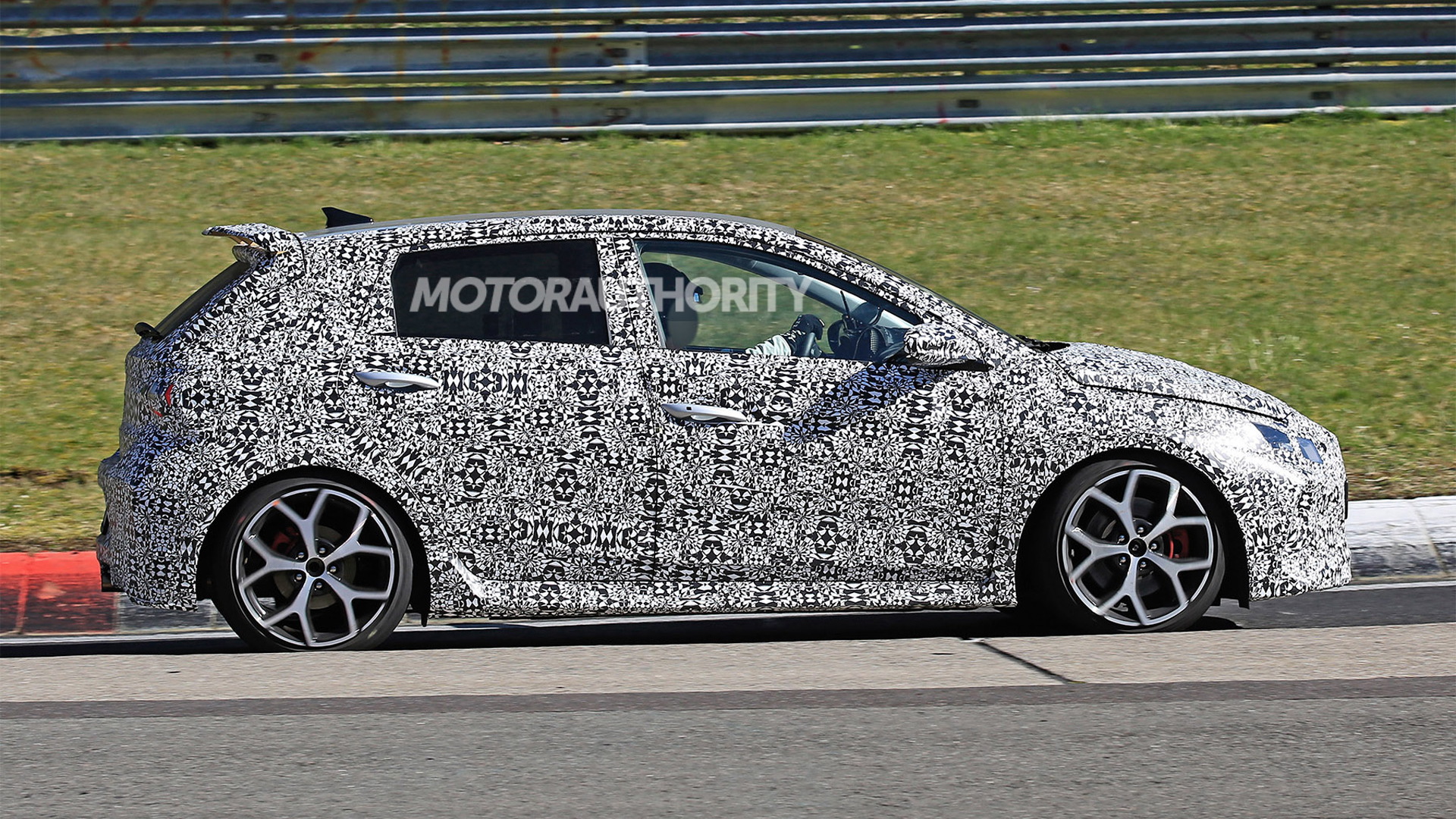 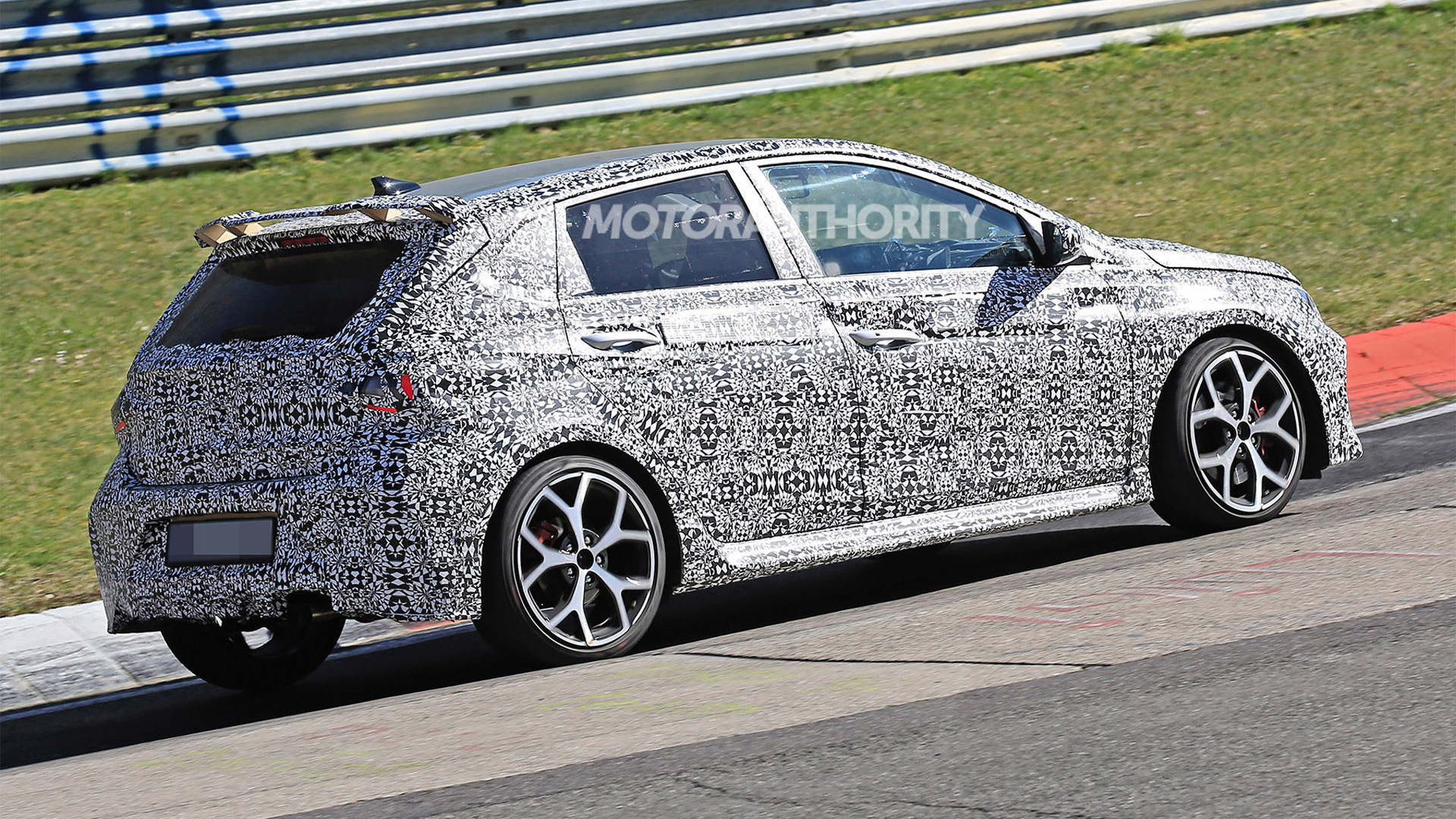 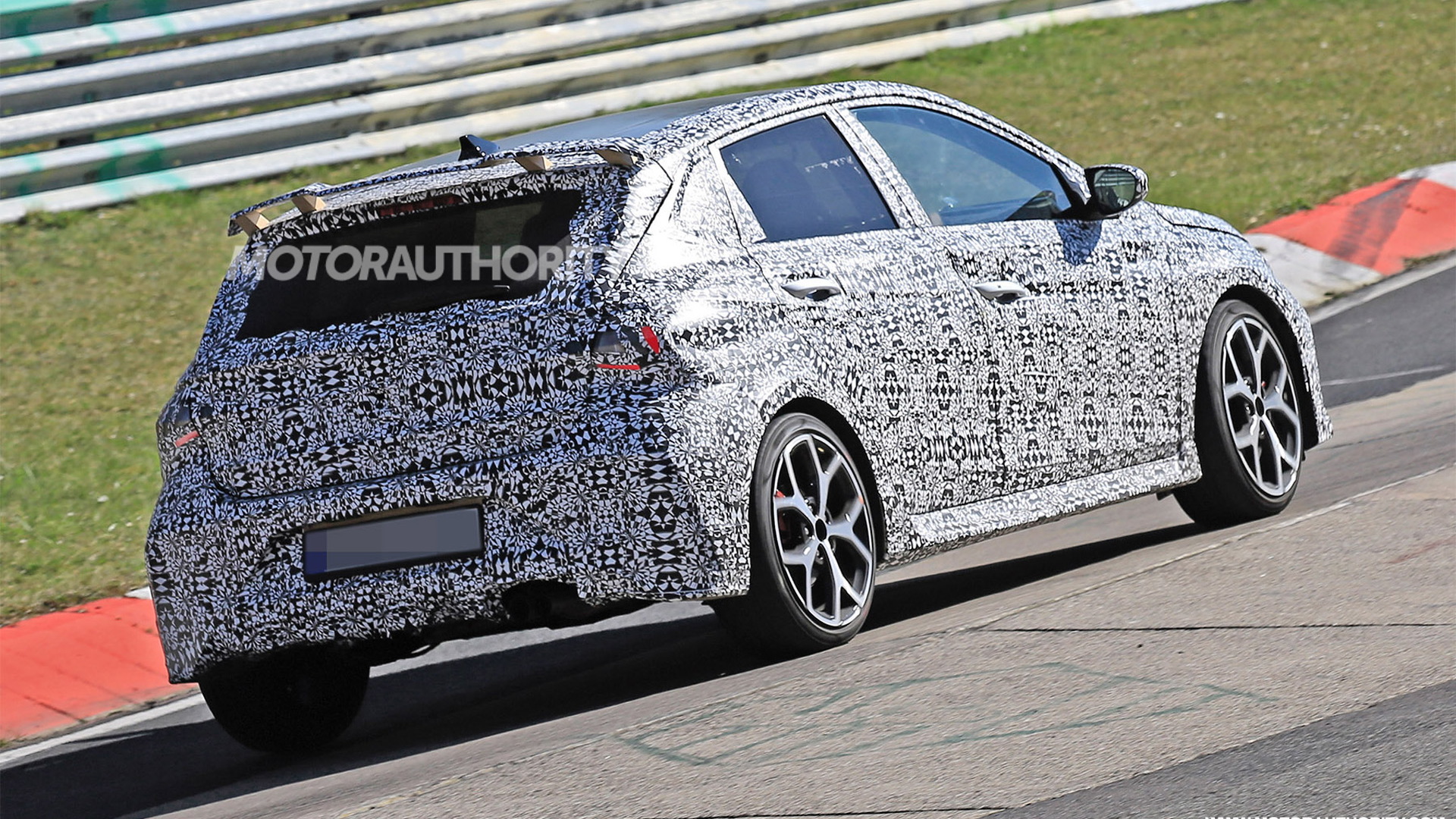 Judging by our latest spy shots, the redesigned i20 will also bring a new performance-oriented model developed by the Hyundai N division. It's a safe bet the car will be badged an i20 N, a similar naming strategy used by Hyundai N for hot versions of the i30 hatch sold overseas and the Veloster here in the United States.

The prototype in the spy shots may look like earlier testers for the regular i20 but there are a few clues that point to this being a performance-oriented model. You'll easily spot the larger wheels housing an uprated brake package. There's also a new front fascia with enlarged intakes and a subtle lip spoiler, plus lowered suspension. 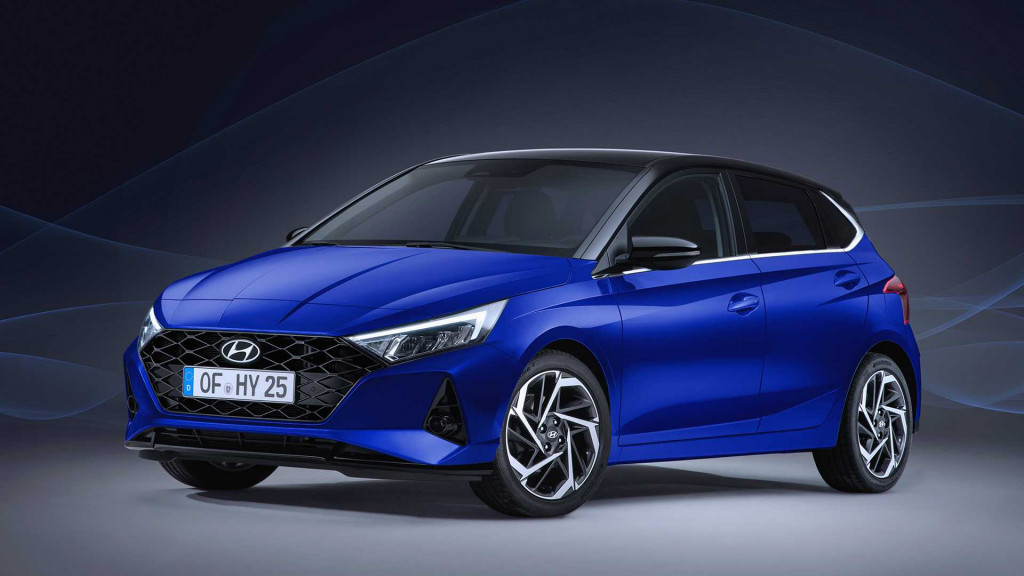 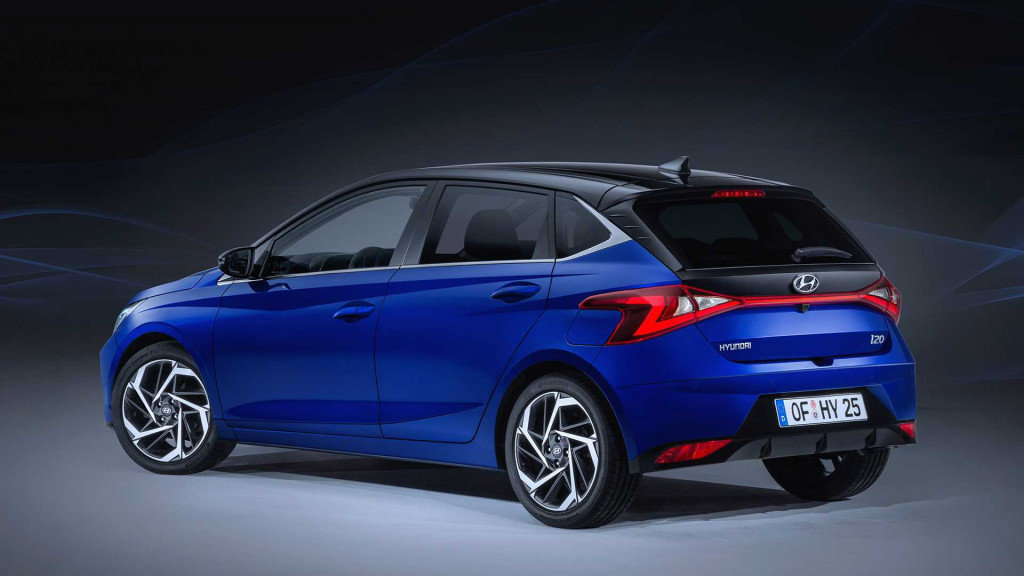 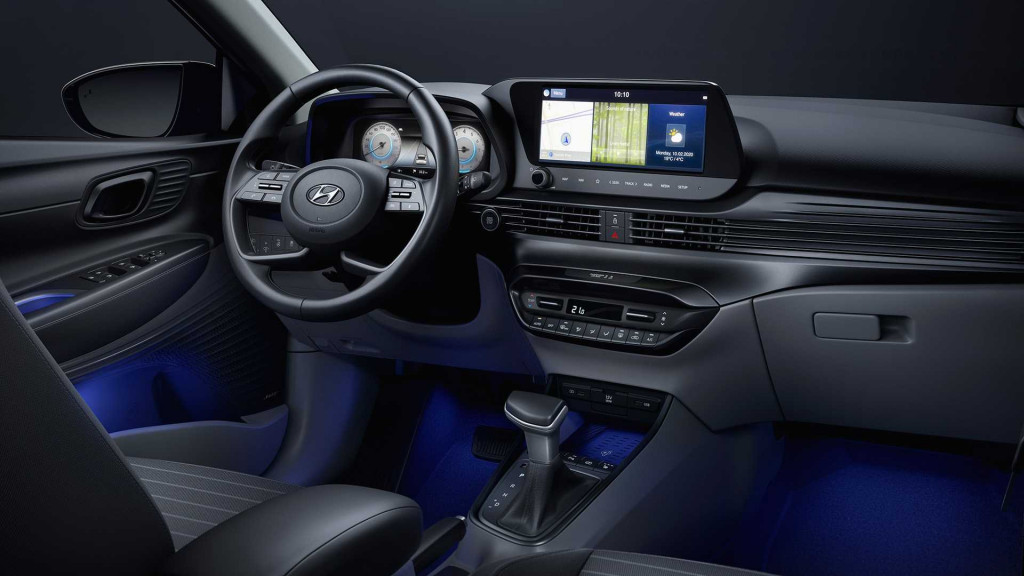 The most powerful engine in the redesigned i20 is a 1.0-liter turbocharged inline-3 mated to a mild-hybrid system. It's good for a peak 118 horsepower. This i20 N is likely to feature a turbocharged inline-4 displacing 1.4 or 1.6 liters to boost peak output to well above 150 hp. Potential rivals like the Ford Fiesta ST and Volkswagen Polo GTI are delivering close to 200 hp.

The i20 N should also serve as the basis for Hyundai's next World Rally Championship contender. The role is currently filled by the previous-generation i20.

While we won't see the car in the U.S., we can look forward to other new additions from Hyundai N. Prototypes for a Kona N have previously been spotted and there are rumors of a Tucson N coming down the line as well. Hyundai N is also confirmed to be working on a standalone sports car, possibly with electric power.