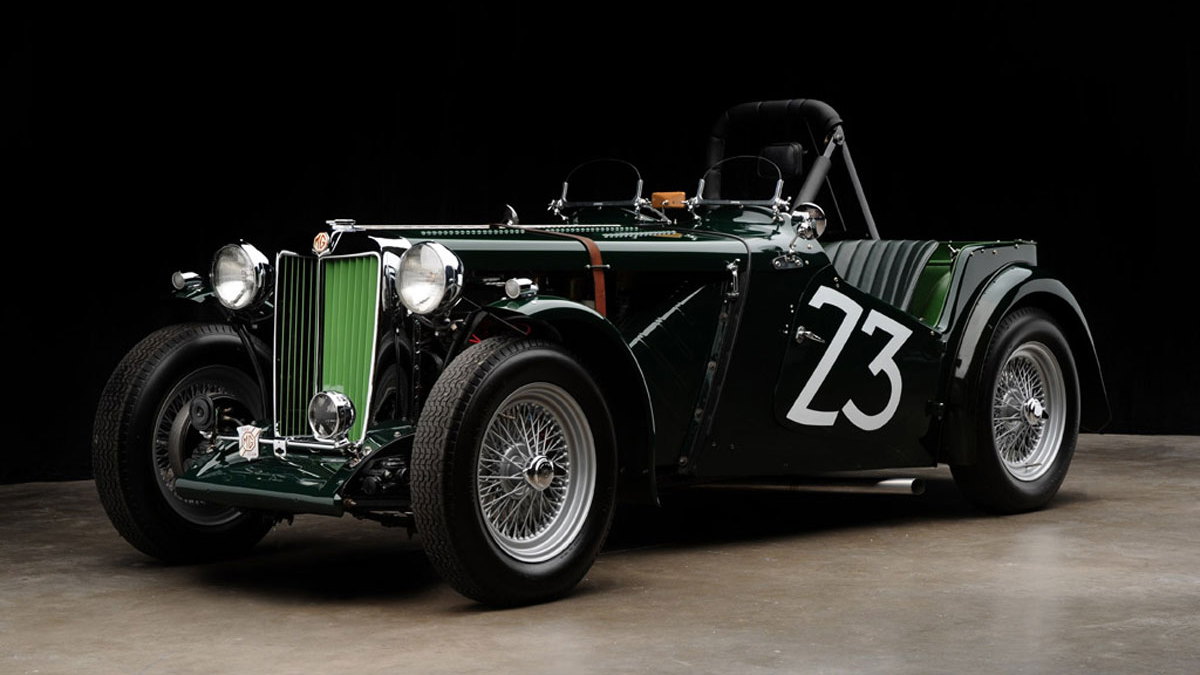 2
photos
Barrett-Jackson's series of collector and classic car auctions is unparalleled in its prolific purveyance of prized automobilia. Long-time fans of Carroll Shelby's particular brand of motoring, the event's organizers have announced that they will be offering Shelby's first-ever race car, an MG TC that has been restored and tuned to over 100hp (75kW).

The car was driven by Shelby to a road-race victory in Norman, Oklahoma in 1952. It will be the third super-rare Shelby-associated vehicle to cross the company's auction ramp. Last year the 427 Shelby Cobra Super Snake sold, followed by Shelby's personal 1969 Mustang GT500 convertible earlier this year.

"We’ve sold some special cars during our 37-year history, but this MG ranks among the most significant vehicles to ever cross the Barrett-Jackson auction block," said Steve Davis, president of Barrett-Jackson. According to Shelby himself, the car was actually owned by a man named Ed Wilkins, from Texas. Shelby credits the MG with awakening his life-long love of motorsports. It will be on display and auction at the inaugural Barrett-Jackson Collector Car Even in Las Vegas, scheduled for October 15-18.