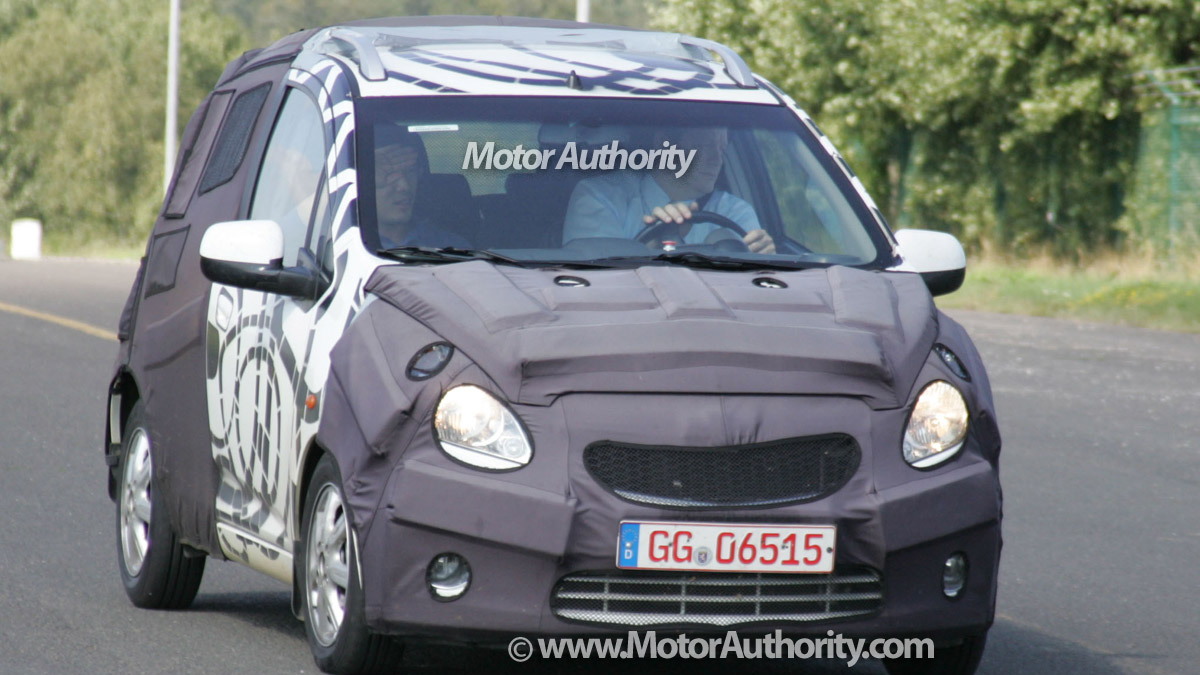 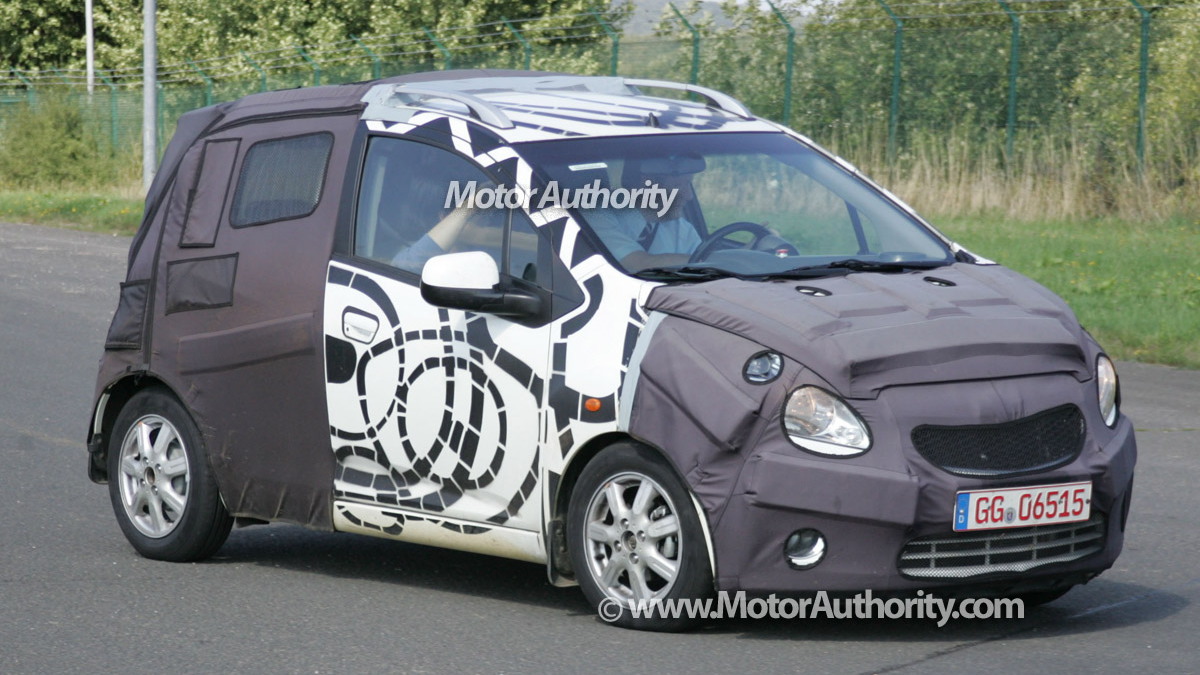 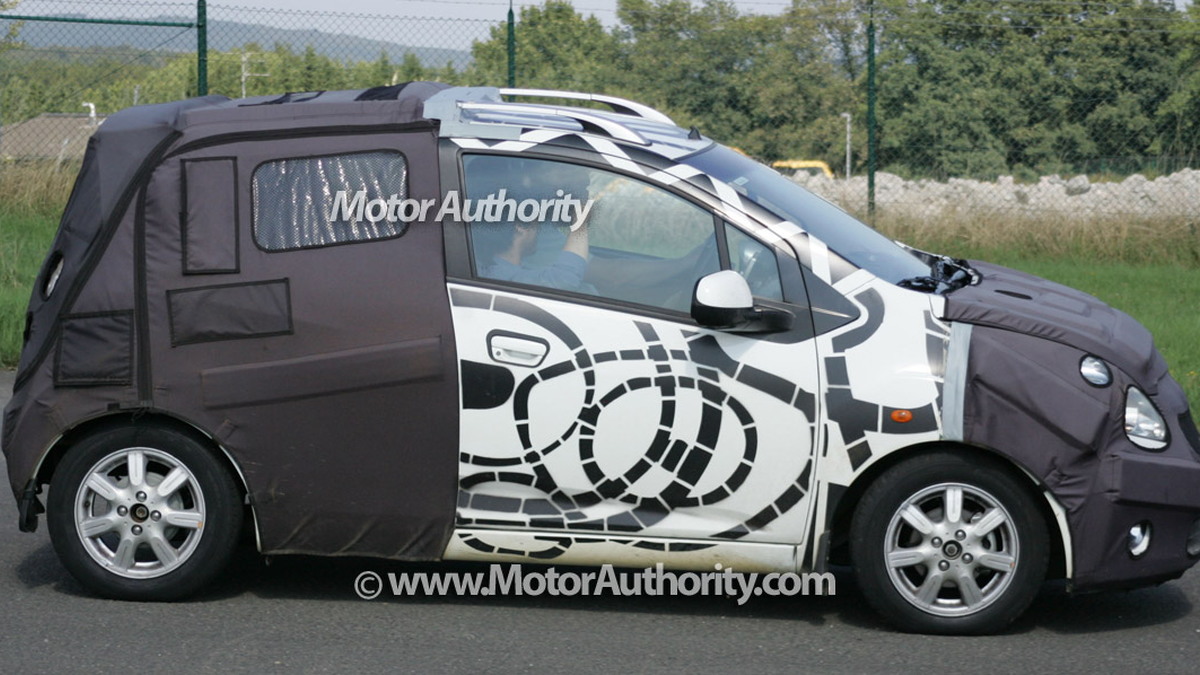 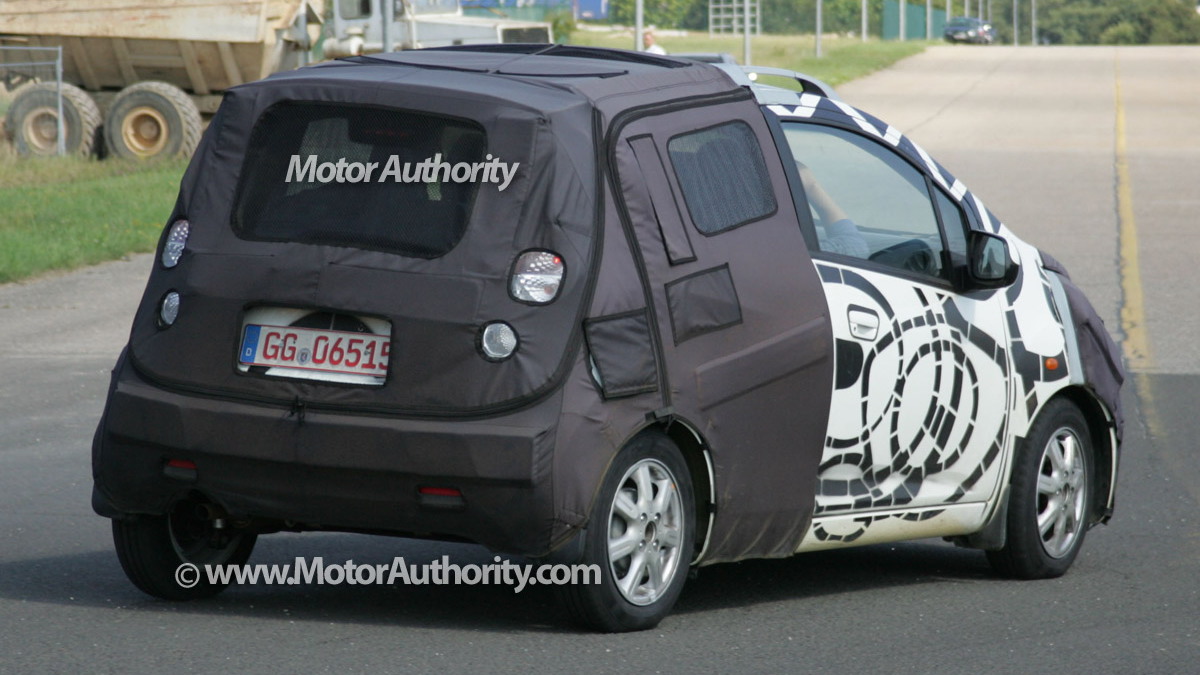 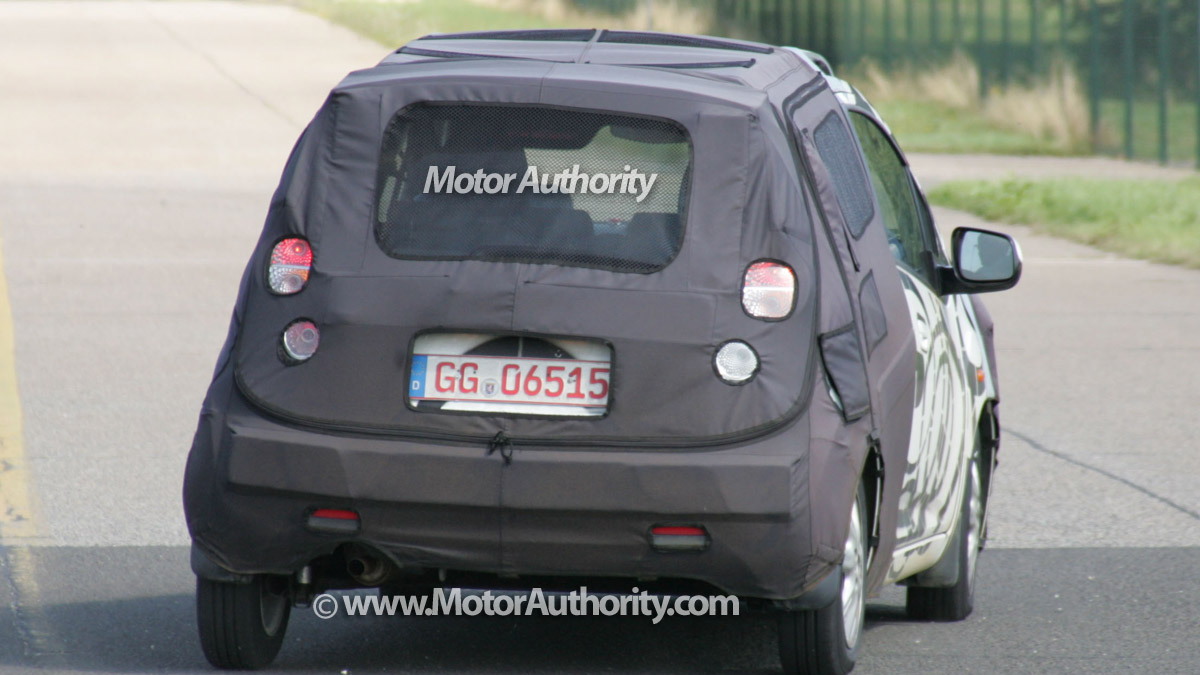 General Motors is scrambling to bring some of its small-car concepts to life as global preferences and oil price pressures drive interest in the segment to new highs. Near the top of the list is the Beat concept, currently in development by GM Daewoo in South Korea. These latest spy shots reveal the car is headed to production, though some changes are in store.

As a concept, the Beat was a front-wheel-drive, three-door hatchback built to be personalized, much like Toyota's Scion brand, and powered by a 1.2L turbocharged gasoline engine mated to an automatic transmission. A high-tech theme pervaded the cabin, with satellite navigation and a premium stereo despite its small-hatch proportions. The car spied is a five-door, making rear-seat access easier while adhering fairly closely to the concept's lines. According to the report, the same 1.2L engine shown in the concept is expected to be available in the final car, though the automatic transmission will be optional, with a manual gearbox standard.

The Beat is believed to have been ruled out for U.S. sale because it would not be able to meet federal safety requirements without a significant investment, though rumors of North American sale persist. Its production for other global markets is going ahead at full steam, however, as these photographs show.

Americans won't be left out in the cold entirely. A replacement to the current Aveo, based on a larger version of either the Groove or Trax concepts shown alongside the Beat when they debuted at last year's New York Auto Show, is expected to head to production sometime around 2010, though there has been no official confirmation of the model yet.