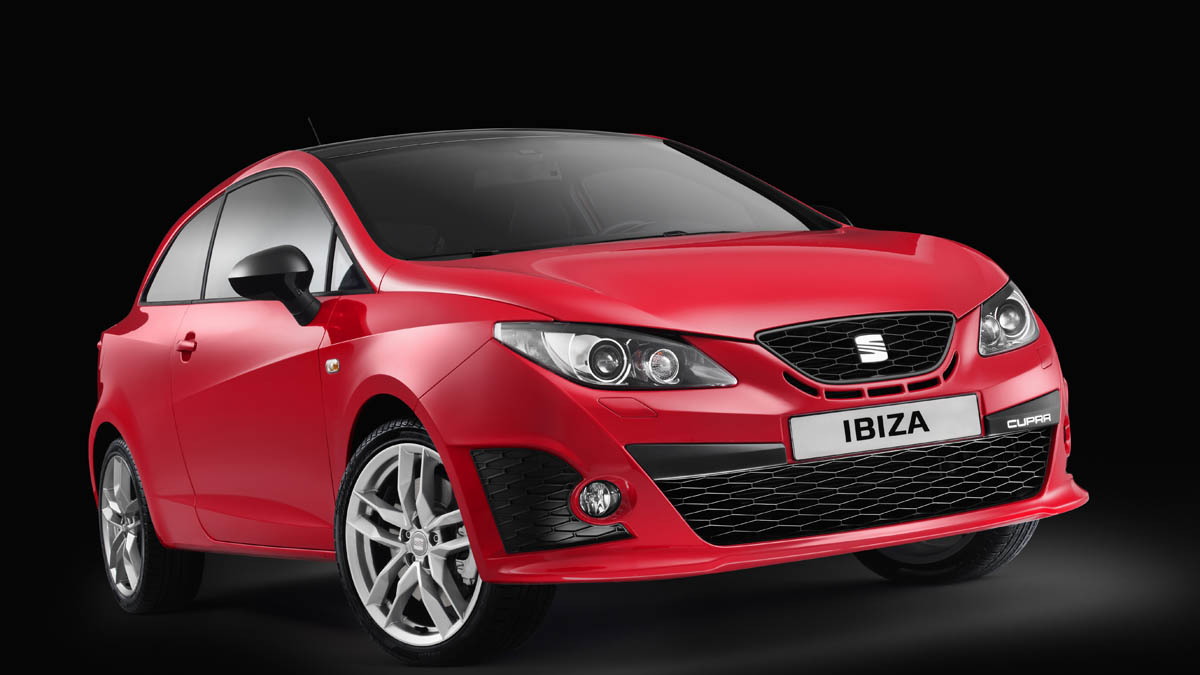 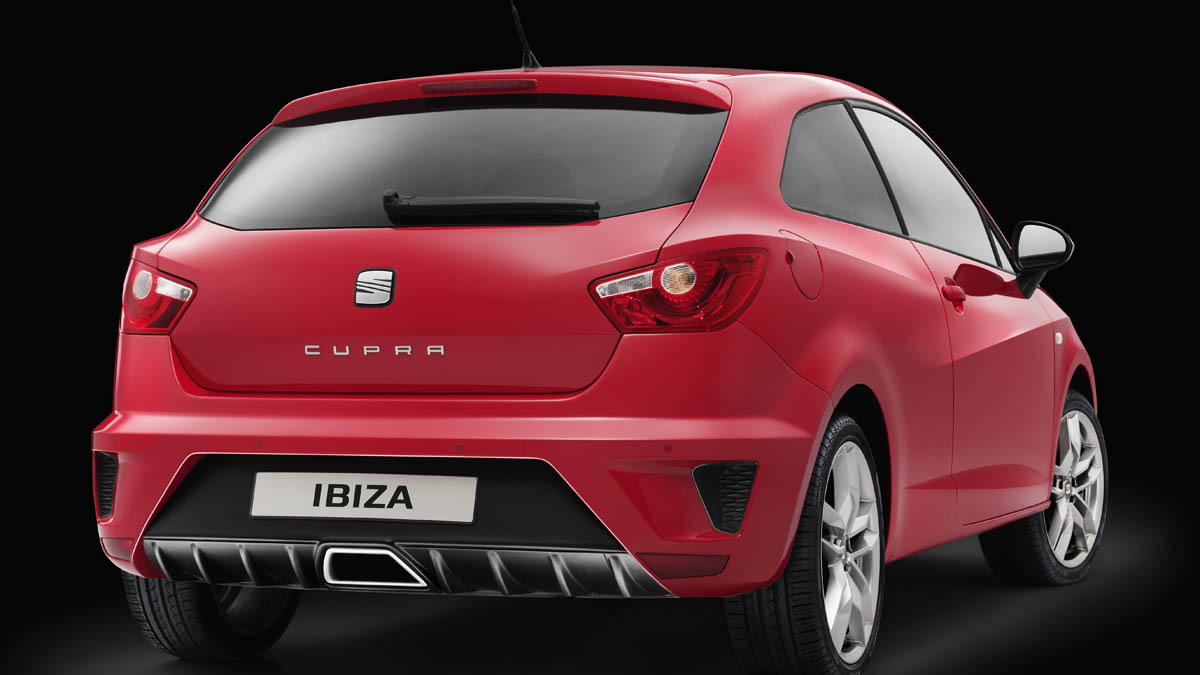 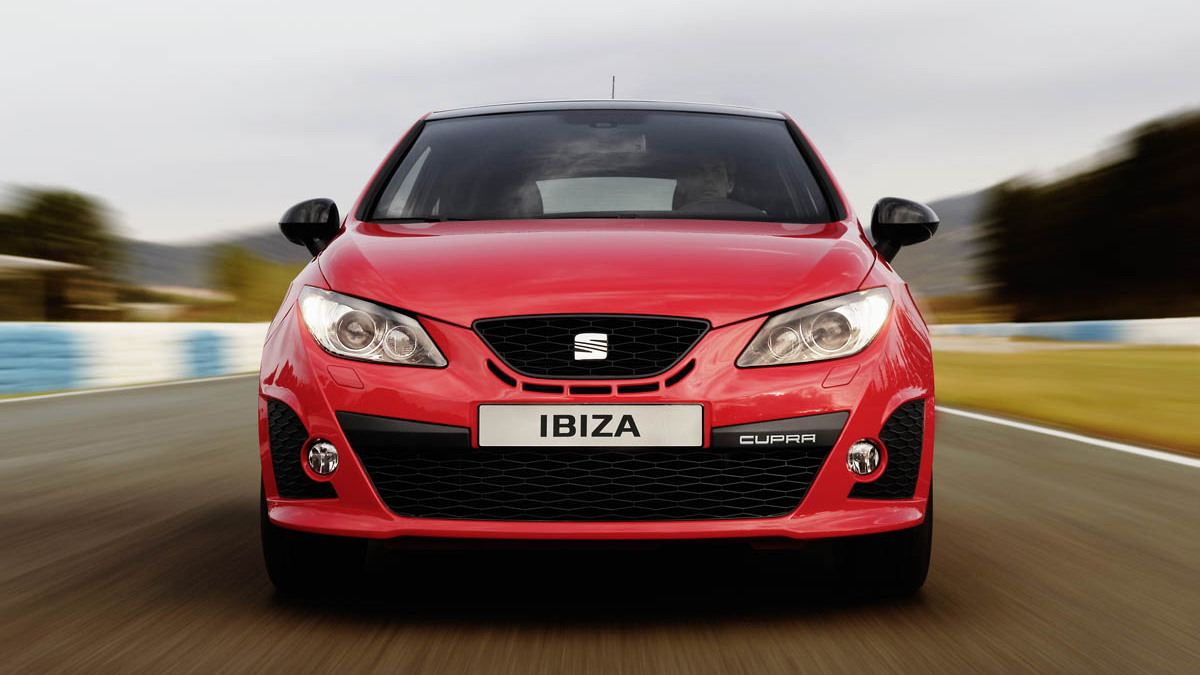 4
photos
Less than six months after its launch, the new Ibiza range has expanded with the arrival of the Cupra performance variant. The latest model continues the ‘Arrow Design’ first seen on the Bocanegra Concept, but also receives a newly designed bumper with air intake vents surrounding the central grille. Other unique features are the 17in alloy wheels, pumped fenders, and a centrally placed trapezoid tailpipe.

Under the hood sits a brand-new version of the Volkswagen Group’s 1.4L TSI engine. The twin-turbo unit produces a peak output of 180hp (134kW) and is mated to a seven speed DSG gearbox with steering wheel shift-paddles. This should ensure it will be able to keep up with similar sporty hatches such as the Ford Focus ST and Renault Clio Sport.

The car also features Seat’s ‘Agile Chassis’ system, which tweaks the response of the steering, brakes and transmission depending on conditions. This is combined with an uprated suspension set-up.

Safety features include standard ESP, ABS and traction control, driver and passenger airbags, hill-hold function, and supportive bucket seats plus aluminium pedals. The new Cupra will make its official debut at October’s Paris Motor Show before going on sale by the end of the year.