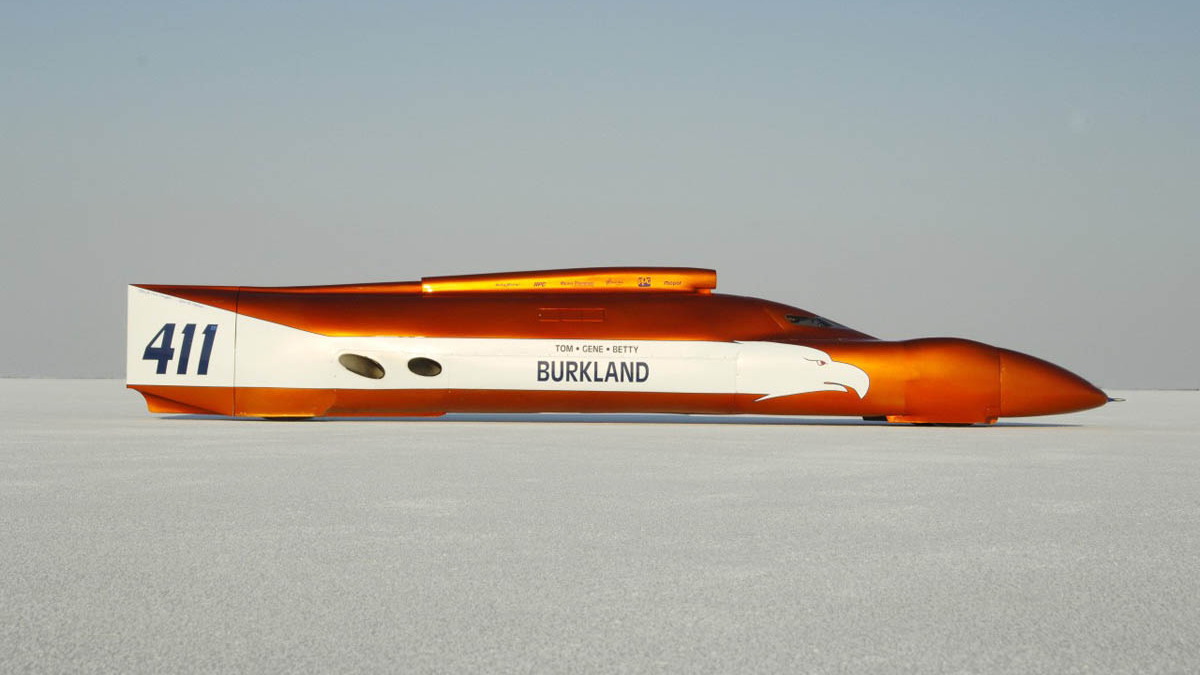 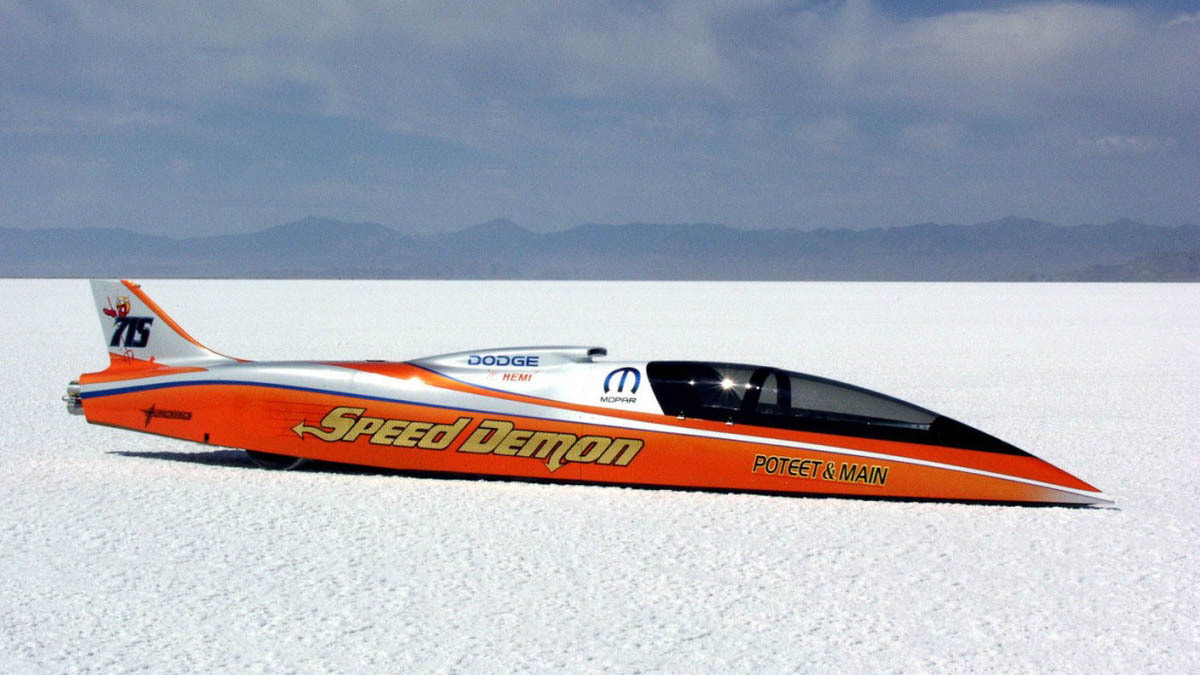 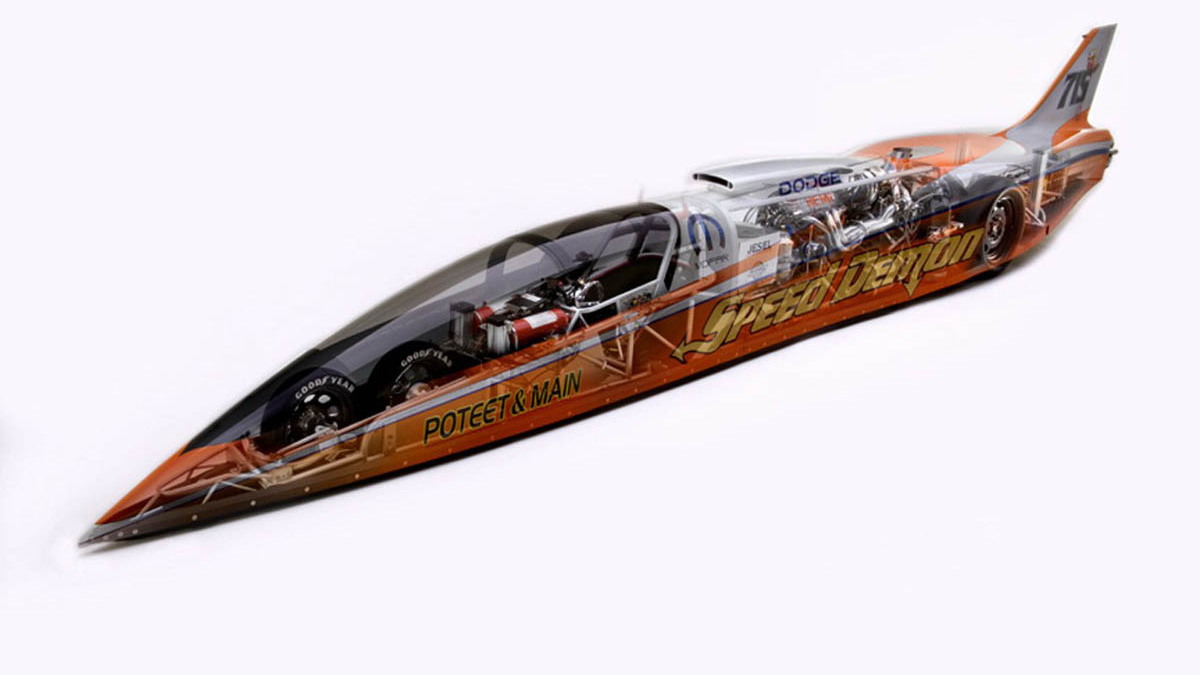 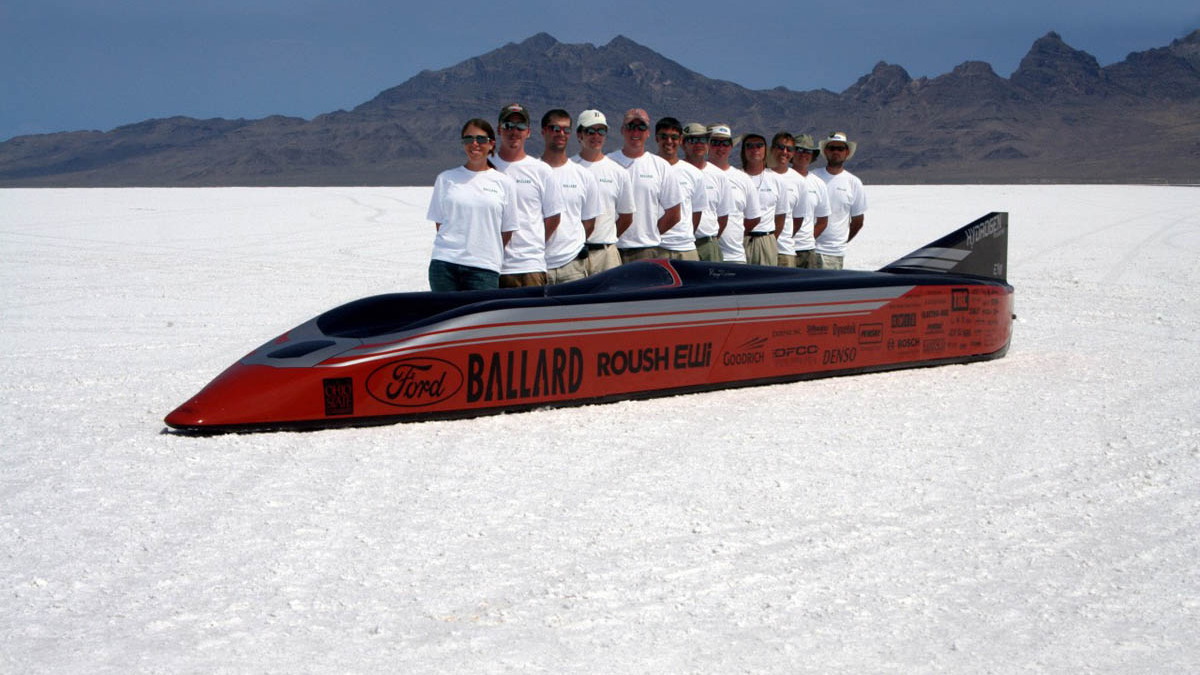 5
photos
In just eleven days the first-ever head-to-head competition to sort out the ten fastest car and motorcycle teams in the world will begin at the famed Bonneville Salt Flats in Utah. The teams in the event will get to test their mettle against each other in a way never before arranged, since world land speed record attempts are typically solo affairs.

Only wheel-driven (i.e. not jet-powered) vehicles will be allowed to enter the competition. Five of the teams will be car-based, and the other five will be motorcycle teams. Entrants will be selected by a panel of judges assembled by Mike Cook, founder of Cook Motorsports. According to Top 1 Oil, the contest's organizers, the winning team in each category will have the right to claim they have the fastest car or motorcycle in the world. The Discovery Channel is also planning to shadow the teams in their attempts, so look out for a documentary of the event in the near future.

The shootout is sanctioned by the FIA and the FIM, the official bodies that recognize world speed records for cars and motorcycles, so any records set during the event should have no problem becoming official world records.

Because of the expense of organizing a world land speed record run, much less securing FIA or FIM officiation and all the attendant certification, there are few real assaults made on the various world speed records. By organizing this event, Top 1 Oil hopes to offer a venue where the best teams in the world can come together to push the limits of engineering and human ability in a competitive environment.

Top 1 Oil runs its own world land speed record vehicle, called the 'Ack Attack' (pictured with the Top 1 Oil team), which is powered by a pair of turbocharged and heavily modified Hayabusa motorcycle engines for a combined displacement of just 2.6L. Despite the small engine, the streamliner has successfully made unofficial runs as high as 328mph.