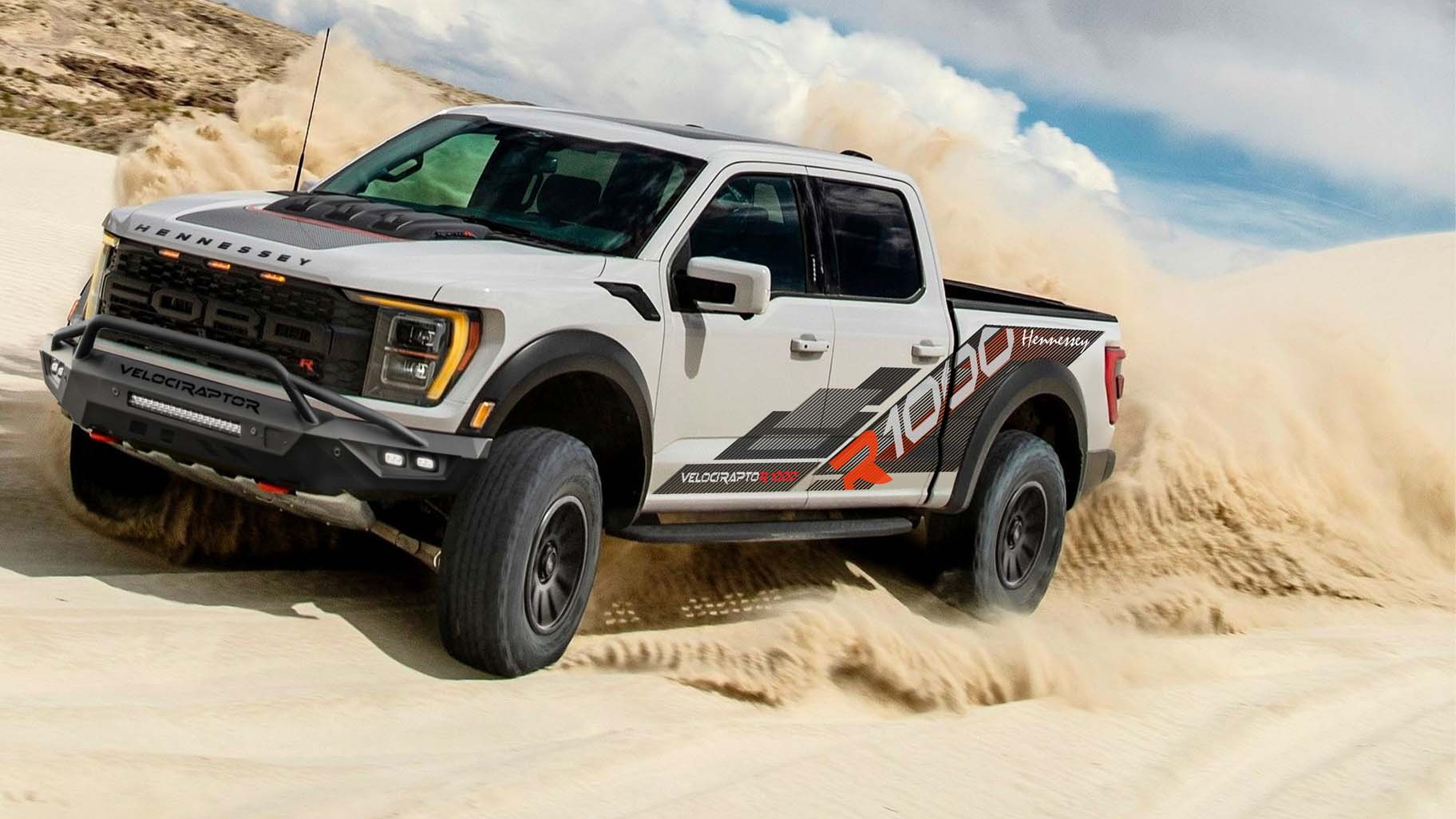 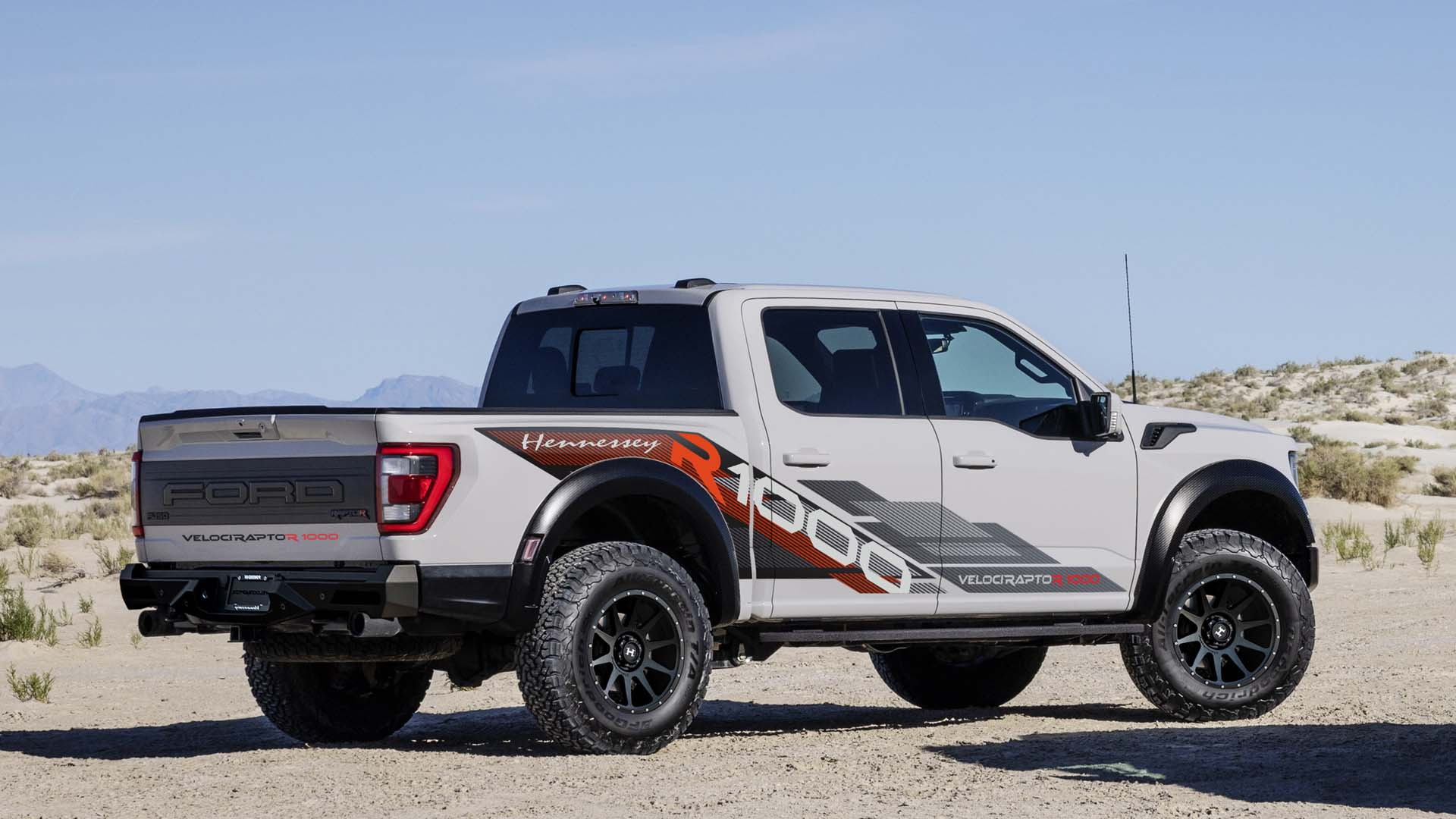 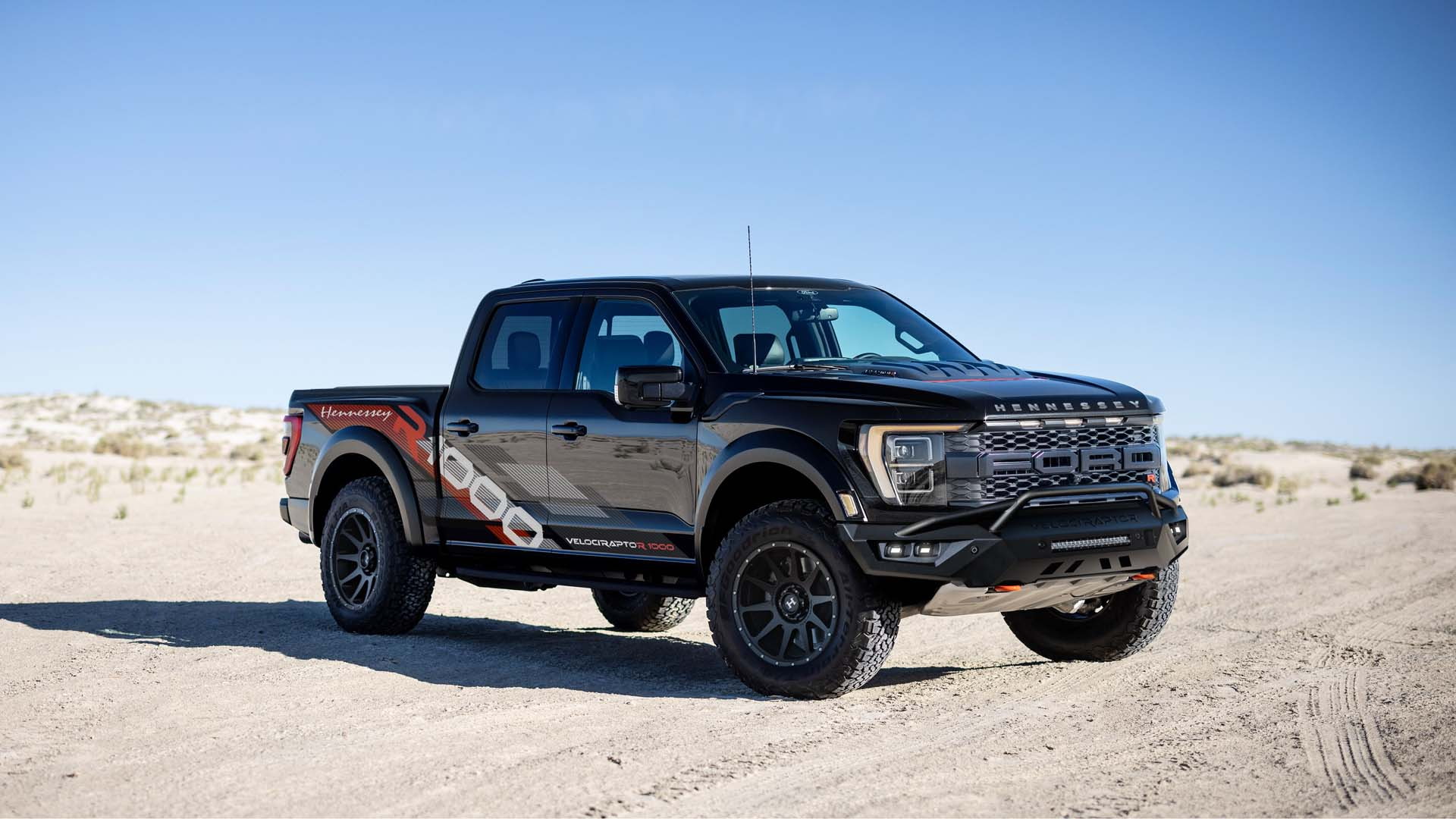 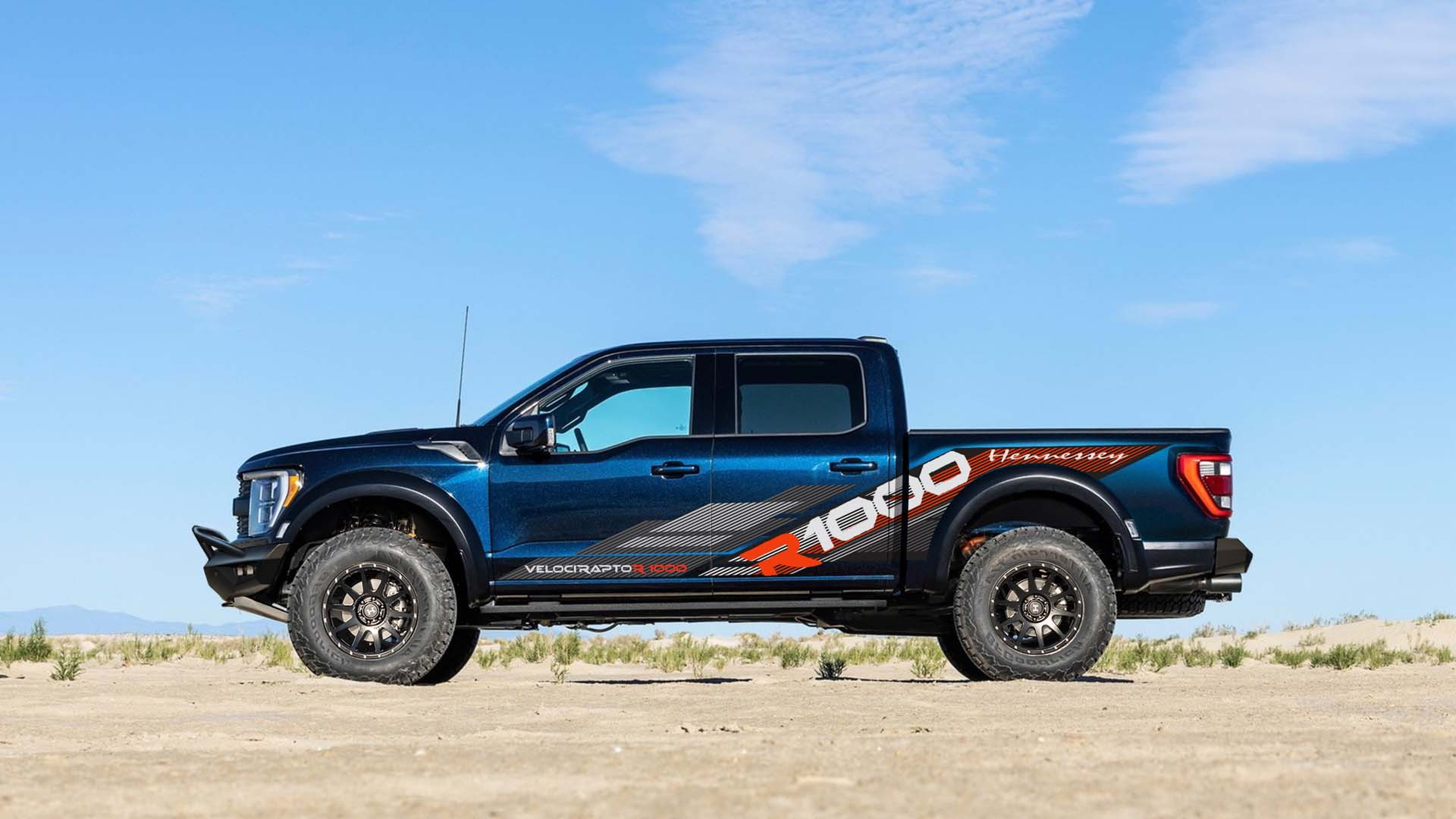 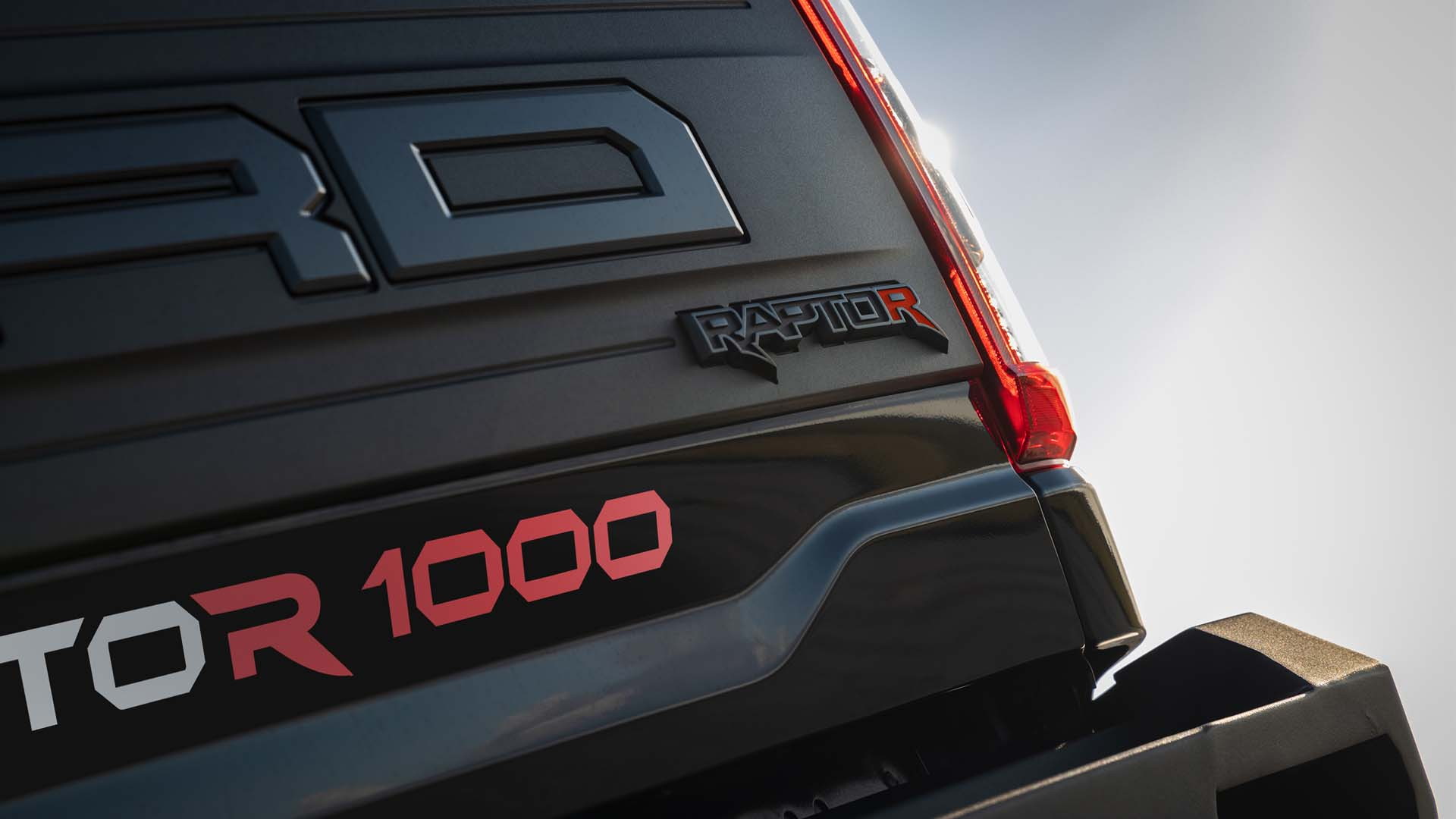 Ford's new 2023 F-150 Raptor R offers plenty of performance straight out of the box, but Hennessey Performance Engineering plans to dial things up a notch.

The Texan tuner on Tuesday announced the new VelociRaptoR 1000 upgrade, which will boost output to a hypercar-worthy 1,000 hp and 850 lb-ft of torque. Final numbers will be announced closer to the debut in early 2023.

Hennessey already has plenty of experience with the supercharged 5.2-liter V-8 found under the hood of the F-150 Raptor R. The stock V-8, with its flat-plane crank and 2.7-liter supercharger, delivers 700 hp and 640 lb-ft, but Hennessey has built versions spitting out over 1,200 hp in its upgrades for the Ford Mustang Shelby GT500, which packs the same V-8. 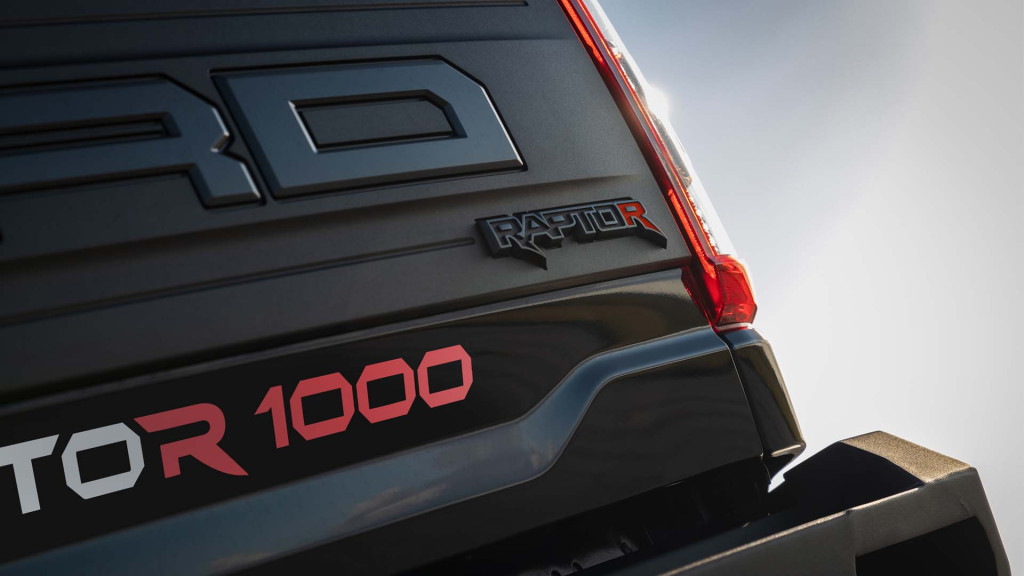 For the VelociRaptoR 1000, Hennessey will add a larger 3.8-liter supercharger, a new supercharger belt, and an upgraded fuel system.

The company will also make modifications in other areas of the vehicle, similar to those found on Hennessey's other VelociRaptor upgrades. These will include new front and rear fascias, a front light bar, a graphics package, and 20-inch wheels wrapped in 37-inch off-road tires. The truck will also come with custom badging, including a serial-numbered build plaque. Hennessey hasn't said how many examples will be available.

Interested buyers can place an order for the VelociRaptoR 1000 via Hennessey or participating Ford dealerships. Pricing information hasn't been announced. The standard F-150 Raptor R is priced from $109,145, including a $1,795 destination charge.