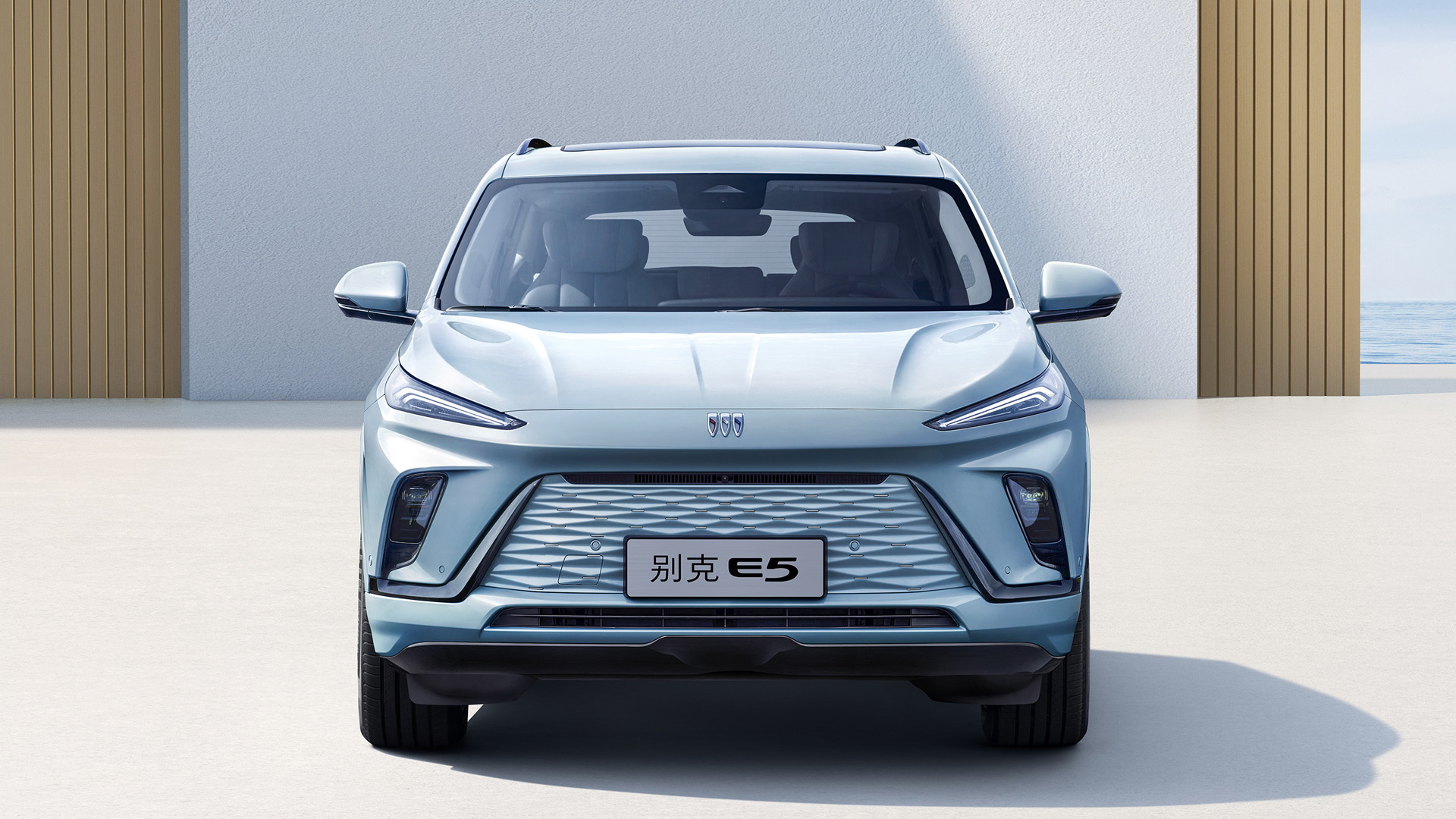 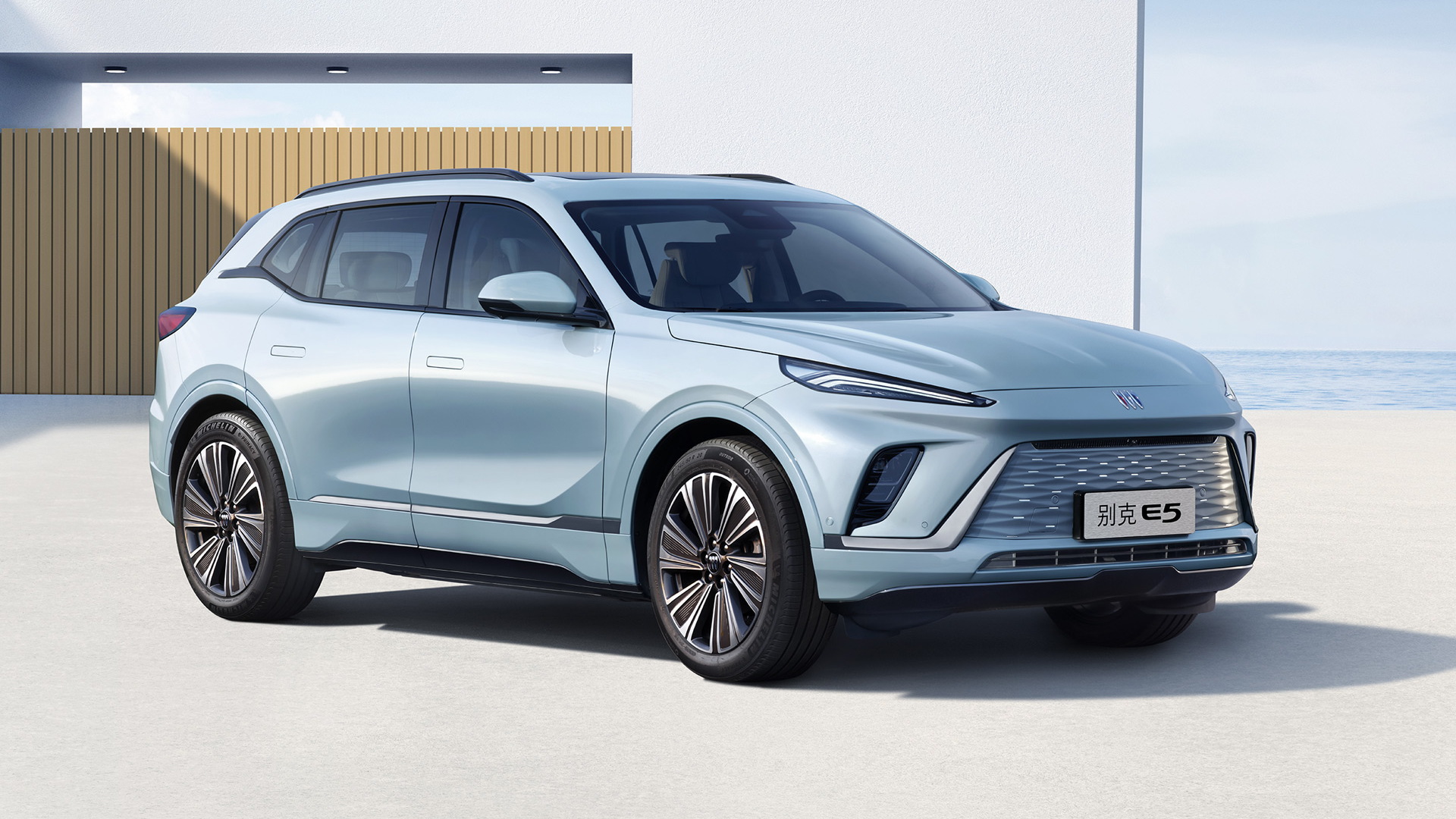 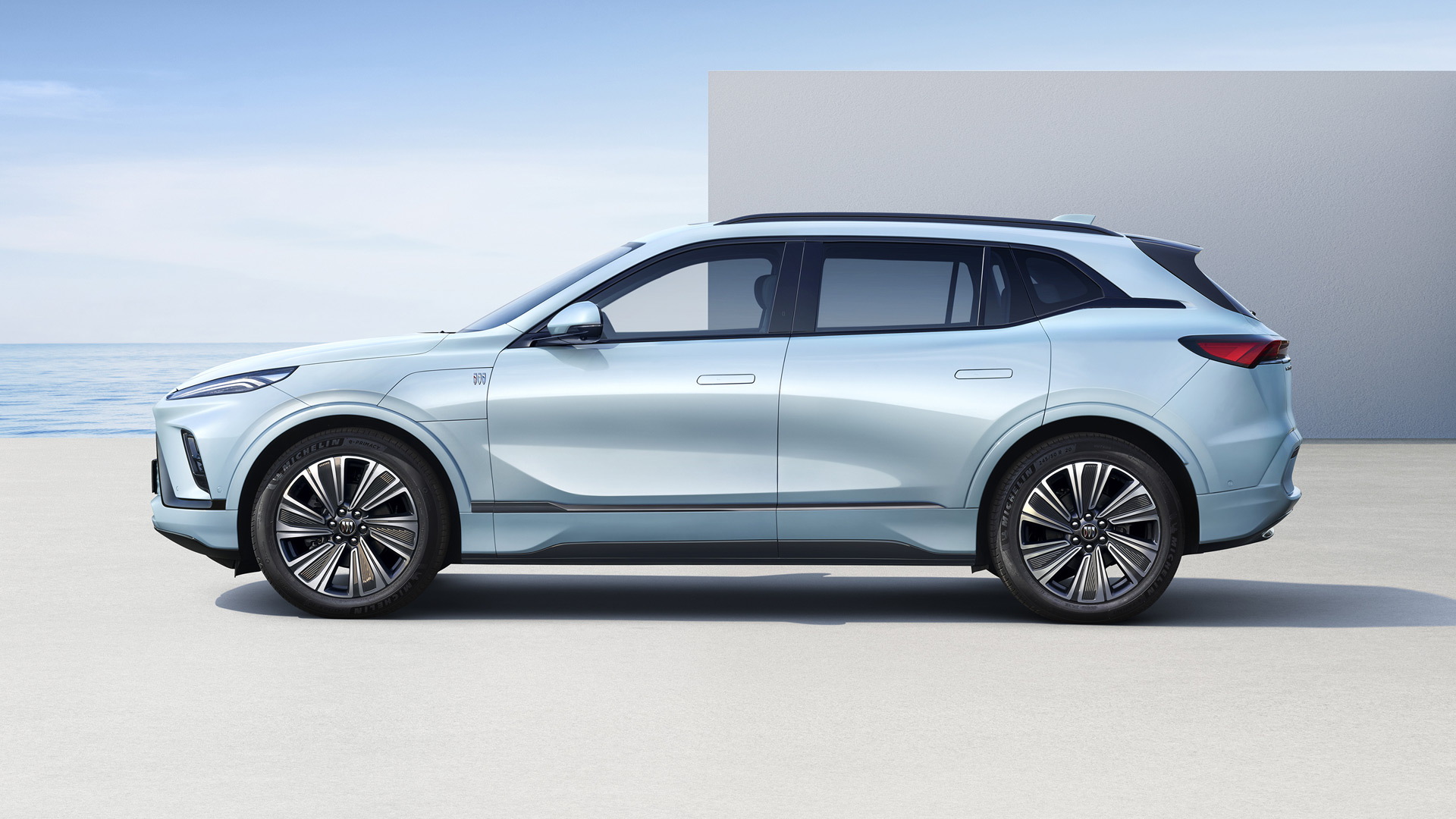 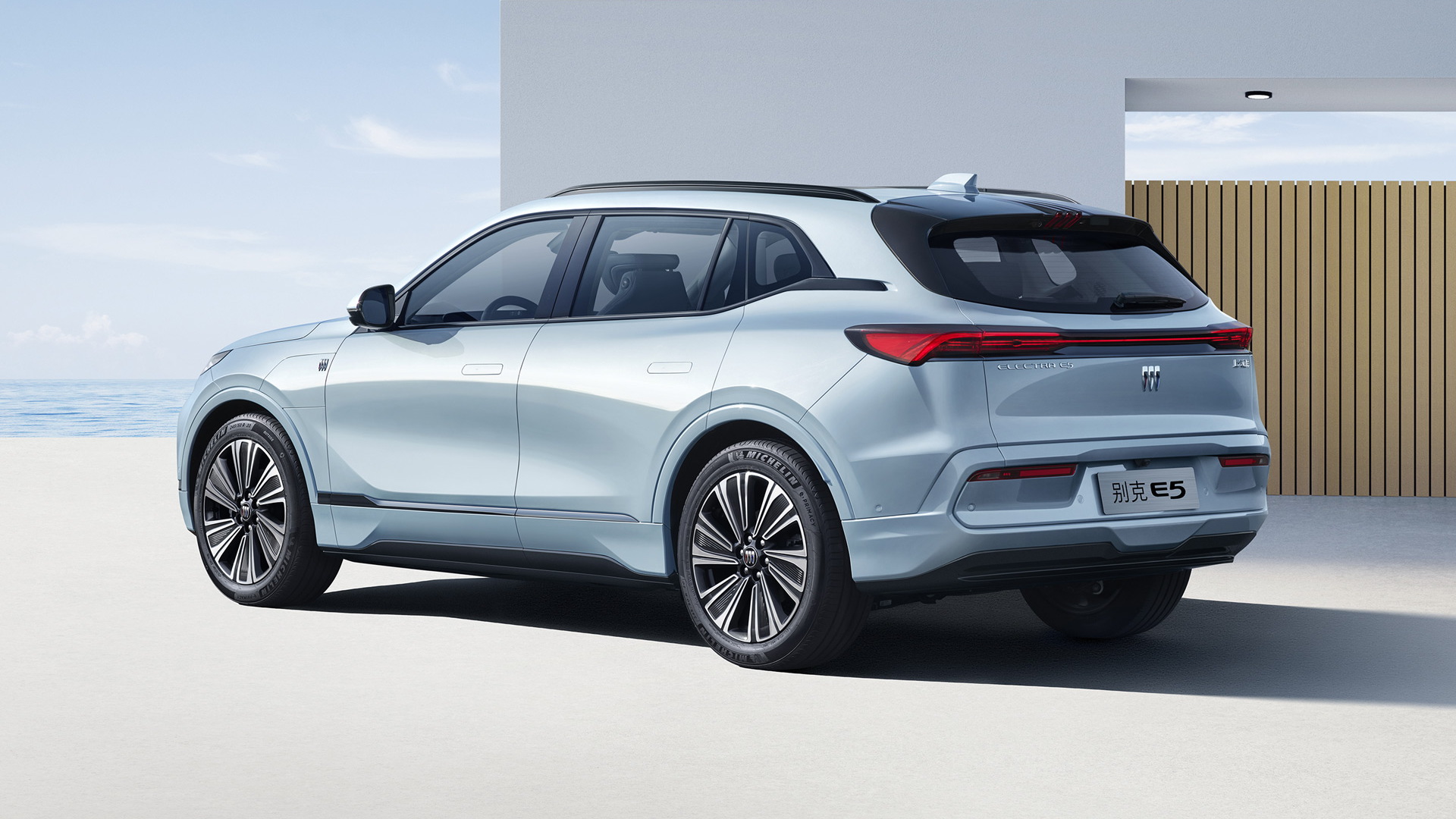 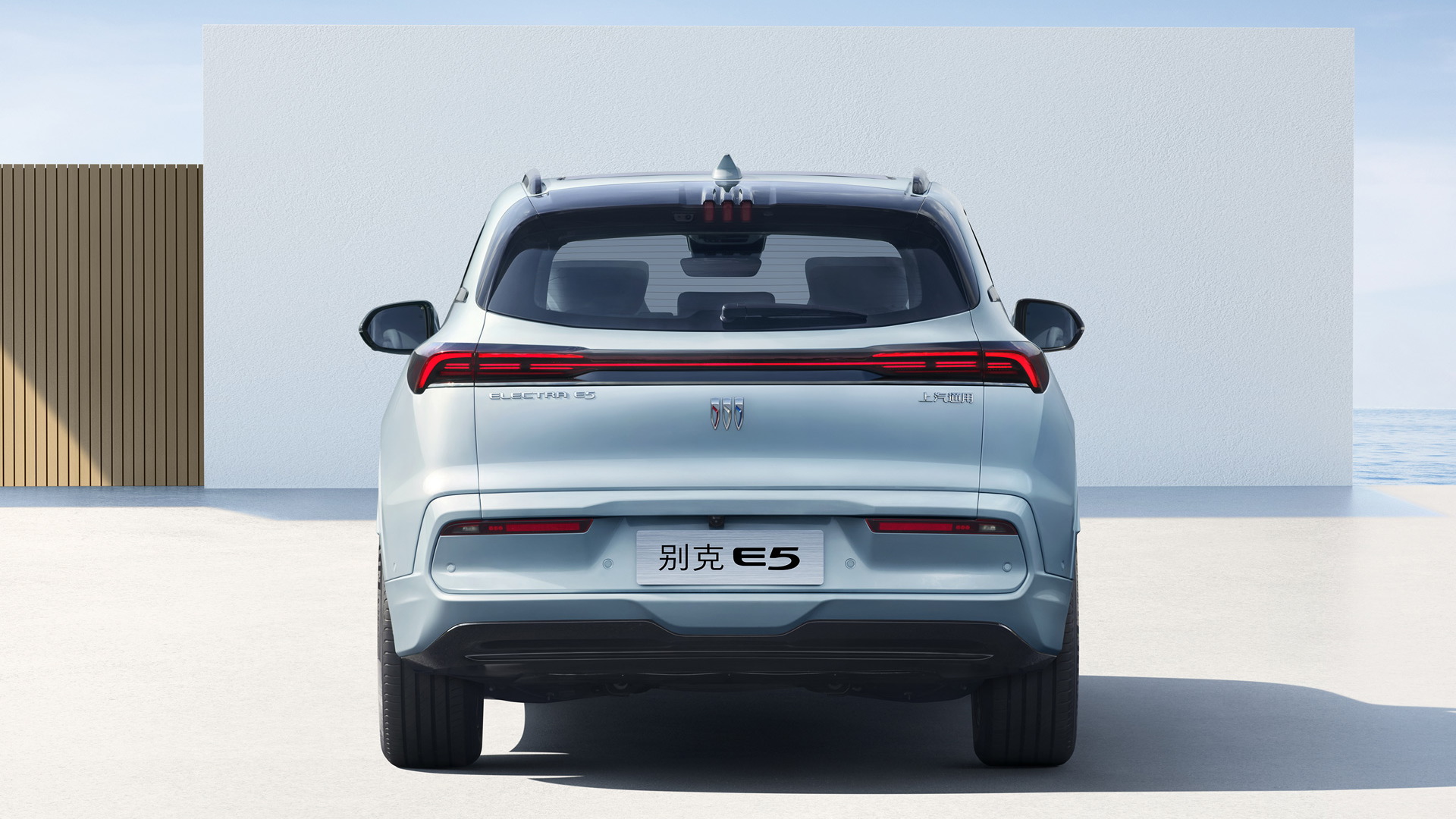 Buick has revived its Electra nameplate for an electric crossover destined for sale in China.

Revealed on Monday, the new Buick Electra E5 is the latest vehicle to use General Motors' Ultium battery technology, though specifics on the powertrain are being withheld until closer to the market launch in 2023.

The Electra E5 measures 192.6 inches in length and has a wheelbase of 116.3 inches, making it roughly the same size as the U.S.-bound 2024 Chevrolet Equinox EV, which measures 190.4 inches long and has the same 116.3-inch wheelbase. The most potent version is expected to have approximately 240 hp and be capable of a top speed of 112 mph.

The exterior design has been shaped by Buick's new Pure design theme, which the automaker previewed earlier this year with the Electra-X and Wildcat EV concept cars. At the rear, the center taillight features three vertical elements that mimic Buick’s revised tri-shield logo.

Buick hasn't shown the interior, but said the E5 has ample space for five. The automaker has also confirmed support for GM's Super Cruise driver-assist feature that has been available in China for the past couple of years.

Buick said the Electra E5 is the first member in a new portfolio of EVs destined for sale in China, with some also likely to end up in the U.S. More of these future EVs will likely carry the Electra badge as well, as Buick has trademarks for “Electra E1” through “Electra E9.”

The Electra name was a fixture in Buick's lineup for decades. It first appeared for the 1959 model year and lasted until 1990.

For the U.S., Buick has confirmed it will have two Ultium-based EVs at dealerships by the end of 2023, both of them SUVs. One will have conventional proportions, while the other will sport a more coupe-like profile. The U.S. EVs, which may be called Electra and Electra GS, respectively, are expected to feature styling more like the Wildcat EV concept.