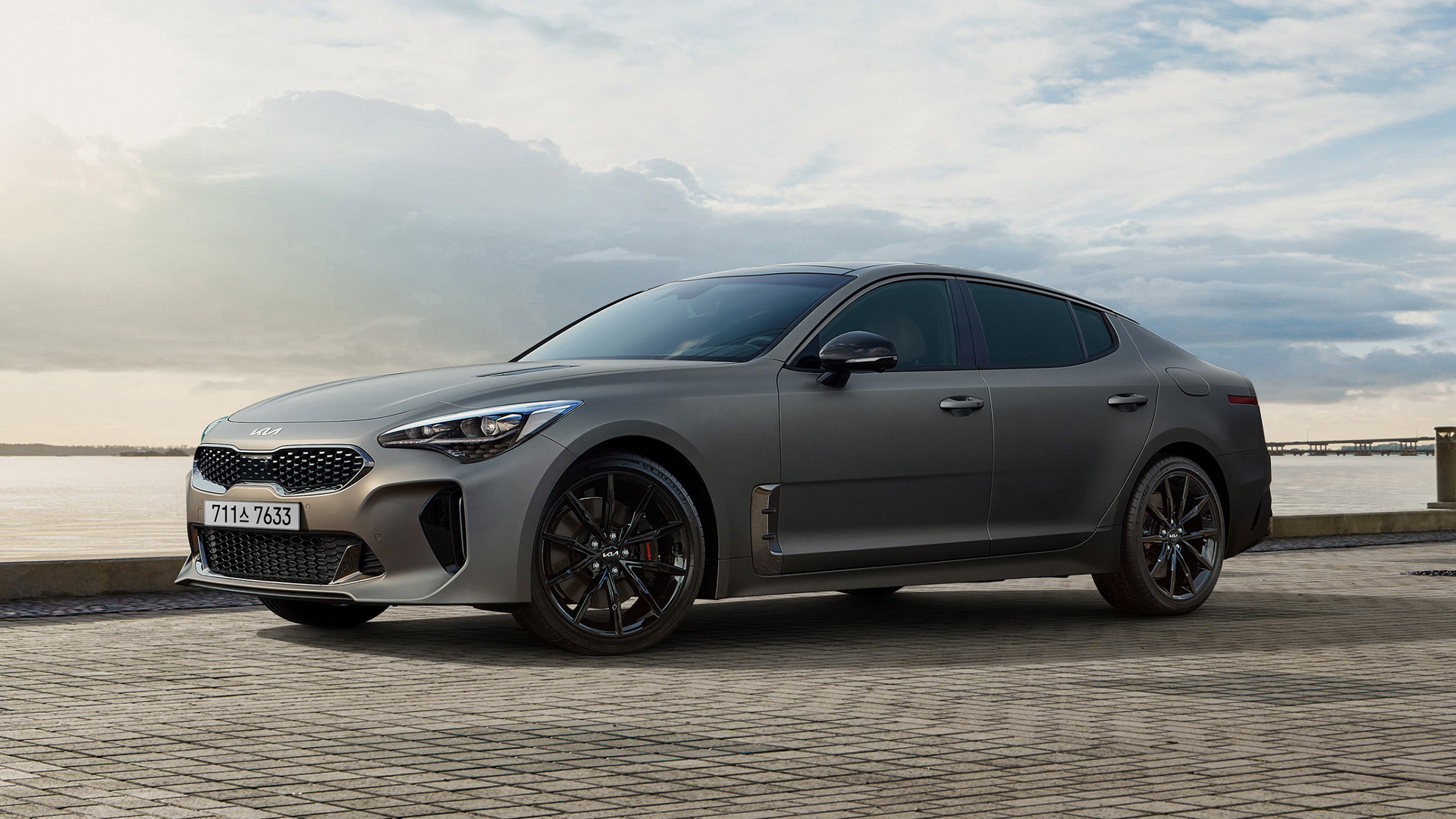 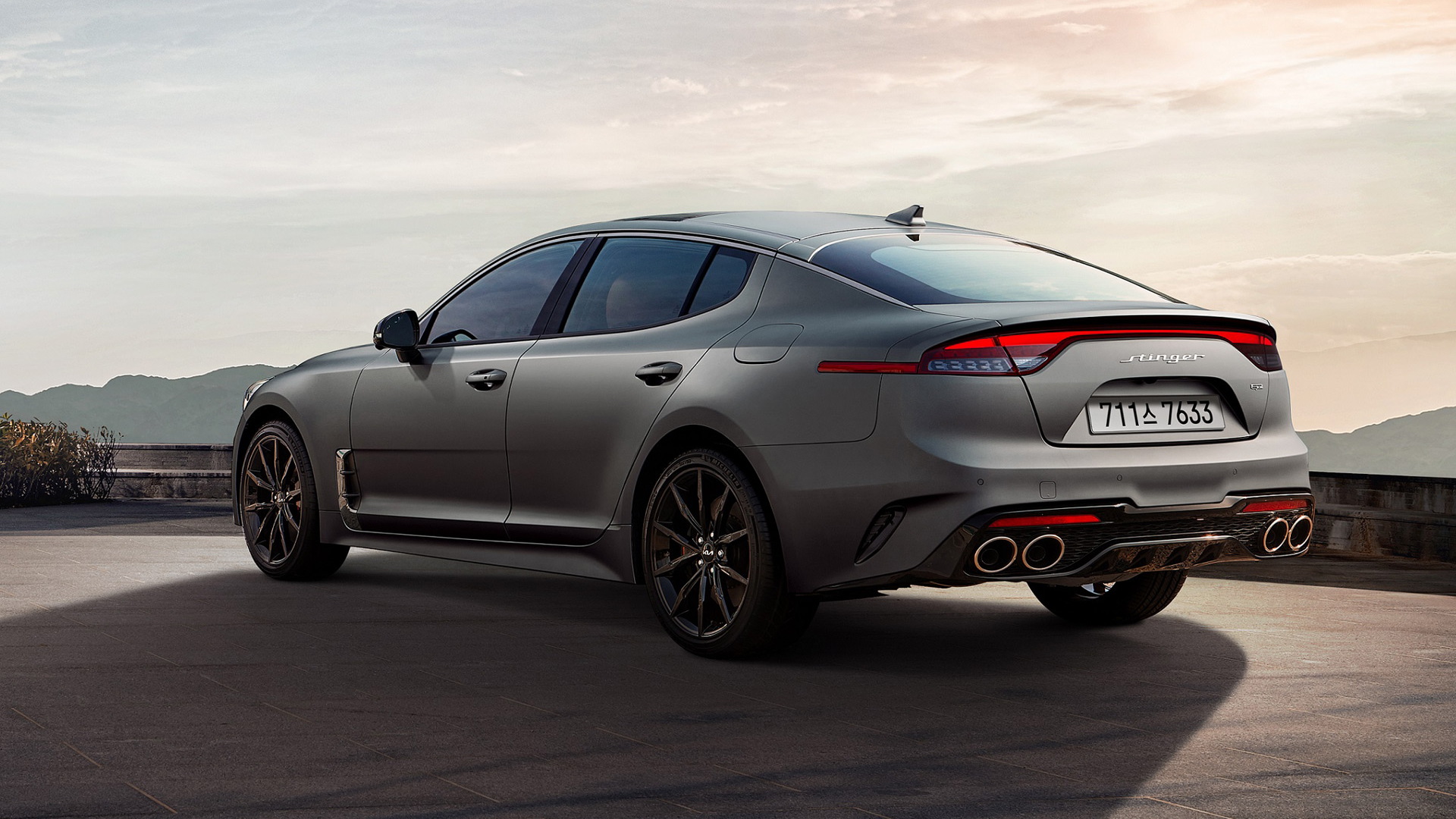 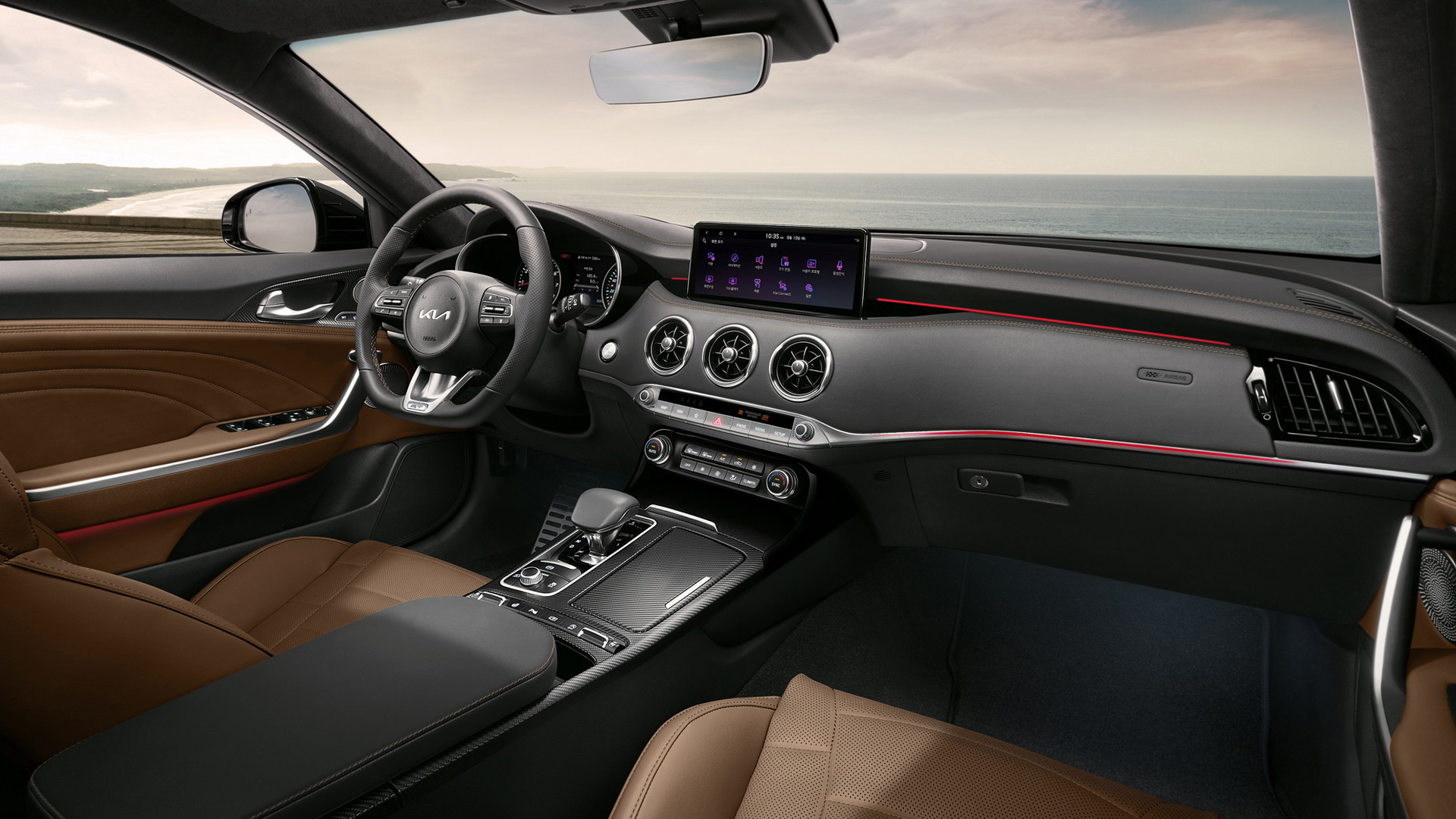 Mainstream performance sedans with rear-wheel drive are a dying breed. The latest to receive its walking papers is the Kia Stinger.

Kia spokesman James Hope told Motor Authority that approximately 400 are earmarked for the U.S. He also said timing for the start of sales is yet to be confirmed but will likely be in the first half of 2023.

The Tribute Edition is based on the Stinger equipped with the twin-turbo 3.3-liter V-6, which pumps out 368 hp. It also gets the exclusive exterior color Moonscape matte gray, though buyers will be able to choose the existing Ascot Green as an alternative. With either color, the car has black accents on the side mirror caps, 19-inch wheels, and Brembo brake calipers.

For the interior, the special edition features an exclusive Terracotta brown hue for the leather used on the seats, steering wheel, door linings, and door grips. The car also uses a material resembling carbon fiber on the center console and upper door trim, as well as a pattern resembling a wasp on the headrests as a nod to the nameplate. A final touch is a numbered door sill tread plate on the driver side.

While the Stinger will soon be gone, Kia plans to keep the car's sporty focus alive in its new range of GT-badged models. The first of these are already here in the form of the K5 GT sedan and EV6 GT electric crossover. The latter delivers some serious performance with its 576-hp output.