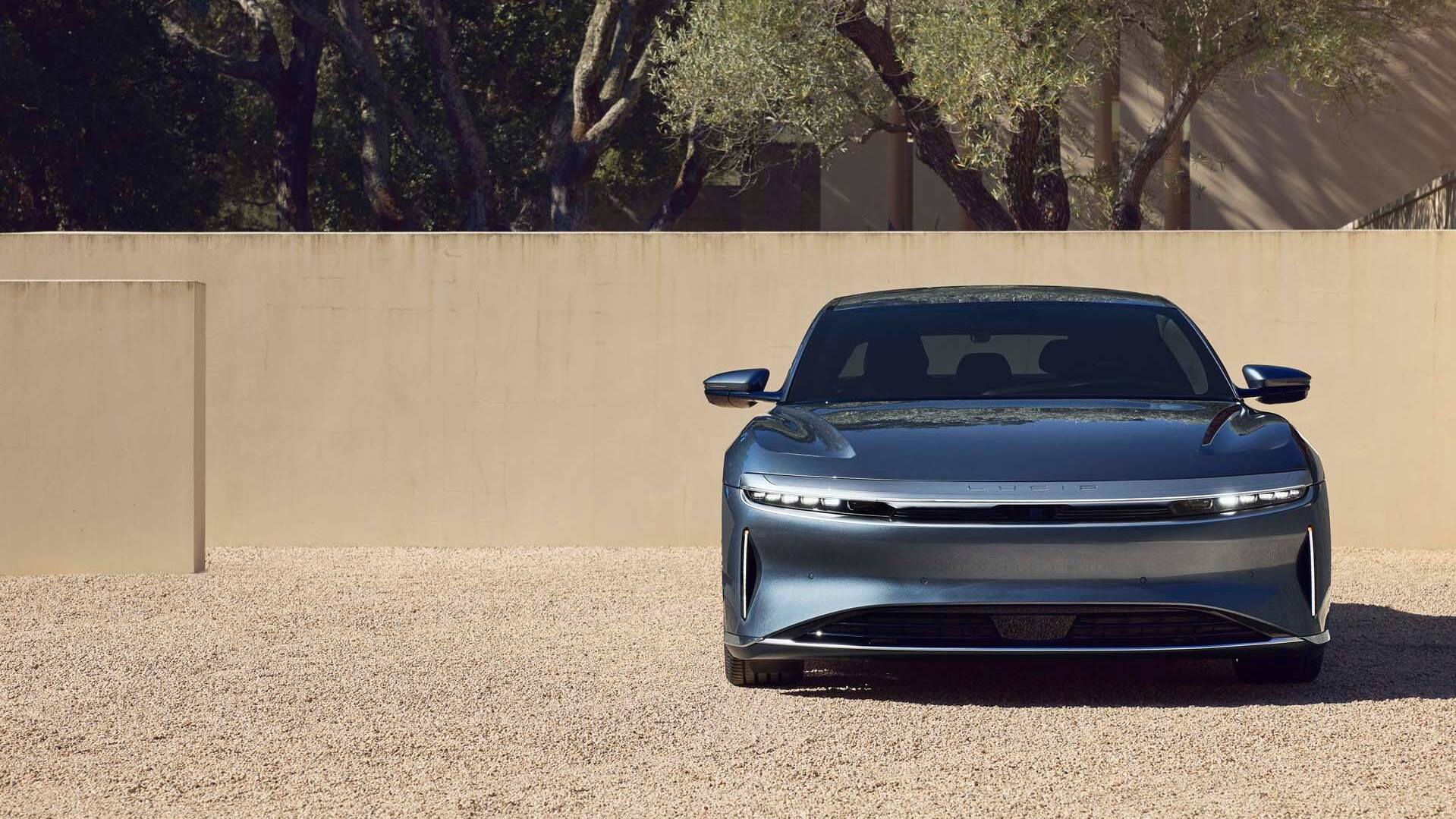 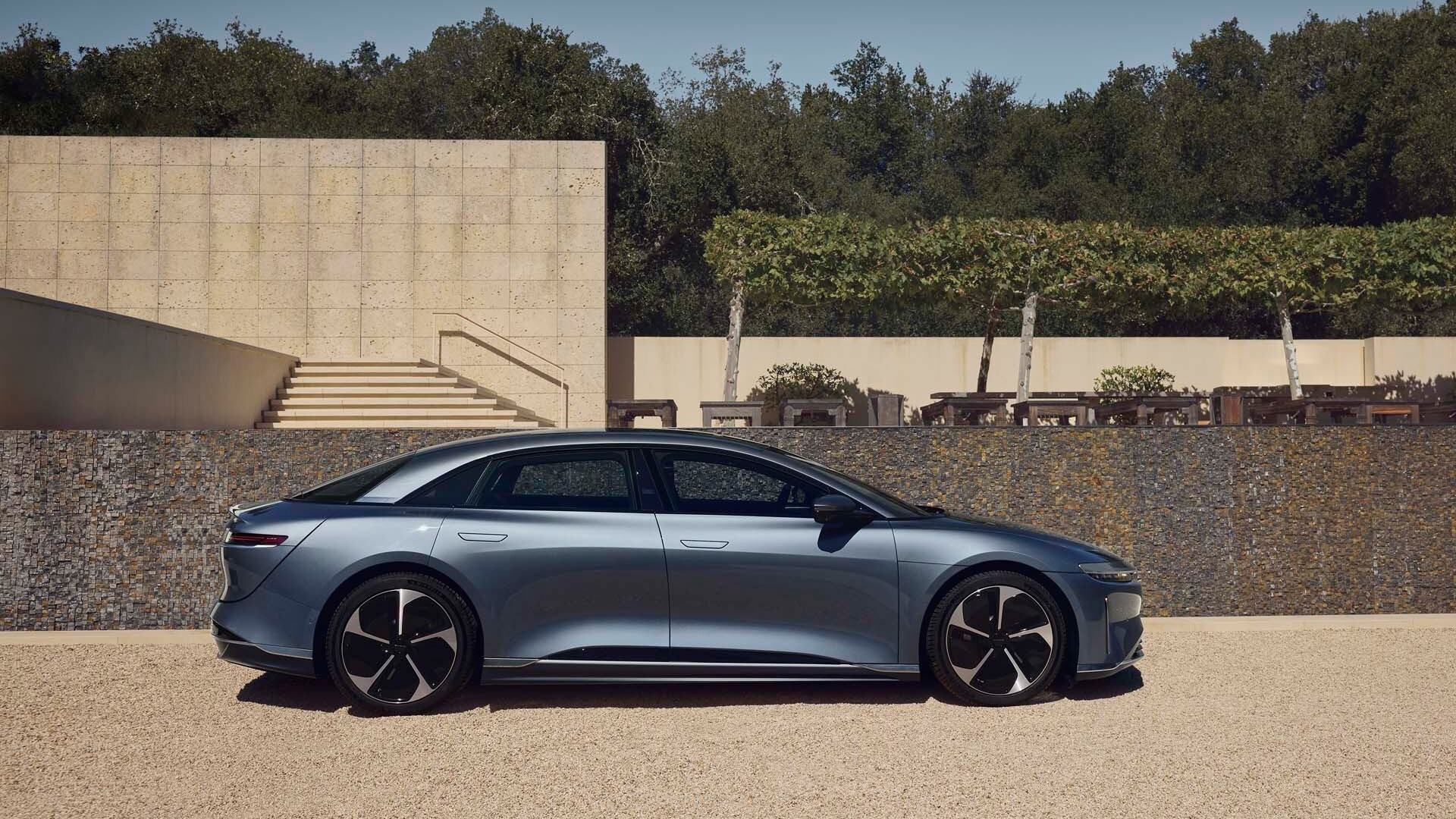 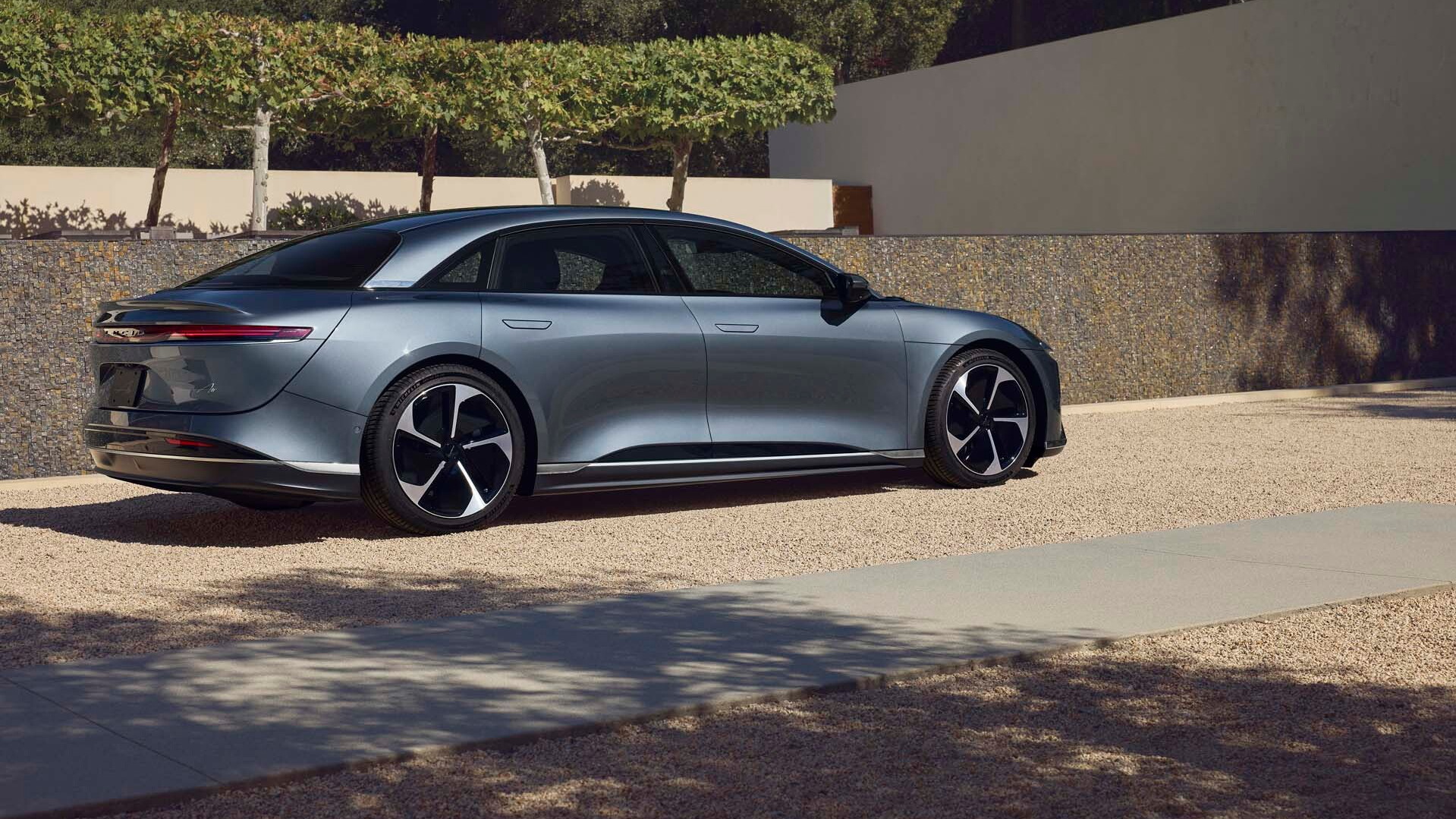 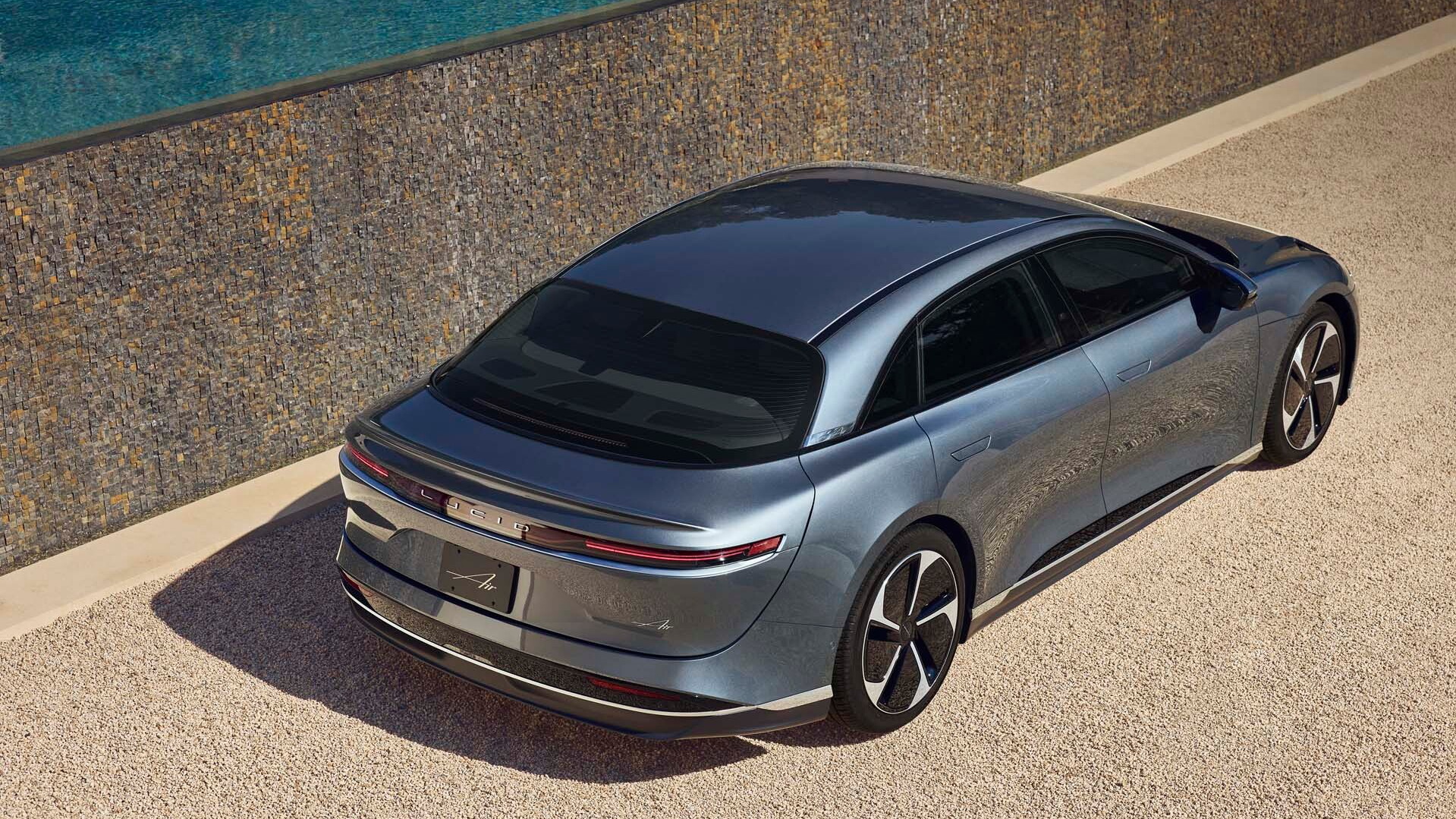 The wait for more affordable versions of Lucid's Air sedan is finally over.

The California EV startup on Tuesday said it is ready to start deliveries of the Air's more affordable Pure and Touring grades.

The Air Pure offers impressive numbers, especially for a base model. With dual motors, peak output is 480 hp, or enough for 0-60 mph acceleration in 3.8 seconds. The EPA range estimate is 410 miles, which is more than most of the electric sedans on the market. Lucid hasn't said how big the battery is but said it is made up of 18 modules versus the 22 used in the 112-kwh battery used in other models, which suggests a capacity of around 90 kwh. Lucid also said high-speed charging makes it possible to add around 200 miles in just 15 minutes.

The Pure misses out on the expansive glass roof of other models, switching to a lighter aluminum unit instead. The interior is also lined in a mix of synthetic leather and fabric, versus the more premium stuff of other models.

Upgrading to the Air Touring sees power climb to 620 hp and the EPA range estimate grow to 425 miles. With the extra power, the Air Touring should sprint to 60 mph from rest in 3.4 seconds. Lucid said the Touring is its most efficient model, requiring just 1 kwh for every 4.62 miles. This is helped by a record-low (for a production car) 0.197 coefficient of drag for the Pure and Touring grades.

The Touring also comes with the aluminum roof but buyers have the option of swapping it for the glass roof. This grade also gets improved materials in the cabin, such as full-grain nappa leather.

Deep-pocketed buyers waiting for the Air Sapphire have some good news as well. Lucid announced on Tuesday that the 1,200-plus-hp Air will hit 60 mph from rest in 1.9 seconds, 100 mph in 3.9 seconds, and top out at 205 mph. Thanks to trick torque vectoring made possible by the dual motors at the rear axle, Lucid said Sapphire prototypes have run significantly faster laps at major racetracks than many hypercar models.