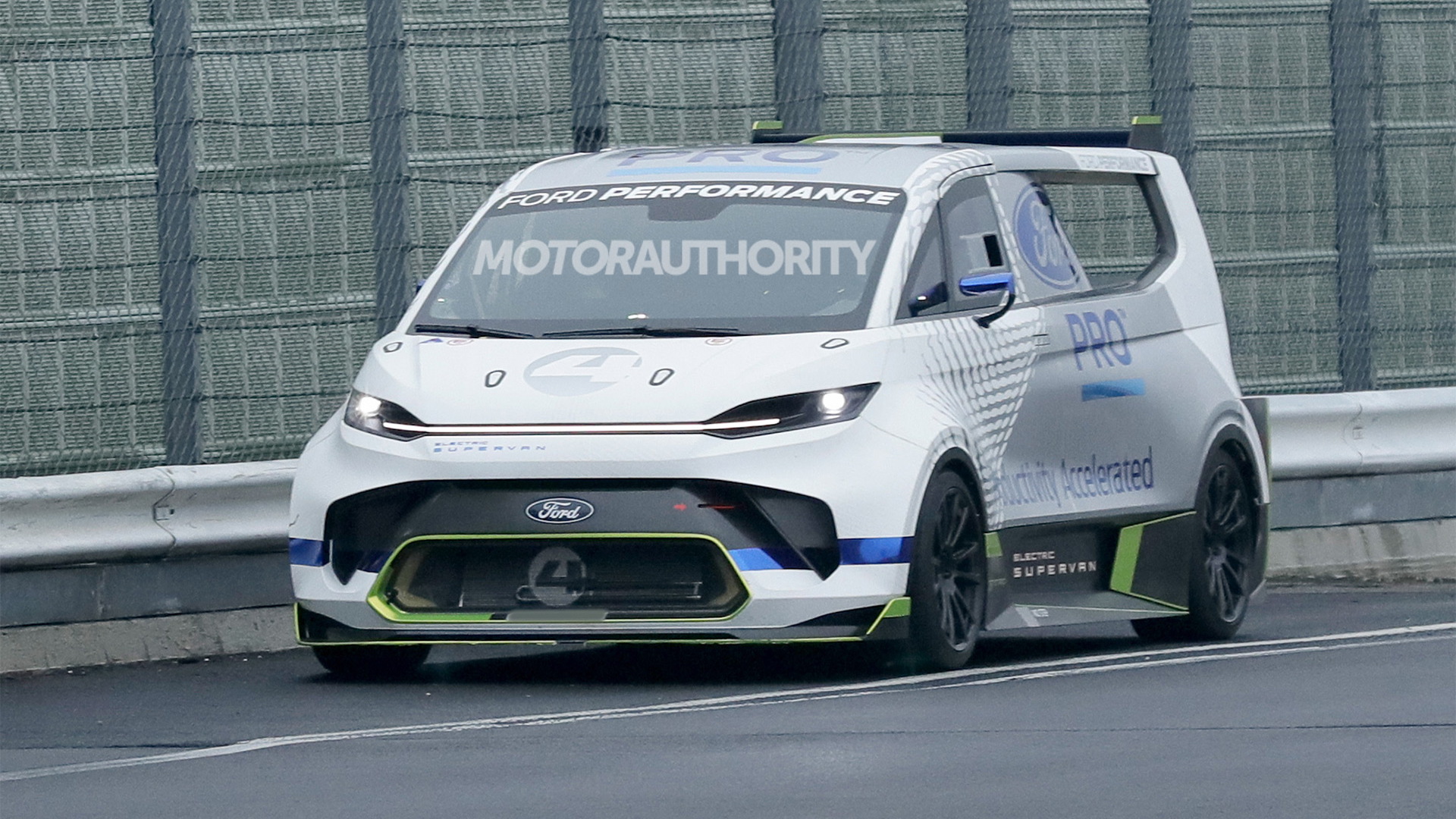 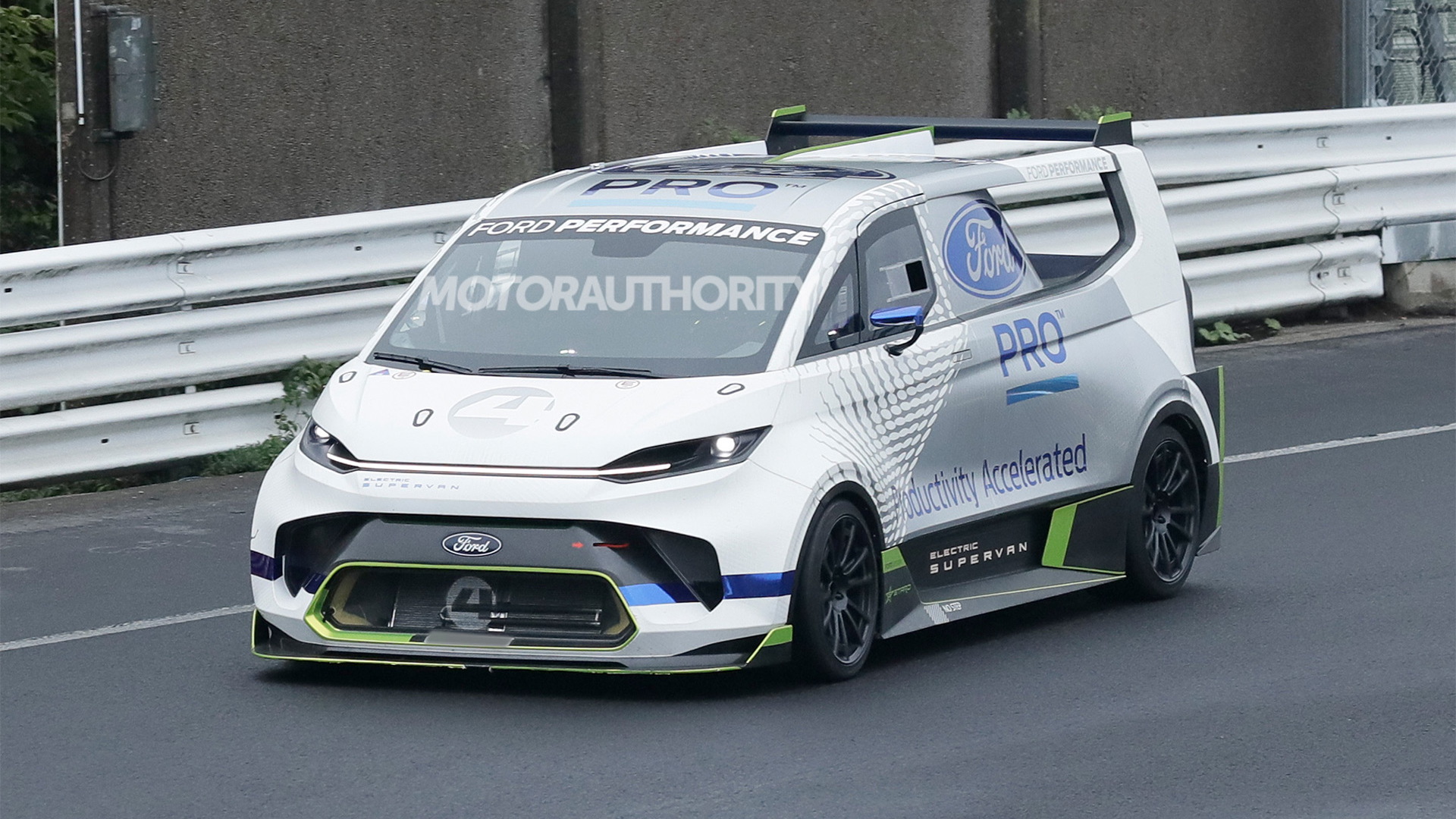 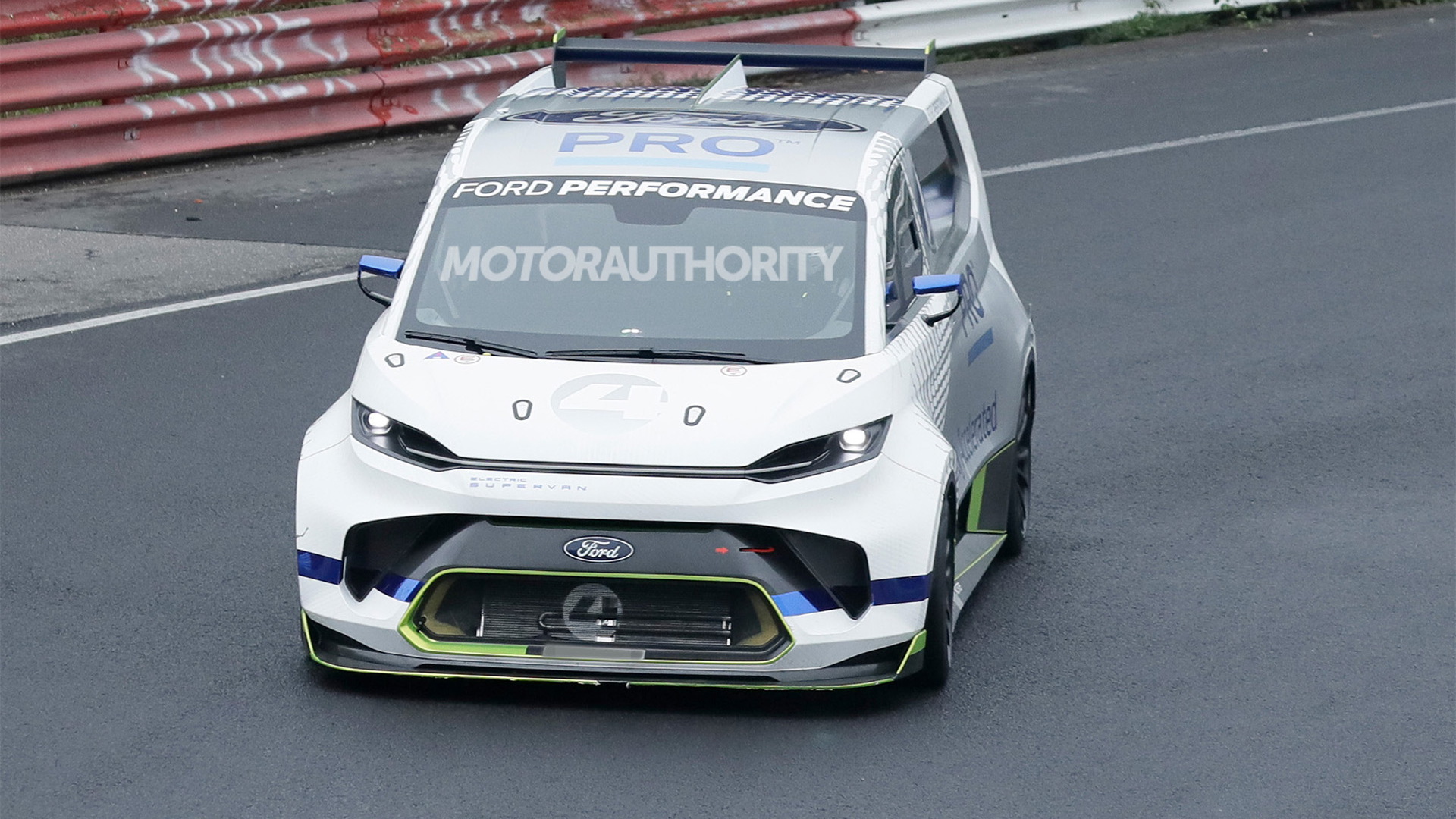 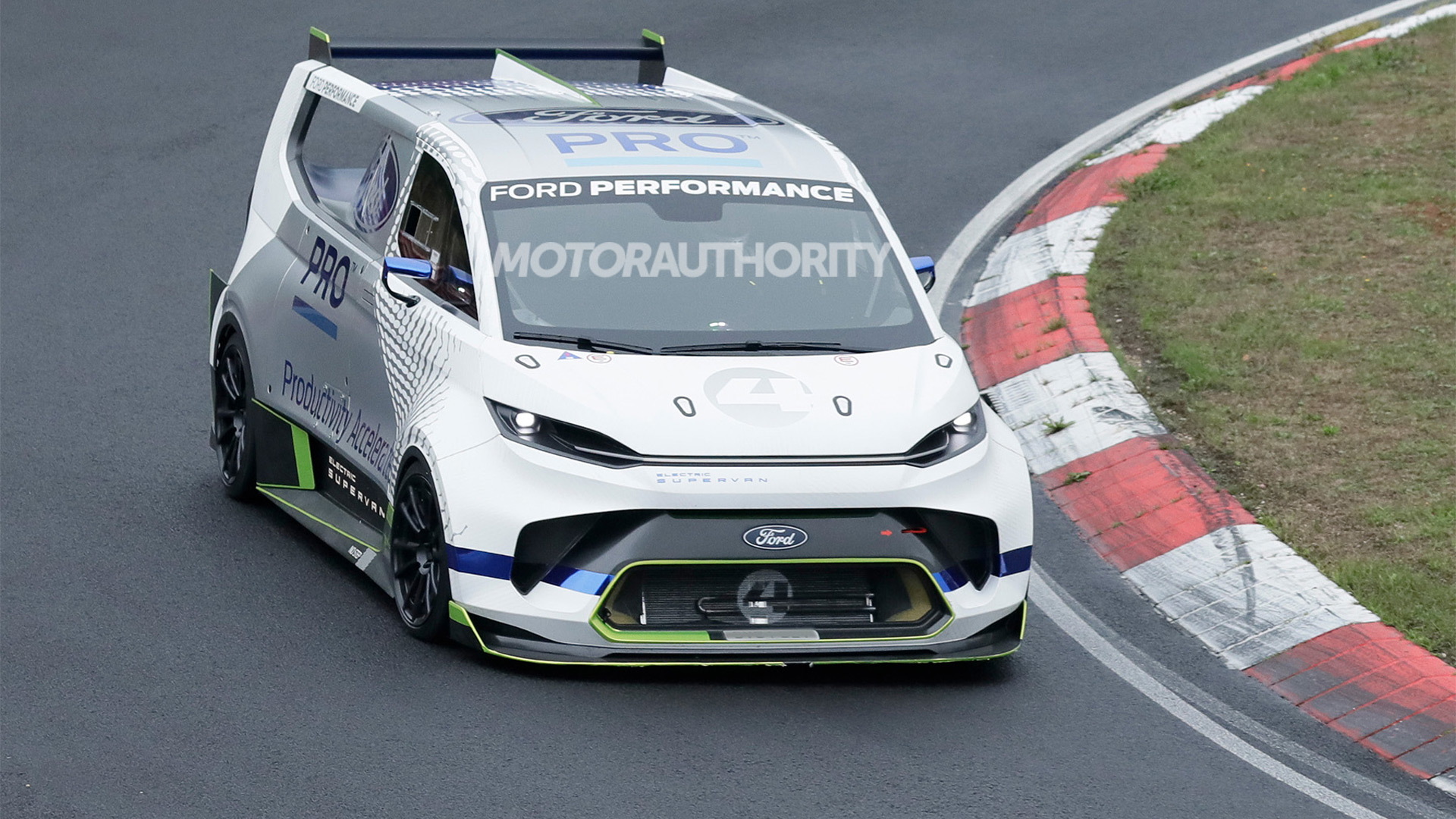 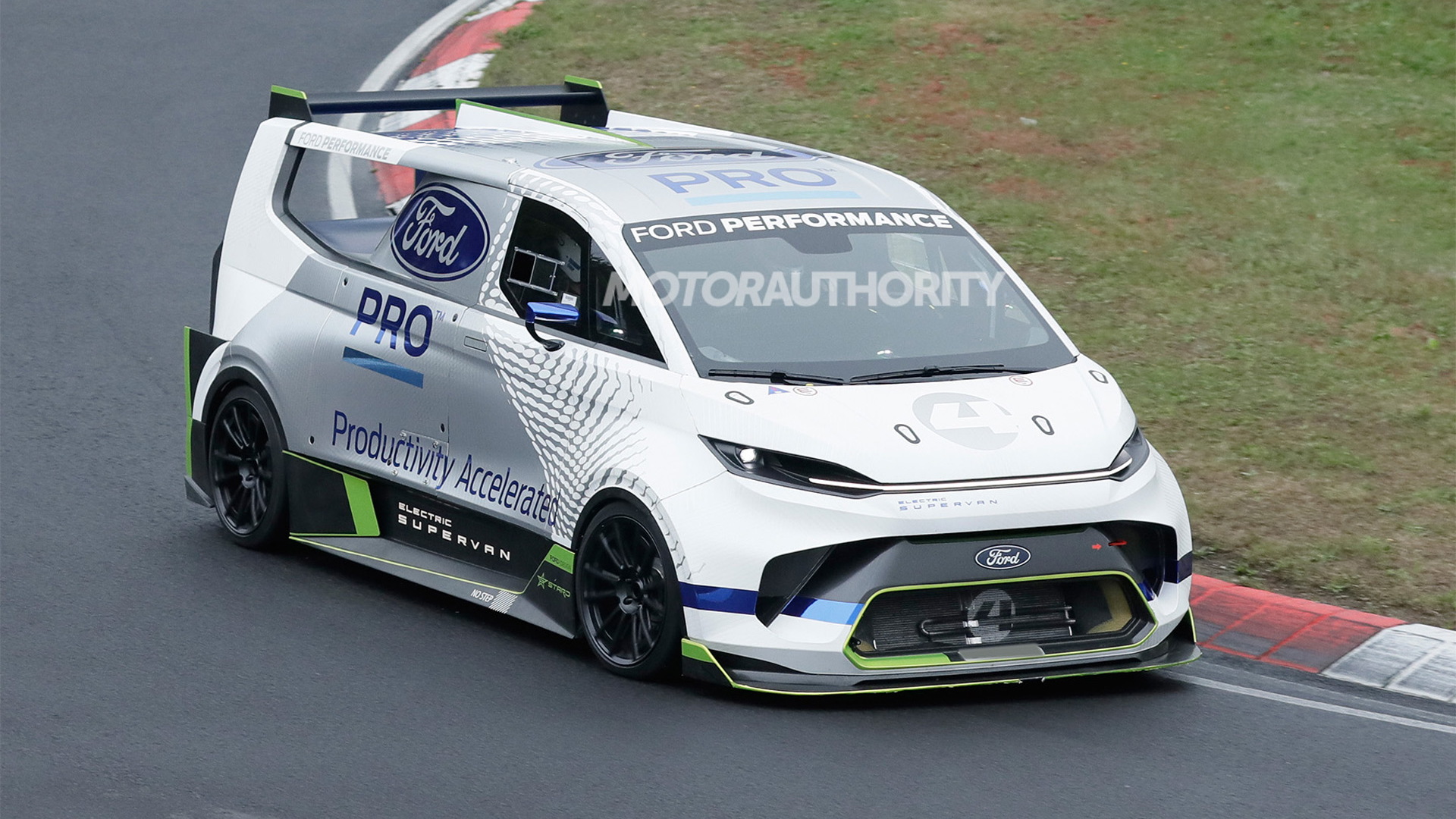 Ford's Pro Electric Supervan concept has been spotted testing at the Nürburgring and on some of the German racetrack's surrounding roads.

The concept was unveiled in June at the 2022 Goodwood Festival of Speed with a powertrain consisting of four electric motors delivering a combined 1,972 hp, or more than in Rimac's Nevera hypercar. The multiple motors will allow it to sprint to 62 mph from rest in less than 2.0 seconds.

The concept is based on Ford's new E-Transit Custom electric van but shares very little with that production model, as you might have imagined. Its unique body is made from composite materials, and the platform is a purpose-built steel space frame with front and rear subframes housing unequal-length double wishbone suspension front and rear.

Ford built the concept to serve as a demonstrator for new technologies, both when it comes to electric powertrains, as well as connectivity and other digital features that can benefit businesses. One that's practical is a release system for the side door that can be controlled via the infotainment system.

It isn't clear why Ford is testing the Pro Electric Supervan on the 'Ring. It could be that the automaker is testing new powertrain technology, or it may be Ford is preparing to post an official lap time.