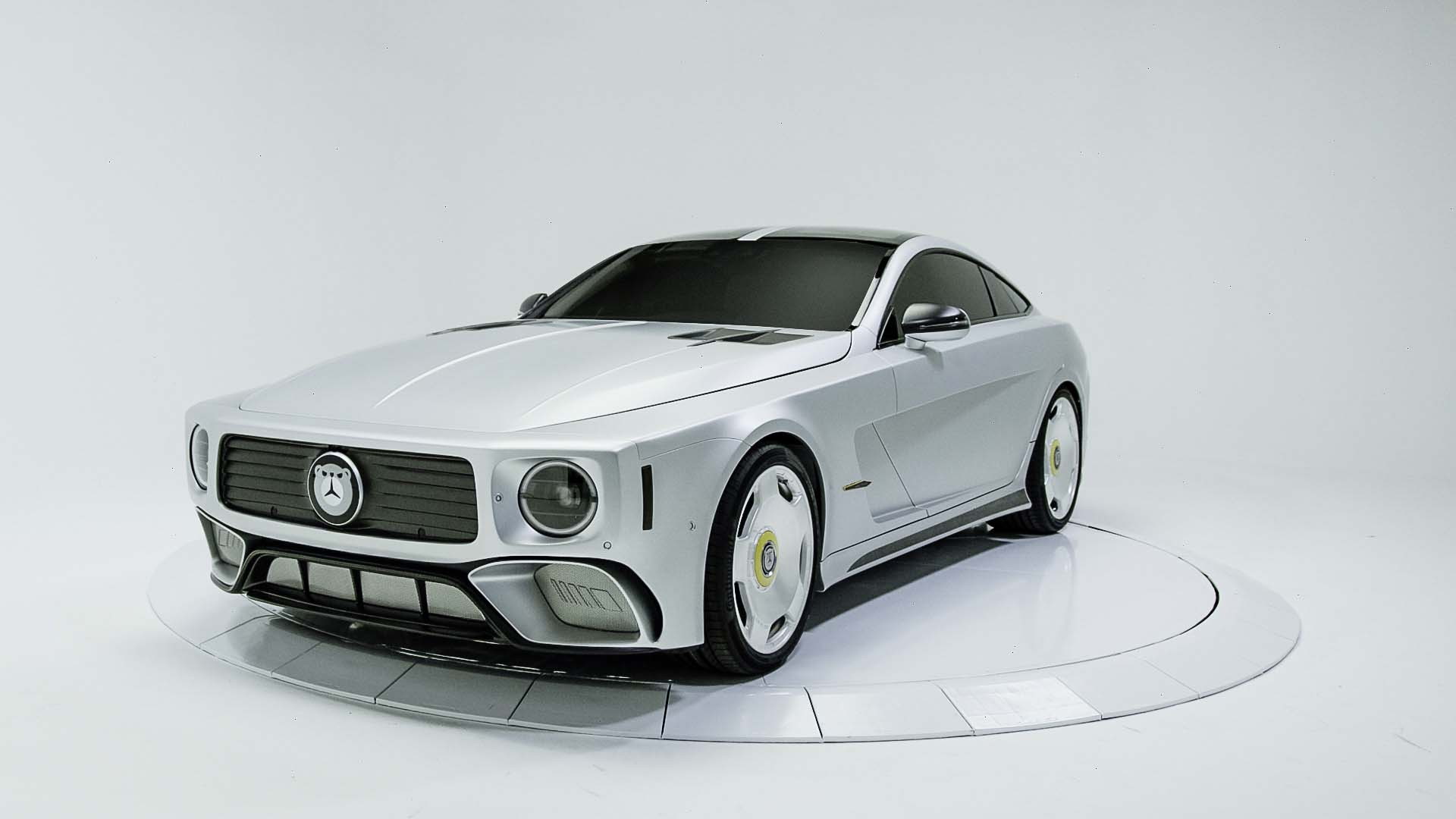 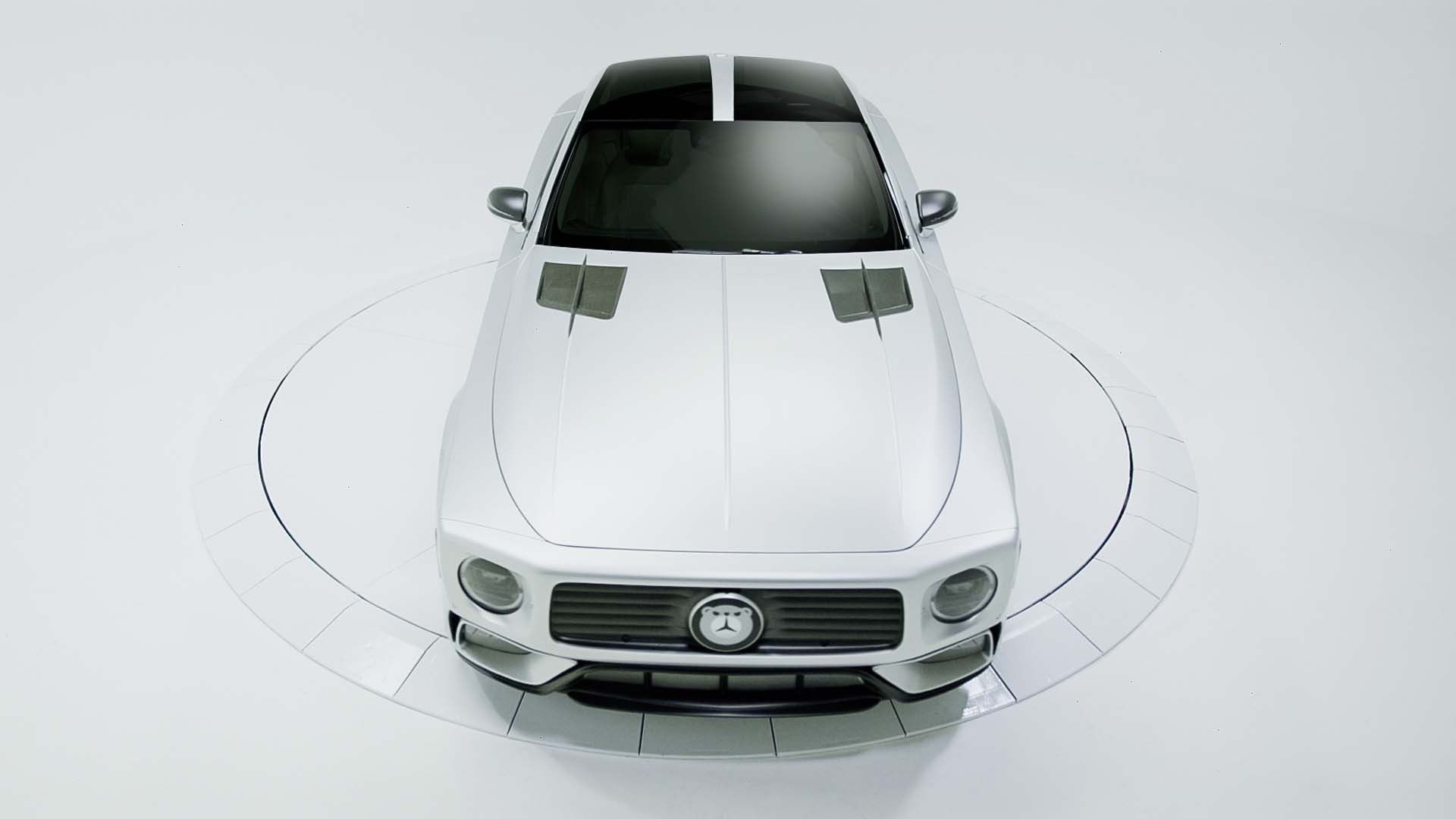 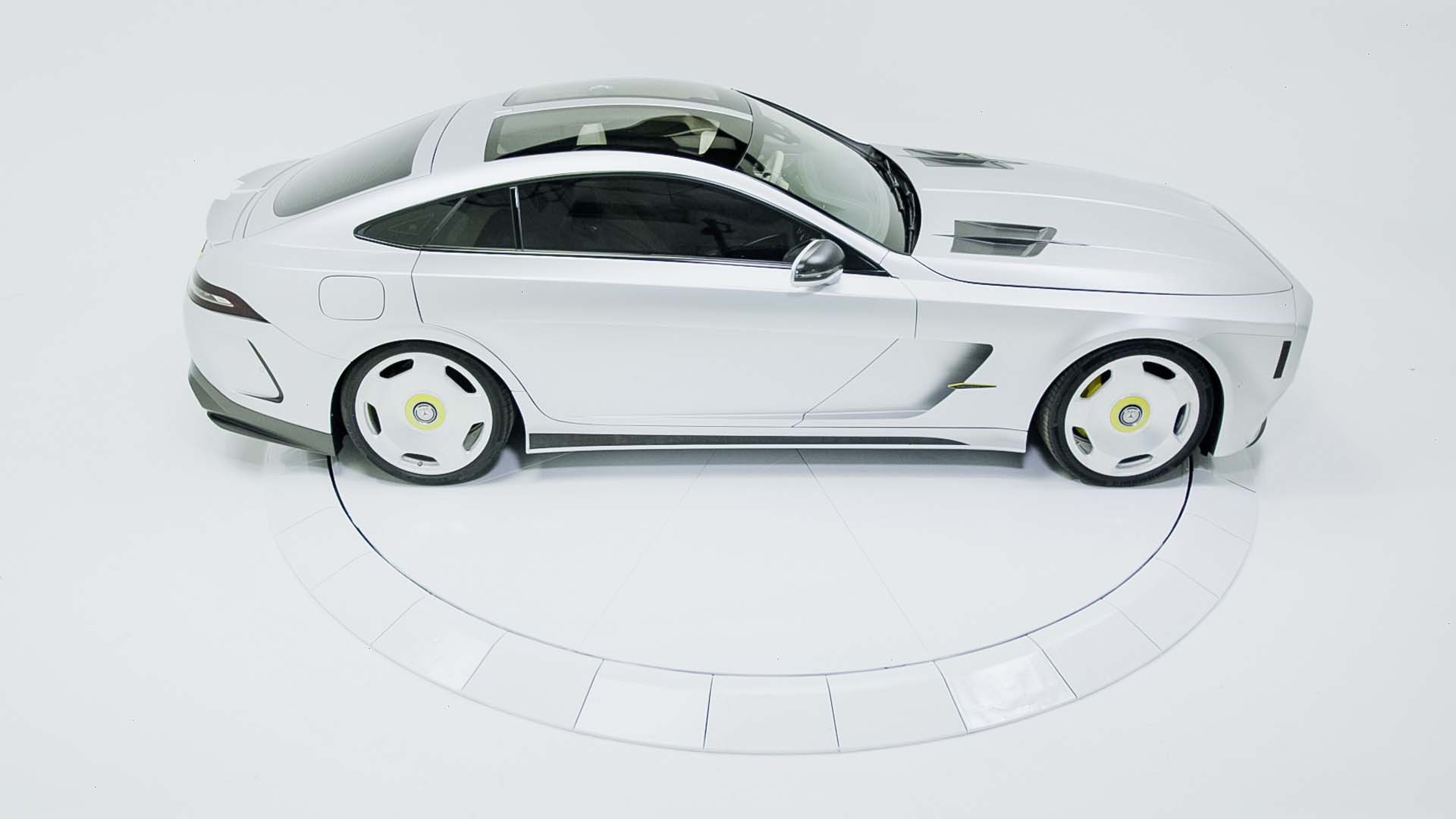 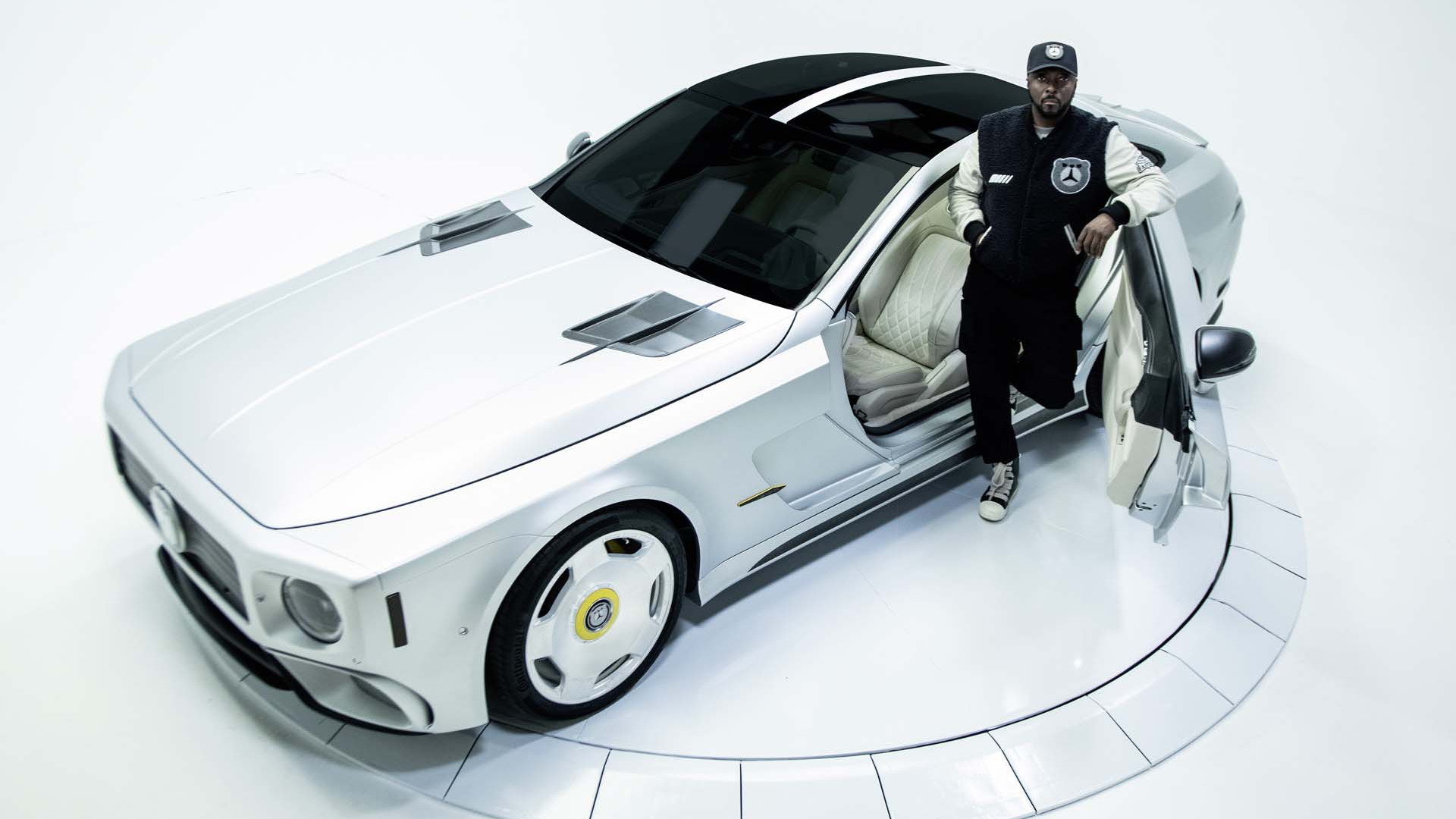 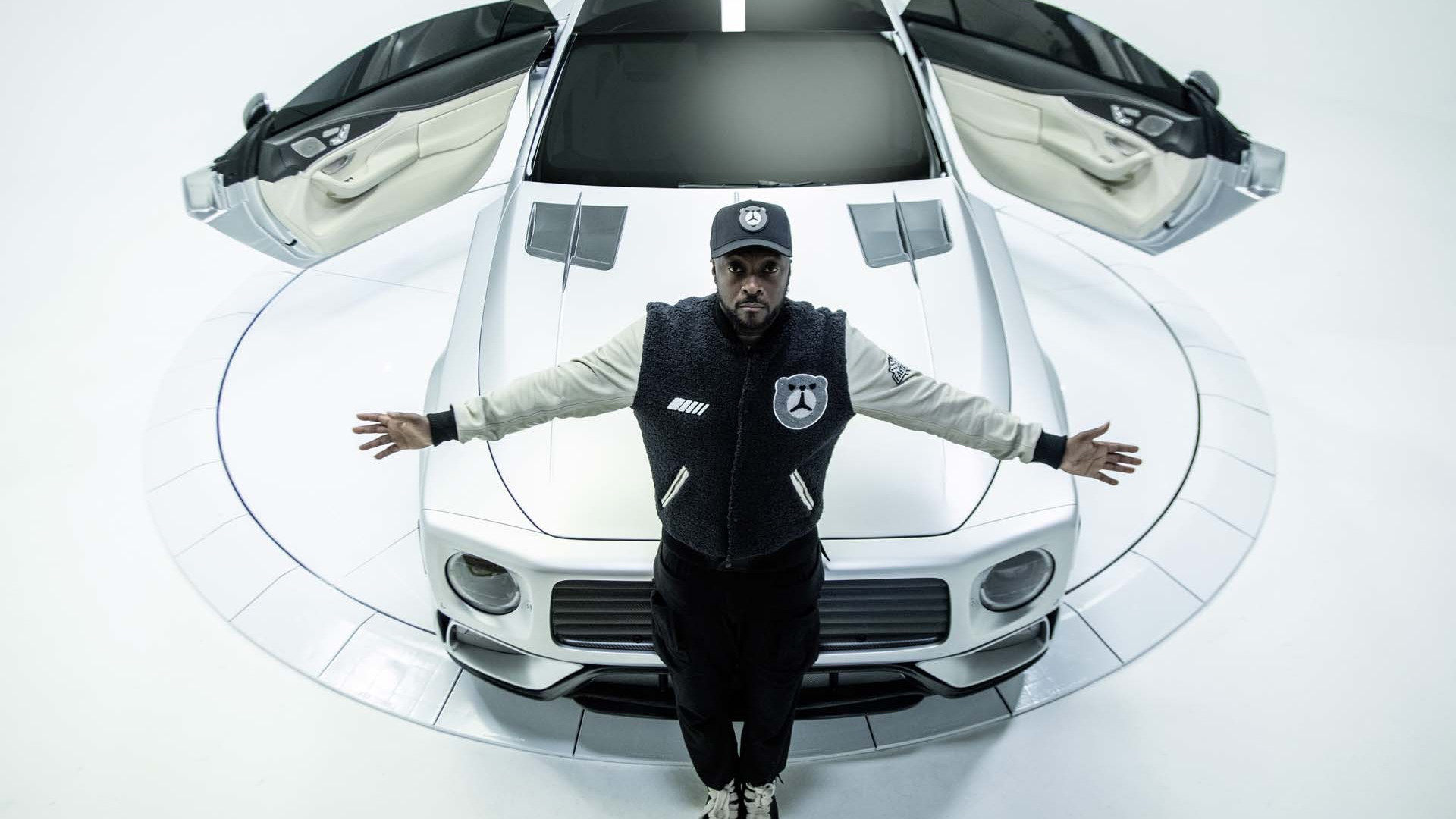 Behold the Will.i.AMG, a one-off car developed by Will.i.am in partnership with Mercedes-Benz AMG.

The actor and singer is actually a brand ambassador for AMG's new electrified lineup, starting with the 2023 GT 63S E Performance 4-Door Coupe, so it's no surprise that the GT 4-Door Coupe is actually the basis for the custom ride.

You'll notice there are only two large doors, though. These are rear-opening coach doors complete with deep troughs on the exterior mimicking the design used on the SLS AMG. Another AMG, the boxy G 63, inspired the face of the vehicle, and in an interesting twist the Mercedes three-pointed star logo forms the mouth of a bear's face serving as the vehicle's badge. It's called the Bear Witness.

There haven't been any changes made to the powertrain. In a statement, Will.i.am said he didn't touch the engine, because in his opinion AMG makes “the best engines.” There's been no mention of which GT 4-Door Coupe model was the basis of the car, but if it's the new GT 63S E Performance 4-Door Coupe plug-in hybrid, you're looking at 843 hp on tap. A six-part documentary detailing the build may provide more details. Called “Drive,” the series will make its premiere during the 2022 Cannes Film Festival later this month. 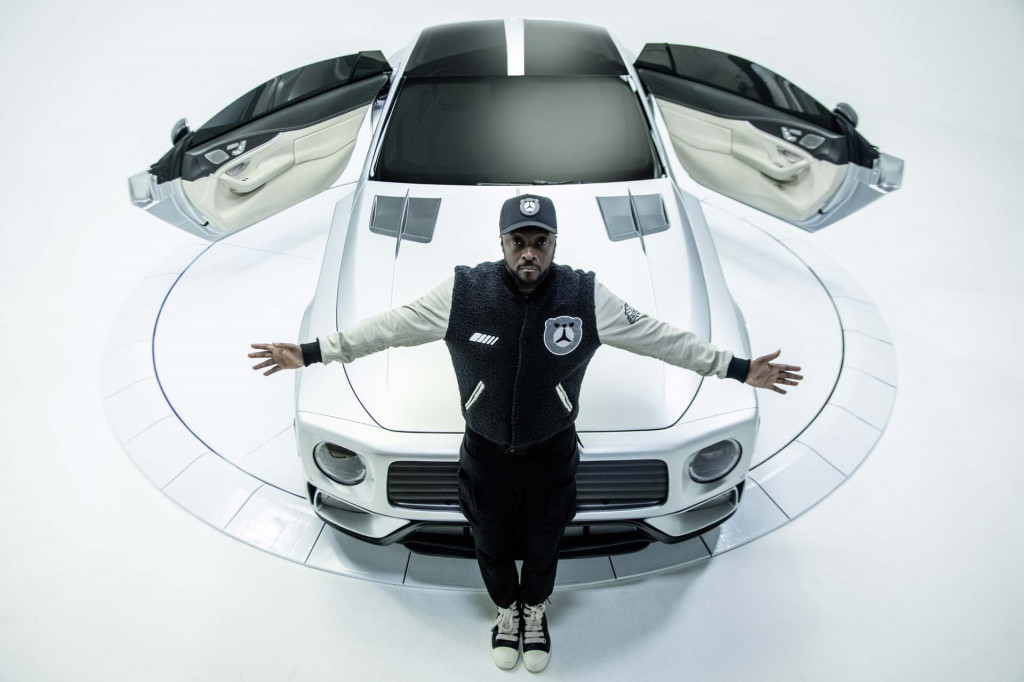 Will.i.am has crafted, or at least been involved in the crafting of, several similar project cars in the past. These have included custom versions of the DeLorean DMC-12, C1 Chevrolet Corvette, and an original Volkswagen Beetle (shown in above video).

His cars are certainly an acquired taste, but they're often for a good cause. Some of his cars were created by his I.am.auto initiative which was established to help inspire children to gain an interest in technical areas of study, such as those required to develop a car. It's something Will.i.am still supports as all activities surrounding the Will.i.AMG will go to benefit Will.i.am's i.am/Angel Foundation in its support of promoting STEM subjects, especially in inner-city schools.