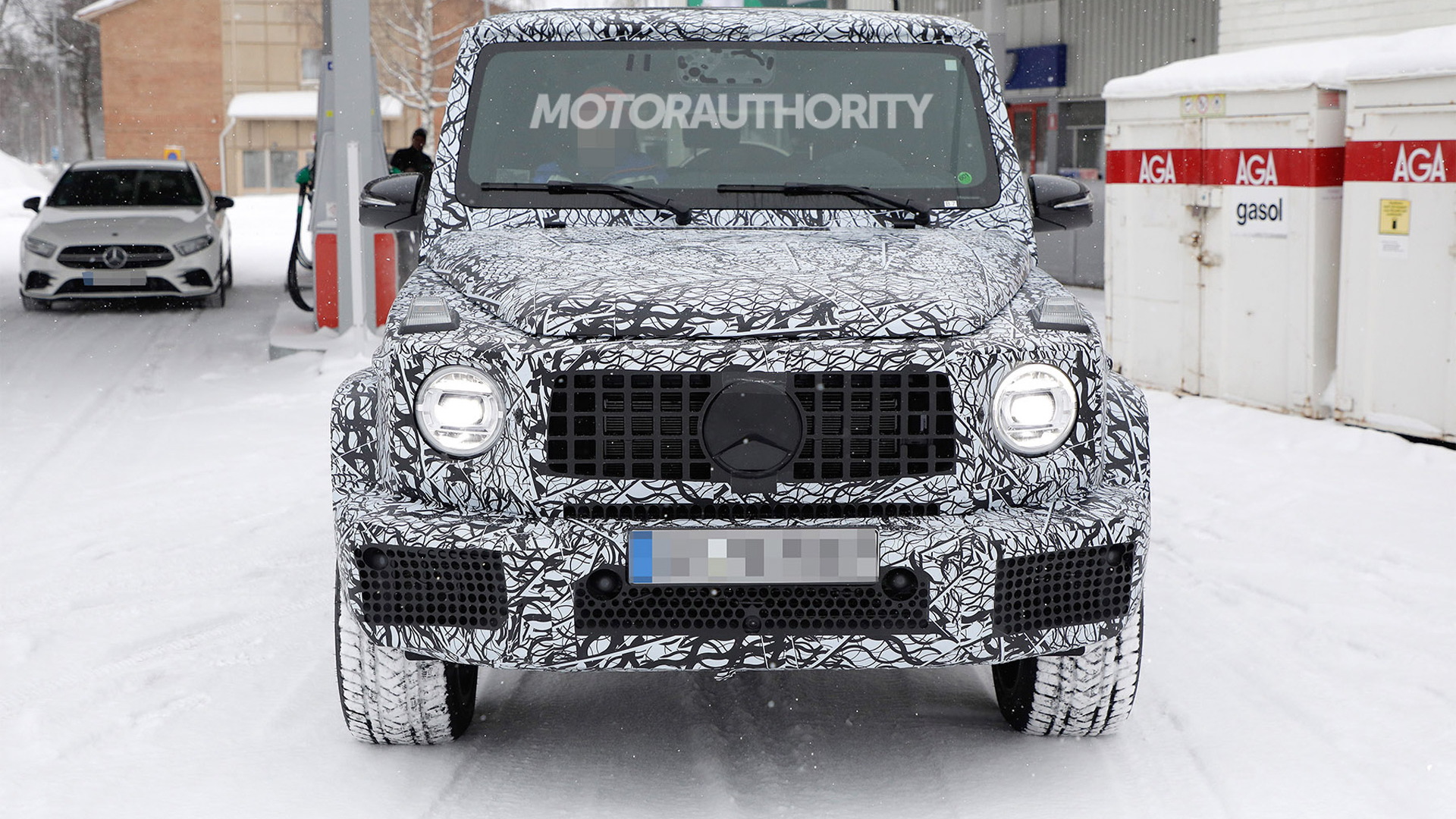 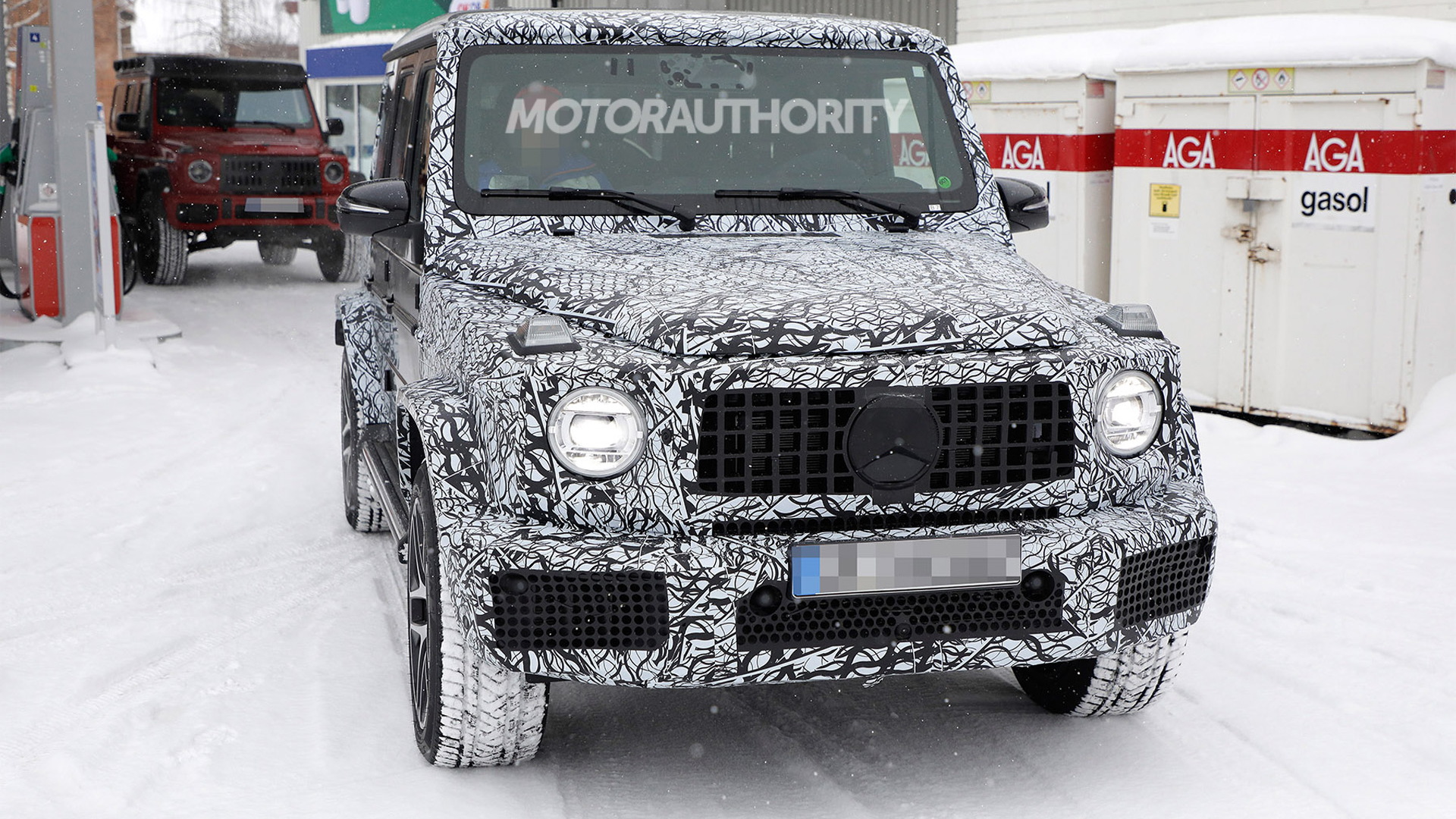 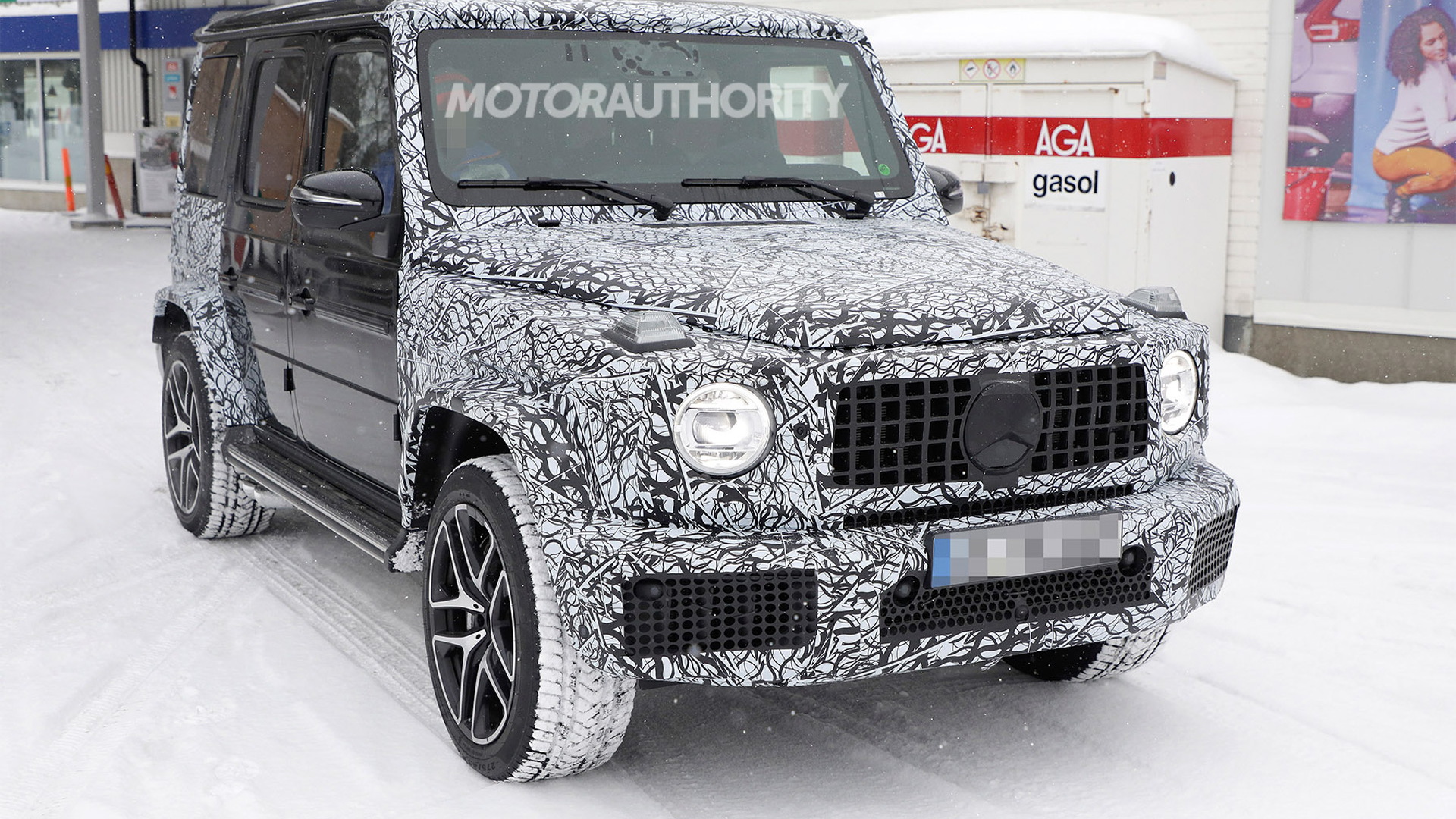 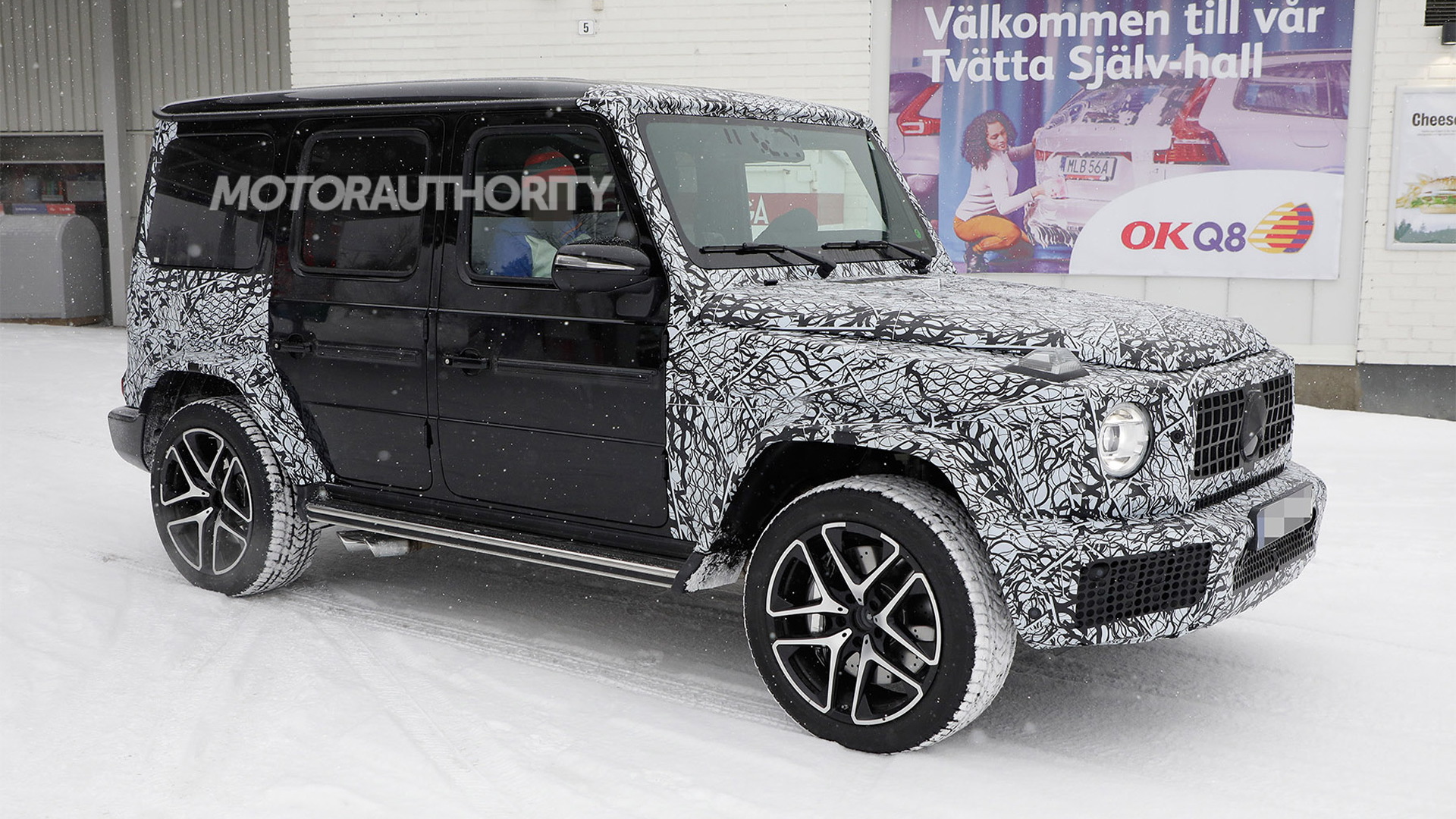 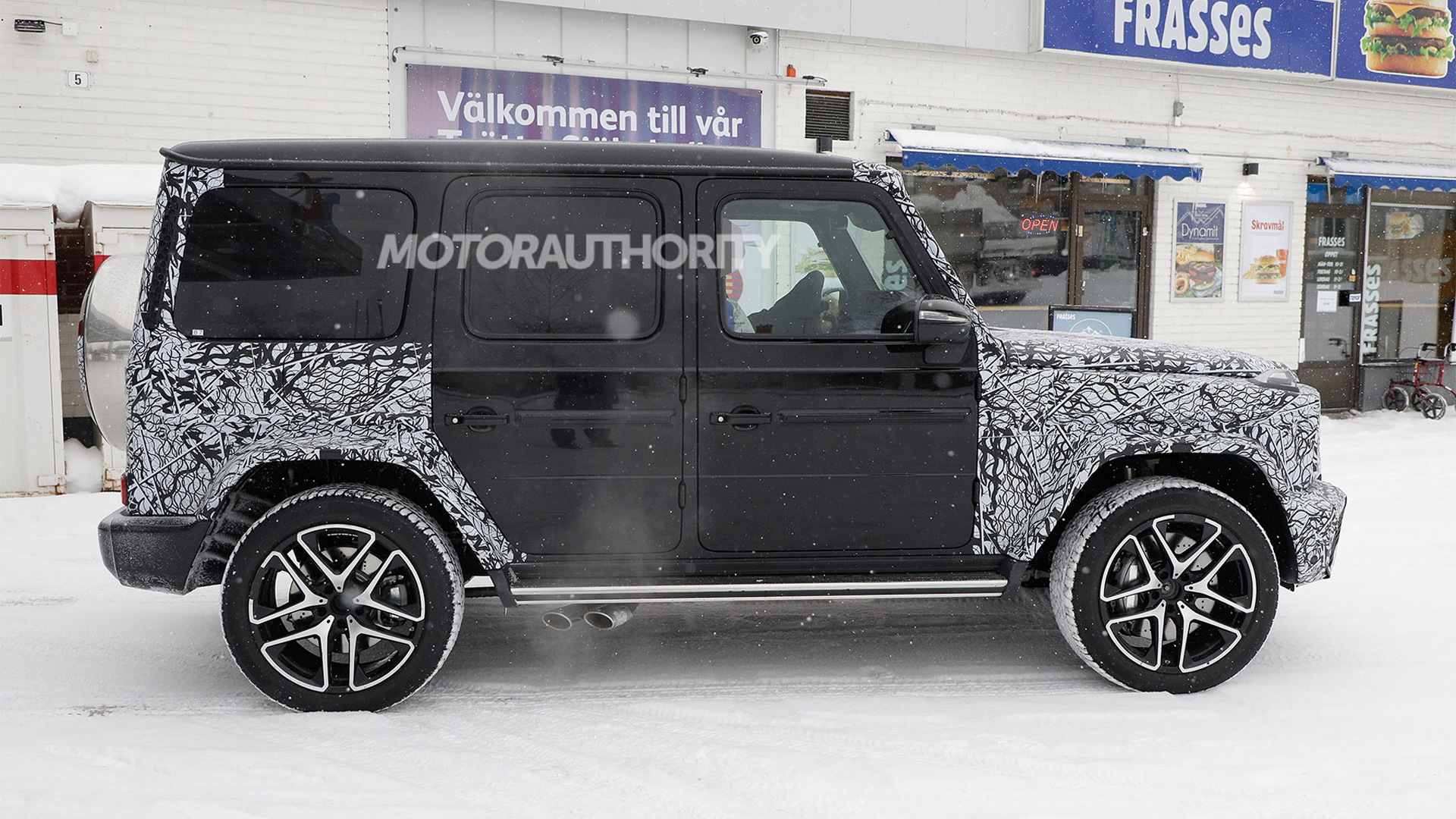 The original Mercedes-Benz G-Class stuck around for four decades and was given multiple updates over the years to keep it fresh. We're not sure how long Mercedes plans to keep the current G-Class on the shelf before giving it a redesign, but it looks like the automaker will at least give the vehicle periodic updates in similar fashion to its predecessor.

We've already spotted prototypes for an updated version of the standard G-Class, and now we have spy shots depicting a tester for the updated G63 from AMG. Both G-Class versions are expected to debut later this year as 2023 models, and prototypes for both are also featured in the video below.

Mercedes is also out testing a high-riding 4x4 Squared option for the second-generation G-Class, which we will likely see introduced together with this update.

Judging by the camouflage gear on the G63 prototype, we'll likely see a revised fascia introduced up front. And while the general shape of the grille should remain unchanged, a new mesh pattern is expected.

We're told that the dash was also covered up, suggesting some changes inside as well. A key update inside should be the addition of Mercedes' MBUX infotainment system, which features in every current Mercedes bar the G-Class.

A more likely bet is the addition of the mild-hybrid system already offered with the 4.0-liter V-8 in some Mercedes models. The system features an electric motor capable of adding a temporary boost of 21 hp and 184 lb-ft. An electric powertrain is planned for the G-Class, though it won't arrive until 2024.