The calendar for the 2022 Formula One World Championship has been revealed, and it contains a record 23 rounds. That's one up on this year's 22 rounds which itself is a record.

The new season will see the first in what will eventually be a series of F1 races held in Miami, Florida, with tickets for the 2022 Miami Grand Prix on sale this fall. It will be the first F1 race in Florida since 1959.

A semi-permanent circuit is under construction at the site of Hard Rock Stadium, home to the Miami Dolphins NFL franchise. The track layout will stretch 3.36 miles and comprise 19 corners, plus a start-finish straight running parallel to the north side of the stadium. There will be three potential DRS zones and top speeds should reach close to 200 mph. 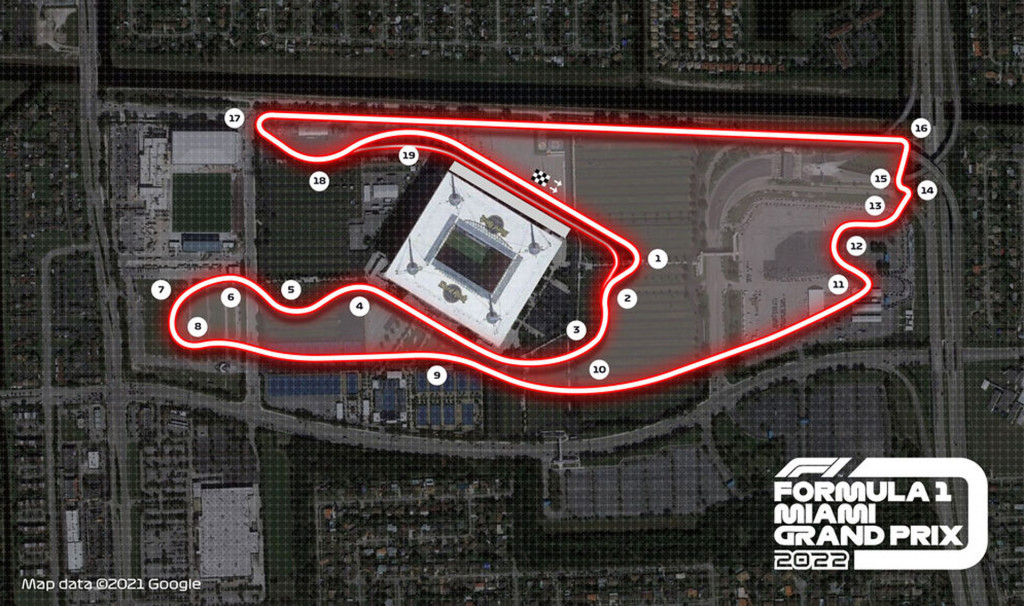 Organizers of the Miami race have signed a 10-year deal with F1, though there aren't plans to drop the existing United States Grand Prix which will remain at the Circuit of the Americas in Austin, Texas. F1 CEO Stefano Domenicali has said the U.S. is a key growth market for F1. There are even rumors of Andretti Autosport looking to form a second U.S. team alongside Haas.

The 2022 season will also see most of the races canceled for 2021 make a return, such as the Australian, Canadian, Japanese and Singapore grands prix. The Chinese Grand Prix didn't make the cut, though, due to Covid-19 restrictions. While it's set to return in the future, a special Emilia Romagna race at Italy's Imola will fill in next season.