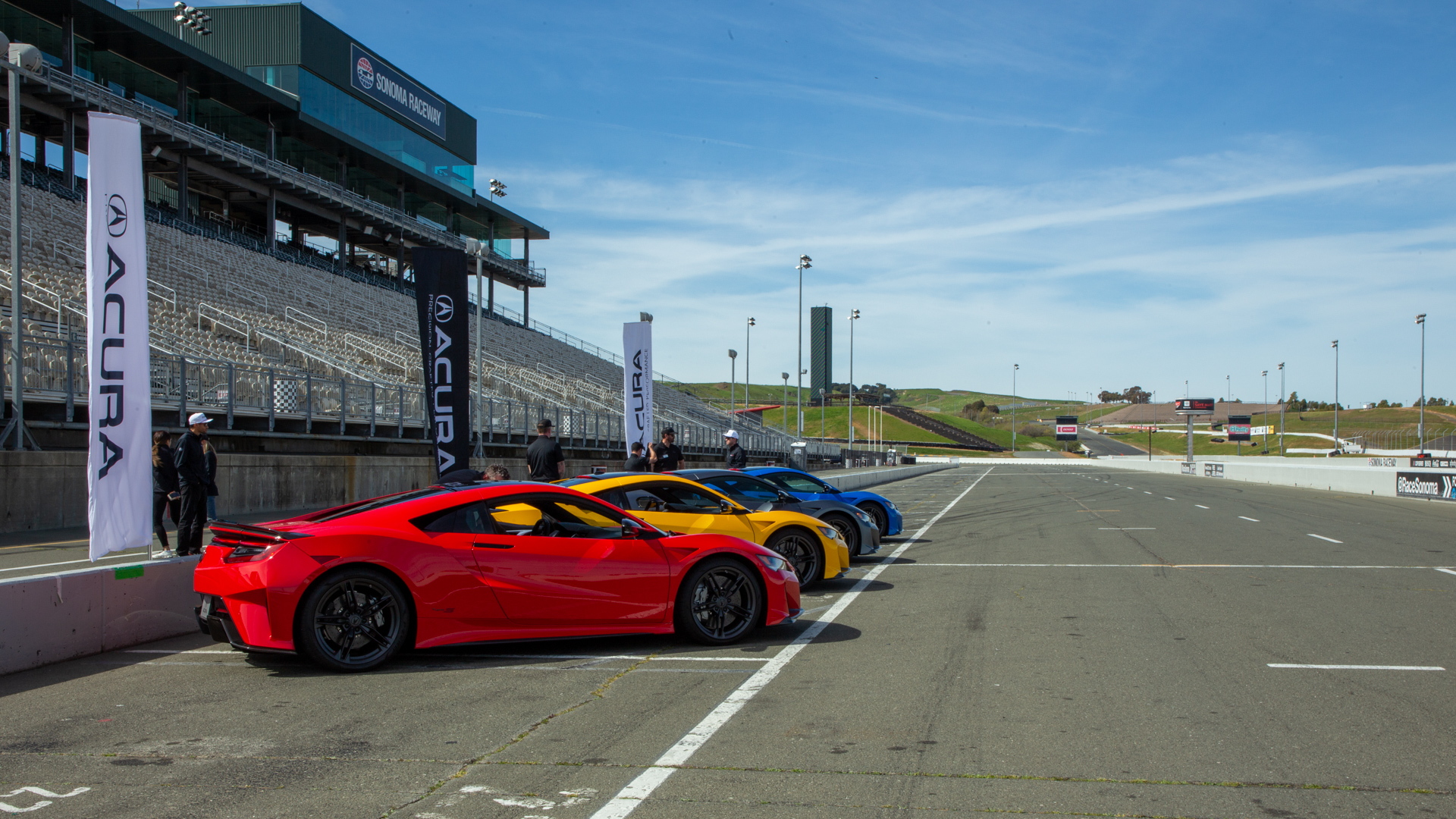 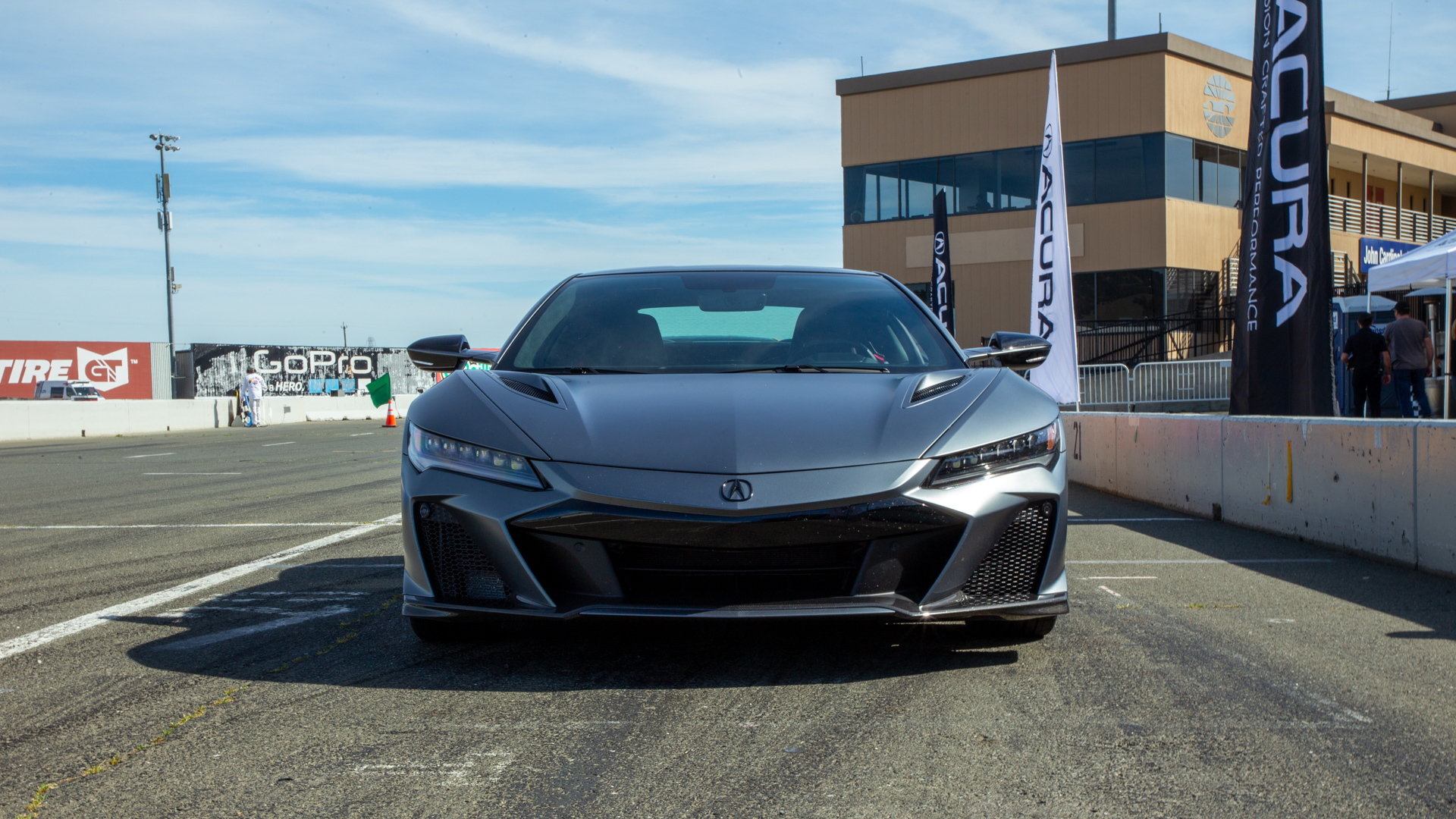 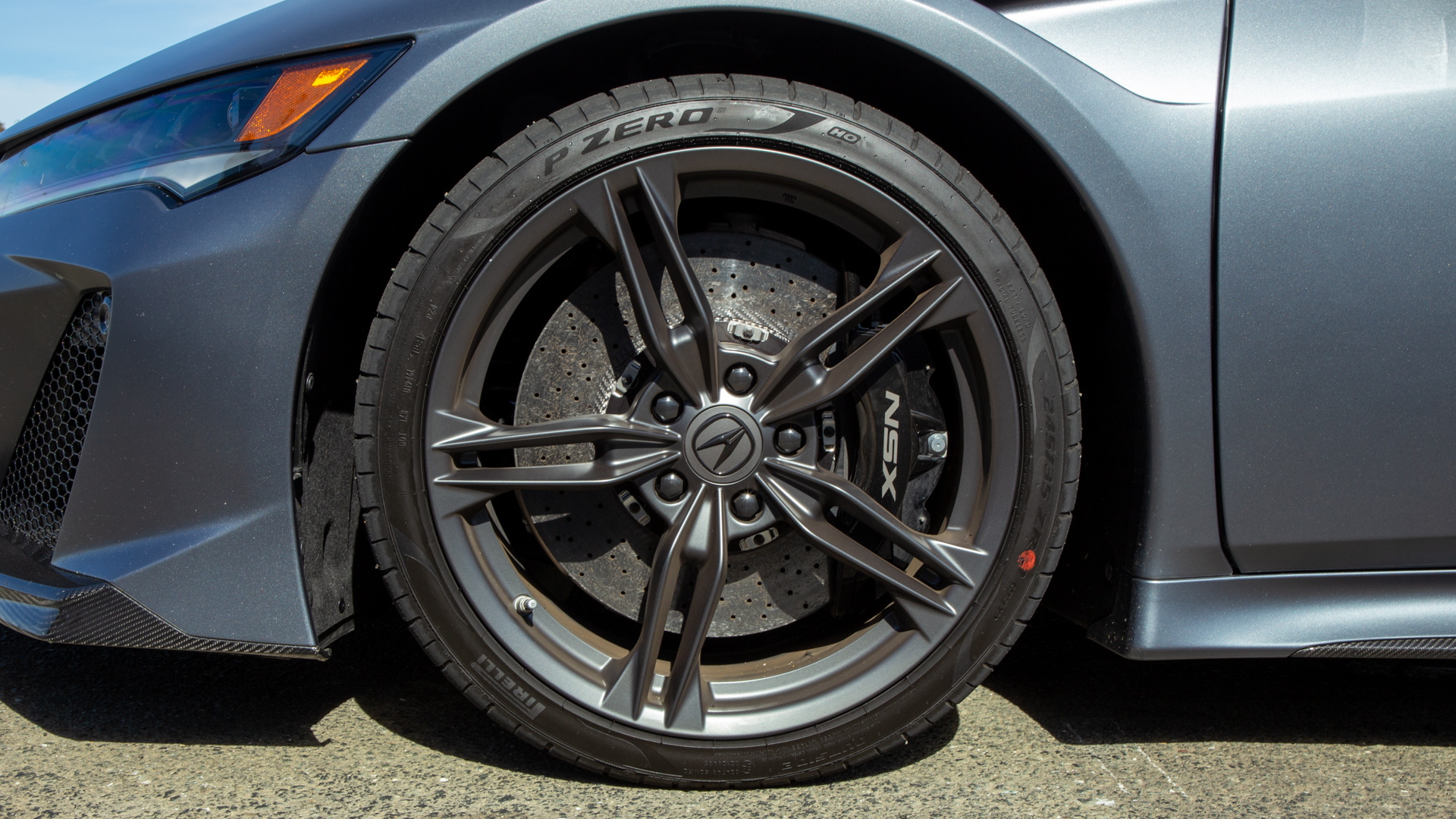 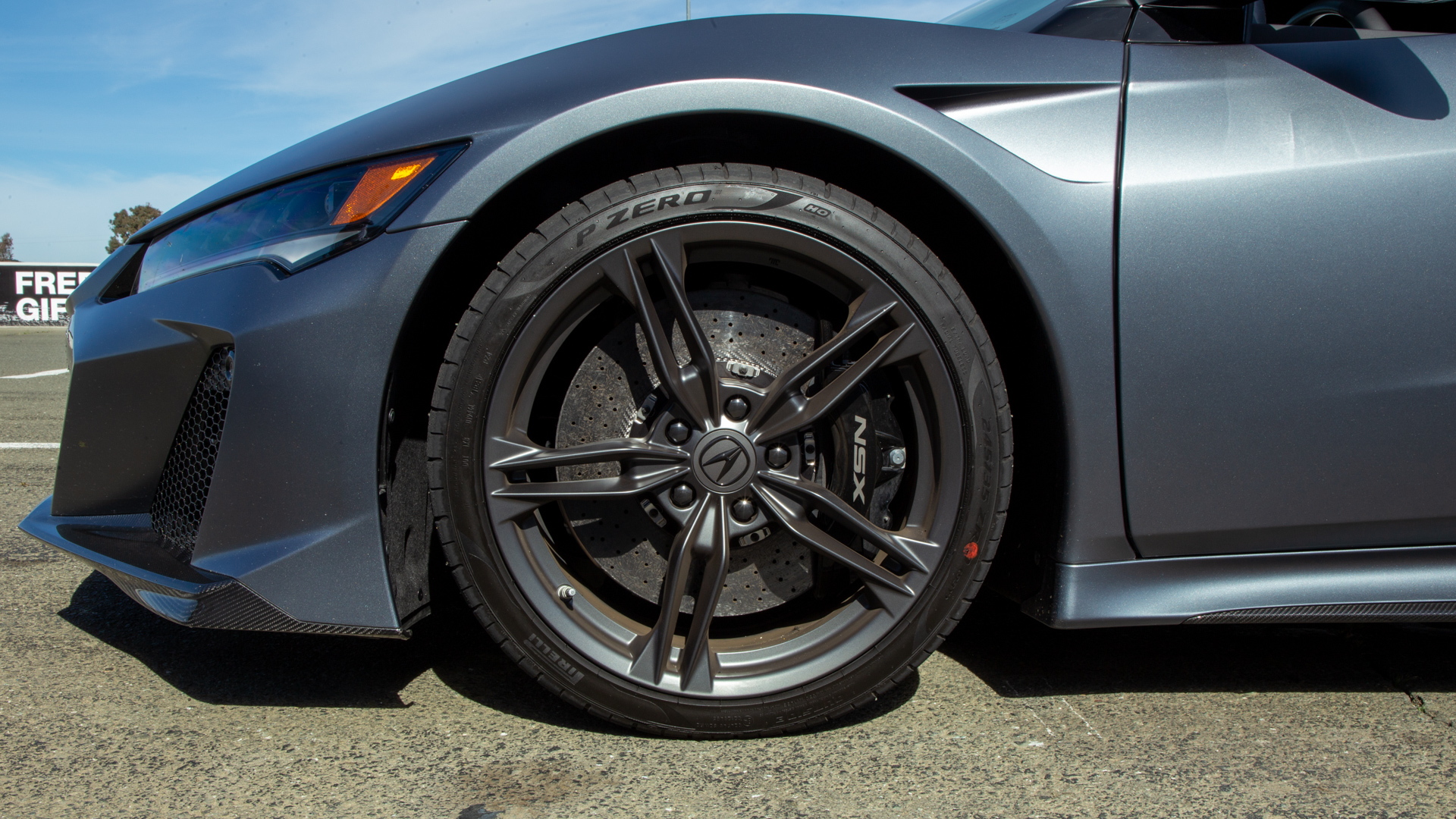 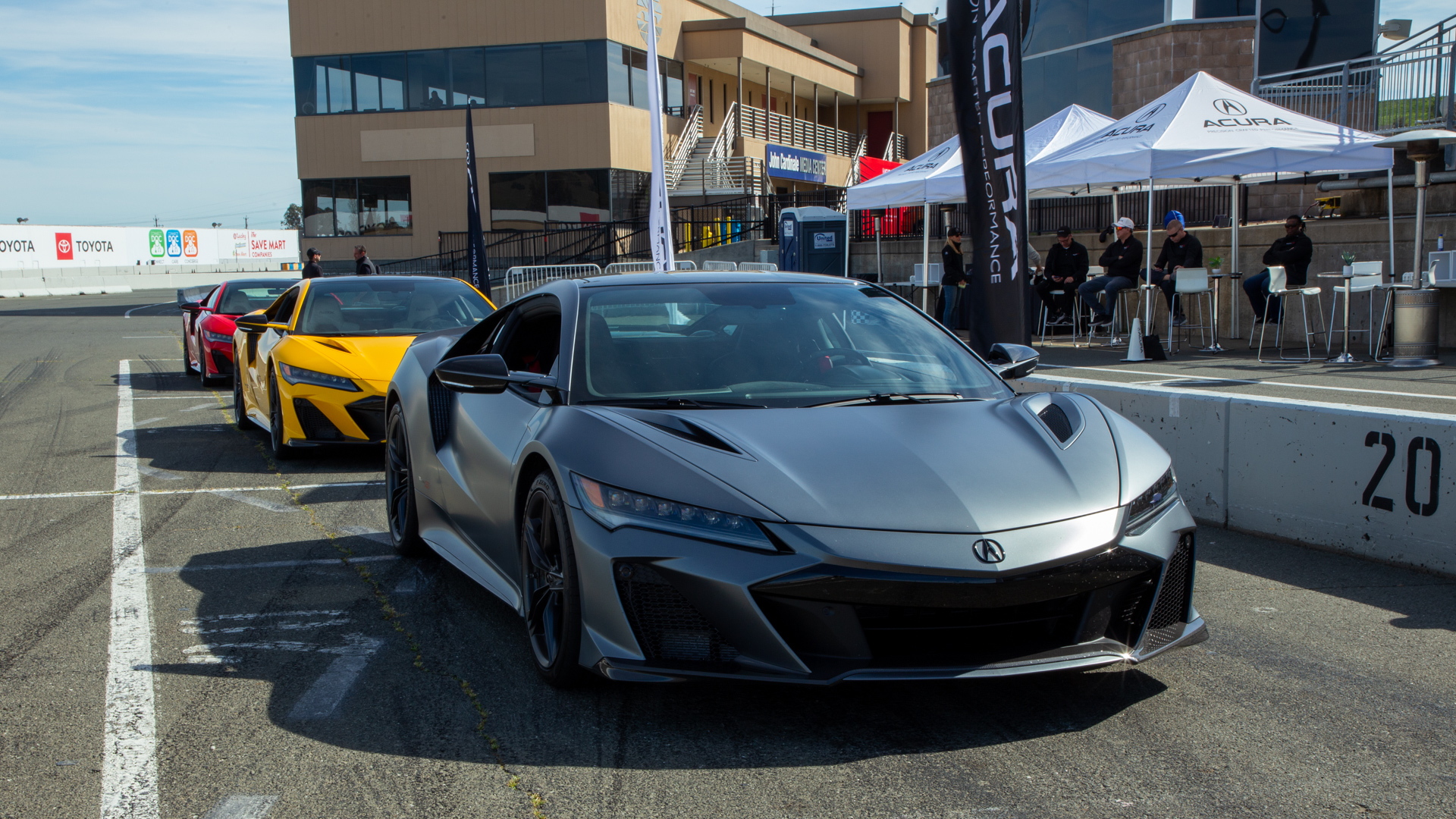 It feels not so long ago that the NSX made a nostalgia soaked return, but Acura’s hybrid supercar is once again headed for the automotive graveyard in the sky after the 2022 model year.

But it’s not going out quietly (unless you’re traveling under battery power at low speeds), as every 2022 model will be a Type S and unlike the first generation NSX Type S, it won’t be exclusive to Japan.

I spent an afternoon at Sonoma Raceway, just north of San Francisco, for a quick session of hot laps behind the wheel of the NSX Type S to see what the updates have done for a car that was already fast and precise.

The hybrid’s gas engine gets an upgrade, with the twin-turbo 3.5-liter V-6 adding new fuel injectors, intercoolers, and cribbing the turbochargers from the NSX GT3 Evo race car. That increases boost pressure from 15.2 psi to 16.1 psi, helping to bump up the gas engine’s output to 520 hp and 443 lb-ft of torque, increases of 20 hp and 37 lb-ft respectively. Tack on the output from the three electric motors and total power now hits an even 600 hp and 492 lb-ft of torque.

Acura says the gear ratio has been lowered in the two electric motors attached to the front wheels by 20 percent, to 8.05:1, in an effort to increase off-the-line torque. The computers that power the electric motors have also been recalibrated to increase both performance and range by using the battery more efficiently.

The 9-speed dual-clutch automatic returns with a new Rapid Downshift Mode that allows the driver to downshift multiple gears at once instead of clicking through them. With the car in Sport, Sport+, or Track mode, if you hold the downshift paddle for 0.6 second it will automatically grab the lowest possible gear. Sport+ mode has also been retuned to downshift almost immediately after braking, while the redline in Track mode has been increased by 1,500 rpm for earlier downshifts.

Beyond the Type S badging, there are some cosmetic enhancements as well. The nose gets a quasi-Lamborghini treatment with more angular lower air intakes that have been enlarged to increase cooling. At the back, the diffuser is more prominent. Acura installs new five-spoke wheels  with more negative offset, helping to widen the front and rear tracks. Pirelli P-Zero tires are fitted and have an “H0” designation, meaning they were specifically designed for the NSX and provide 6% more grip, according to Acura.

Though my session only consisted of a handful of laps around Sonoma, that was enough time to recognize that the Type S has only enhanced the NSX’s positive attributes. It still feels like an NSX, but with more of everything: more balance, more power, and more fun.

From the cabin, the engine noise is louder and crescendos appealingly when opened full bore. Three sections of Sonoma allowed me to open the NSX Type S nearly flat out for a sustained period, and each time the wail and faster acceleration put a smile on my face.

Sonoma has a tricky downhill carousel turn that feeds one of those straightaways. Rear-wheel drive cars can find trouble here if the driver gets on the gas too early as the turn’s banking starts to fall away. It’s not a problem in the NSX as its mid-engine balance keeps it delightfully neutral and the electric motors at the front help yank the car down into the apex. The all-wheel-drive system also allows the power with confidence, earlier than you could in a RWD vehicle. This allowed me to head into the straight with plenty of momentum.

The rapid downshift function takes some time to get used to. The 0.6 second lead-in time adds another thing to think about, as you have to grab for the gear a beat earlier than you normally would. I tried it a couple times, before realizing I wouldn’t nail it in such a short session and just got back to enjoying the car as much as possible. In its more aggressive modes, the transmission also does a good job of downshifting during deceleration so I don’t feel like I missed out on too much.

Even though the session was short, I did enjoy the NSX Type S greatly. So much that it made me sad all over again that we have to say goodbye to it once more. Jon Ikeda, Acura vice president and brand officer, has stated previously that “the first-gen was gas. Second-gen was a hybrid. There's gonna be another one.” That makes it sound like the next NSX will be fully electric (though Acura wouldn’t say that on the record), and if it’s anywhere near as good as the hybrid NSX, we have nothing to worry about.

If you find all of this intriguing and would like to grab an NSX Type S for your garage, you’re too late.  All 300 of the cars earmarked for the U.S. sold out on the first day orders were opened on Aug. 12, 2021, when the car debuted at California’s Monterey Car Week. The NSX Type S costs $171,495 (including $1,995 for destination), about $13,000 more than the 2021 NSX, and we’re guessing that finding an example for sale around that price on the used market will be nigh impossible.

Acura provided travel and track time for Motor Authority to bring you this firsthand drive report.