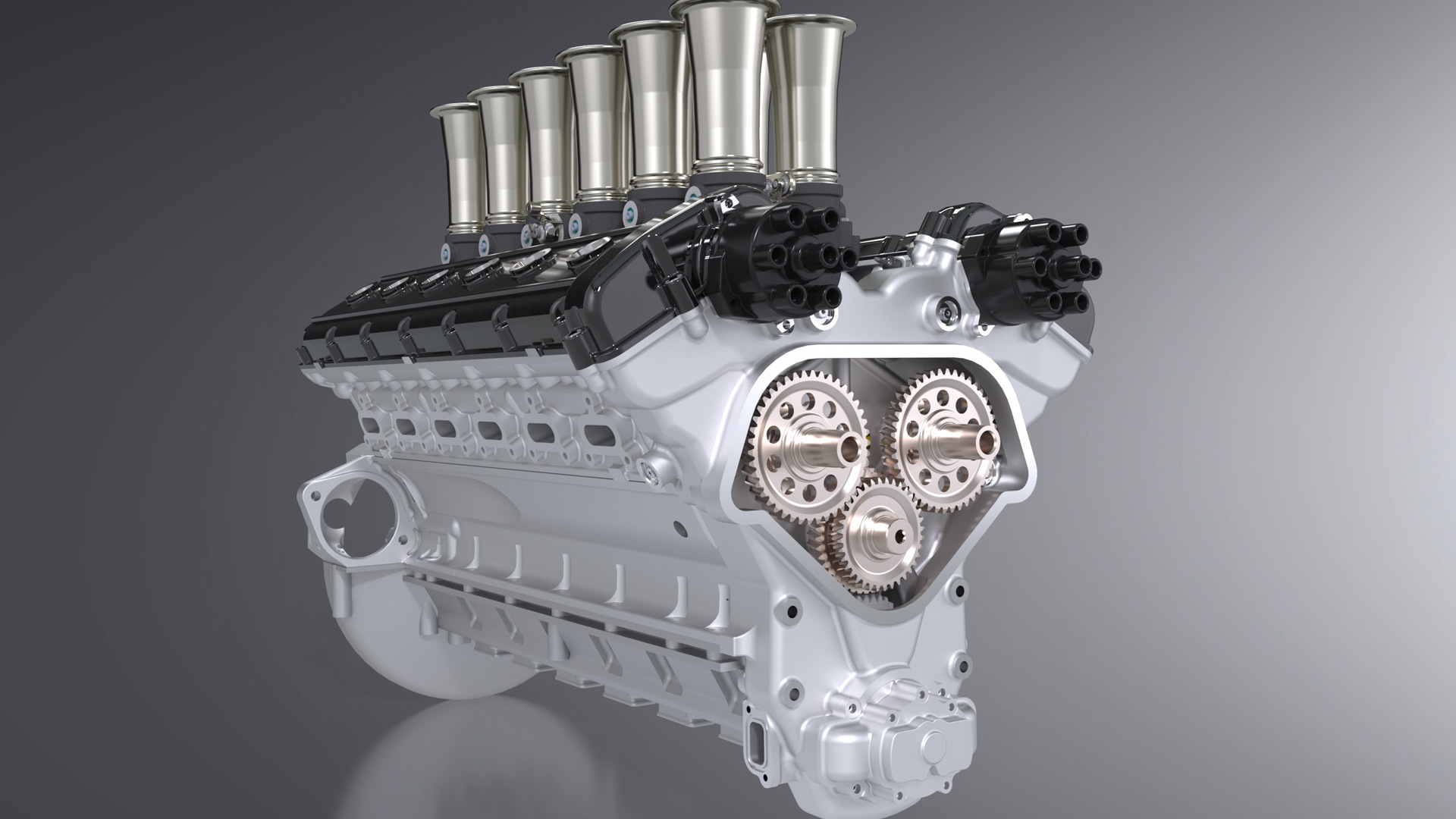 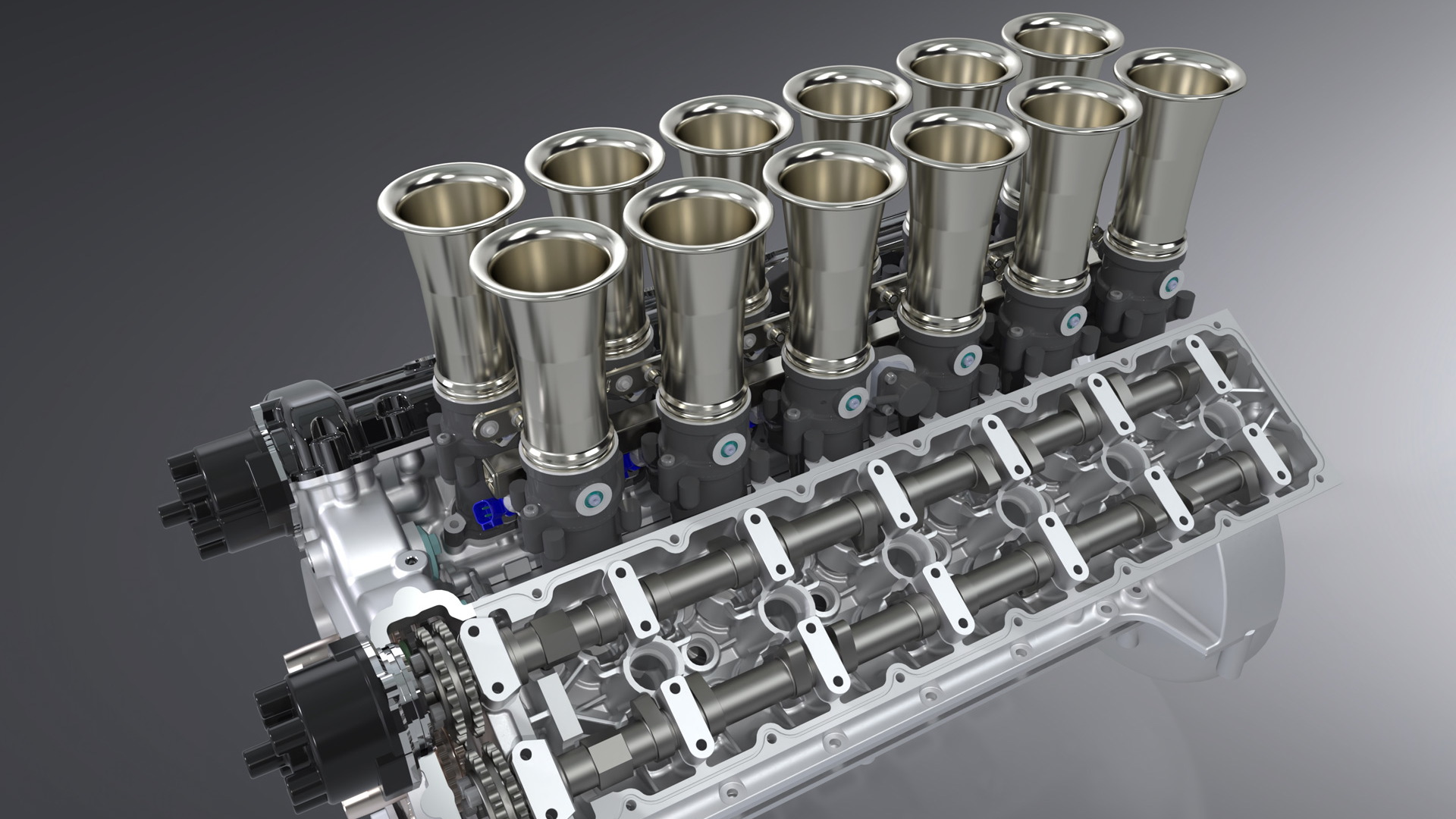 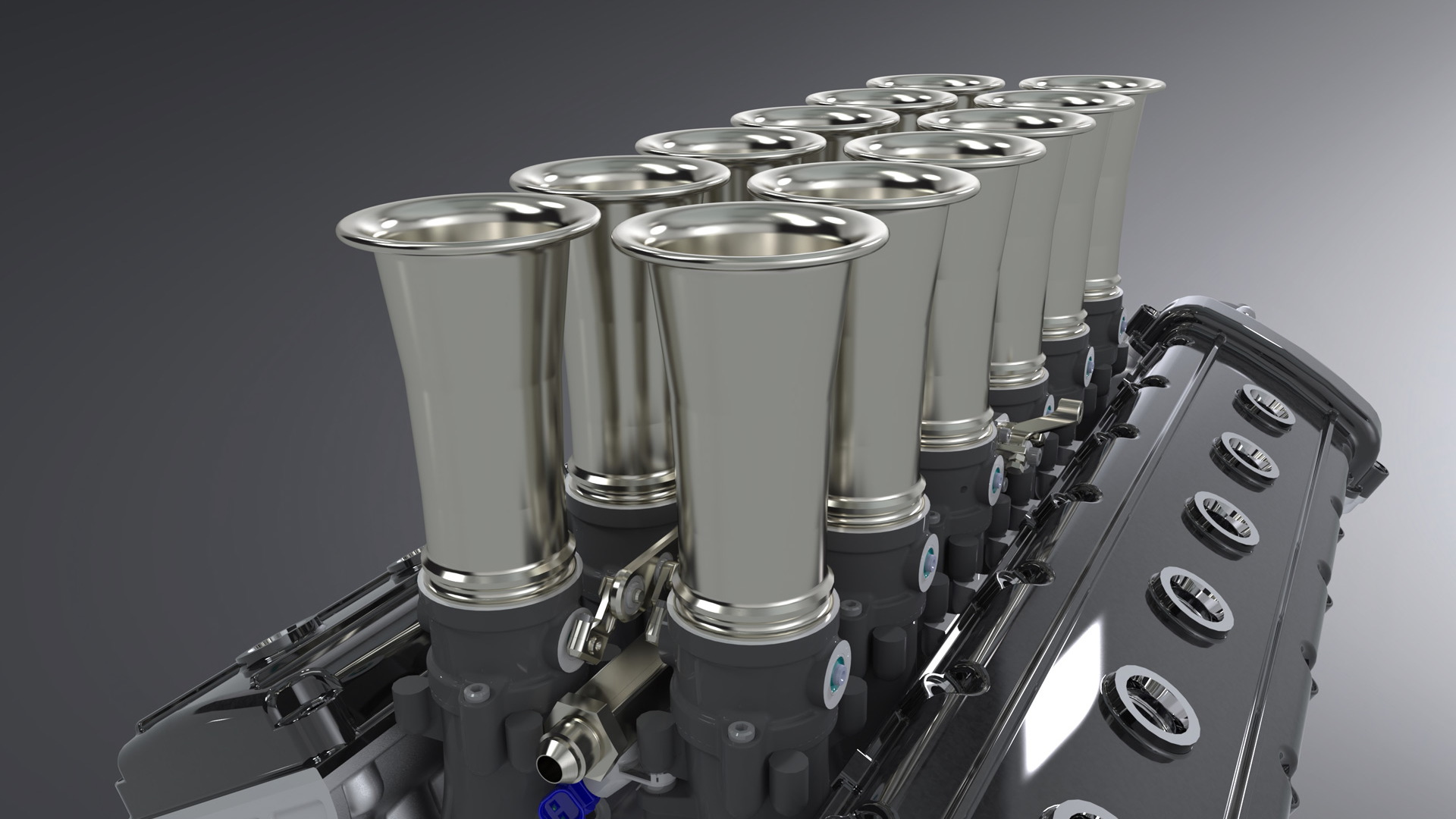 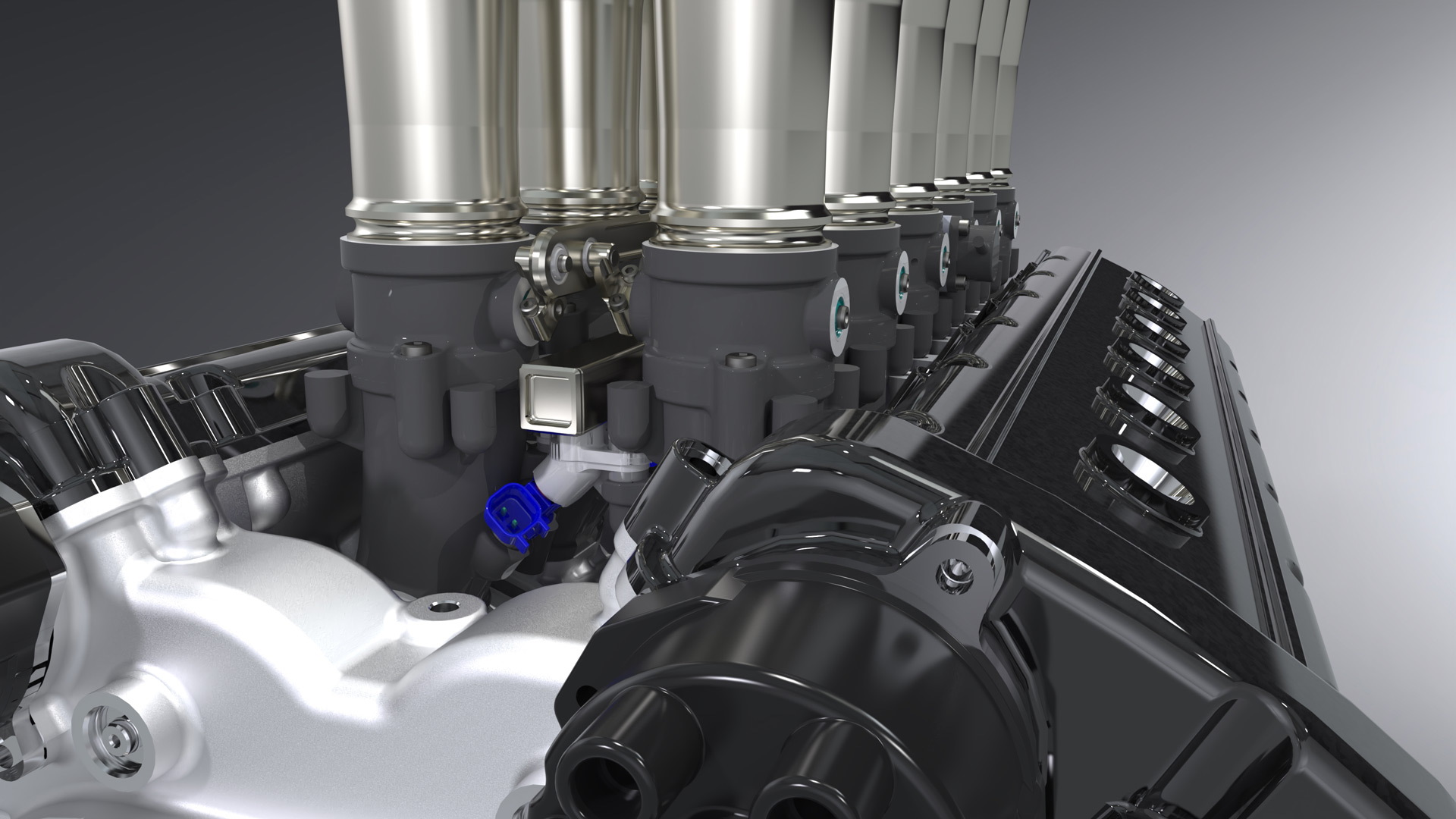 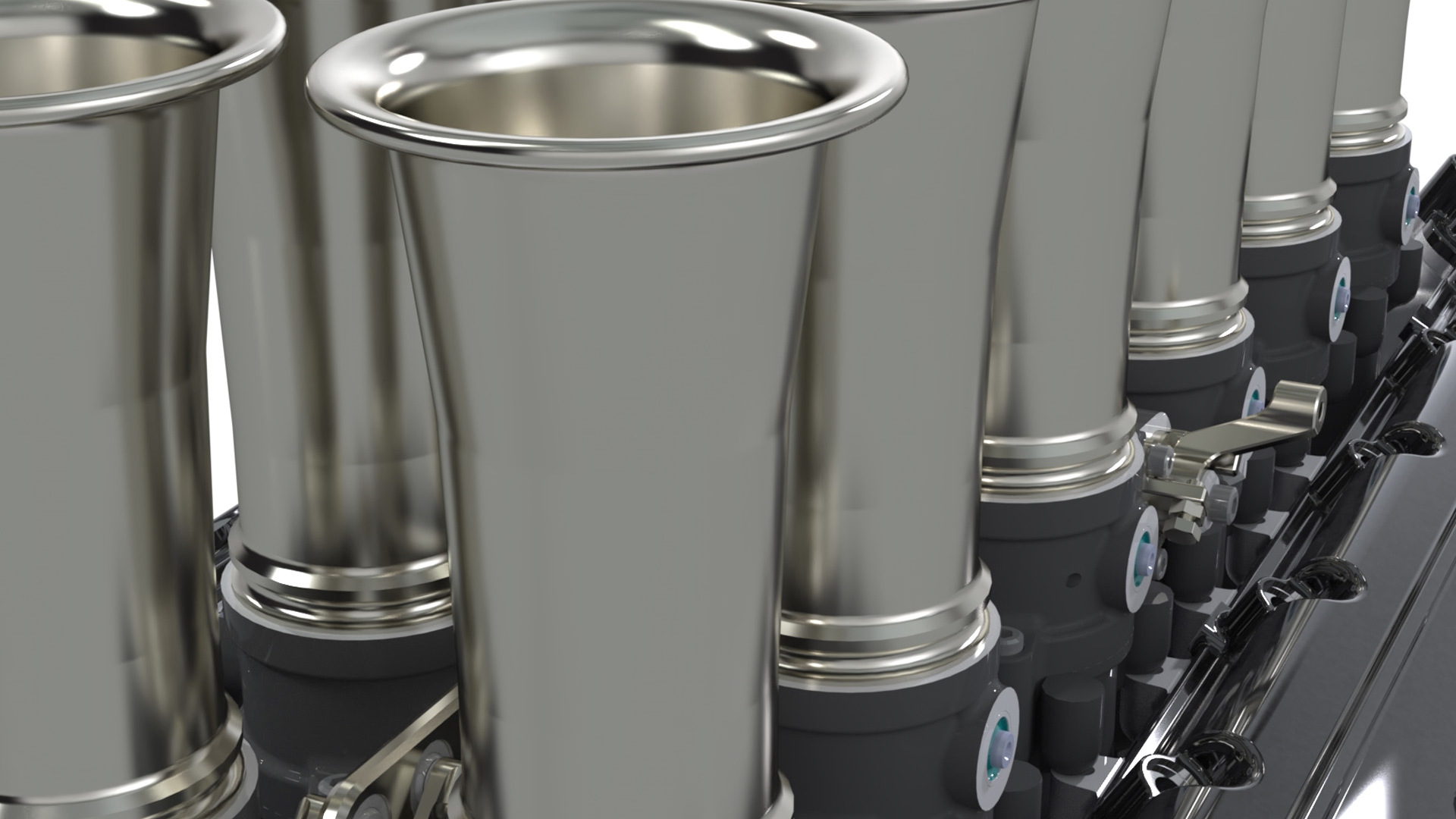 British company GTO Engineering has released the first details on the in-house developed V-12 engine that will power its upcoming Squalo sports car.

The Squalo has been styled to resemble a classic Ferrari, specifically the 250 GTO of the 1960s, but there's nothing classic about the hardware going into it. We're talking about carbon-fiber body panels, modern suspension and brakes, and a bespoke V-12 that will rev all the way up to 10,000 rpm—yes, higher than a modern Ferrari V-12.

The engine is a marvel on its own. It's still being developed so GTO Engineering is yet to lock in the final specs, but the company has said to expect an output of more than 460 hp and a weight of less than 364 pounds. The weight is crucial as GTO Engineering has a targeted dry weight for the Squalo of less than 2,200 pounds.

The V-12 features a quad-cam design and 4.0-liter displacement, and will be paired to a manual transmission. The key to the engine's ability to rev like a motorcycle engine is the use of lightweight parts built using modern materials and modern production techniques. The latter has enabled GTO Engineering to hollow out many parts. This same lightweight ethos also extends to the starter motor, flywheel and clutch.

The engine's designers also paid attention to packaging to ensure the V-12 is as tightly packed as possible. This is important for weight distribution. GTO Engineering targets a 55/45 front-to-rear weight distribution for the Squalo. The company also targets a low center of gravity and thus the engine will be mounted closer to the firewall and lower to the floor compared to early Ferraris.

Aesthetics have also played a role in the design of the V-12—just look at those trumpets. Specific measures have included remodelling of the front timing case and ancillary drives to make them sleeker, as well as avoiding off-the-shelf parts for items like the distributor caps and main bearing sump assembly in order to develop more aesthetically pleasing designs.

GTO Engineering is building the Squalo's first prototype chassis, with many parts now going into the tooling phase of production. The first customer examples of the car are due to start deliveries in 2023.

Interestingly, buyers have choice when it comes to sports cars inspired by classic Ferraris. Fellow British company RML Group only on Wednesday announced its own sports car with a design inspired by the Ferrari 250 GT SWB.