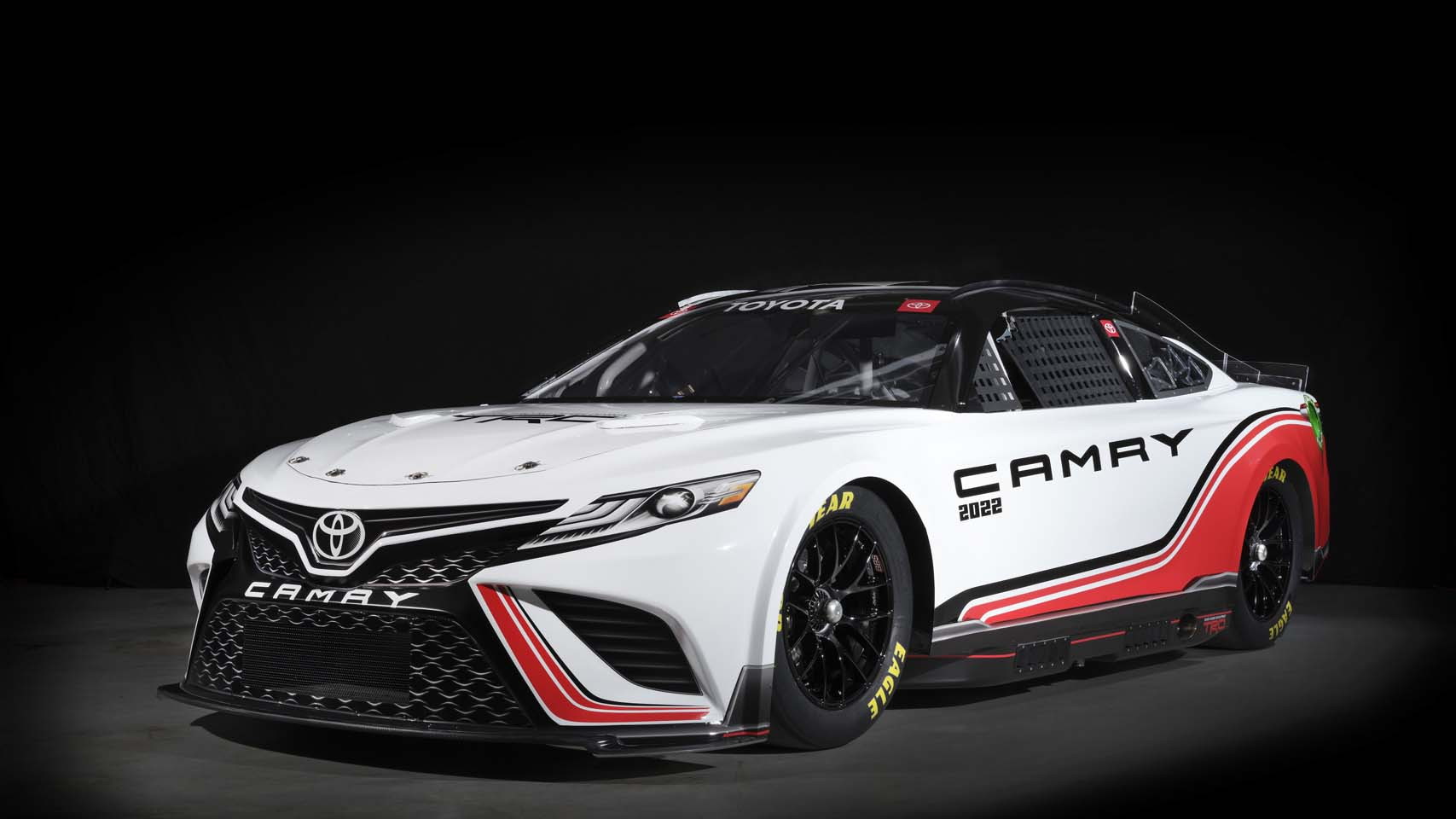 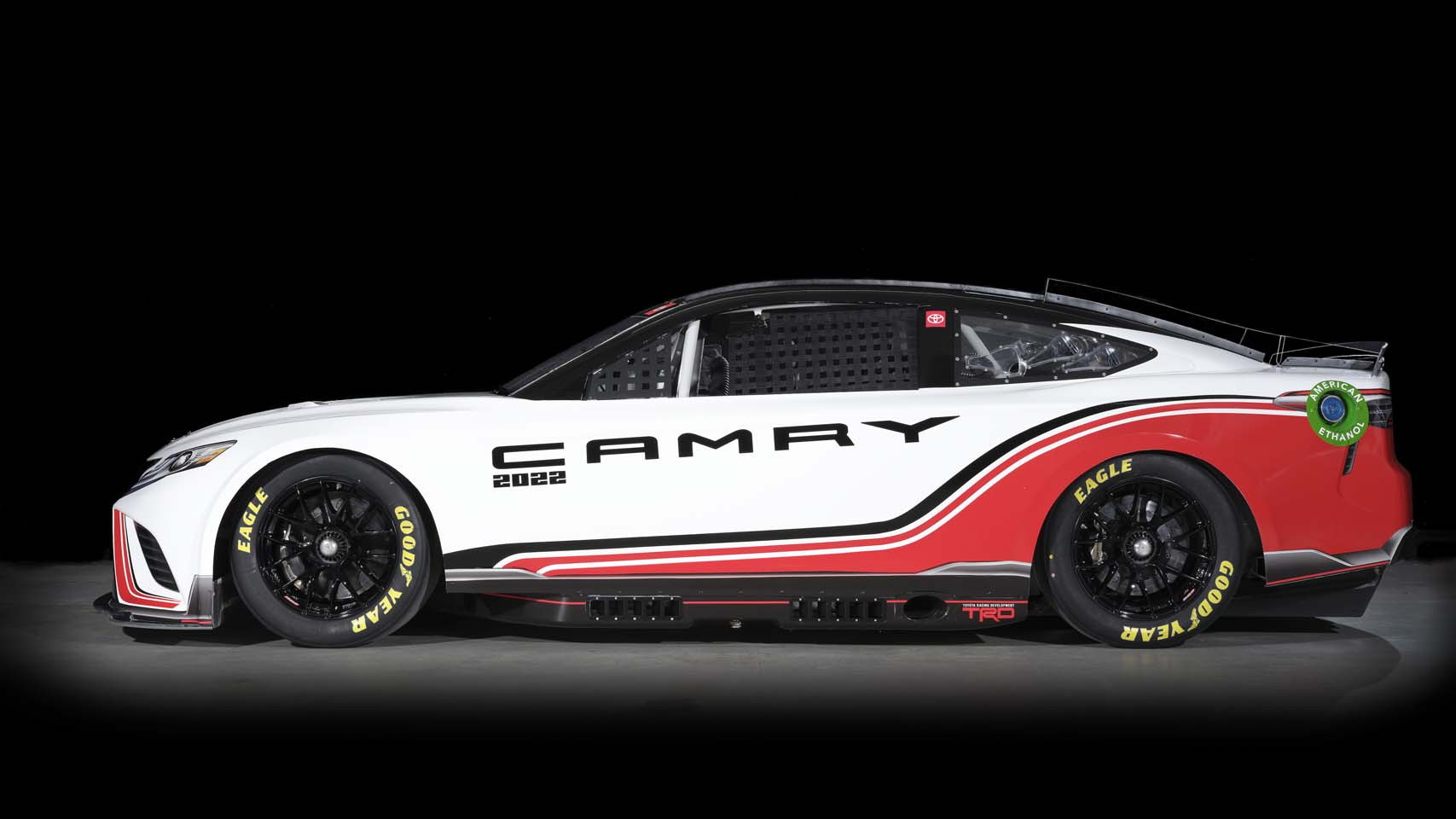 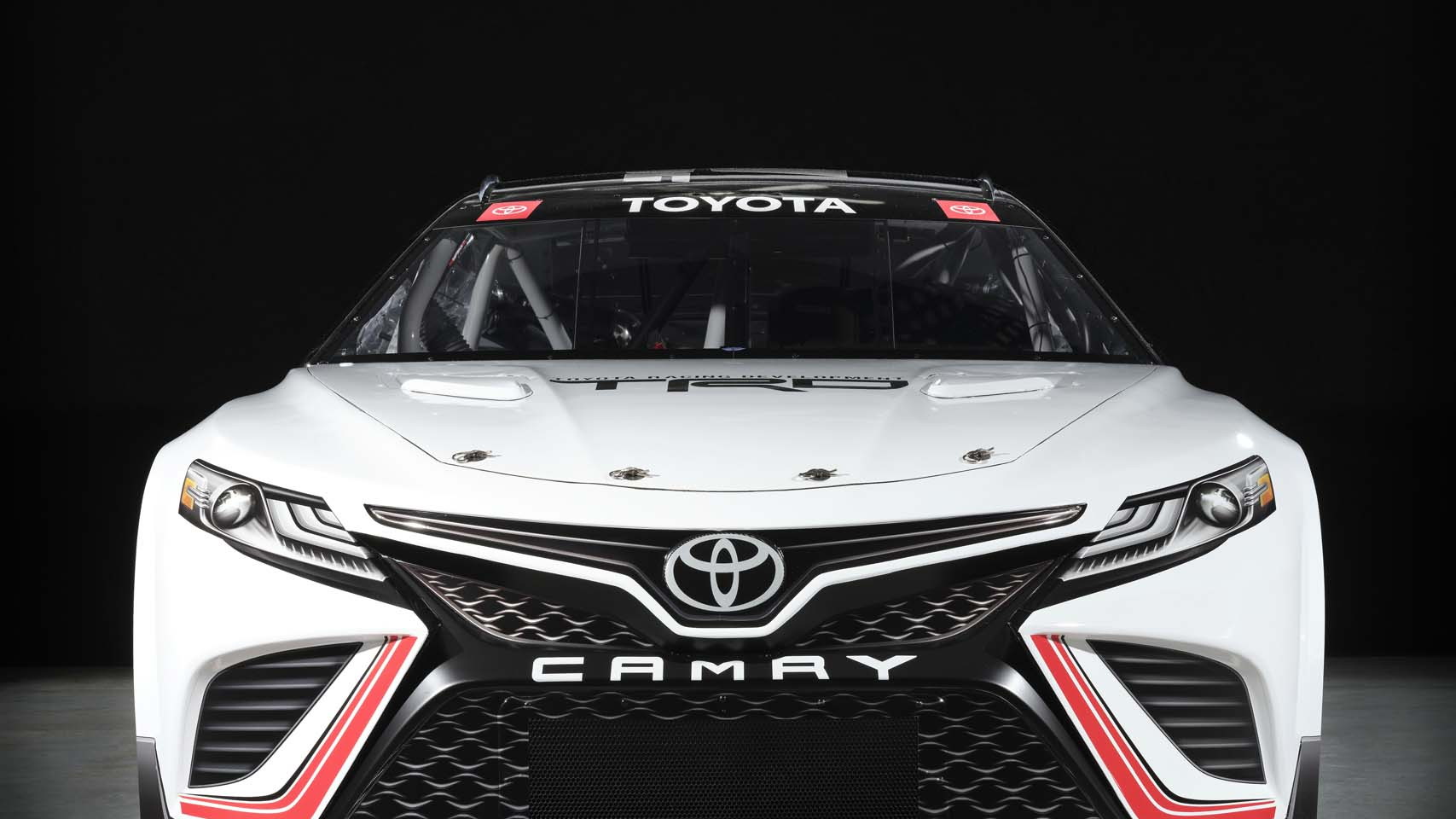 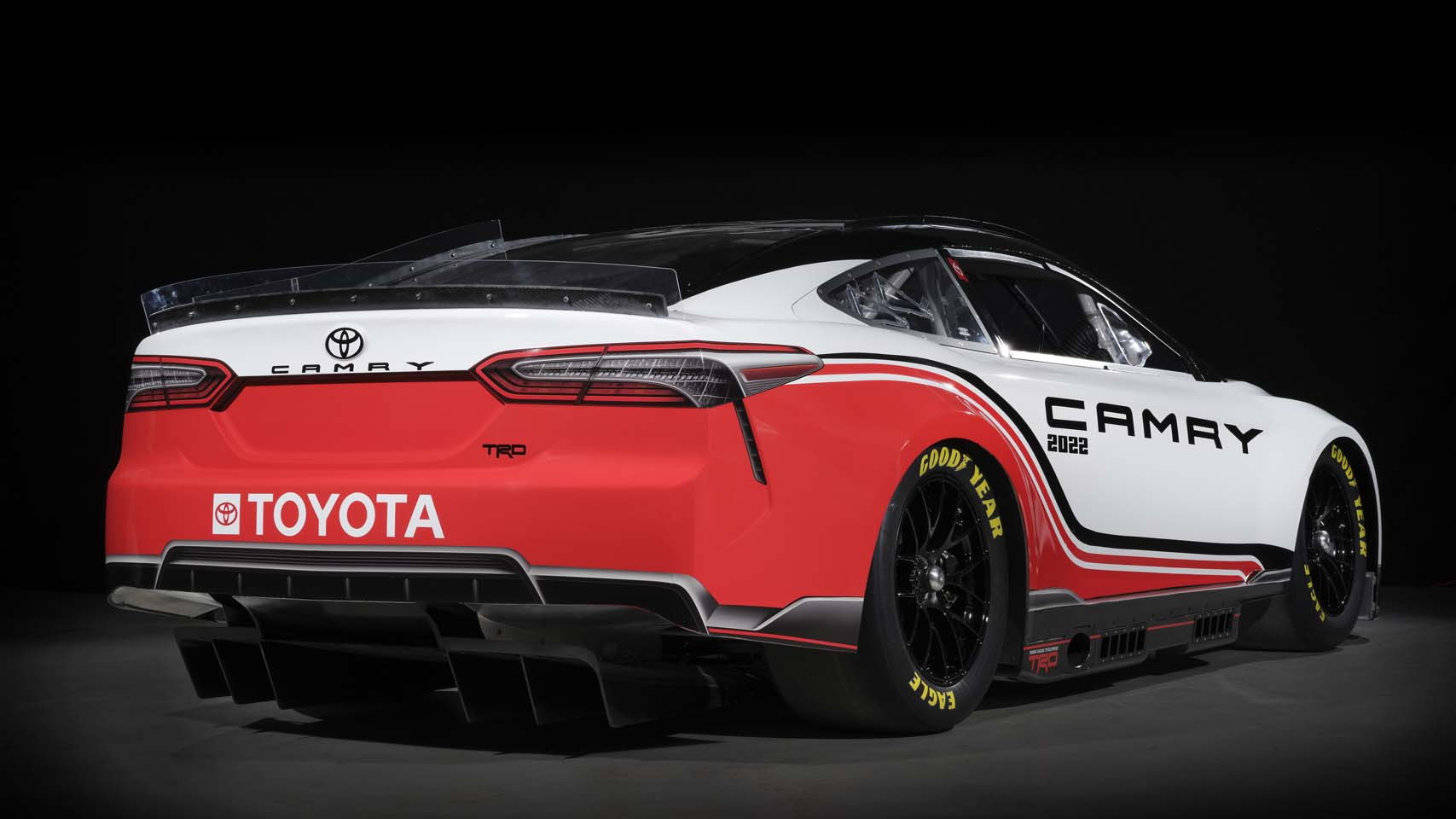 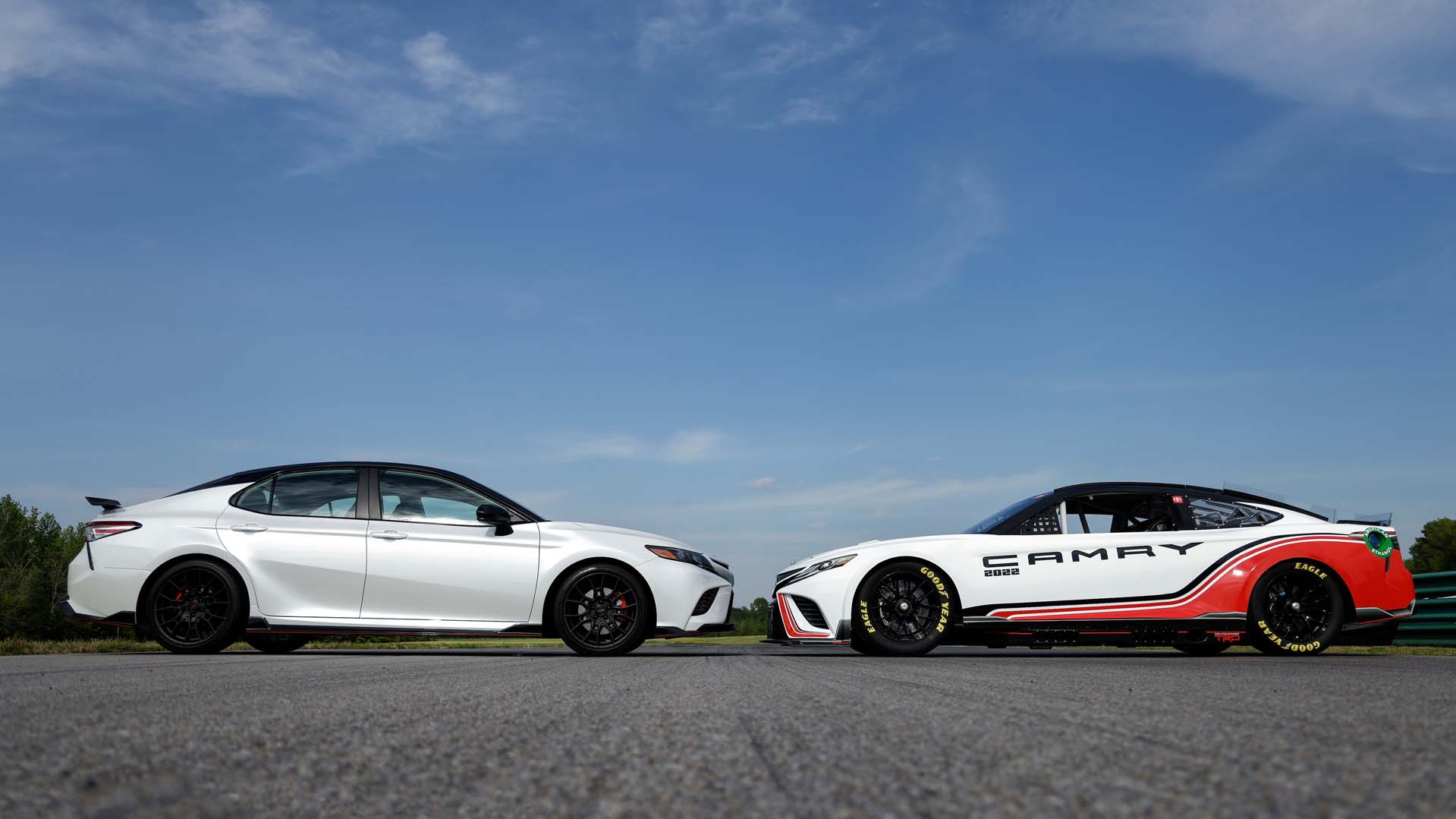 The top NASCAR Cup Series has just taken a massive leap out of the dark ages.

On Wednesday, the NASCAR Next Gen race car debuted as a clean-sheet rethink of what the stock car is. The structure, design, suspension, materials, wheels, and transmission are all new.

The clean-sheet design has a lower greenhouse, a shortened decklid, and a wider track, though the current car's 110-inch wheelbase carries over. NASCAR gave automakers the latitude to stylize the greenhouse to look like the production cars upon which these race cars are based, be it the Chevrolet Camaro, Ford Mustang, or Toyota Camry.

"From an engineering standpoint, this is a seismic shift. It’s a completely new car that brings with it a lot of opportunity from a technical standpoint,” said Eric Warren, Chevrolet director of NASCAR Programs.

Up front, the side air intakes are now functional and they, along with the front center intake, now feed the engine as well as the brakes. There's no longer an intake at the cowl near the base of the windshield, which feeds the engine on the current car. NASCAR has also mandated a symmetrical design of the composite body, which will remove the current aero advantage achieved by using different shapes for the left and right sides of the current cars. NASCAR says that will put the emphasis back on the car's setup and driver's skill.

Another important visual change is the new center-locking 18x12-inch forged aluminum wheels that will be wrapped in Goodyear Eagle rubber. The current car runs on 15-inch wheels. The larger wheels with smaller tire sidewalls will dramatically change the handling of the Next Gen car, but Toyota TRD Racing Development's team noted that automakers really wanted the larger wheels to help make the style appear closer to production cars.

What can't be seen is the modular structure. While the current car's steel tube chassis carries over, the Next Gen car features a modular construction (like a modern production car) with bolt-on front and rear subframes that should make repairs after a crash easier and less expensive. The underside of the car features a full carbon-fiber undertray with a stepped center splitter and a new rear diffuser, which is all modular and can be replaced in the event of a crash.

New independent front and rear suspensions use a double-wishbone configuration, billet aluminum control arms, and adjustable coil-over shock absorbers. The previous car had a 2-link live rear axle. The steering system is now a modern rack and pinion design instead of recirculating ball.

President of TRD Toyota Racing Development David Wilson told Motor Authority, "The significance of the Next Gen for Toyota TRD would be difficult to explain given that over the course of a year, or year-over-year, the car raced will see more change than the NASCAR race car has seen in over the last 50 years."

The 358 cubic-inch naturally aspirated V-8 carries over with 670 hp or 550 hp depending on the track. The engine continues with fuel injection, a dry sump oiling system, and split-side exit exhaust. The transmission, however, is new. It's a 5-speed sequential transaxle with a gearshift but not a clutch. The setup will still require drivers to remove one hand from the steering wheel and match revs to shift.

New rules state that each team can have a maximum of seven cars rather than the unlimited number previously allowed. Wilson noted that additional cost savings will arise from the car being standardized as teams will no longer need large fabrication operations. "There's nothing stock about a stock car," executive engineer for TRD Toyota Racing Development Andy Graves joked, but there are now about 30 suppliers that teams can buying parts from, and those parts can't be modified or touched once bought.

While the driver seat and roof flaps are carried over, the Next Gen car has improved safety gear. Additional roll bars have been designed along with form-fitted foam inserts between the chassis and nose and tail like what is found in production cars. The driver seat has been moved closer to the center of the car to move drivers away from the source of impacts.

NASCAR didn't go into specifics but noted the Next Gen car has been upgraded to allow for in-car cameras in every vehicle so fans can see more real-time data.

While development of the Next Gen race car was completed in February, it won't make its racing debut until the start of the 2022 season in February at the Daytona International Speedway.