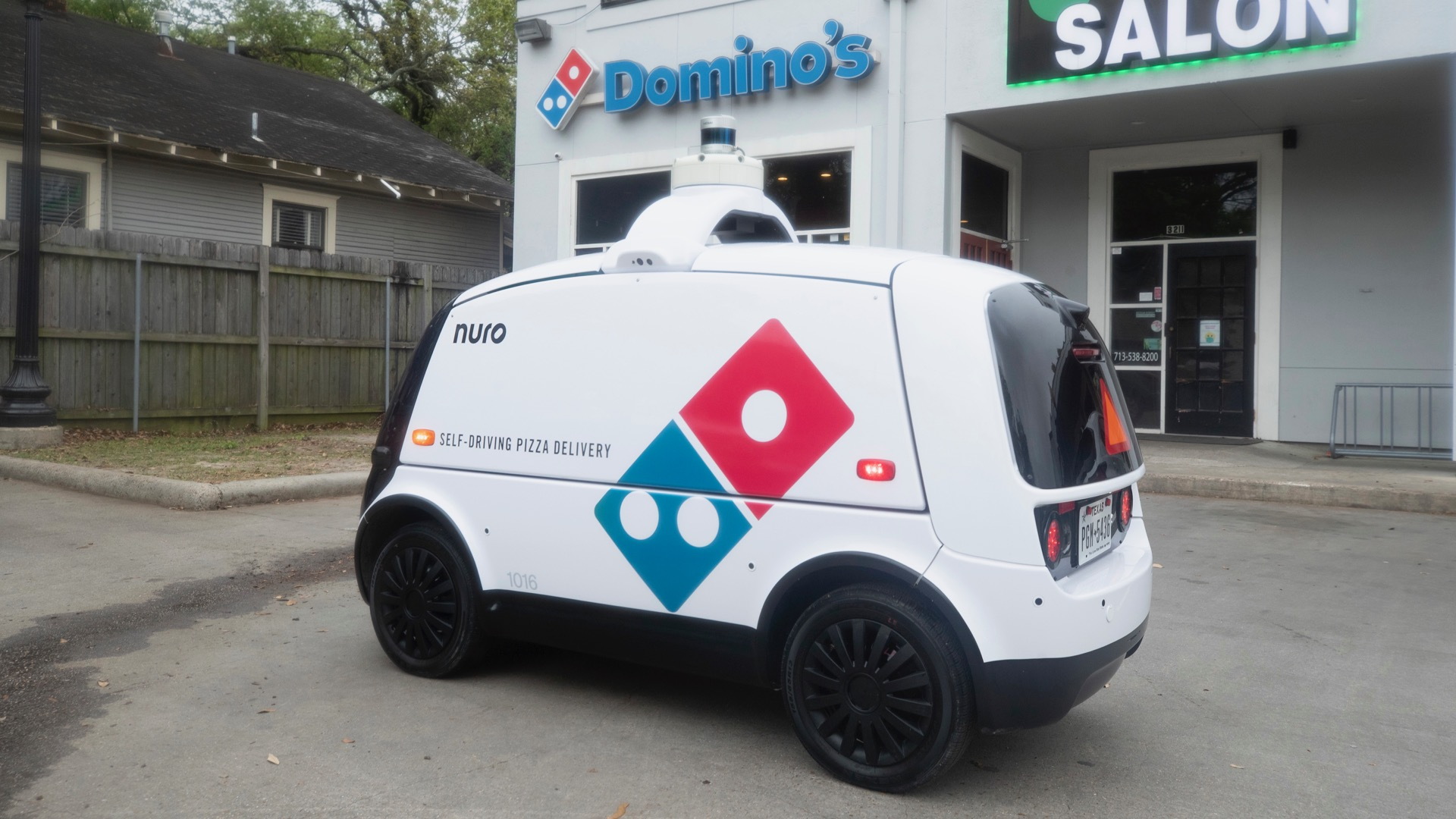 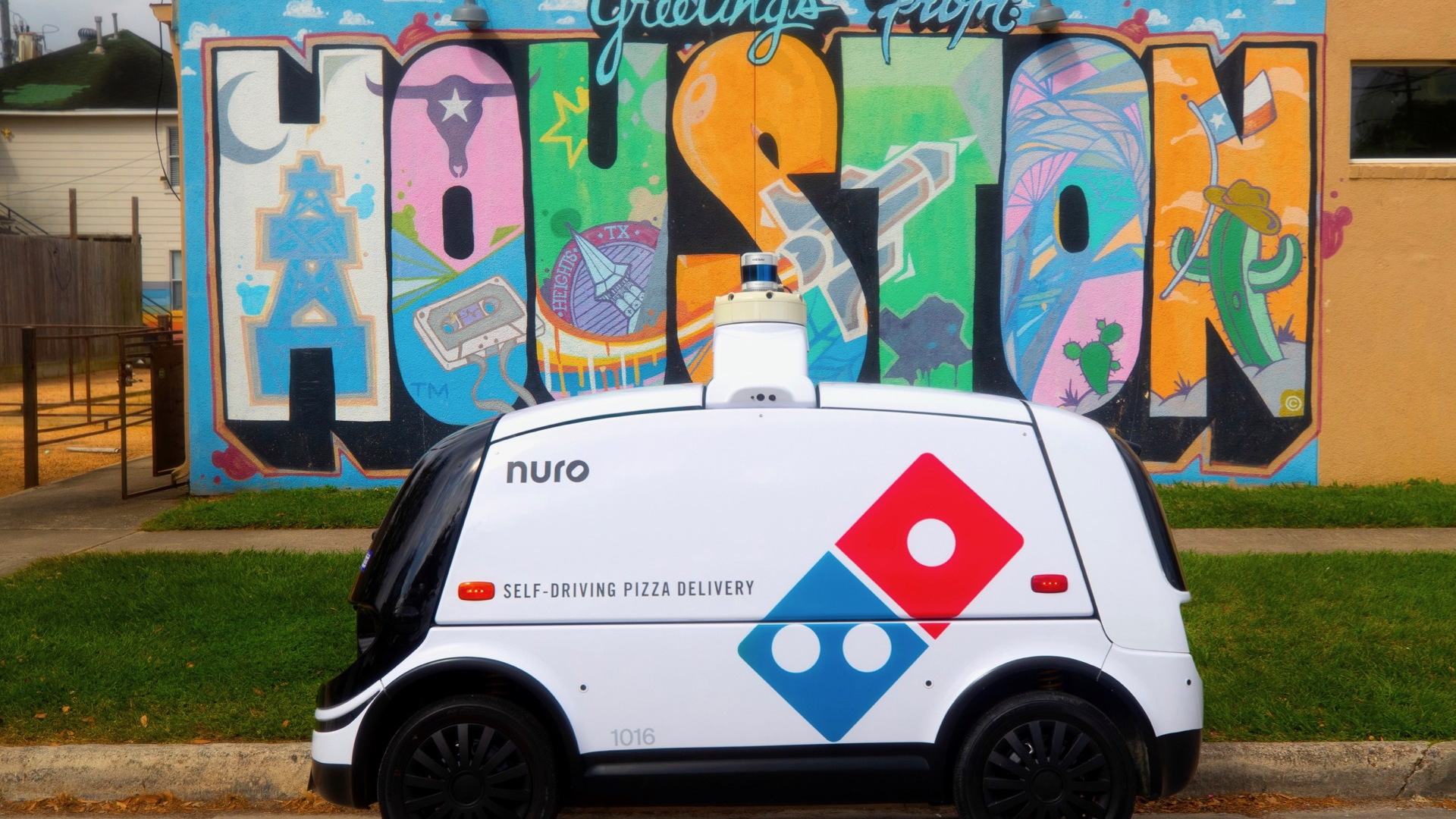 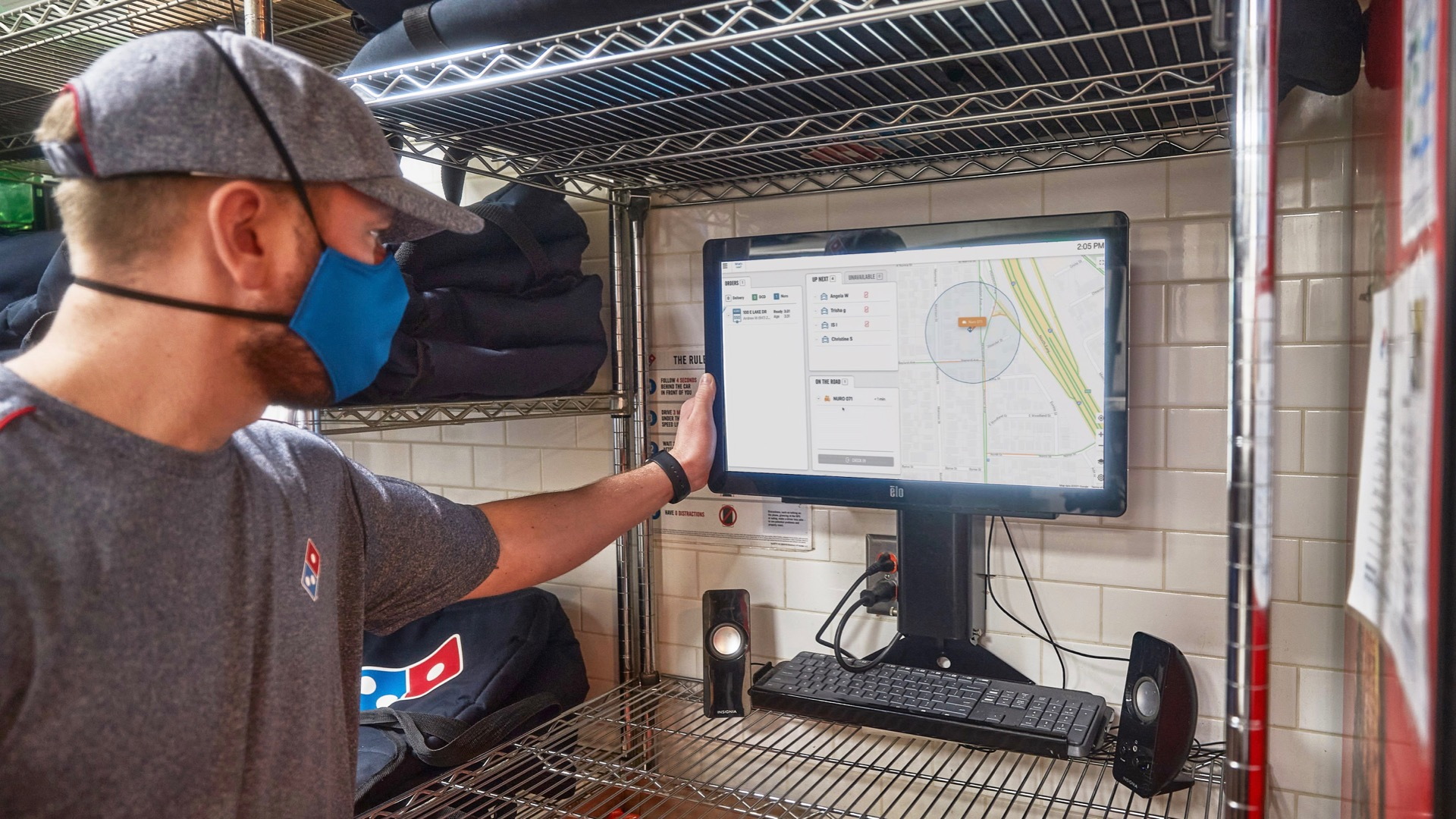 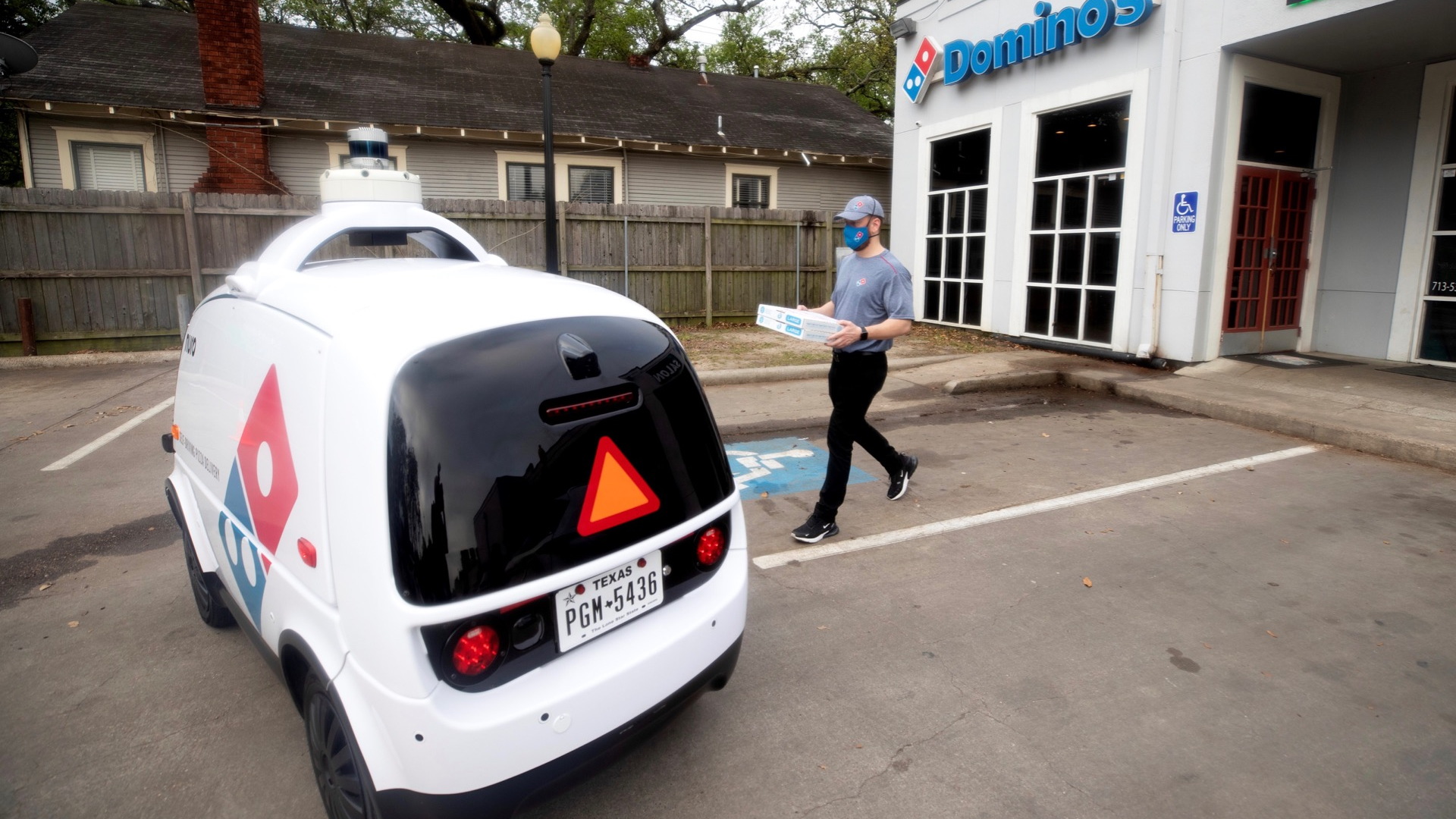 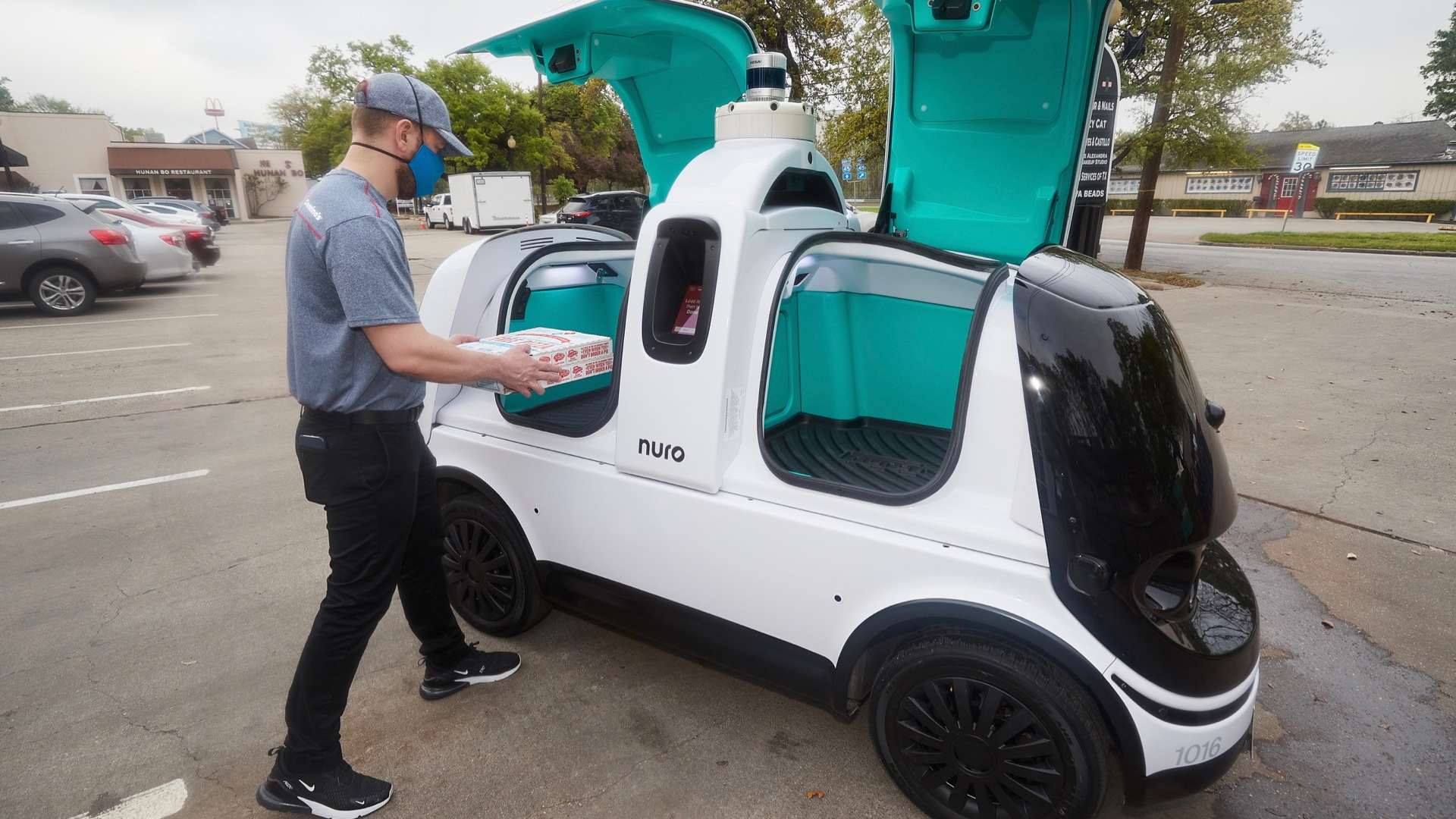 Domino's and startup Nuro are launching an autonomous pizza-delivery service in Houston this week. Certain customers will have the option to get their pizza delivered by the Nuro R2 self-driving delivery vehicle.

The self-driving option is only available to customers who place a prepaid order through Domino's website on certain days and times from the pizza chain's Woodland Heights location, according to a press release. Customers who opt for robotic delivery will get text messages to track the vehicle, and a PIN to retrieve their pizza from its built-in storage boxes.

Domino's and Nuro announced plans for Houston autonomous pizza deliveries in June 2019, a few months after Nuro began handling food deliveries for Kroger grocery stores in the city. Prior to that, Domino's partnered with Ford on a pilot program using the automaker's prototype self-driving cars.

Those cars were modified Ford Fusion sedans, but the Nuro R2 was designed from the ground up as an autonomous delivery vehicle. It doesn't have space for a driver, and it's very narrow, giving it more buffer space around pedestrians and other vehicles when traveling in lanes meant for full-size cars. The startup claims this lessens the chance of a collision.

Founded by ex-Google self-driving car engineers, Nuro also operates delivery services in Arizona and California. It's one of multiple companies looking to use autonomous vehicles for short delivery runs, which may be a lower barrier for the technology. Unlike much-discussed autonomous ride-sharing, driverless and riderless deliveries don't require potentially apprehensive members of the public to ride in self-driving vehicles.

The day before Domino's and Nuro announced the start of Houston autonomous pizza deliveries, Intel-owned tech firm Mobileye announced plans to launch its own delivery service in partnership with Udelv, a startup that's testing self-driving delivery vans in some U.S. cities. Mobileye, which markets its own sensor suite and computer-vision software for self-driving cars, plans to launch the service in 2023, and wants to put 35,000 vehicles in operation by 2028, according to The Verge.