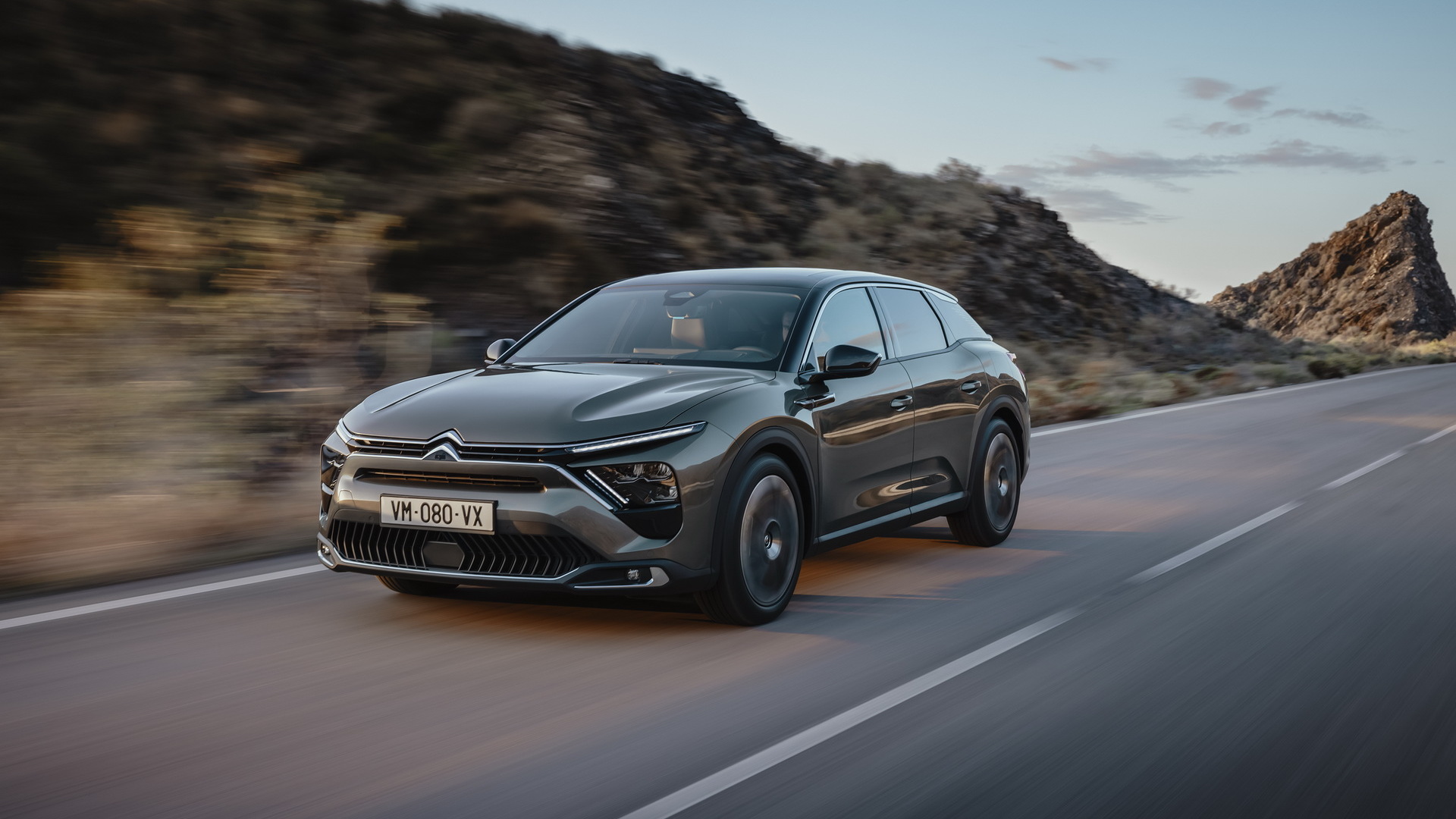 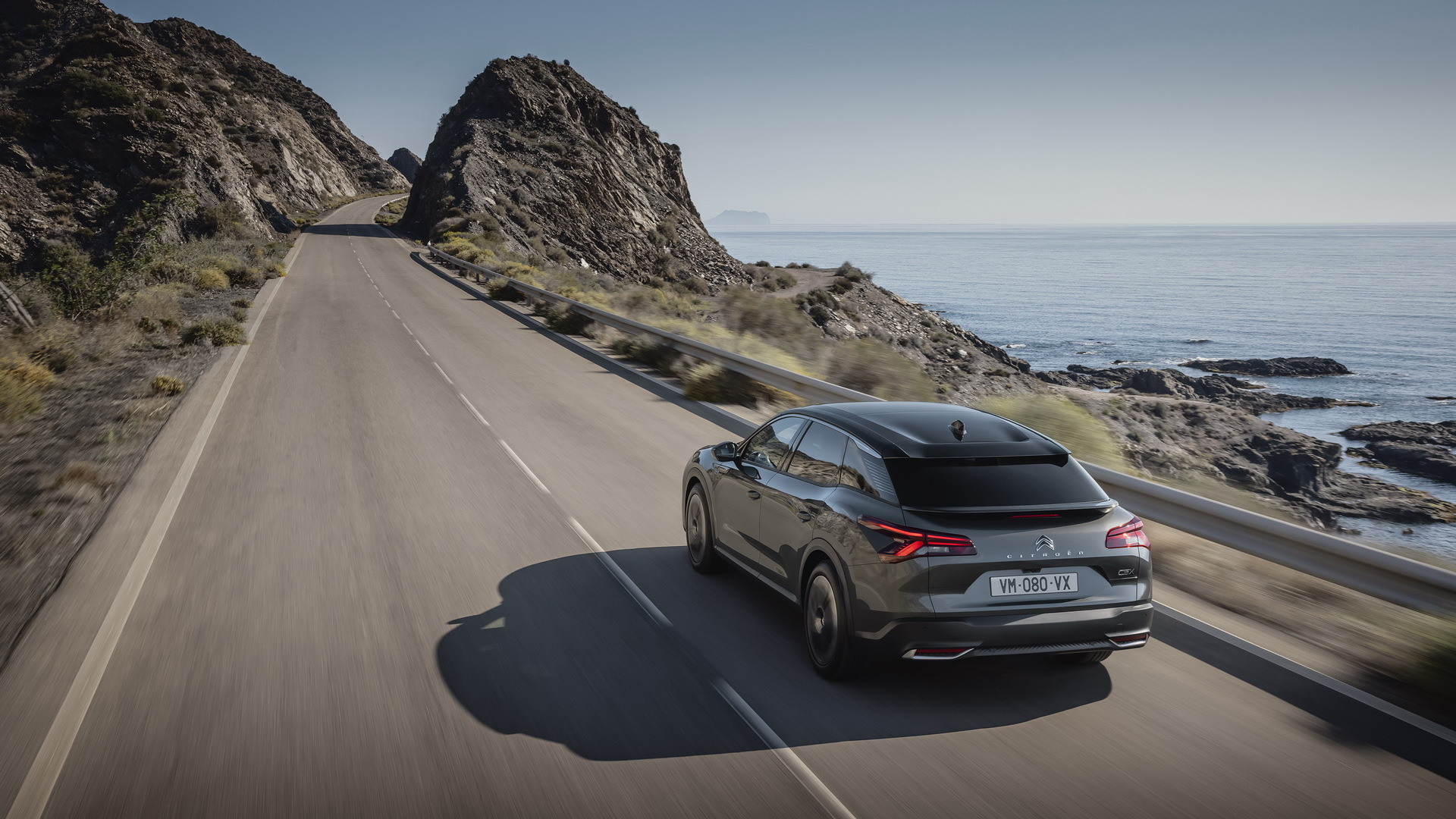 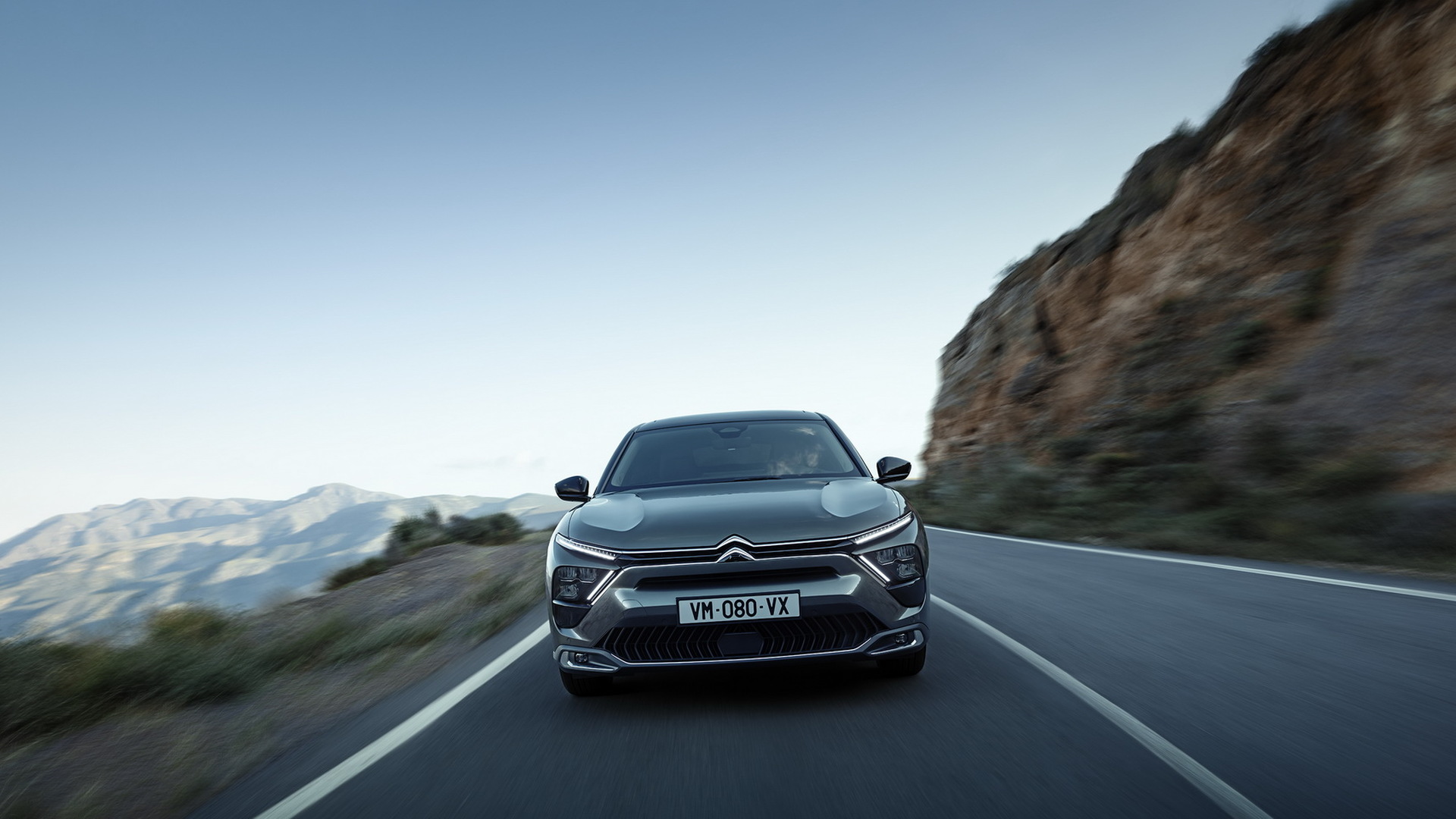 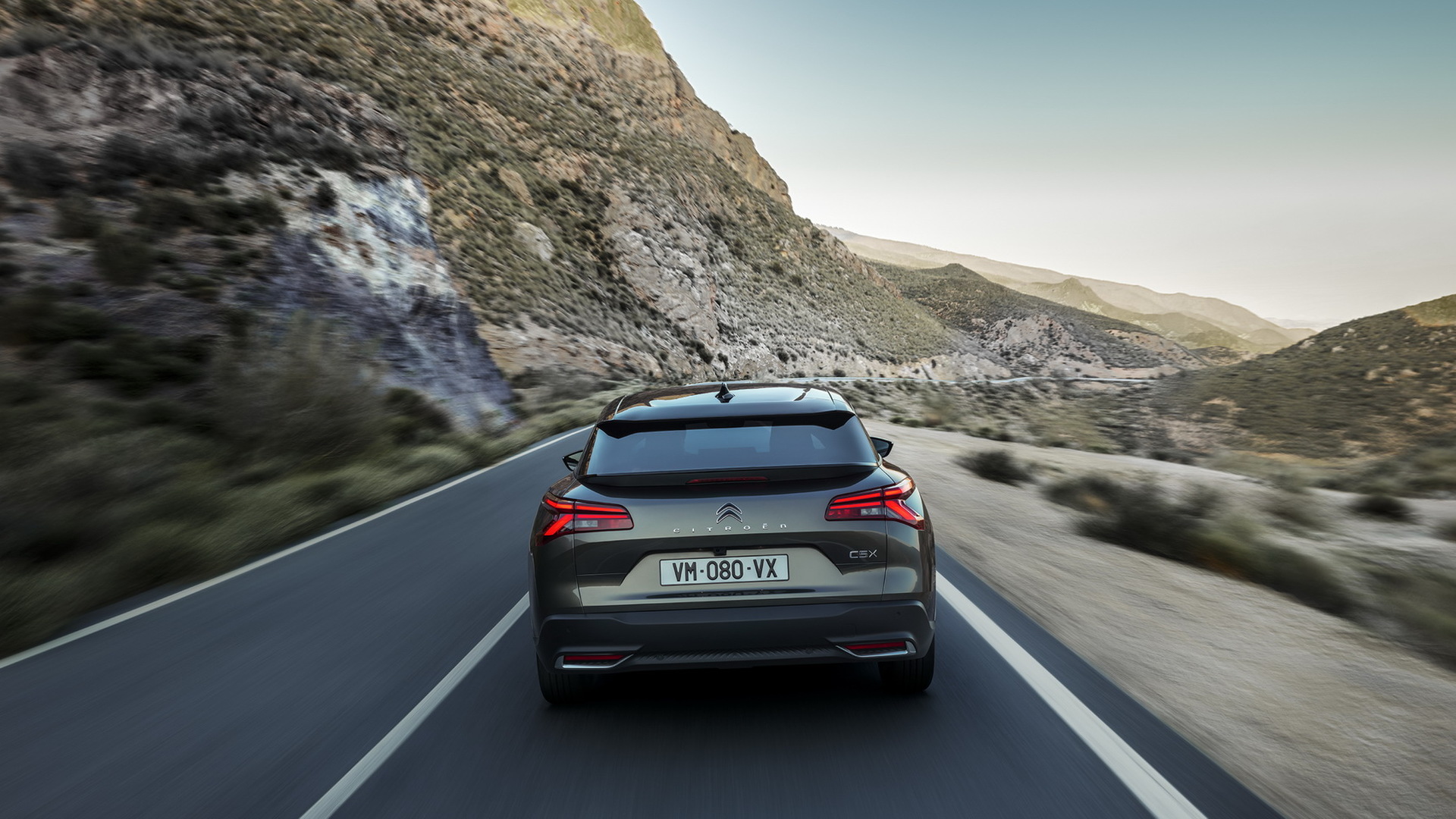 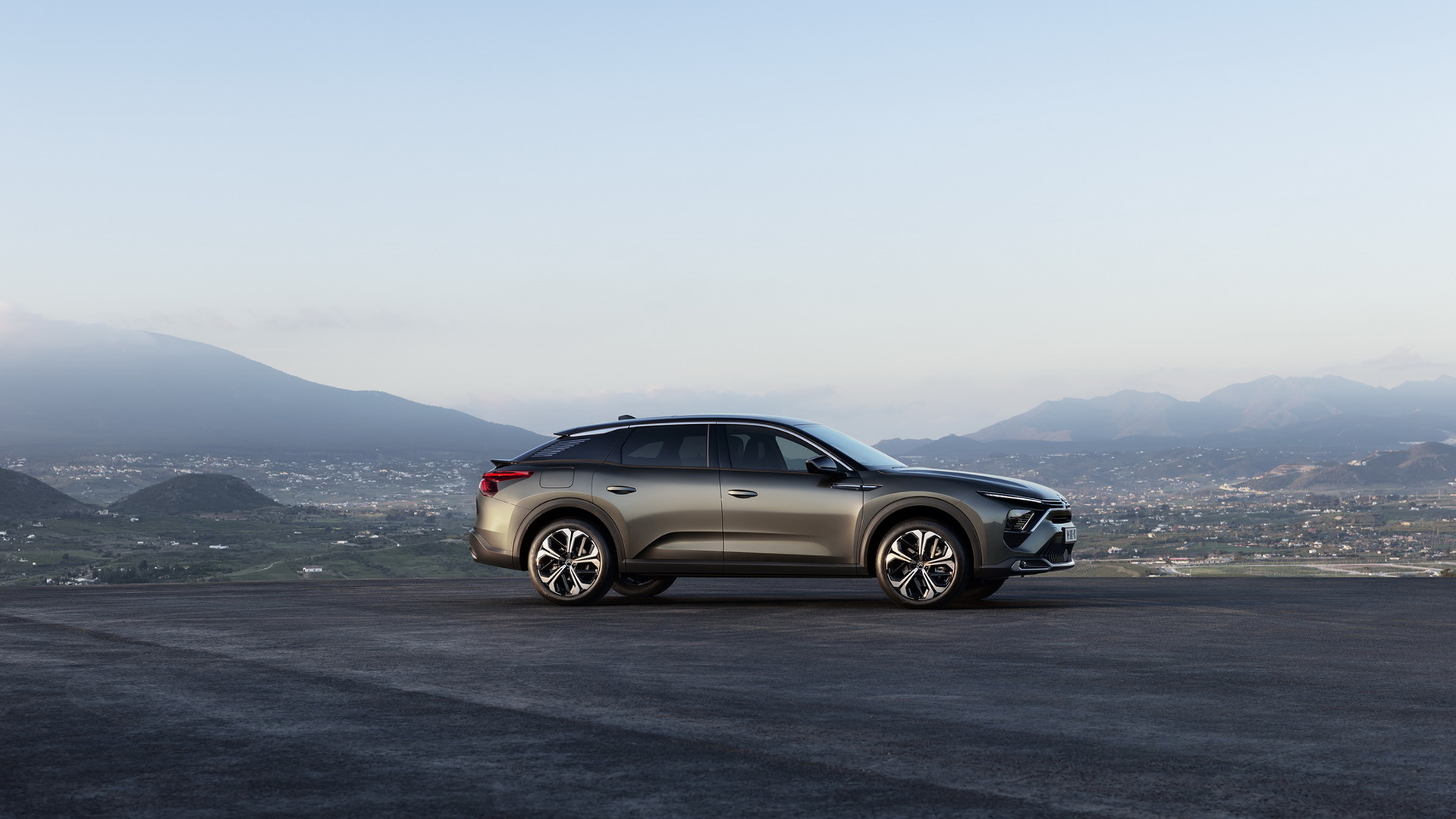 France's Citroen, one of the many brands that form Stellantis, on Monday revealed the new C5 X, a crossover whose shape is closer to a traditional wagon than your average crossover.

Citroen previewed the design with the Cxperience concept car unveiled at the 2016 Paris International Motor Show. While C5 X has been watered down somewhat compared to the concept, the vehicle should still stand out in a crowd.

The platform is Stellantis' EMP2 front-wheel-drive design which also underpins the Peugeot 508 and DS 9. The platform doesn't support battery-electric powertrains (Stellantis has an electric version in the works) but it does support plug-in hybrid technology. In the case of the C5 X, the range-topping powertrain is a plug-in hybrid generating a peak 225 hp from a turbocharged inline-4 and single electric motor. Citroen quotes a range of 31 miles on electric power alone.

The C5 X measures approximately 189 inches in length, making it about 2.5 inches shorter than the rival Subaru Outback. Inside, there's seating for five and up to 58 cubic feet of storage with the rear seats folded flat.

The dash features a relatively simple design with a digital instrument cluster, a wide, touchscreen-based infotainment system, and even a head-up display all offered. The infotainment system also responds to natural-speak voice commands, and can have its display customized much like a smartphone.

The list of technologies doesn't end there. The C5 X also features a semi-autonomous mode for highway driving that can control the vehicle in a single lane, but with the need for the driver to monitor things. On top of this there's blind spot and rear cross traffic warning, a surround-view camera, and proximity hands-free access which locks and unlocks the vehicle based on how close the driver is.

Don't look for the C5 X to reach the United States. Stellantis CEO Carlos Tavares in March ruled out introducing any new brands here, such as Peugeot, stating that he wants to focus on improving the existing brands instead.