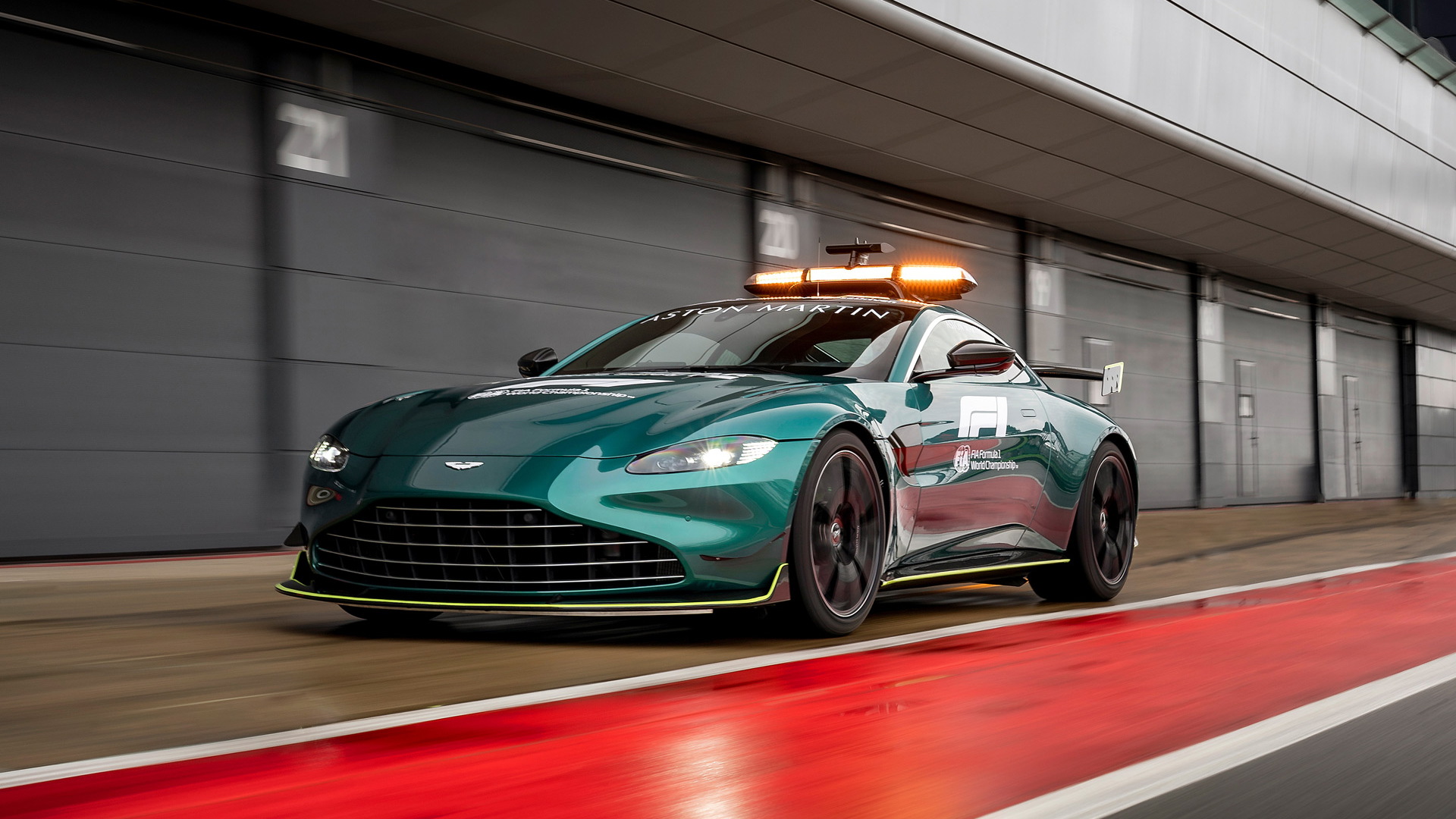 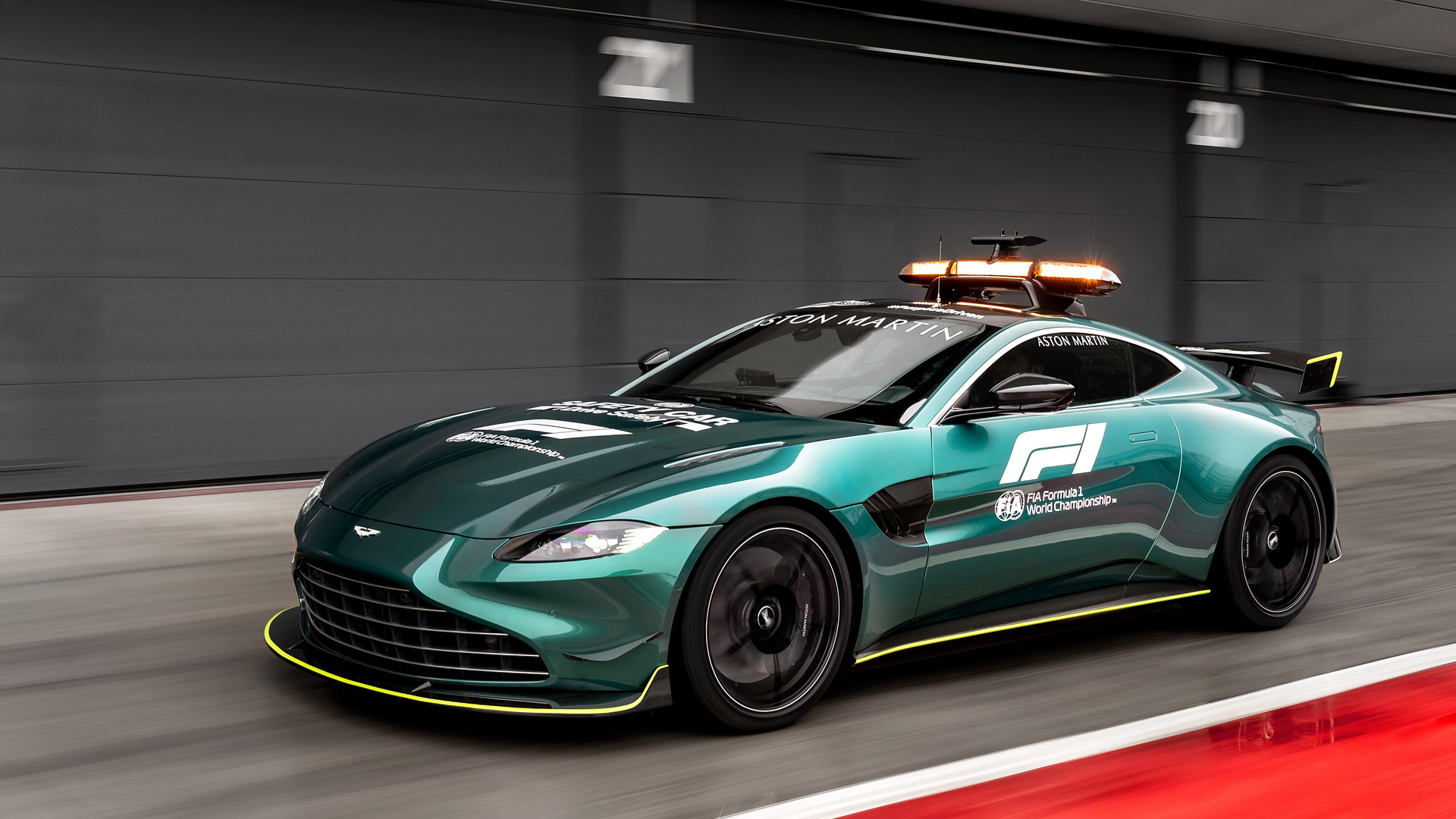 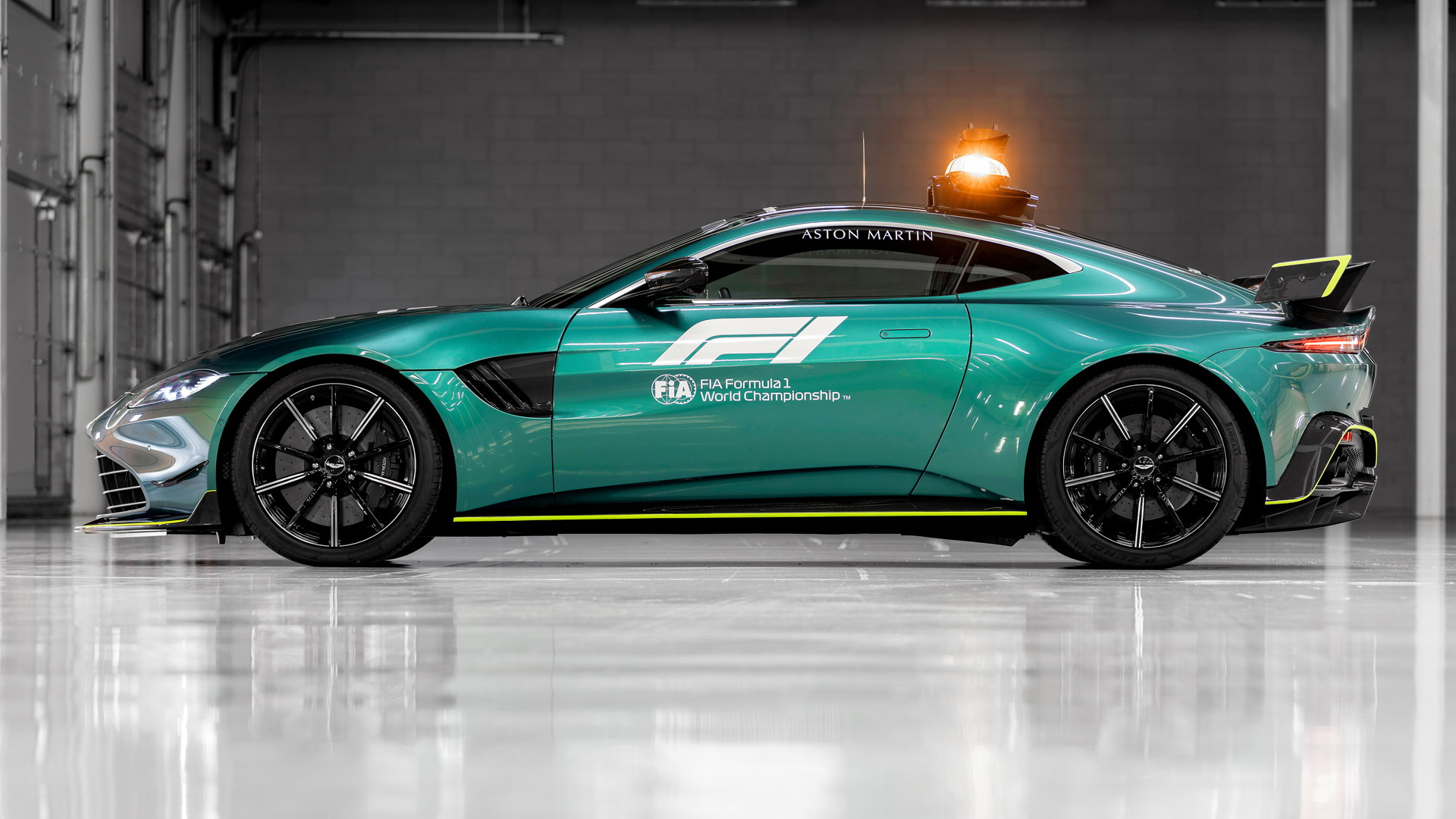 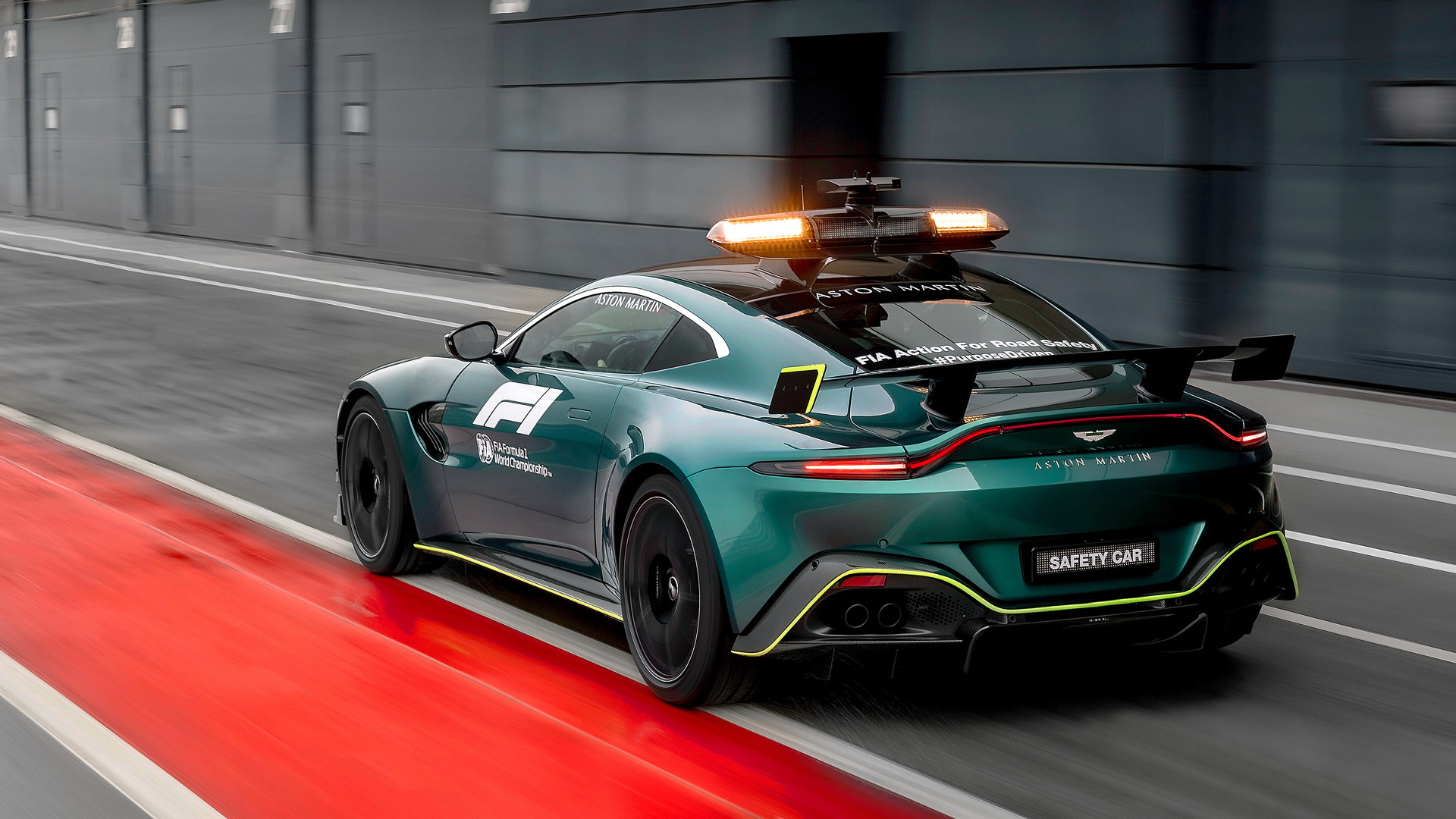 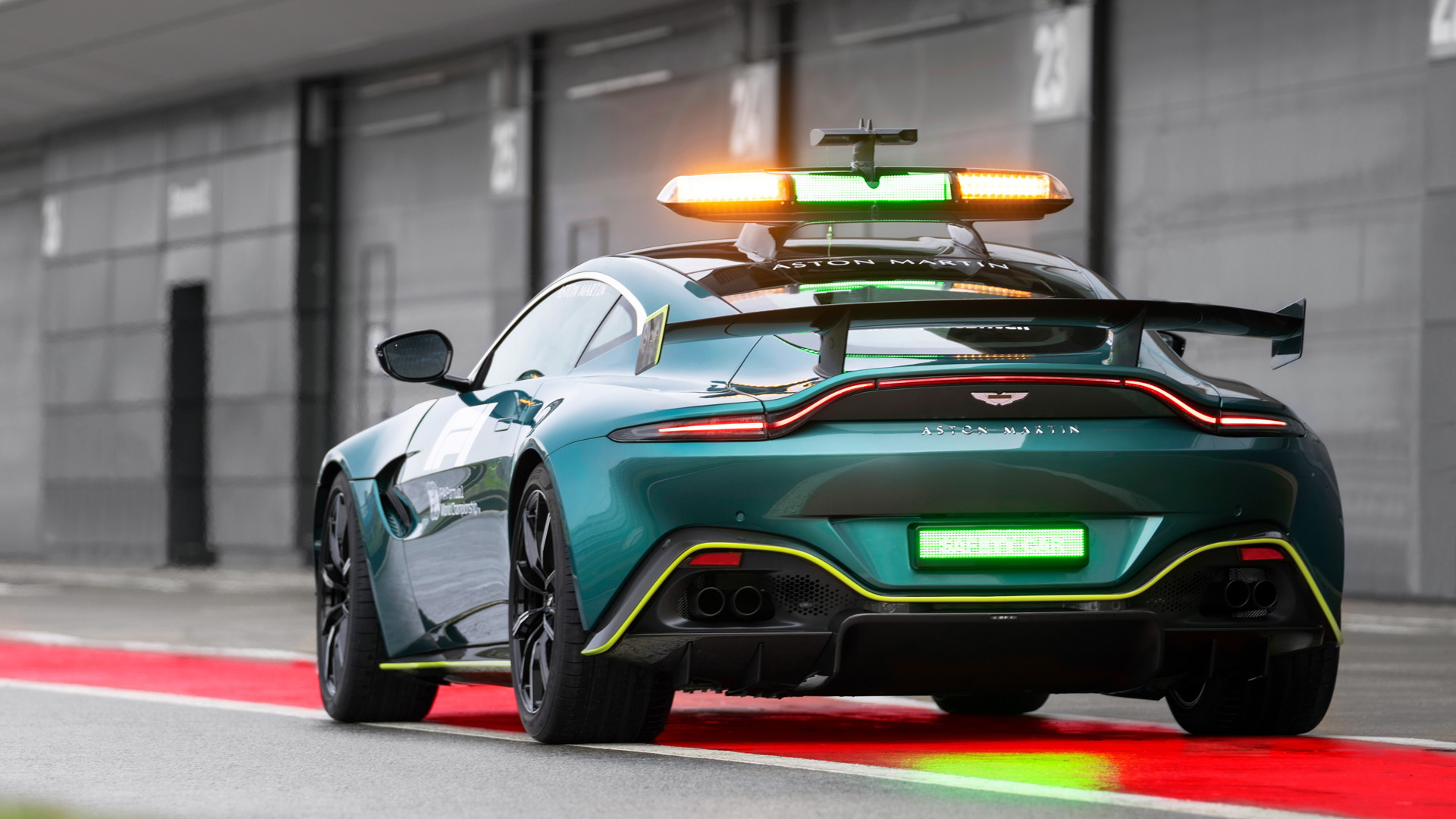 The new AMR21 race car won't be the only Aston Martin hitting the track at each round of the 2021 Formula One World Championship.

The Vantage safety car will feature a few upgrades for its F1 role. The safety car's job is to lead the field on warm-up laps and also come out if there's an accident or bad weather. But because F1 cars often need to maintain a certain pace so that their tires, brakes and engines stay at optimal temperatures, the safety car also needs to be quick. Very quick. 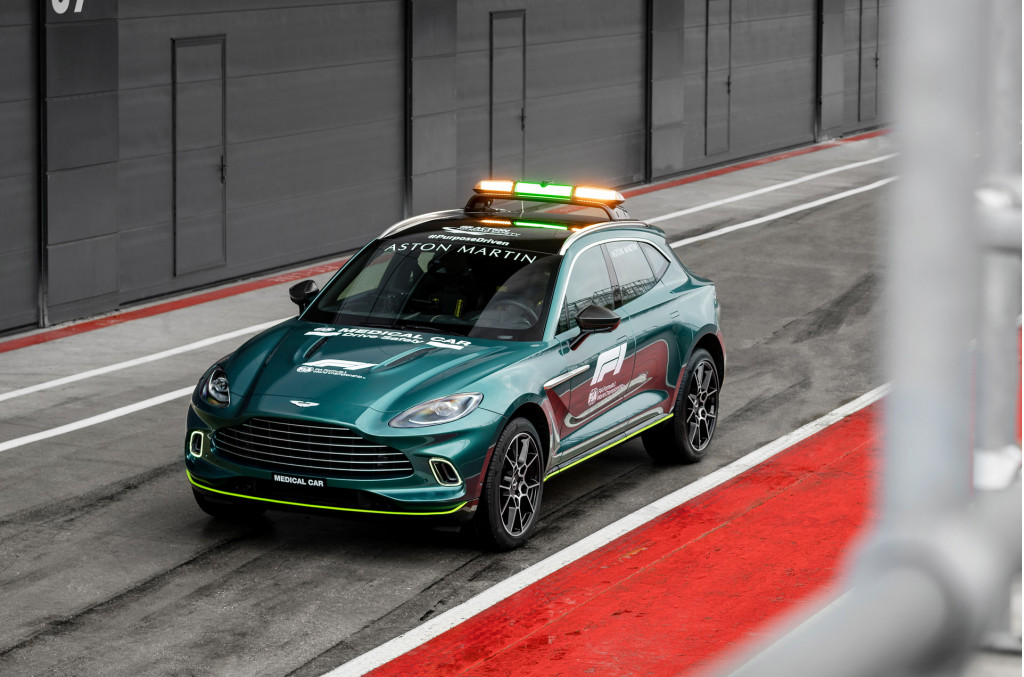 As a result, power from the car's 4.0-liter twin-turbocharged V-8 has been raised to 527 hp, up from the standard 503 hp. Peak torque of 505 lb-ft is unchanged but is maintained over a wider band in the safety car. According to Aston Martin, 0-60 mph acceleration will now happen in 3.5 seconds versus 3.6 seconds in the stock Vantage.

The chassis and aerodynamics have also been tweaked. For example, a revised grille and new front splitter help to increase downforce, by as much as 120 pounds at a speed of 124 mph. Modifications to the suspension, steering and dampers have also been made, along with extra bracing under the vehicle to improve structural stiffness. Aston Martin said the 8-speed automatic transmission has also been recalibrated for improved response.

Don't be surprised if some of these modifications make it onto a future version of the Vantage. 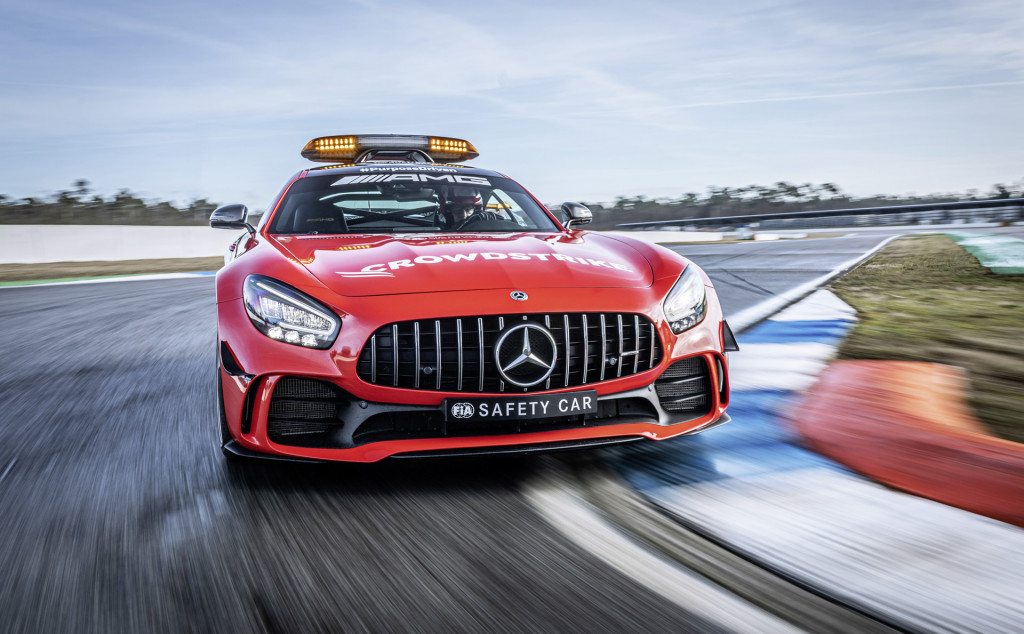 Behind the wheel at each round will be Bernd Maylaender, a former DTM racer who has served as the F1 safety car driver since 2000.

As mentioned above, the AMG GT is also serving as the official safety car this year. As in previous years, the 577-hp GT R version has been picked but it wears a new coat of red paint instead of the usual silver. Sadly, the GT R was dropped from Mercedes' U.S. lineup after 2020.

The cars will see track action for the first time on Friday, the first day of F1's official pre-season testing which this year is taking place in Bahrain. The first race of the new season will be the Bahrain Grand Prix on Mar. 28. The season was meant to start as always with the Australian Grand Prix but the race has been delayed until November due to Covid-19 restrictions. Despite the ongoing Covid-19 situation, F1 organizers remain hopeful of holding a record 23 rounds this season.