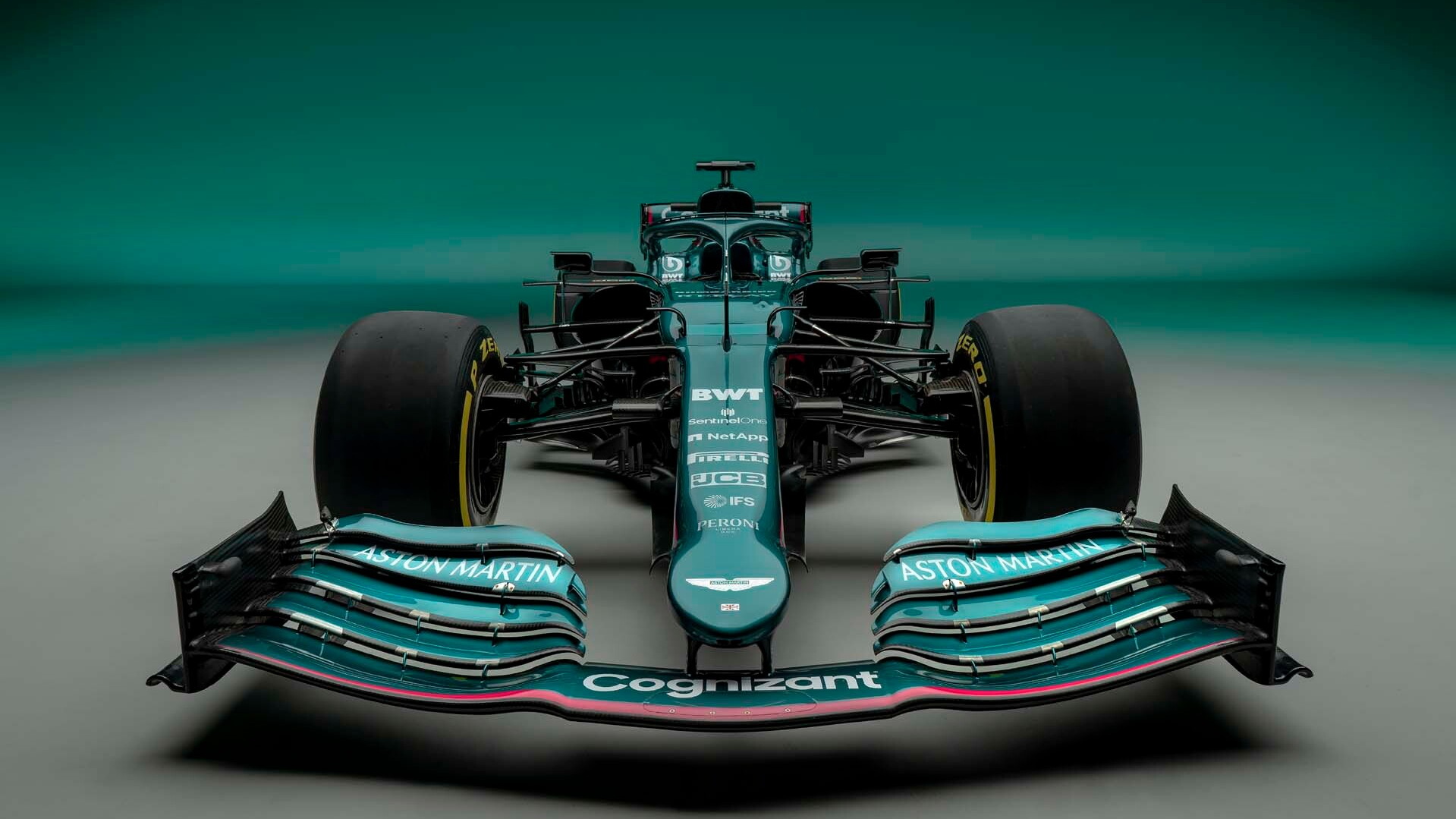 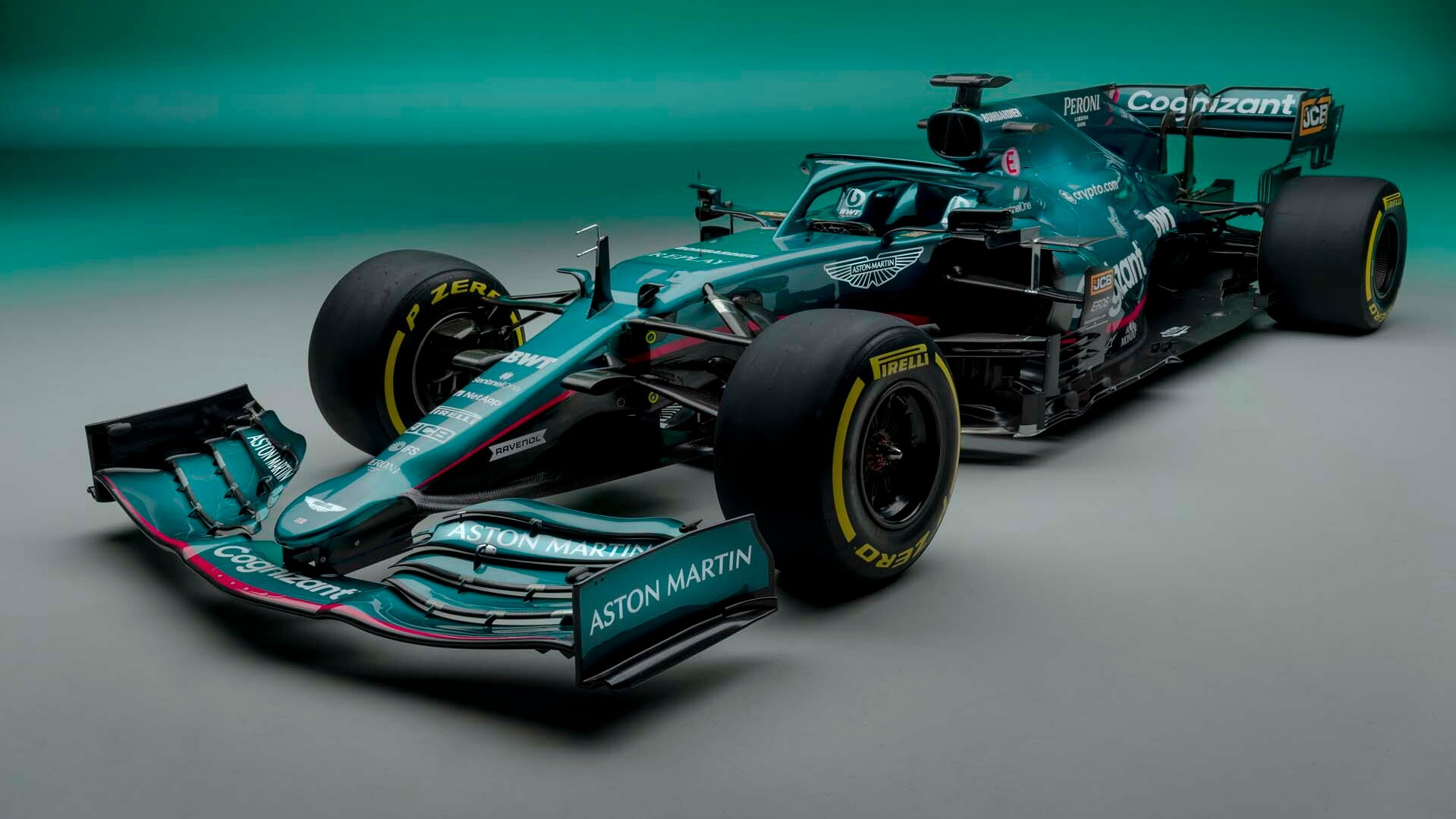 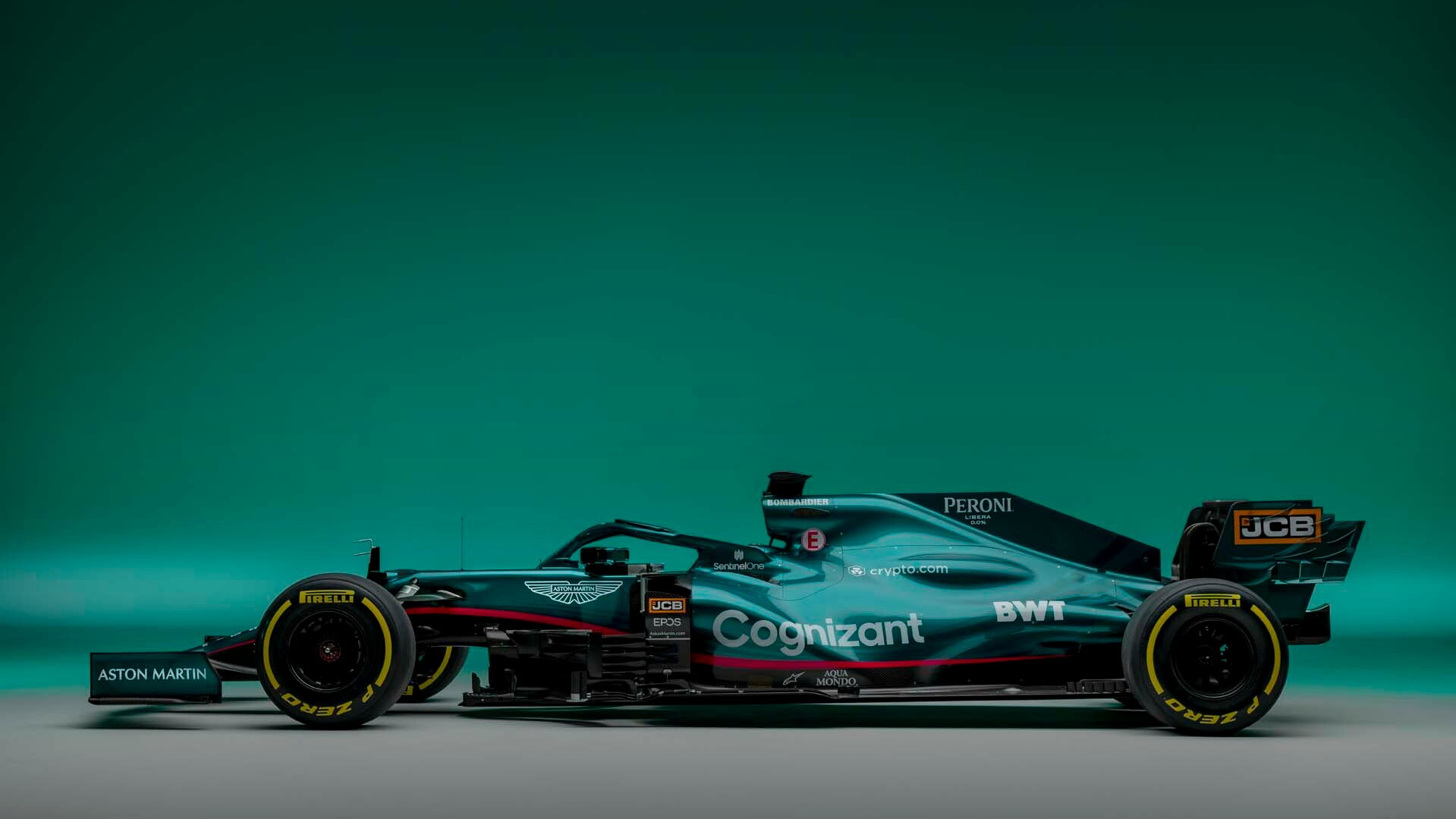 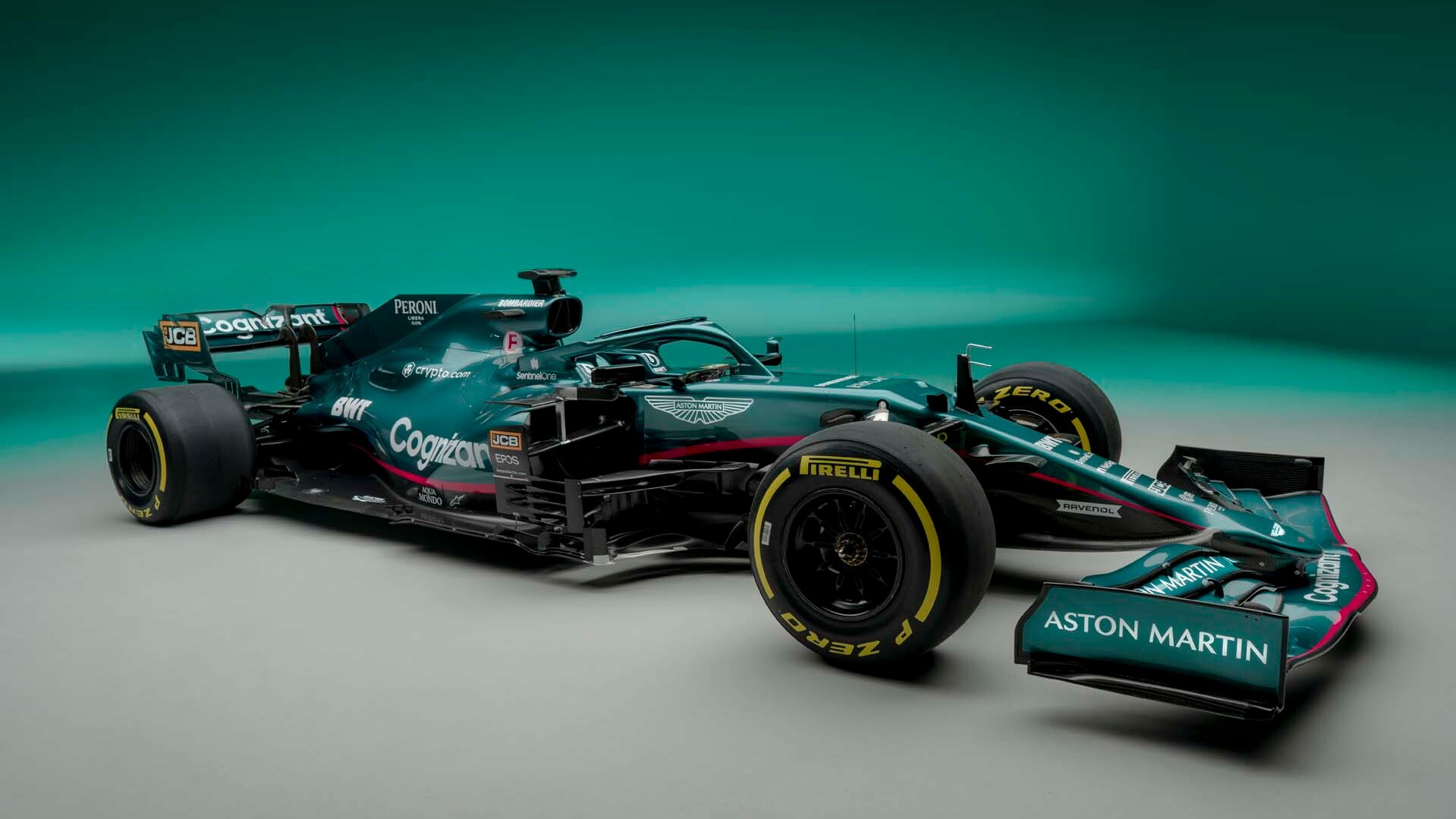 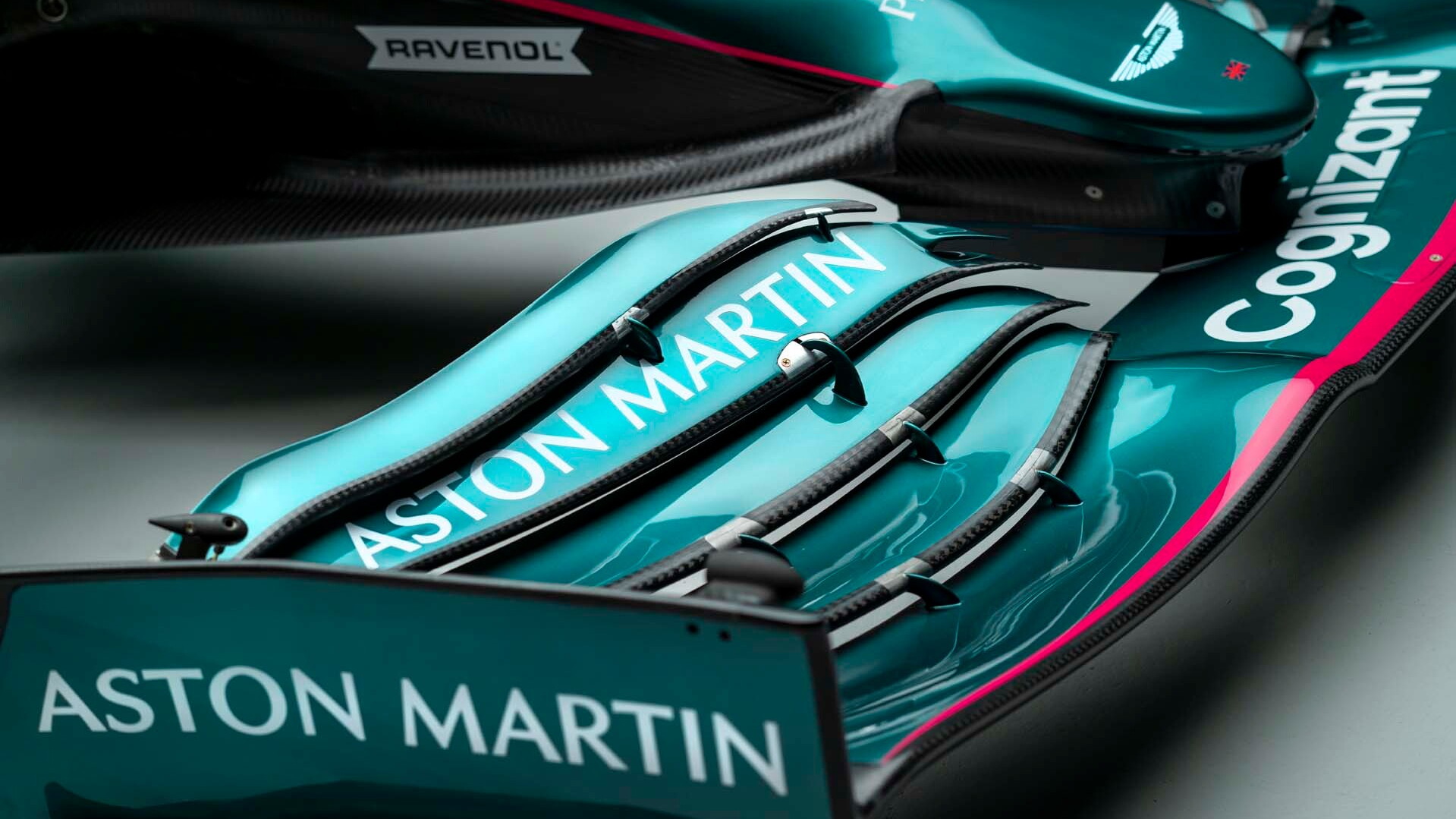 Aston Martin is returning to the Formula One grid in 2021 for the first time in over 60 years via a rebranding of the Racing Point team.

Called the AMR21, Aston Martin's car is an evolution of Racing Point's RP20 from the previous season, and naturally it's been decked out in green. There are also some pink accents to highlight the sponsorship of water technologies company BWT.

Powering the AMR21 is a power unit sourced from Mercedes-Benz AMG, reflecting a strategy Aston Martin is also using for some of its road cars. The powertrain in the AMR21 consists of a 1.6-liter turbocharged V-6 working with two motor-generators, one integrated with the turbocharger and the other with the engine in the main driveline.

Confirmed drivers are four-time world champion Sebastian Vettel and Lance Stroll. Stroll's father Lawrence Stroll is both chairman of Aston Martin and the Aston Martin F1 team. Otmar Szafnauer has been named CEO and team principal of the team.

The AMR21 will stretch its legs for the first time at a promotional event to be held Thursday at the Silverstone Circuit in the United Kingdom, where Aston Martin's F1 team is located. The team is using Racing Point's former digs but will move into a new 200,000-square-foot facility under under construction at the same site around mid-2022.

The pre-season tests are scheduled for Mar. 12-14 in Bahrain ahead of the season-opening Bahrain Grand Prix on Mar. 28. The season was meant to start as always with the Australian Grand Prix but due to Covid-19 restrictions the Australian race has been delayed until November.

Aston Martin's first and only stint in F1 started in 1959 and ended the following year. The team competed with the DBR4 race car (and later the DBR5) and listed Carroll Shelby and Roy Salvadori as drivers. The team would have just five starts over the two years of competition and ultimately pulled out to focus on sports car racing, having failed to score any points.

Speaking of sports car racing, Aston Martin last December announced its exit from the World Endurance Championship, where it had competed in the GTE class with a race car based on its Vantage sports car. It means the automaker is no longer competing in sports car racing, though it will still build Vantage-based race cars for customer teams.