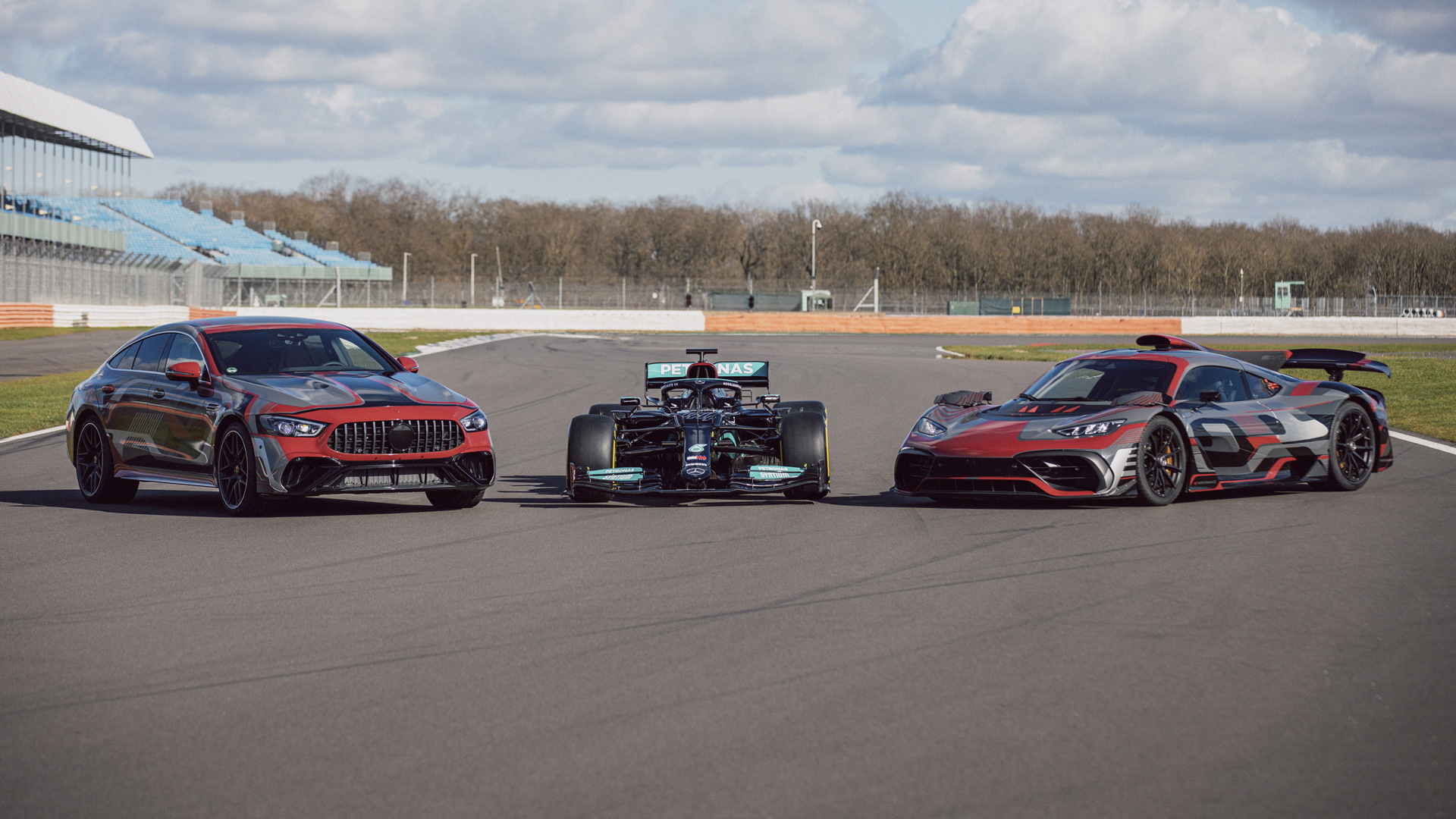 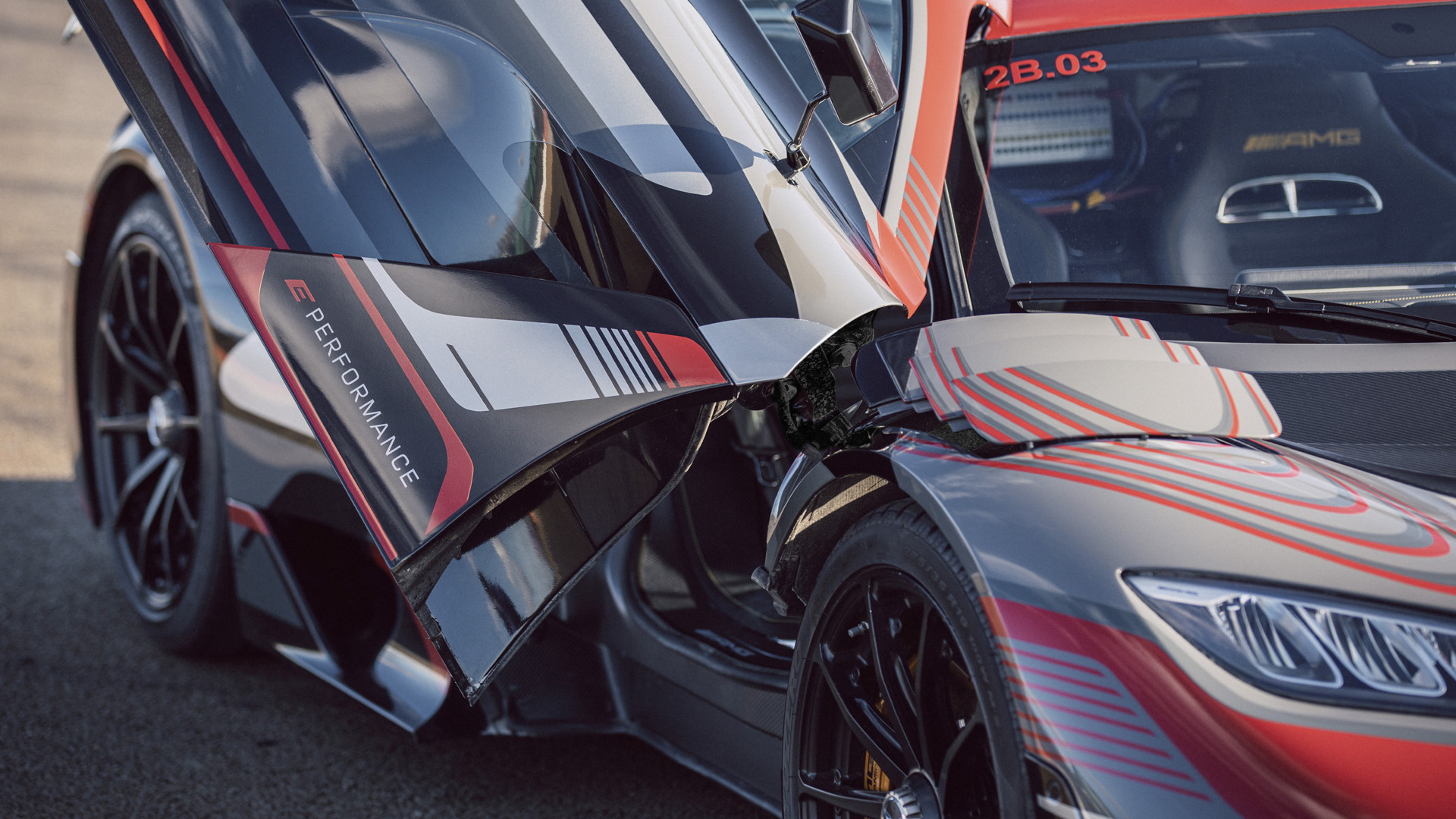 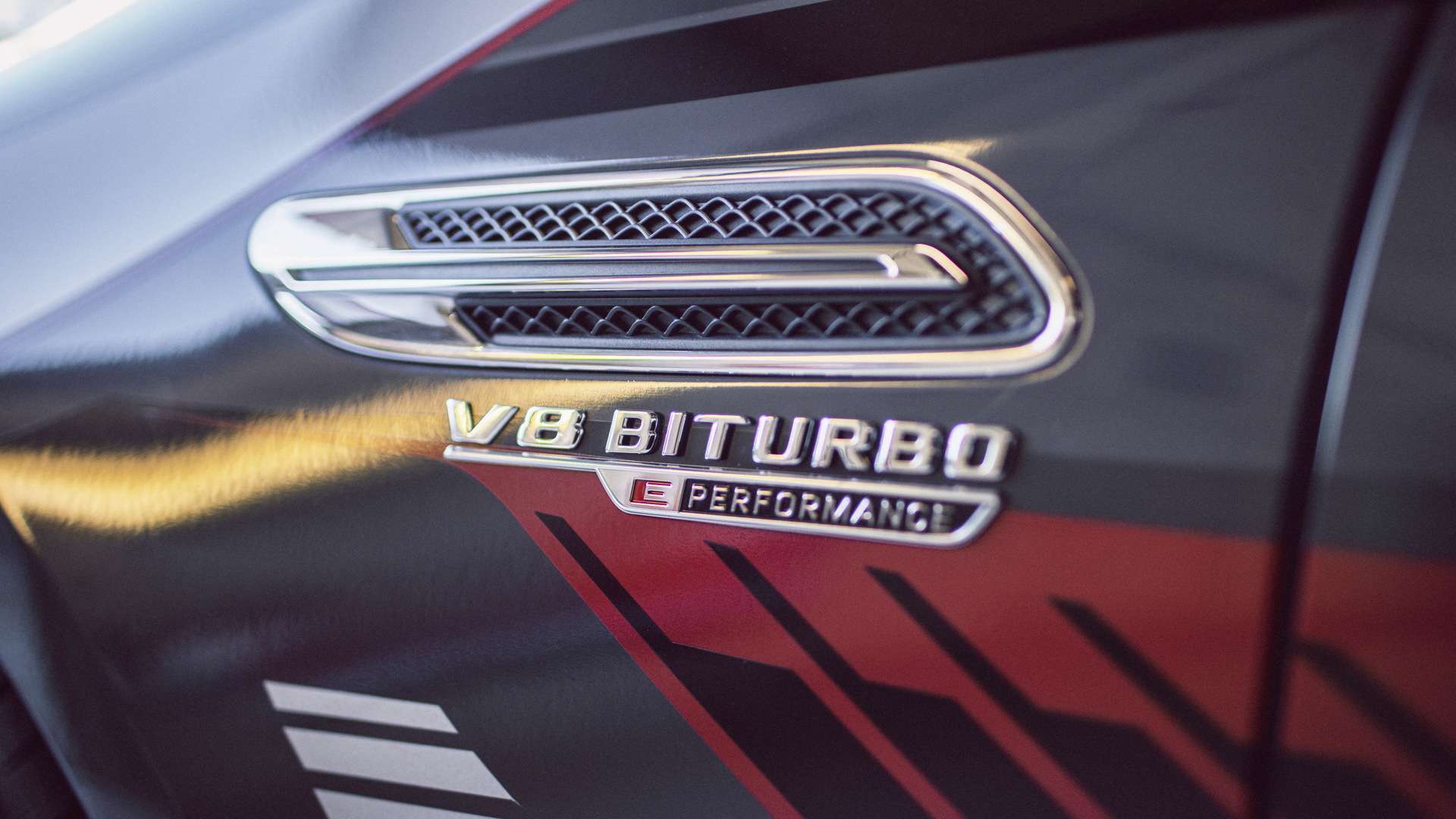 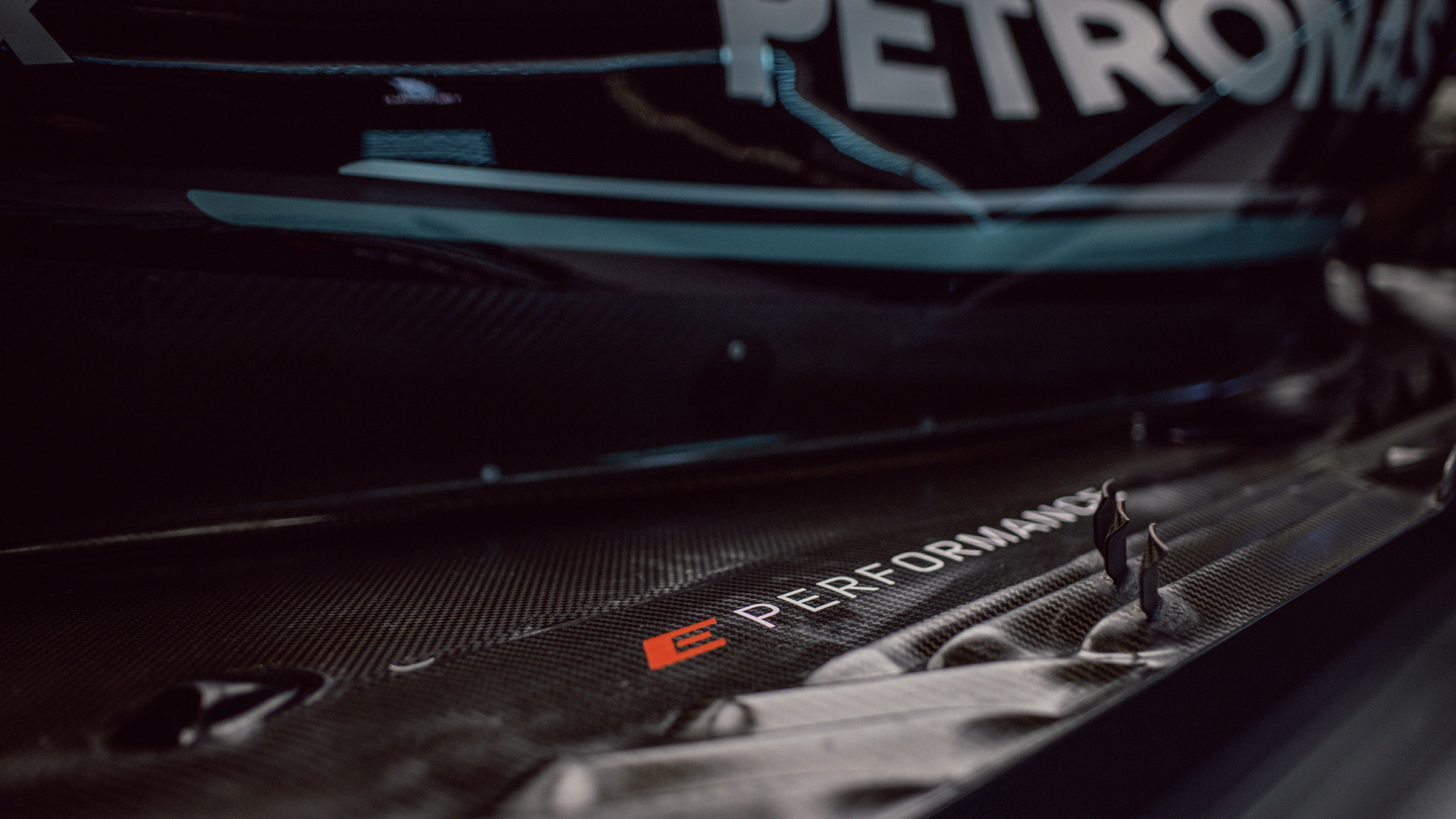 Mercedes-Benz AMG's 2021 Formula One race car was unveiled on Tuesday as the W12 E Performance.

The “E Performance” portion of the name signifies the car as an electrified race car, and it is also destined to be the new designation for electrified road cars from AMG. It replaces the “EQ Power+” designation that AMG previously said would feature on its future electrified fleet.

The significance of using E Performance on both the F1 race cars and future road cars is to strengthen the link between the two divisions of AMG, as well as highlight some of their shared technology. This is directly represented by the upcoming One hypercar which will feature the same 1.6-liter turbocharged V-6 from the F1 racer, specifically the unit used in the 2015 season.

Other technologies borrowed from F1 that we'll see in upcoming AMG road cars will include turbocharger-integrated motor-generators, as well as high-performance battery cell and cooling technologies. AMG said teams developing road cars will also benefit from F1 know-how when it comes to using simulation technology.

The One is due to start deliveries later this year but it won't be the only new E Performance offering from AMG that we'll see this year. Another is a new range-topping version of the GT 4-Door Coupe that is expected to pack over 800 hp. The One hypercar will have over 1,000 hp.

While E Performance is only being used on hybrid vehicles for now, it may eventually be used for fully electric cars as well. AMG has confirmed it is developing new electric cars, the first of which could be a version of the upcoming EQS.