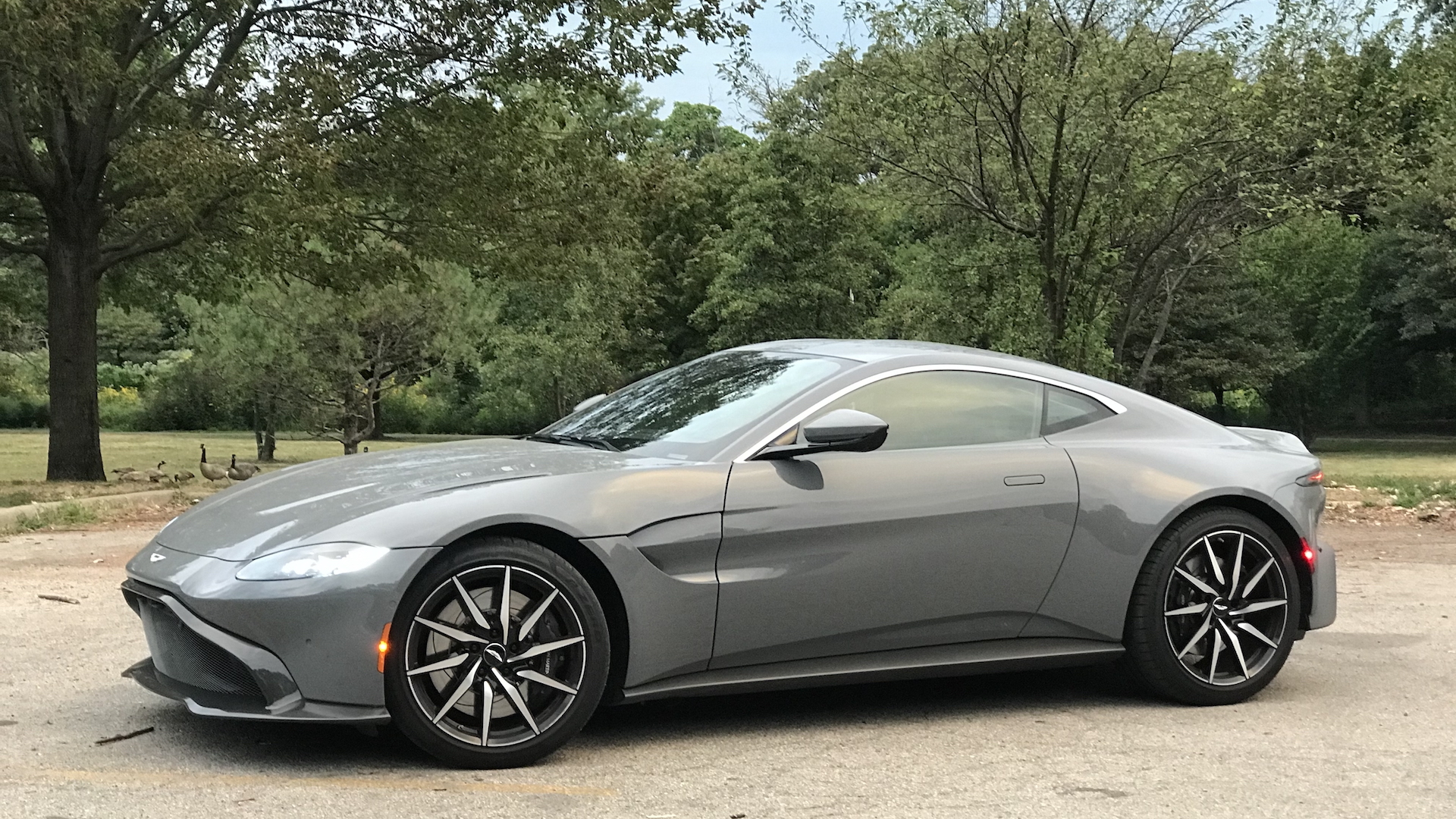 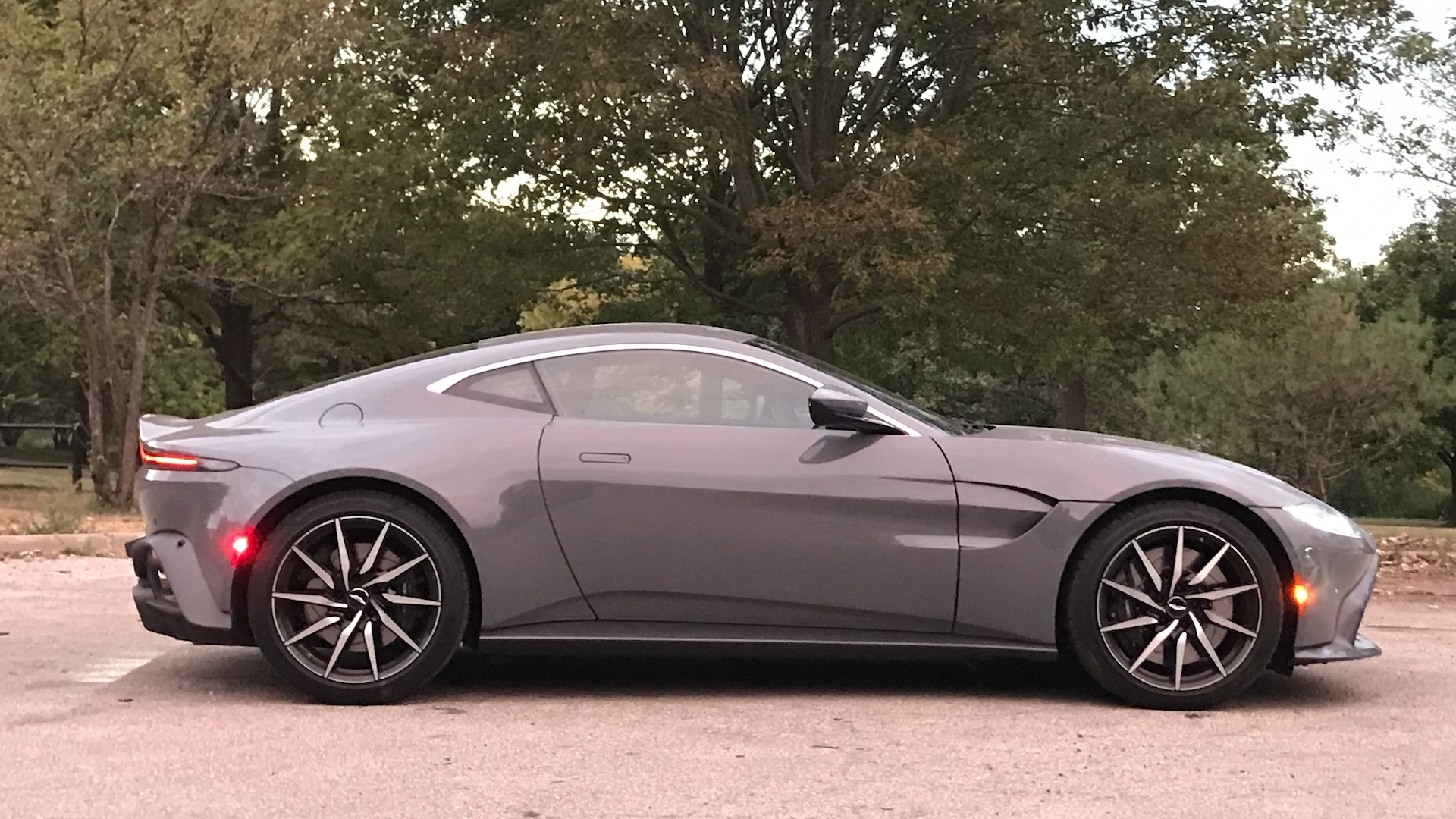 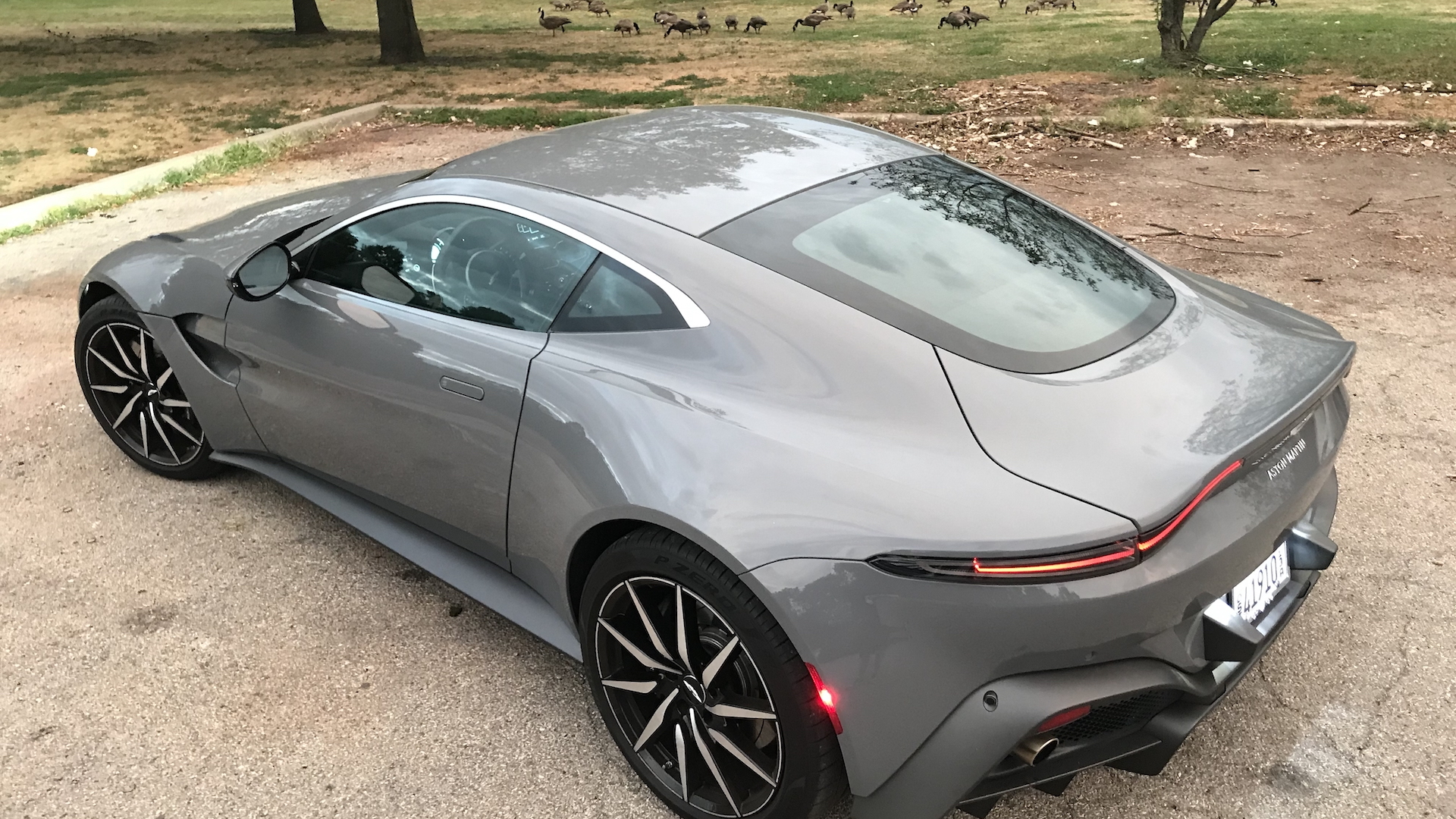 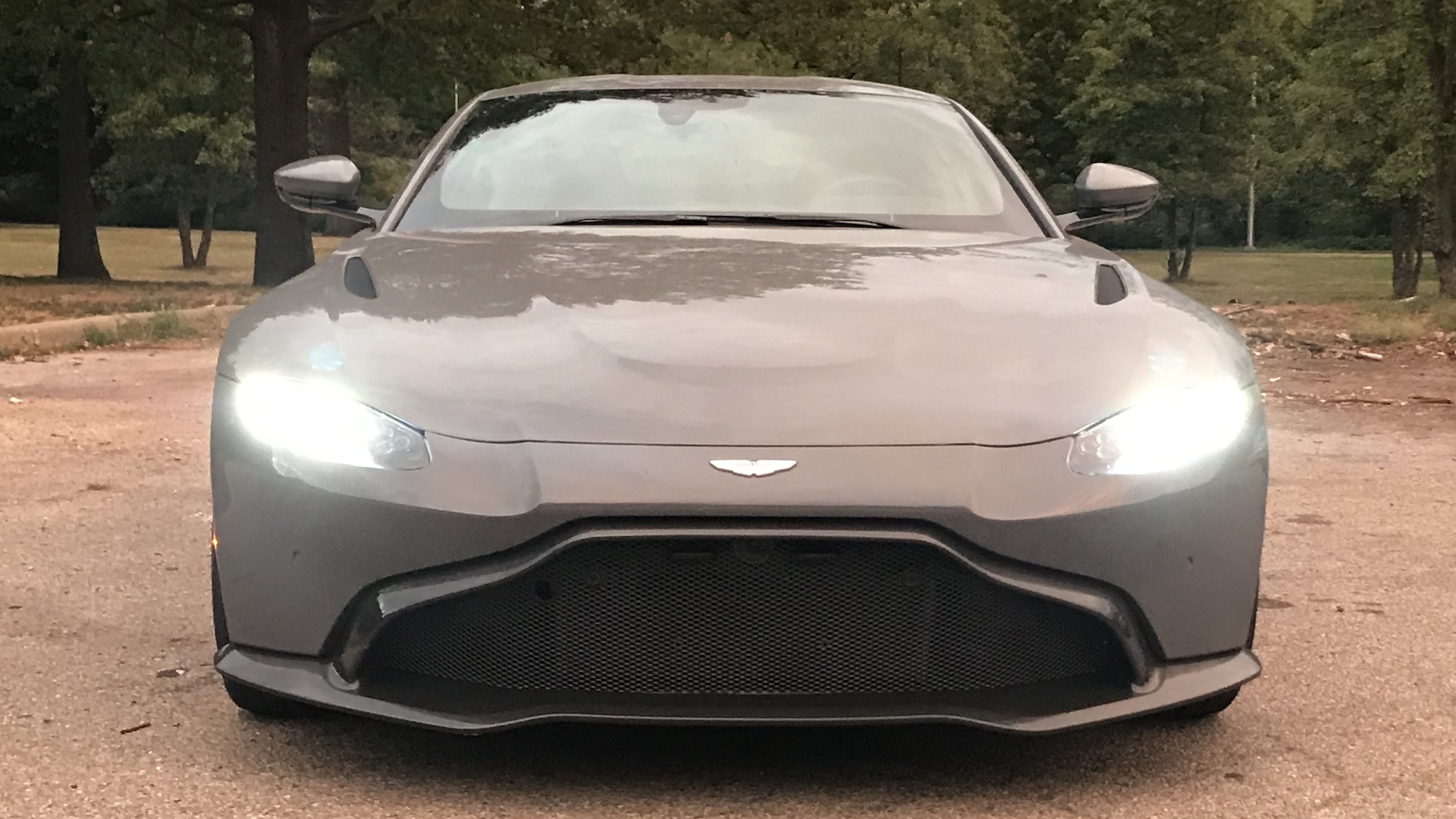 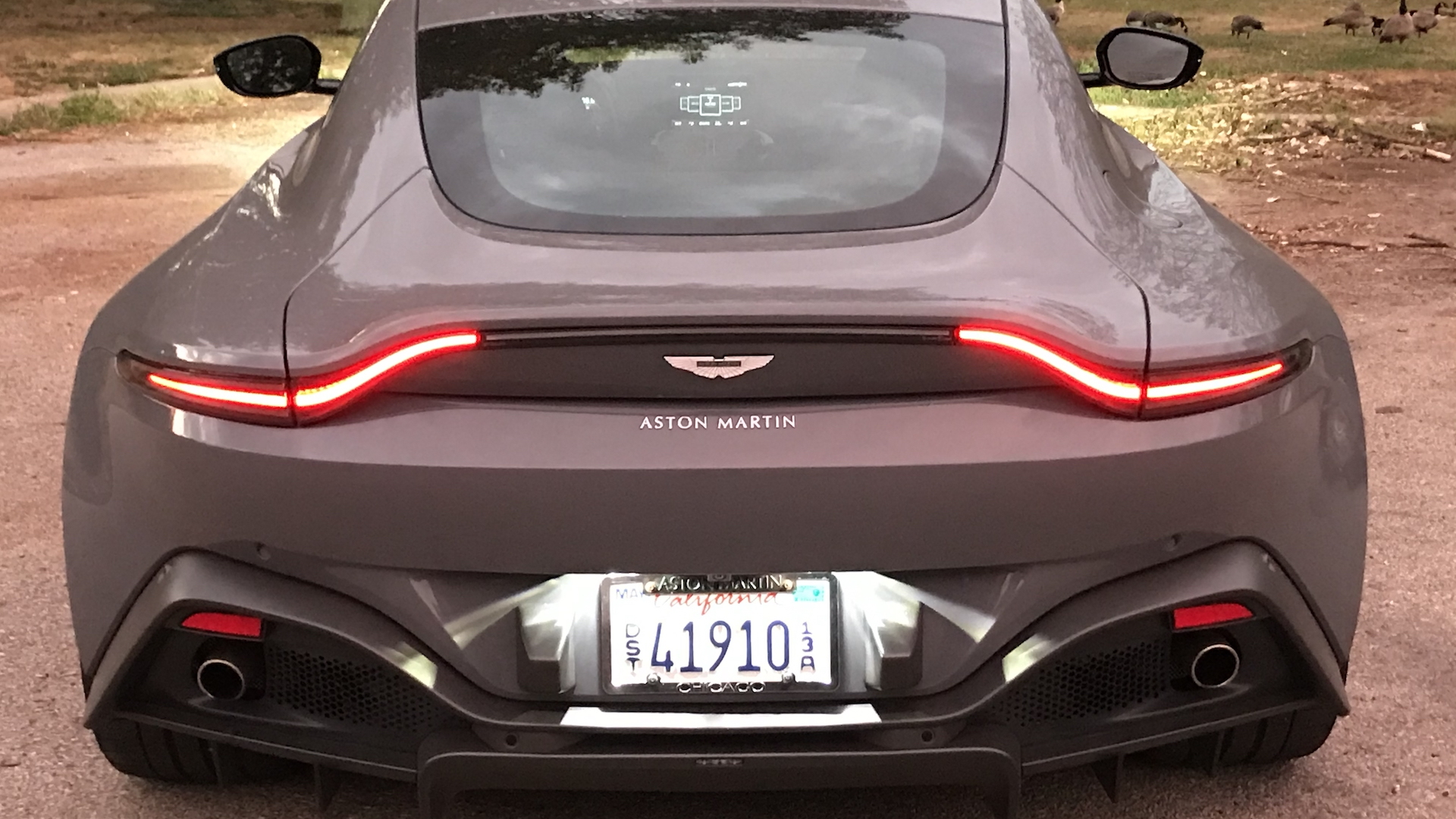 Perhaps no vehicle has taken a bigger leap forward from one generation to the next than the Aston Martin Vantage.

A lot of technology and engineering improvements have been made since 2005, which was the last time the Vantage was redesigned. I drove the manual-transmission Vantage AMR after its 2019 redesign, and I recently spent a week in an automatic model. Here are the positive and negative affects those advancements have had on the latest Vantage. 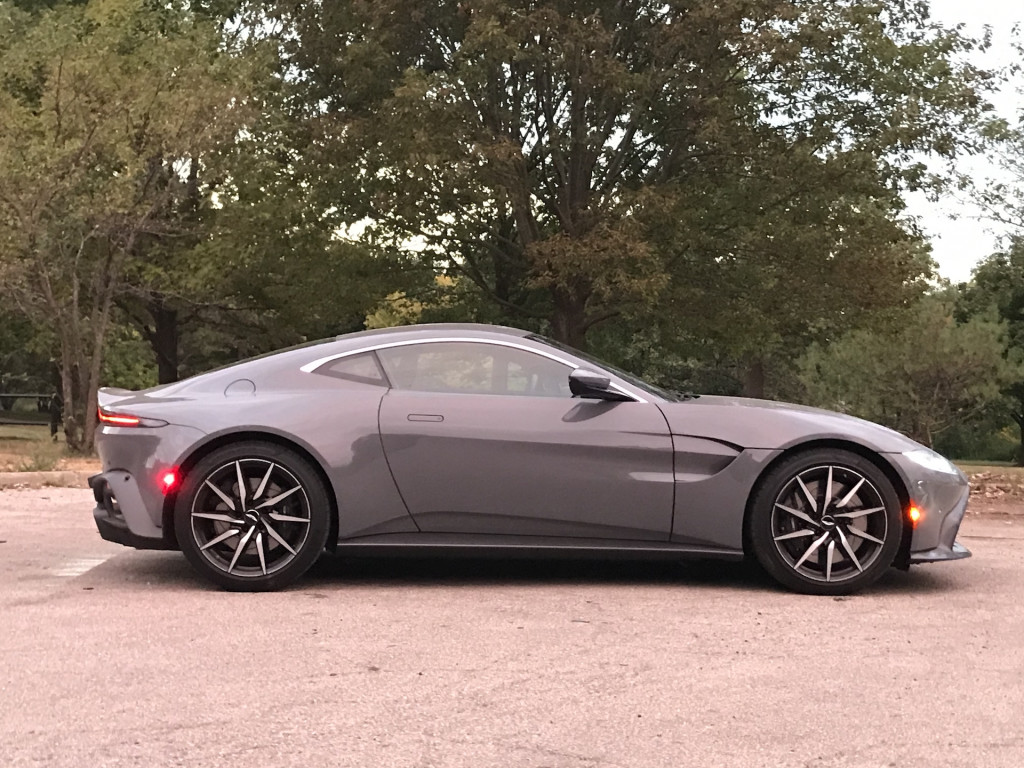 Hit: You can live with it or track it

The last-generation Vantage was a stunningly beautiful car. It also rode like a shopping cart. The new Vantage is the performance model in the Aston Martin lineup and it has the firm suspension tuning to prove it. Still, the stiffer structure allows for a softer suspension, which makes it far more comfortable than the model it replaces. This Vantage can be an everyday sports car, and that will encourage owners to drive it more often and show off its stunning looks to an adoring public. A 2021 Vantage roadster is also on the way to add top-down driving to the experience.

The new Vantage also excels as a sports car. The car shrinks around the driver with quick-twitch moves thanks to extra-sensory steering and a near-perfect 51/49 front/rear weight balance. It approaches the Porsche 911 for handling prowess, but… 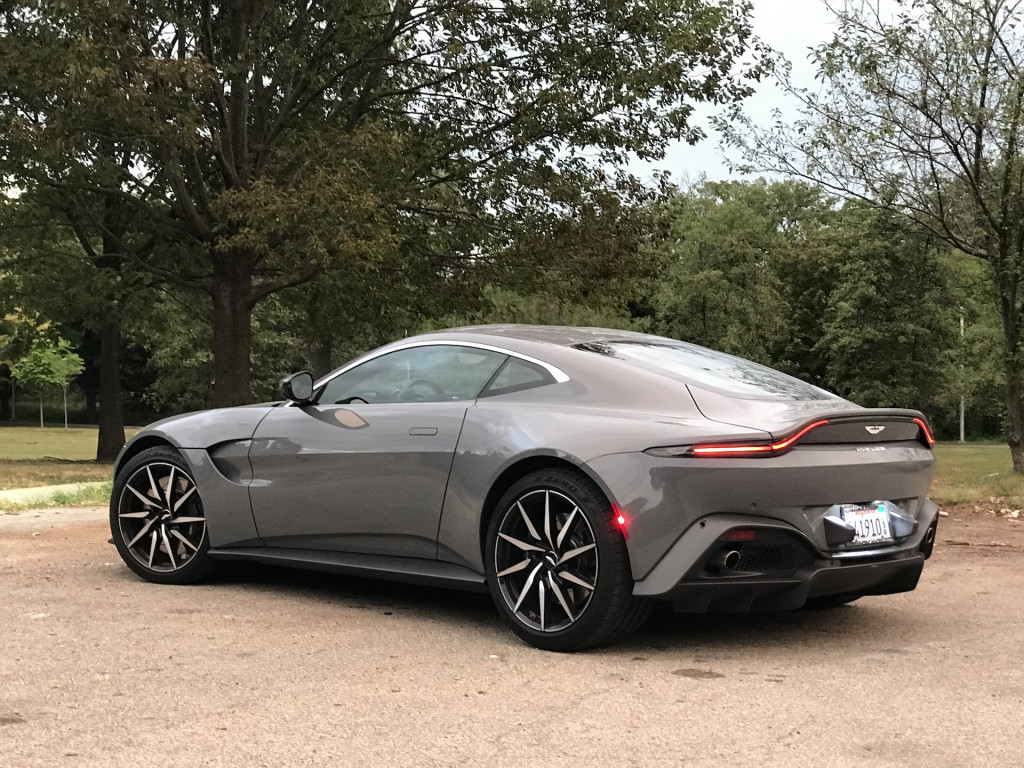 ...the Vantage starts at $156,081, almost $40,000 more than the most comparable 911, the Carrera S. That price is also about $15,000 more than the last-generation Vantage. The upgrades certainly make it worth the upcharge versus its predecessor, but the problem for the Vantage—and for other high-end sports cars—is the screaming value and exacting engineering of the 911. Factor in the power and poise of the $60,000 C8 Chevrolet Corvette, and you really have to fall in love with the Vantage’s looks to choose it over those rivals. That’s not hard to do, and there is also something said for being different. 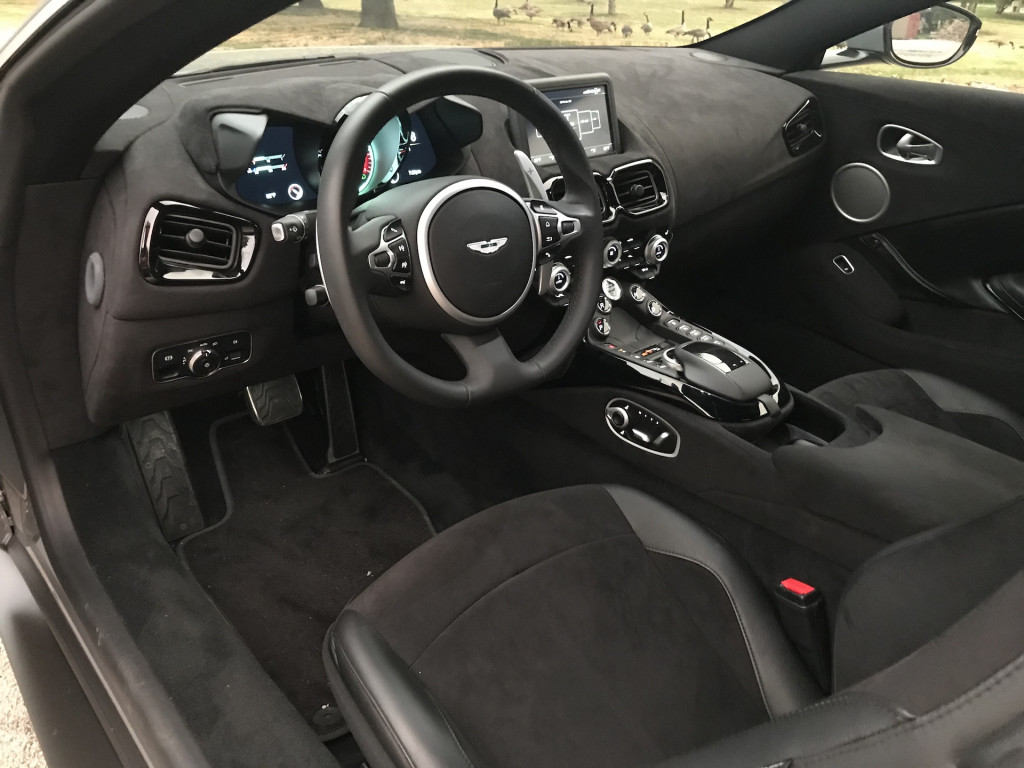 The Vantage comes exclusively with the Mercedes-AMG twin-turbo 4.0-liter V-8 (no V-12 thus far). The engine makes 503 horsepower and 505 pound-feet of torque in the Vantage when backed by the 8-speed automatic transmission in this test car (it has less torque with the manual). It’s a strong powerplant that delivers ready, raucous power and sings a Mercedes song tuned to an Aston Martin pitch to be even more sonorous. The 0-60 mph jaunt takes just 3.6 seconds and the top speed is 200 mph. Aston Martin could have developed its own engine, but why bother? This is one of the best V-8s on the market.

Aston Martin also adapts its infotainment system from Mercedes-Benz. It doesn’t look the same but it acts the same as pre-MBUX systems from Mercedes. The system is controlled through a central rotary dial that requires a learning curve, but it has a lot more functionality than Aston Martin would likely develop on its own. 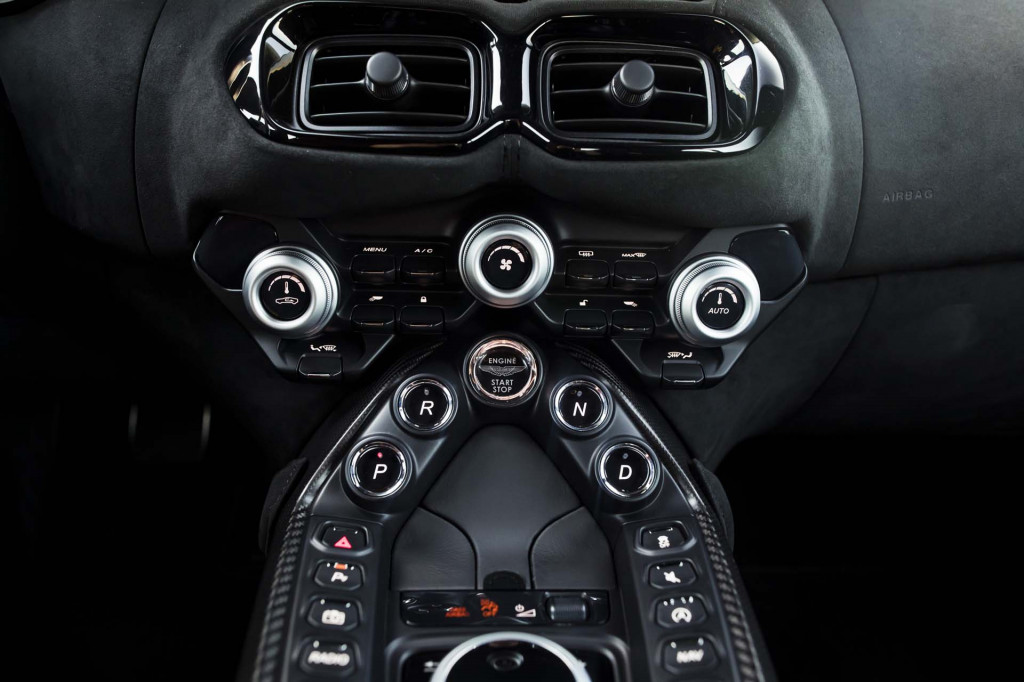 Sit inside the Vantage and the control layout is different than most of us are used to. The starter button sits in the middle of the center stack flanked by four shift buttons. That’s quite different for a sports car but not entirely new given similar buttons from Lincoln. Aston puts the seat controls on the side of the center console, the center screen lacks touch controls, and this test car is ensconced in synthetic suede like it’s socially acceptable. It’s all a little bit off, though it could be viewed as charming in an off-kilter British way. 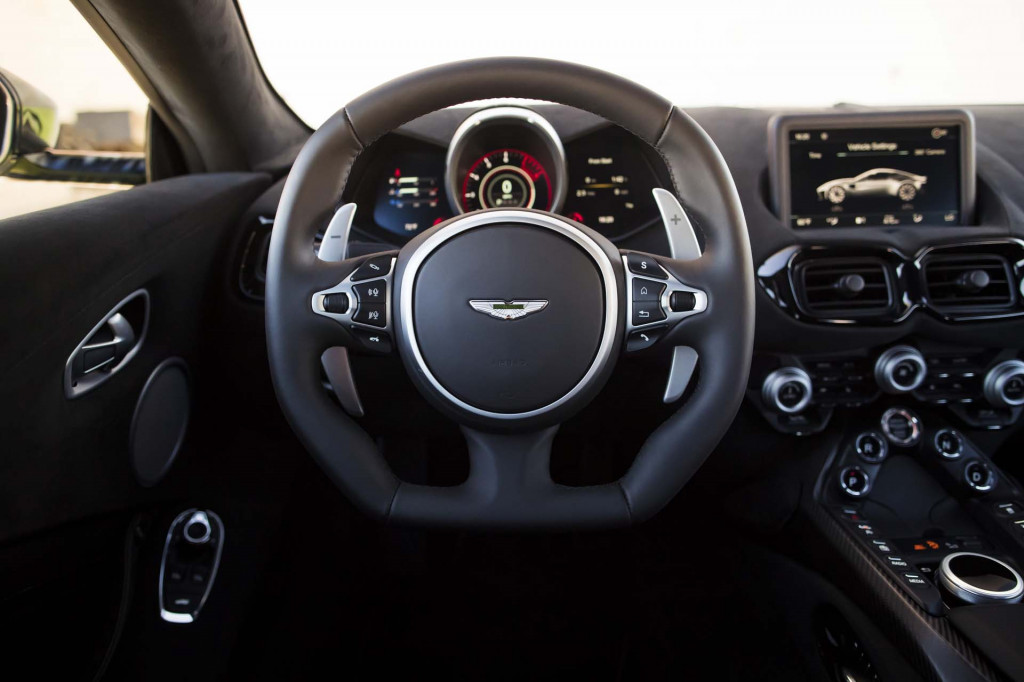 Aston Martin also forges its own path in how it approaches drive modes. Many automakers offer an Individual mode that allows drivers to choose their own parameters for throttle response, stability control, suspension tuning, steering, sound, etc. The Vantage presents a simpler, more elegant solution. The Vantage has two mode controllers on the steering wheel, each with Sport, Sport+, and Track settings. The toggle on the left is for the adjustable and adaptive dampers, while the one on the right handles the engine and throttle response. Like the quicker response with the softer suspension? Set them and forget them. Prefer the relaxed throttle and suspension for the street and the more aggressive settings for canyon carving or track driving? The changeover is easily accomplished with a quick thumb press on each side of the steering wheel. Other automakers Individual modes are easy enough to change, but they often require diving deep into submenus. This method separates out power delivery and suspension tuning—the two parameters that most affect drivability—and makes them very easy to change.

EPA fuel economy: If you have to ask…